NEWS
If you want to get a full $1,400 stimulus check, you need to know this

Before file your 2020 tax return, it may be financially beneficial to consider this so you can get a bigger stimulus check.

The IRS will likely base the amount you'll get in your stimulus check on your 2020 tax return. You may want to wait before filing.

NEWS
Asteroid to hit Earth a day before U.S. Election, 2020 is relentless

2020 has been crazy, and now another thing can be added to the list of surprises as scientists found an asteroid heading for Earth.

NEWS
President Trump exposed to security vulnerability through his own app

A security vulnerability has been found in President Trump's 'official Trump 2020' campaign app.

The government has estimated how much the coronavirus is going to cost the economy.

The helicopter NASA will be launching on the Mars surface now has a special name, and fits perfectly.

Julian Assange, Edward Snowden and Chelsea Manning have been nomiated for the 2020 Nobel Peace Prize.

NEWS
American's dream vehicle for 2020 is a Ford, not a Tesla

Google trends data indicates that Ford leads the pack of American's most anticipated vehicle brand for 2020.

It's rumored that a Nintendo Direct will be featured sometime this month.

NEWS
2020 is the year of the most 'gender-inclusive' emoji's

The Unicode Consortium will be adding 117 new emojis, some of which are gender inclusive.

Thermaltake chooses an aggressive new style for its AH T600 TG, which provides a rather unique styling compared to standard PC chassis.

ARTICLES
The Best Tech of the Decade

Technology has come a long way forward in the last 10 years, here's a round up of all of the best tech of the last decade. 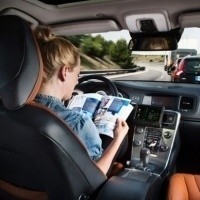 NEWS
Volvo want self-driving cars by 2014, would like an accident-free fleet by the end of the decade

Volvo's future is automated - wants self-driving cars by 2014 and a fleet of accident-free cars by 2.