Micron drops the hammer with their new 9100 Series SSDs, featuring unmatched write performance combined with one of the industry's lowest price points.

Transcend's SSD370S SSD is another in a long line of SM2246EN controlled drives. Does this 512GB SSD have anything that will make it stand out?

ADATA's SP550 gives us our first look at Hynix 16nm TLC toggle flash. Powered by SMI's 2256 and an SLC cache layer, does this new SSD deliver the goods?

Crucial's low cost, high performing MX200 SSD is back in the lab for another round of RAID 0 goodness, this time in a 3-drive array.

Crucial is aiming for those of you who have yet to take the SSD plunge. Is the BX100 ho-hum, or does it have a little magic under the hood?

Crucial's newest SSD is slated to replace their best bang for the buck MX100. However, is the MX200 a worthy replacement?

Crucial's MX200 has launched as a replacement for their awesome performing, low cost, mid-level MX100. The MX200 promises better performance.

NVIDIA is happy with TSMC, says that the Taiwanese giant is a 'very important' partner.

Crucial's low-cost, high-performing MX100 SSD is back in the lab for another round of RAID testing goodness - this time in a three-drive array.

The ZETA pops up in Asian markets, likely headed to US and European markets.

Scott Shadley from Micron stopped by to discuss their latest SSD products. 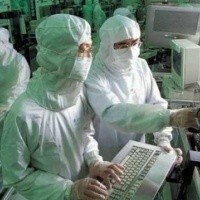 TSMC thanks their 28nm manufacturing technology for their record Q3 profits.