EPOS | Sennheiser has just dropped a new gaming headset that can deliver gamers up to 100 hours of solid battery life and some premium-level sound.

That headset is the GSP 370 and slides right into the mid-range priced gaming headsets that EPOS | Sennheiser has on offer with a price tag of $199. The GSP 370's main marketing feature is its long last battery life, premium sound, and low latency wireless connection. Today, we will be diving into all of those key features plus more to try and find out if the GSP 370 is worth the money or not.

EPOS | Sennheiser has always had inflated prices for its products, but those product prices are proportionate to the quality and experience a gamer can get when using it. Essentially, EPOS| Sennheiser gaming headsets are expensive compared to other brands at those headsets' respective price points, but what you are paying for - and EPOS| Sennheiser is by no means hiding from this - is that "premium" gaming experience. Let's see if EPOS| Sennheiser has done it again with the GSP 370. 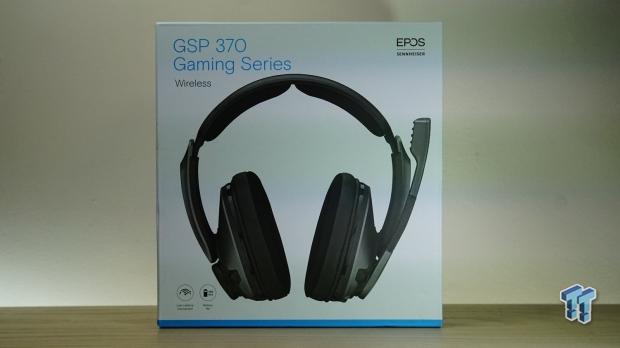 First off, we have a front-on image of the box, and as you can see, there is a clear graphic of the GSP 370, with very simple and minimalist branding. 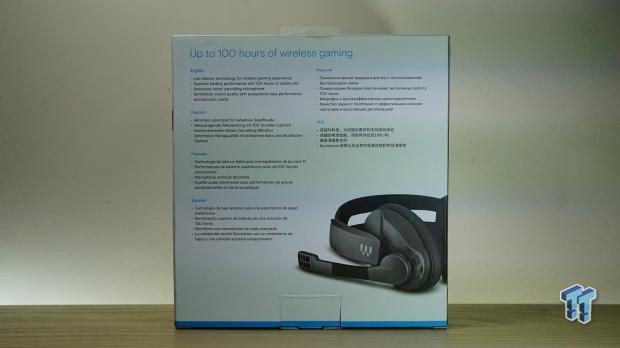 Moving on to the back of the box, we can see the "up to 100 hours of battery life" at the top of the box, as well as the key features listed out in the top left. 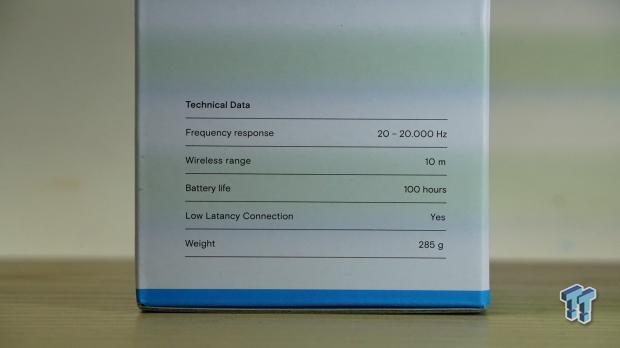 On the side of the box, we can see the technical data that shows the headset's weight, frequency response, wireless range, battery life, and low latency connection. 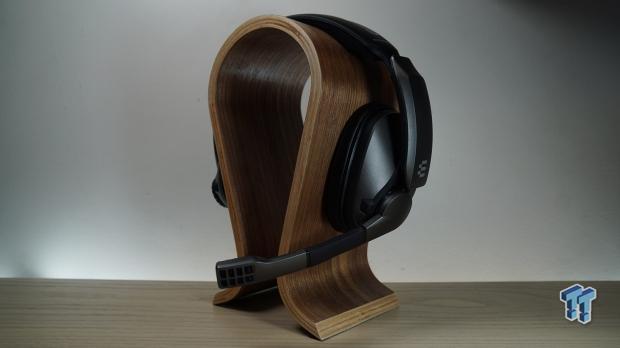 Here we have an image of the headset out of the box, and we can notice the very "Sennheiser" design of the headset - big chunky microphone, thick headband, sleek-looking style, and a matte gray finish. 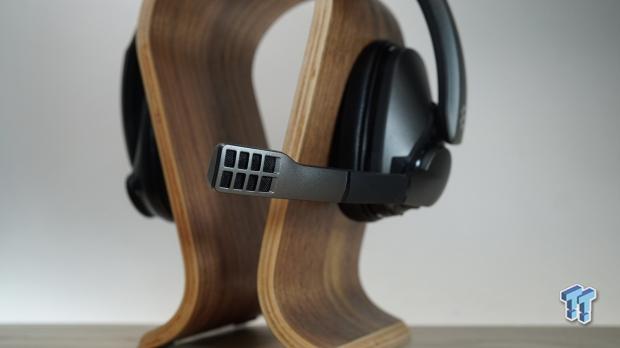 Moving on, we have a close-up of that classic Sennheiser microphone. The microphone has a uni-directional pick-up pattern and isn't removable. We will get more into its performance in the 'performance' section of the review. 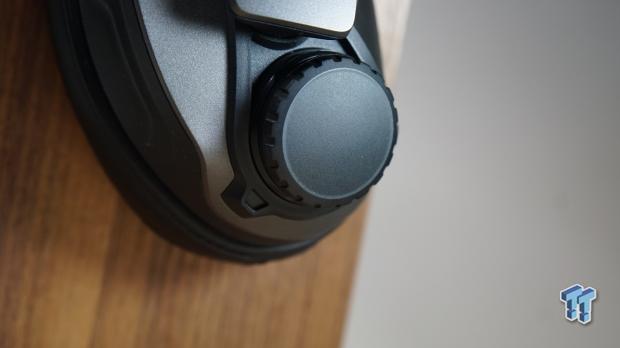 On the right-hand earcup, we have the large volume wheel that is directly linked to your Windows volume level. Above the volume wheel, we have some plain EPOS branding. 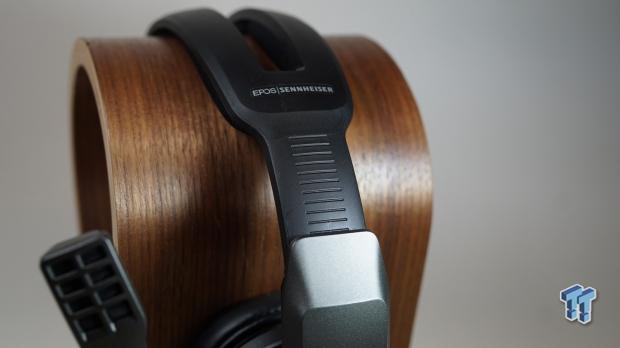 Here we are taking a look at the headband and the size adjustment mechanism. The headband is constructed of metal but has a plastic casing. 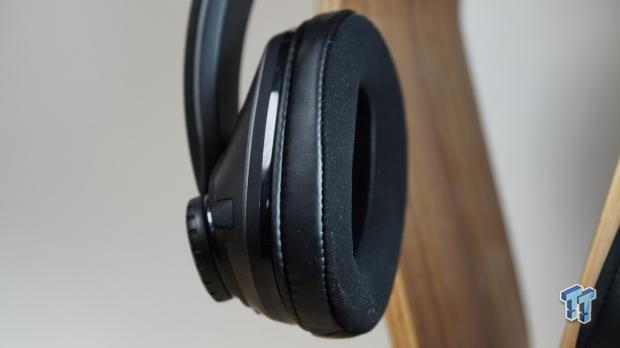 Next, we have a close-up of the earcup fabric. From the image, you can see that the part of the earcup that is touching your head is a soft fabric, and the outside is leather. A very nice touch. 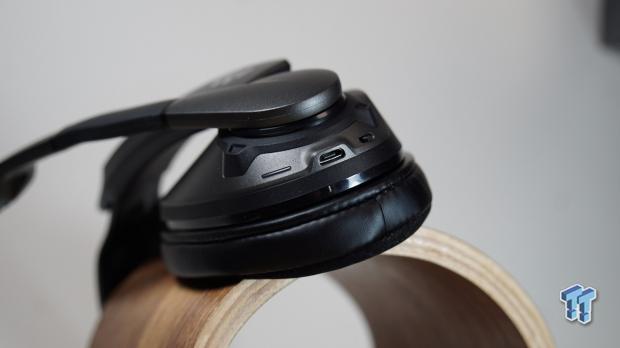 On the left-hand earcup we have some functionality controls; LED power indicator, power switch, and a micro-USB charging port. 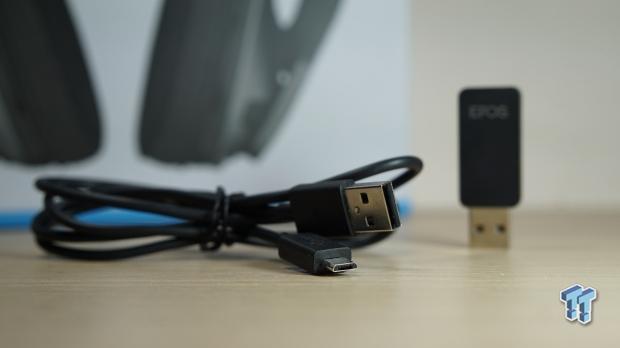 Lastly, we have an image of the provided USB dongle. There is nothing special about the dongle besides its long-range connection, which I will get more into the 'design' section of this review. 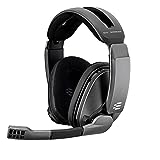 The GSP 370 feature a very stock standard Sennheiser-look, and when I first held them in hand, I noticed that they were a lot lighter than I first anticipated. The weight wasn't too light where you're led feel like the headset is cheap - it was the perfect amount where it's still light but still feels premium (285g). Sennheiser | EPOS has touted that the headset can give a user 100 hours of audio without needing to charge, and I can certainly confirm that this statement is accurate as I barely needed to charge the GSP 370's throughout the time I was testing it. 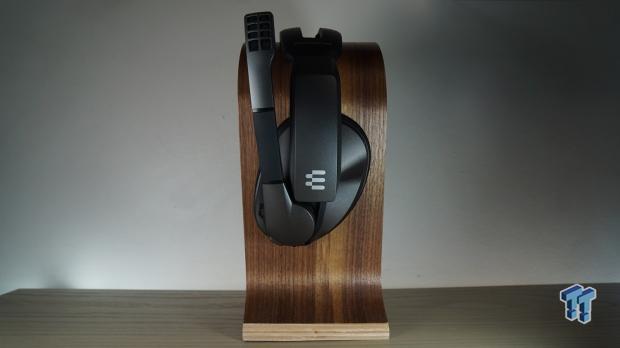 Not only does the GSP have ridiculously good battery life, but it also has a super long range. The box states that the headset has 10 meters of range from the dongle, and I verified this by walking out the back of my house to an estimated 10 meters. The connection held strong, which made the GSP 370's one of the longest range headsets I've ever tested. As for the earcups, the D-shaped design that Sennheiser | EPOS has gone for really emphasizes noise cancellation as the tension of the headset really holds the earcups tightly to your head.

While the GSP 370's are certainty a tight-fit gaming headset, the cushions that it's equipped with make the all-around wearing experience very enjoyable. Sennheiser | EPOS has kept the functionality on the earcups to a minimum with only a micro-USB charging port, power on/off switch, volume dial, and a power/pairing indicator LED. Since the GSP 370 is also aimed at console gamers, I would have liked to have seen the inclusion of voice/chat mixing or microphone volume options, as well as earcups that swivel.

Overall, the design of the GSP 370's is very minimal but quite sleek. While I love the aesthetics of the headset, and the functionality options it offers do work perfectly fine, I can't help but feel that Sennheiser | EPOS missed some opportunities to include some premium-level functionality. 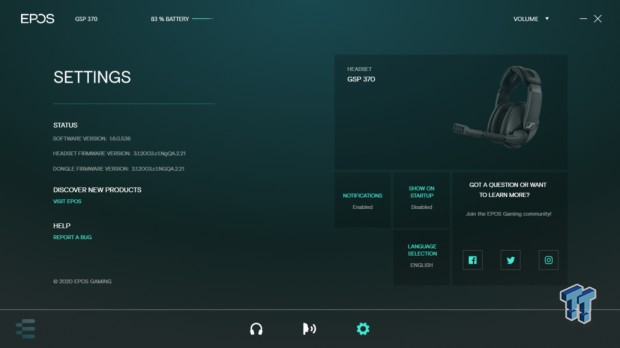 After downloading and installing the EPOS Gaming Suite software, you will be presented with the above screen. Here you will be prompted with updates for the GSP 370 and the dongle. I highly recommend that you update the GSP 370 to its latest software immediately after purchasing it because before I updated it, I had to plug the USB dongle in and out after every reboot to get Windows to detect it. This problem was completely solved after I updated the dongle and headset. 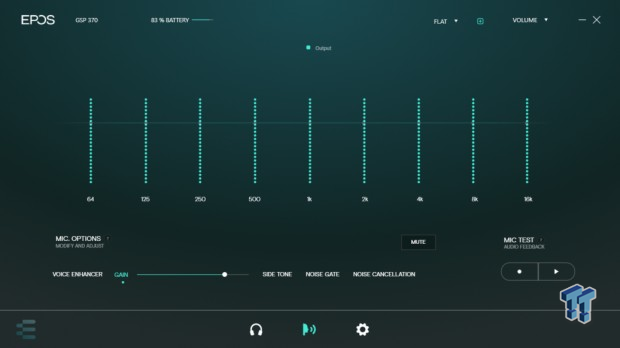 Next, we have the GSP 370's EQ options. Located at the top right are audio presets that include; Music, eSports, Flat, and Movie. There is microphone gain at the bottom of the window, sidetone, noise gate, and noise cancellation control. 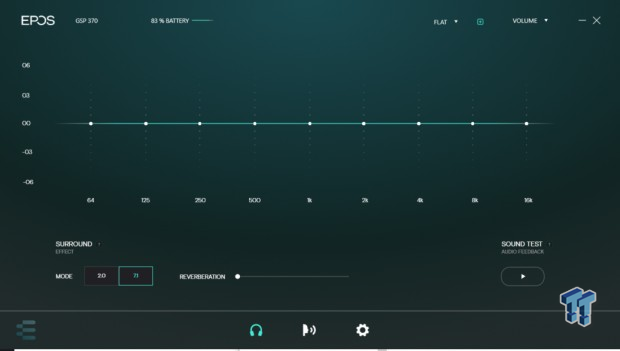 Lastly, we have the levels of the GSP 370, and in this part of the software, the user can switch between stereo and surround sound.

The EPOS Gaming Suite has come a long way from what it once was, and I'm very happy to see that being someone who reviews a lot of Sennheiser | EPOS audio products. There is still quite a lot of work to be done for it to become an awesome piece of audio software, but I imagine Sennheiser and EPOS are working on that very thing right now.

The GSP 370 definitely packs a punch when it comes to performance. The sound is very solid, and over the course of using the headset as my daily driver, I really came to appreciate the sound quality for its price. In all of my tests, the headset produced more than adequate levels of bass and a crisp full sound that boosts levels of immersion. Adding to the audio performance was the noise-cancellation design that keeps the headset pressed tightly against your ears, making sure you don't miss a beat when it comes to hearing that delicious premium audio. 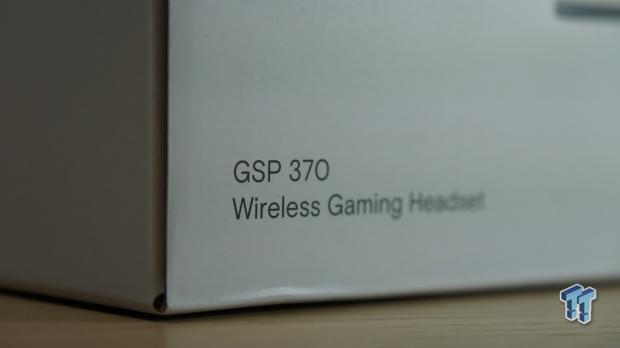 I put the GSP 370's in a few different games to gauge how the headset combated different game genres. I first tested the GSP 370's on Apex Legends, and as I expected, the headset gave a clear and crisp in-game sound that appeared to be very balanced and not muddled. I was able to clearly track my enemies' footsteps in both stereo and 7.1 surround mode, as well as enjoy the sweet high-pitch sounds of my enemies' armor cracking under the pressure of my myriad of bullets.

I switched over to Middle Earth: Shadow of War after an extensive Apex Legends gaming session and really tried to dial myself into the headsets audio performance in an RPG. What I found after playing some hours of the game was that the GSP 370 produced perfectly balanced clear audio that would hold up in any type of game. I tested my theory by jumping into a few different games in my Steam library, and it proved true - the GSP 370's simply sounded fantastic in every game I played.

Being one of the leading companies in audio, Sennheiser doesn't make gaming headsets that ruin the sound of your favorite songs, and the GSP 370's are no exception. All of the following artists I listened to sounded awesome: Jimmy Hendrix, Mick Gordon, Howard Shore, Hans Zimmer, Jcole, Drake, Eminem, Led Zeppelin, and Chet Faker.

The GSP 370 has many more positives than it does negatives, and if the following are some key aspects you are looking for in a gaming headset, then you may want to consider it for purchase: premium audio, a decent microphone, long battery life, light but sturdy build, sleek design, and minimalistic design.

There are few downsides to the GSP 370, but I believe that there was a missed opportunity for the addition of an in-game audio and chat mixer and an improved microphone. I also would like to see much more added to the EPOS Gaming Suite.

So, is the GSP 370 worth the $199 price tag that is attached to it? Well, that depends on what you are looking for in a gaming headset. 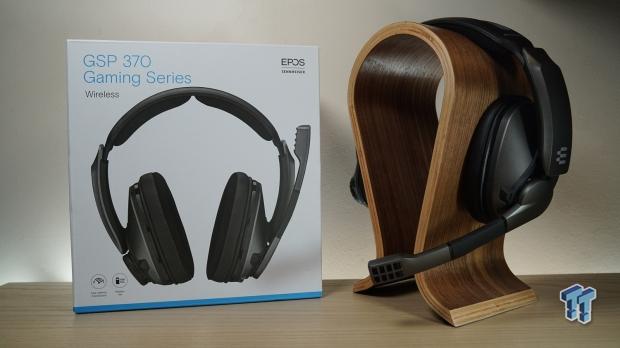 The GSP 370's feel more aimed towards PC gamers rather than console gamers, and the reason I believe this is because there is a lack of a dedicated balance dial for in-game audio and chat audio. If the GSP 370's were equipped with one of these, I would be more comfortable recommending it for a console gamer, as I believe that is a feature that many console gamers that play online with friends appreciate. With all that in mind, I believe that Sennheiser | EPOS has created a great gaming headset that is worthy of its price tag in the eyes of the right gamer. If you want to take a step into premium audio, the GSP 370 will not let you down.

The Sennheiser | EPOS GSP 370 is a fantastic entry point for a gamer that is looking to dip their toes into premium gaming audio. While there isn't much functionality with the GSP 370, the features that it does have are high-quality and reliable.