While we have been looking at a lot of high-end equipment on TweakTown as of late, we tend to forget sometimes that while high-end is good, it's not all of the market. In fact, enthusiasts only make up for around 12% of the market - while that's a lot of money, most sales are in mid-range PC and the retail sector for point of sale and various other segments.

One of the other sectors is the micro PC environment (today's subject is Mini-ITX) that people love to have as their home theatre PC's or even car computers.

Today we are not only reviewing a Mini-ITX motherboard that we think is ultimately the best car and HTPC motherboard to hit the market, we also built ourselves a rather basic yet impressive car PC into one of our FWD vehicles.

Today Albatron enters the micro PC market with their KI51PV-754 motherboard. We'll first take a close look at the board and then built it into a car and show you how we did it. 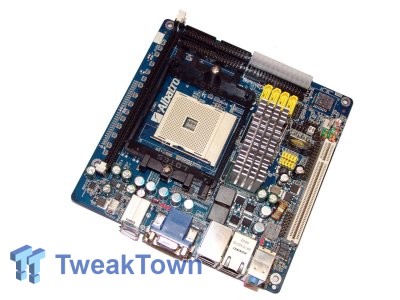 Since we aren't really reviewing the motherboard itself but more of what it is capable of doing, we decided to showcase the board and features and get right into the car PC. First off the board uses a Mini IXT layout measuring 17x17cm. This format was started by VIA for its C3 and C7 processors but Albatron has gone one further.

The K15IPV-754 uses AMD's K8 technology. That's right, it's a Socket 754 based board which supports the older AMD Athlon 64 754 processors or the newer Socket 754 Sempron based processors. Being Socket 754 based means it only has a single memory channel, which is just fine since the board only has room for one DIMM socket (and performance isn't critical in this environment), you aren't missing out on Dual Channel memory support, simply because 754 chips don't support it anyway.

The board itself packs a hell of a lot of hardware onto the small space. The chipset is nVidia's GeForce 6150 Northbridge with the MCP430 as its backup. The Northbridge integrates nVidia's GeForce 6 series graphics core to what is already a great chipset. This gives you some of the best 2D graphics and some basic 3D graphics - we're not talking PREY or F.E.A.R. worthy but for running some basic 3D rendering. It's one of the best DVD playback engines available. 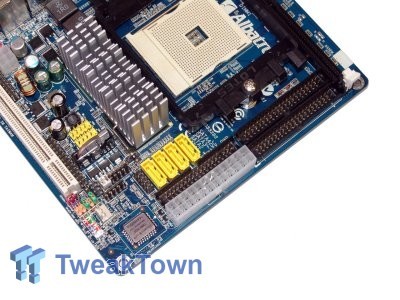 The MCP430 integrates four Serial ATA ports, two IDE, FDD, PCI Express and twin Gigabit Ethernet ports for your convenience. The board makes use of all of these features bar the PCI Express as there simply wasn't enough room on the board to have the extra slot. Nevertheless, for such a small form factor motherboard, it is loaded with features. 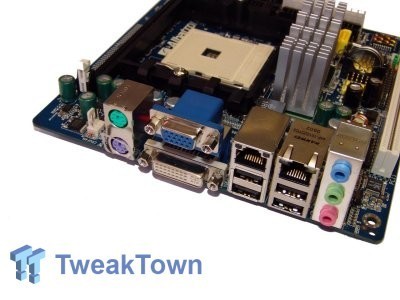 As always we like to see what you get at the rear I/O panel. Overall you have the perfect setup, which includes support for dual monitor - if you want to setup a HTPC, you can use both the CRT and DVI interfaces. The rest is pretty simple. 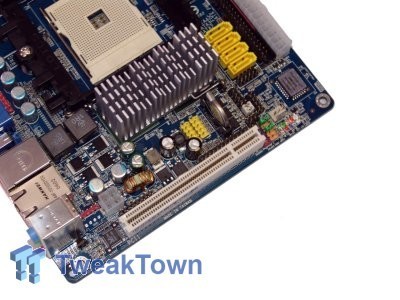 Expansion wise you only get a single PCI slot on the board. For adding a TV tuner or Wireless card, this is perfect. If you want to add both at the same time, you're out of luck, but this is what the Mini ITX standard calls for, only a single slot. Taking up very little space, you can only ask for so much but it still manages to include many features.

Car PC - What parts did we use?

What we used for the Car PC

Now we start with what we used and why it was used; 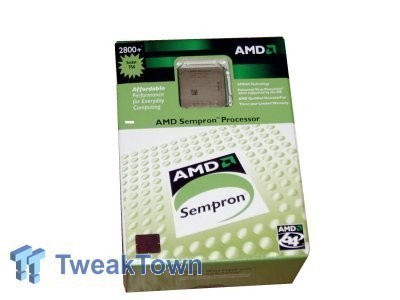 We selected an AMD Sempron 2800+ processor. This CPU not only supports Socket 754, but its thermal range is much better than the older Clawhammer based cores of the Athlon 64 on the 754 platform

This CPU is also a lot cheaper now and comes with AMD's 64-bit CPU technology - if you want to run Windows XP 64, you can. 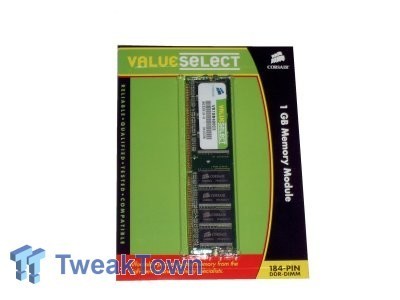 The memory we used is a single stick of Corsair Value Select DDR-400 module at 1GB. Since the board only has one DIMM socket and the graphics card uses the system memory for its frame buffer, we wanted the largest single stick of memory we could get but not spend a fortune on it. This fitted the bill quite happily from our local PC shop. 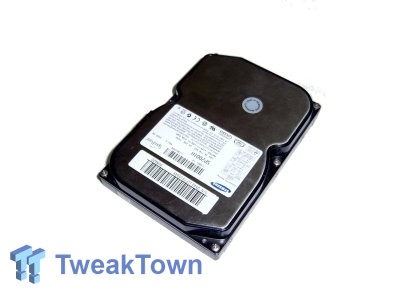 The selected HDD used was a Samsung 200GB drive. While DVD's are good, it's nice to have a collection of media on the PC, especially since this is going into a 4x4 and it does bounce about on the tracks and DVD's tend to skip sometimes in these situations. DivX movies don't and with 200GB of storage space, there is enough room to fit quite a few movies on there for the kiddies. 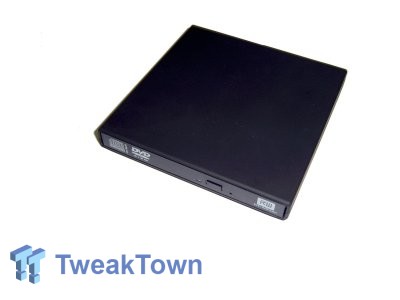 This was the best find. We found a slim optical drive that runs on USB ports. It is also a DVD recorder and yes it can run on a 5 or 12v source. This took care of the power for this unit, as it connects direct to the car battery. Perfect! 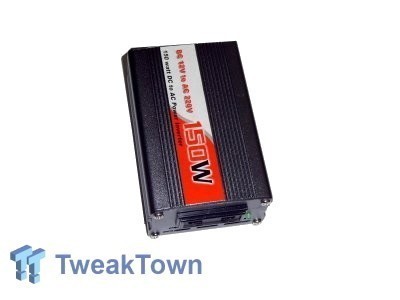 We used a standard 250 watt ATX power supply hooked up to one of these babies - in the picture above you can see the unit which powers the monitor and a 150 watt 12v DC to 240v AC inverter. A 300 watt model was bolted in under with the PC PSU to power it and the 150 watt unit was inside the centre console to provide power to the monitor. The LCD we used only draws 80 watts at max, so this power solution was perfect for the job. 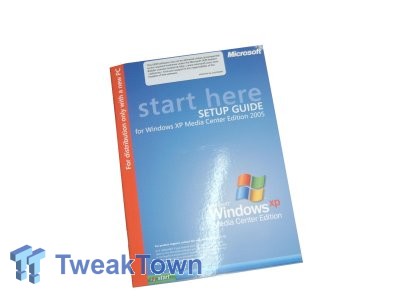 In order to make things as easy as possible to control whilst driving, we went with Windows XP Media Centre Edition with the remote control. The PC has no keyboard or mouse, unless you want to scrounge around in the back of the car - it's only there for debugging purposes. With XP MCE and the included remote control, you can control the PC and all its functions from there and with ease. 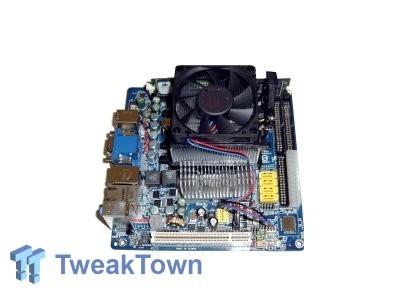 Here is the board setup with the RAM and CPU on it - very small and compact indeed.

Fitting the PC into the Car

We used a 1992 model Nissan Patrol 4WD, my daily driver and weekend warrior. This car has a large centre console area and it has room underneath to hide the PSU and inverters. 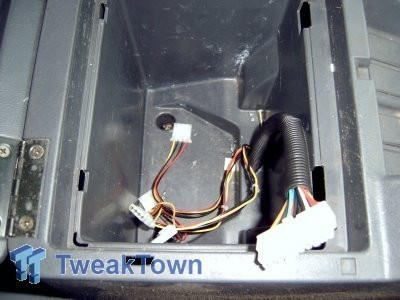 First off we have the PSU cables and the accessory cables coming up from under the console area. We put plastic piping around the ATX power cable as these cables are bulky and look better with some dressing up. 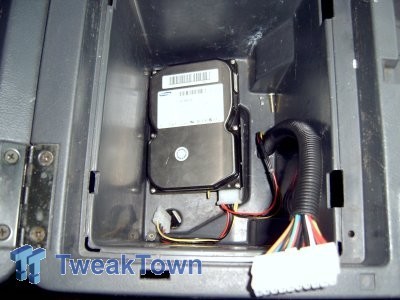 Thanks to a few friends, we made up some rubber mounts for the bottom of the HDD. These are pretty thick and have holes through the centre allowing us to bolt the HDD down to the floor of the console but still have some spring in it to take any shock when the car is going off road. 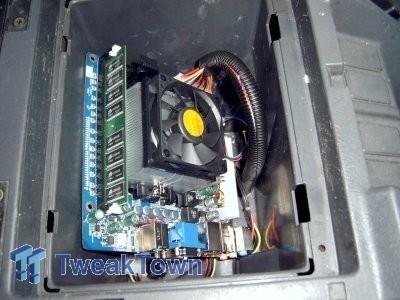 We used two diagonal brackets to support the board, one at the top the other at the bottom, both were supported on rubber to allow for cushioning if any shock comes thorough from the impacts sustained when 4WD'ing. 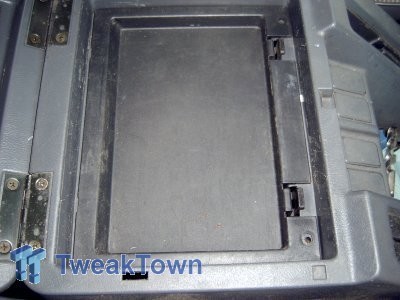 This is with the top cover for the centre console reinstalled allowing us to place some stuff back in there but not a whole lot. It also stores the excess cable lengths of the LCD monitor and the USB IR receiver. 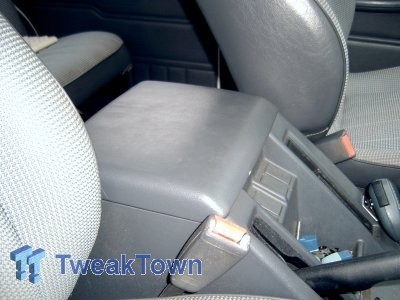 This is with the top of the centre console placed back down as per normal. Neat and tidy - you'd never know it was there and it is very quiet, too. 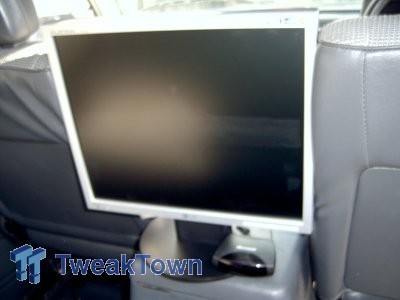 The 15" LCD I had planned for this project didn't work out after it blew up during first testing. So down to the local shop we went and the only ones in stock were 17" LG monitors.

While they are a bit of a tight squeeze, they do fit in. I ran hex head screws through the bottom of the centre console into the base of the LCD to hold it in place and ran the monitor wire into the centre console through the front clip that was removed. The IR receiver was double side tape attached to the base of the monitor to allow easy access. We are going to replace this monitor with a 15" unit in the next month when one comes in and will take some more pics with this smaller monitor. For the time being it is fine and the people in the back don't complain with the extra size of the monitor. 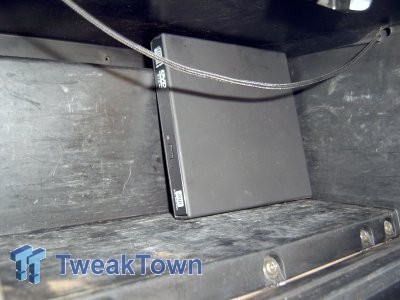 We ran out of space to put the DVD unit at the back, however, being USB cable based we managed to place the drive inside the glove box. Since the unit is designed to be a DivX movie playing machine, it won't need the DVD much other than to transfer files which will be done in the front with the keyboard. 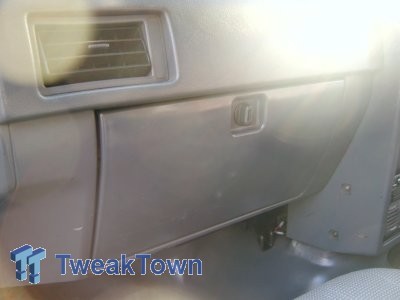 To test the unit I took some friends and family to a 4WD event where I was competing in some of the events. The road out there is shocking and it is all dirt. The PC took all the shock without any problems - the monitor did hit the drivers and passengers front seats a bit, but with the 15" LCD coming soon, that will be solved.

In all I was extremely impressed and look forward to taking the vehicle and PC off road and see if it really holds up to the challenge.

While we didn't do any benchmarking on the motherboard, it is not going to win any awards for performance but it is simply not designed for that. What it is designed for (the HTPC and Car PC market), it truly excels in.

Its size fits the Mini-ITX requirements - it is extremely quiet, will fit into any Mini-ITX case on the market and has more performance power than anything that VIA and its EPIA series of motherboards can ever hope to put out with their C3 and C7 processors.

The use of the GeForce 6150/430 chipset combo is extremely good with all the features of this chipset utilised. Windows XP MCE was very happy to run on this board and our selected components and never caused a single problem.

In all we are very impressed with the Albatron KI51PV-754 motherboard and if you're looking for a Mini-ITX based project, do spend some time considering this motherboard.

- Cons
Rather a PCI-E slot for expansion