Today, Samsung has launched the next drive in its 870 SATA SSD platform. The EVO, as Samsung describes, is the "culmination of their SATA SSD lineup," offering consumers a mix of performance, reliability, and compatibility for legacy machines and even NAS platforms.

As you will find in the table below, the Samsung 870 EVO takes their latest MKX V-NAND controller and pairs it with TLC NAND to make up several capacities that include; 250GB, 500GB, 1TB, 2TB, and 4TB models. Each model has a varying DRAM cache level based on capacity, with the top 4TB model offering 4GB of LPDDR4. 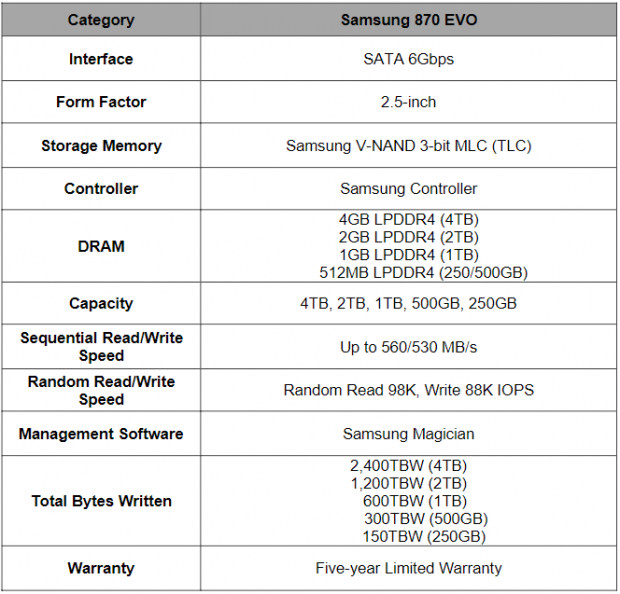 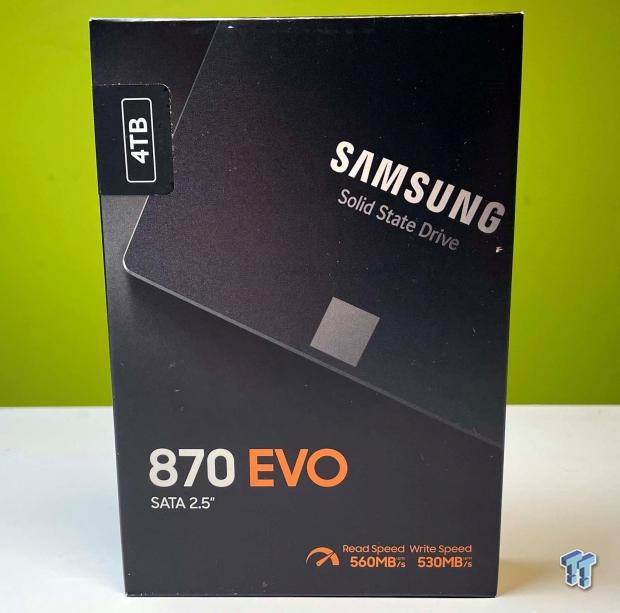 Packaging follows the traditional aesthetic from past Samsung drives. Model number in orange capacity above. 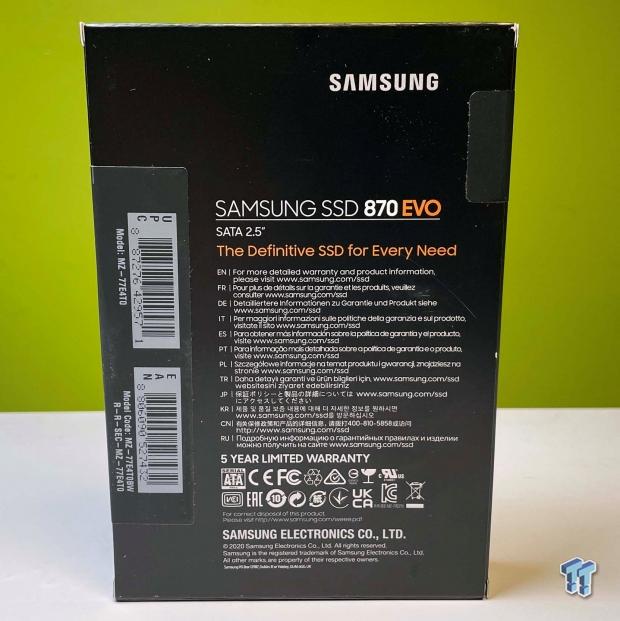 The back offers warranty information along the bottom with a link for more details above. 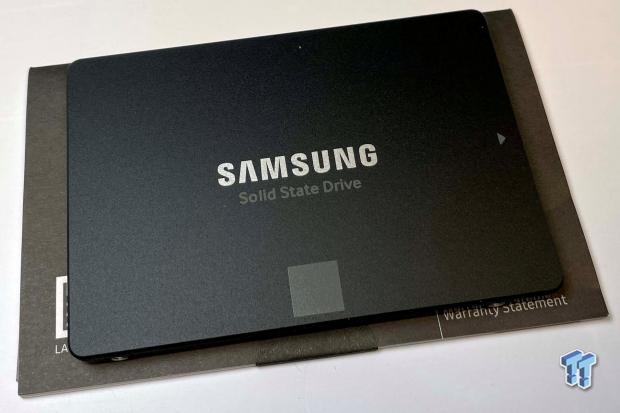 Unboxing, the 870 EVO is your standard 2.5" SSD, Samsung branding on top of a metal enclosure. 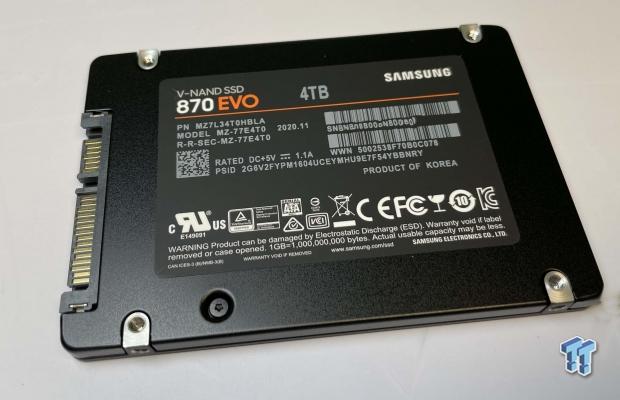 The bottom offers capacity and model information across the top, regulatory information below. 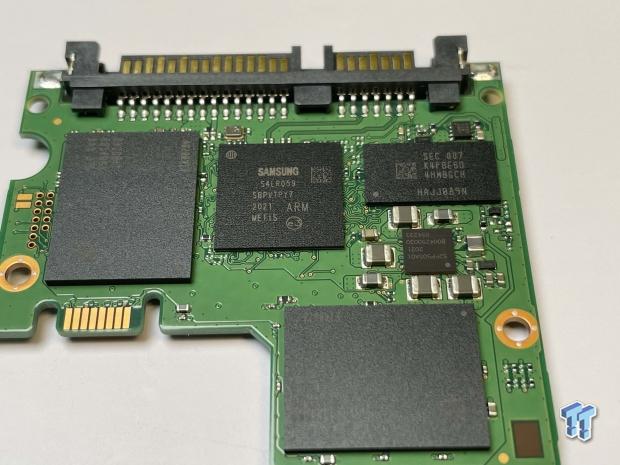 Internally, we have two large TLC NAND packages on the front, controller in the middle, and DRAM cache to the right. 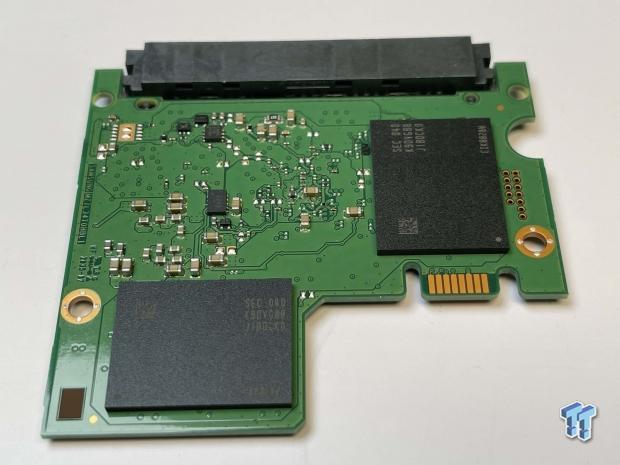 On the flip side, we have just two more NAND packages to complete the drive's 4TB capacity. 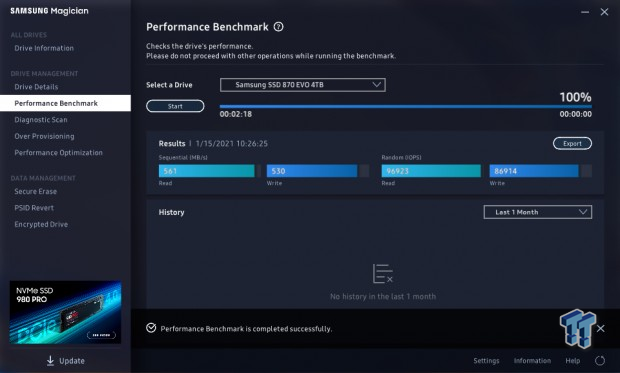 Samsung Magician offers support for the 870 EVO with drive performance testing, diagnostics along with additional features seen above. 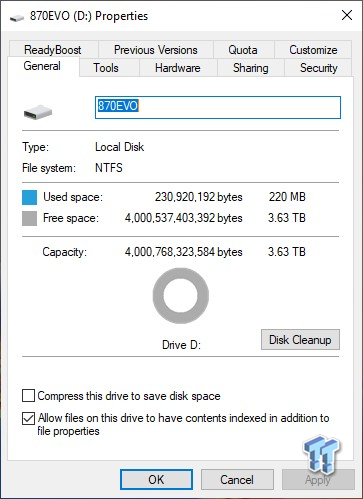 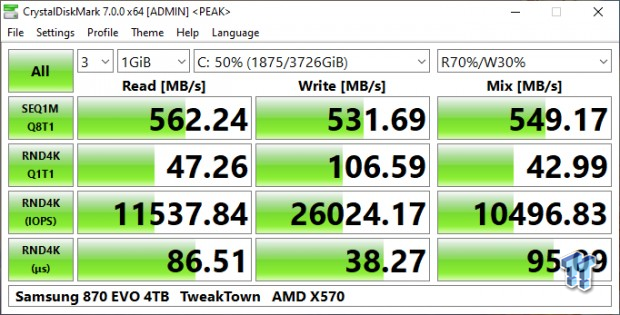 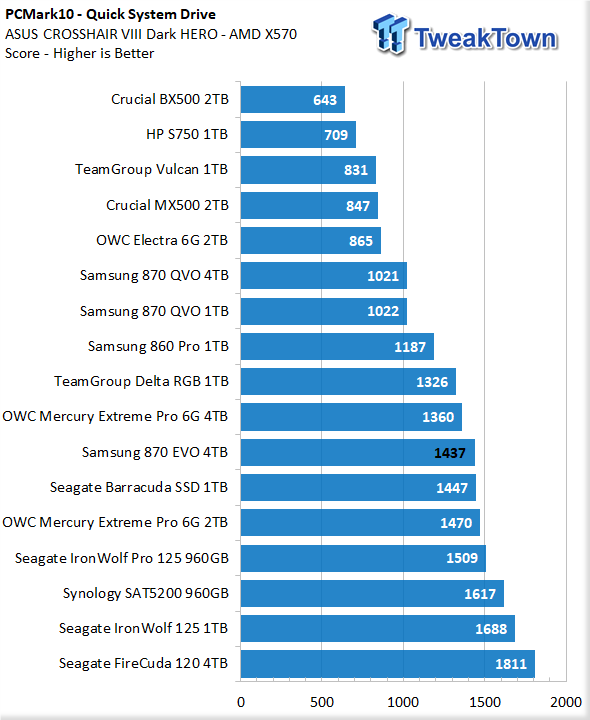 Running into PCMark10, we have our Quick System Drive test putting the EVO middle of the pack with a score of 1437. 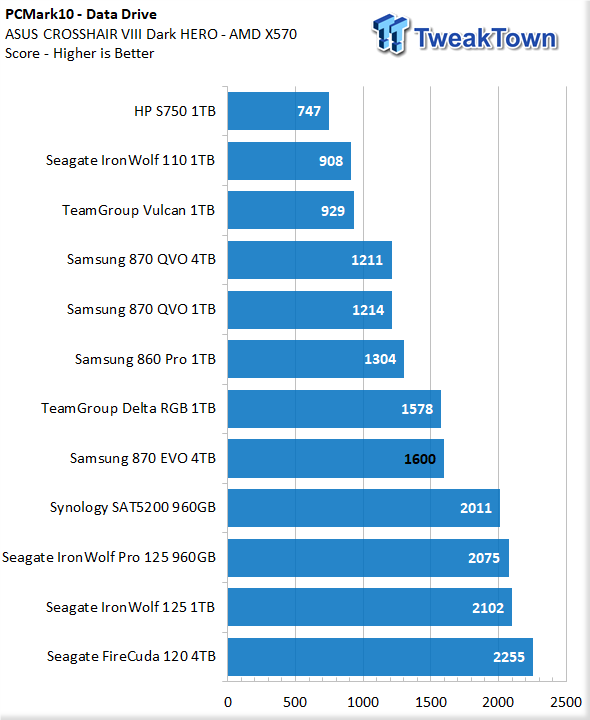 Data Drive lands the 870 EVO closer to the top and quite a bit higher than the 870 QVO counterpart, scoring 1600. 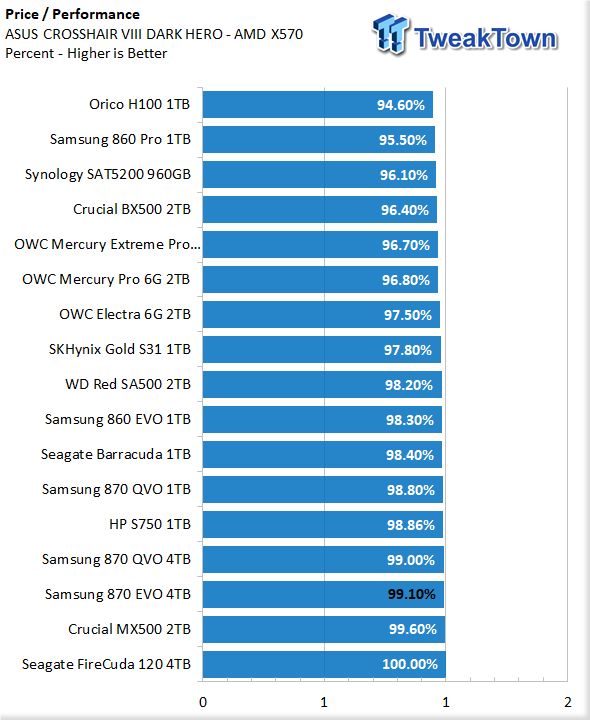 Taking into account the 870 EVO 4TB MSRP and relative performance in an OS drive scenario, we find a score of 99.1%

When we look at SATA SSDs, we are typically looking for how well they perform compared to the predecessor and where they stack up in the current market. For the 870 EVO, not much has changed between it and the 860 EVO; we certainly didn't see the large bump in performance that got when going from the 850 EVO to the 860 EVO several years ago. This is largely due to vendors hitting the ceiling of what the interface can do, and while we have been at this point since 2018, it's nice to see Samsung offer yet another model, even if the only thing it truly offers is a better price to consumers.

Now that isn't to say the 870 EVO isn't a good drive. It truly checks all of the boxes for those wanting a high-performance, reliable solution for a daily driver or secondary drive for a gaming system, and id even hazard to say most would never be able to tell the difference between high-performance SATA and NVMe for these types of use cases.

With that said, the 870 EVO did do quite well in our testing, reaching 562 MB/s read followed by 531 MB/s write within CDM while also offering 47 MB/s read and 106 MB/s write in 4KQ1. Additional testing included PCMark10, running both Quick System Drive and Data Drive to show comparisons in two different scenarios; in both cases, the drive performed well, landing top 5 in our charts.

Samsung's 4TB 870 EVO offers a modest increase in performance while cutting the launch MSRP in half when compared to the 860 EVO, a win for consumers.