I reviewed the Schiit Fulla 3, and what I found after significant testing was a DAC/Amp combo that I fully recommend. But now I have the Schiit Hel in-house.

For those that don't know, the Fulla 3 is a $99 DAC/Amp combo that is probably the best entry-level DAC/Amp you can get for gaming. But, Schiit has now sent me the Hel, which is priced at $189, and now the question has been raised - is it worth getting the Hel over the Fulla 3? And is that extra $90 worth it?

The Hel is aimed at both gamers and audiophiles, as the unit comes with a quarter-inch input, and also a microphone input. For this reason, I believe Schiit is looking to provide those gamers out there that have high-quality music listening headphones, but also want to play games, and have a microphone plugged in, with a solution for all of their problems. Before we get into if it's worth you getting one for your setup, let's take a close up look at the unit. 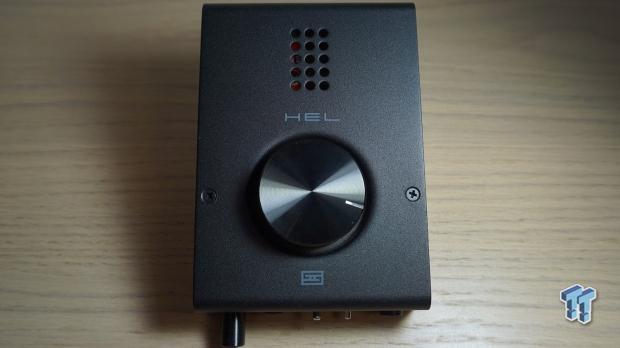 First off, we have a front-on image of the unit, and as you can see, the words "Hel" are actually centered on this unit (this wasn't the case on the Fulla 3). We can also notice that Schiit has opted for a black coating with an aluminum volume knob. 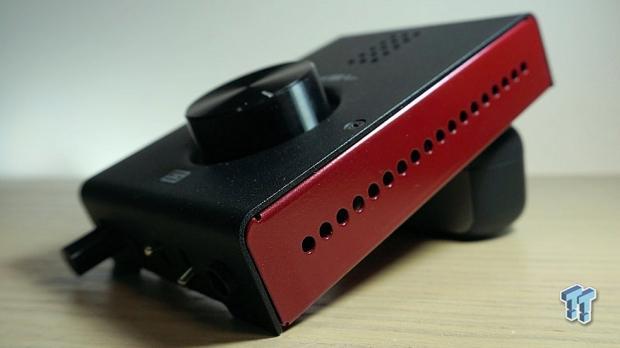 Next, we have an image of the unit's side, and as we can see, Schiit has gone with a nice coat of red paint, which makes sense considering the product's name. 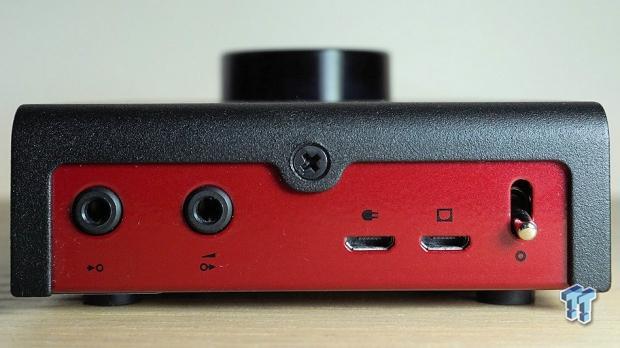 Next, we have an image of the unit's back, and from right to left, we have the power switch, USB data, power port (also USB), line-in, and variable output. 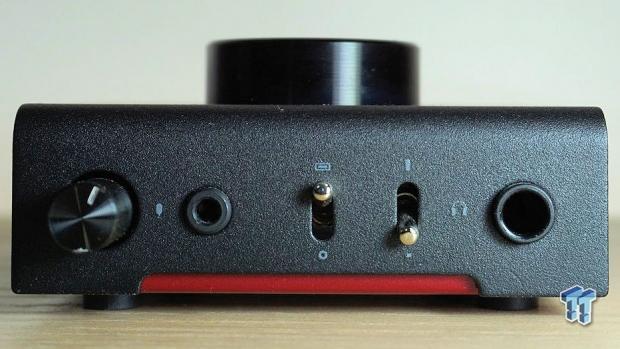 Moving on, we have the front of the unit. From right to left, we have the quarter-inch headphone jack, low/high gain switch, source selector for USB/line-in, microphone input, and a microphone gain knob. 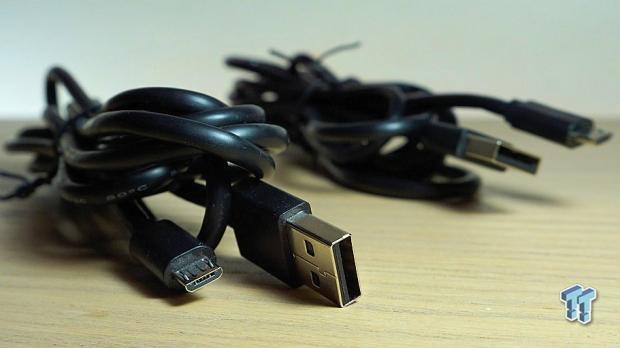 Here we have an image of the provided micro-USB cords. Both are identical and be used interchangeably between the two ports on the back of the unit. 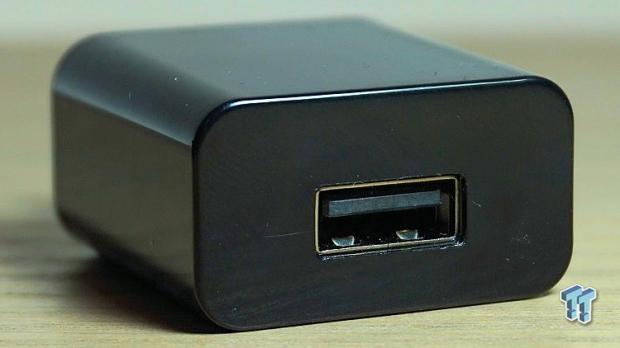 Lastly, we have an image of the power board connector. As you can see, it features a USB port.

Firstly, the Hel looks very aesthetically pleasing, and in my opinion, I feel that Schiit does a fantastic job with how they present their DAC/Amp combos. The unit is comprised of metal, as the Fulla 3 was, and just like the Fulla 3, this gives a very premium feel when you are holding it in your hand.

As I mentioned before, the Fulla 3 costs $99, and the Hel is priced at $189, so where does that extra $90 get you if you decide to purchase the Hel? Well, the back of the Hel is almost identical to the Fulla 3, but there are some slight changes. Schiit has decided to add a power switch and swap the position of the variable output and the line-in. Besides that, the back of the unit is basically the same as the Fulla 3. 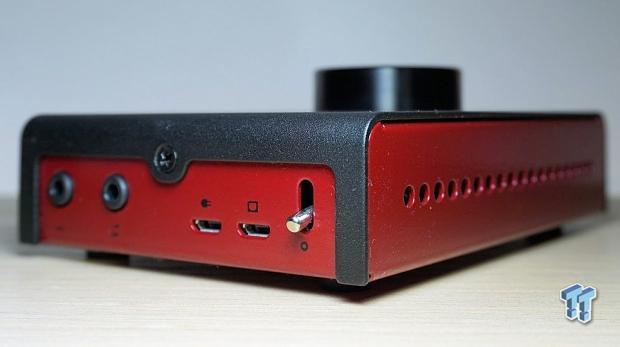 Moving on to the front of the unit, and here is where things get interesting. The Fulla 3 has no switches, but on the Hel, you get three. The Hel has the source selector switch (USB or line-in), low/high gain switch, and the power switch (located on the back). The front of the unit also features a microphone gain knob, which isn't on the Fulla 3.

Now that we have laid out the differences, is it worth spending the extra $90 for these features? I believe that really depends on what type of audio setup you have. As I've mentioned previously, I believe Schiit is aiming the Hel at those gamers who have headphones that require a lot of power to run but also love to play games. While the Fulla 3 can run most high-end headphones, it lacks functionality, hence the existence of the Hel.

Ultimately, if you can see yourself using all of the design features on the Hel, buy the Hel, as you will regret purchasing the Fulla 3 once you start using it due to its lack of functionality. But, if you don't see yourself utilizing the high/low gain switch, or you don't care for the microphone gain knob, then the Fulla 3 will be perfectly fine for you.

Again, the decision between these DAC/Amp combos really, really depends on your audio setup. 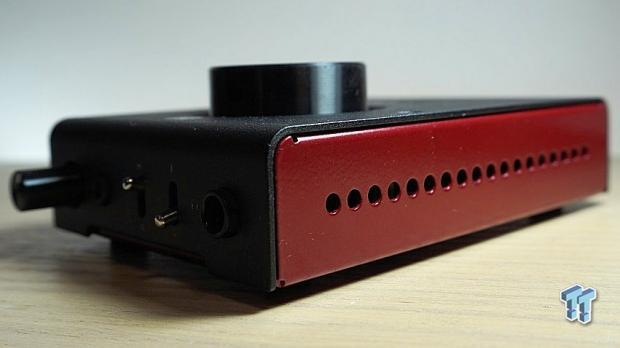 I feel like most people who purchase the Hel aren't really going to be switching it off after it's plugged in, which is why I believe the power switch located at the back of the unit is somewhat pointless. Aesthetic wise, I think Schiit missed a big opportunity to have a red LED glow come out around the main volume knob, as well as the speed holes located on each side of the unit. I would have also liked to see the microphone gain knob double as a button for muting your microphone.

It should be noted that these "improvements" are completely subjective to my experience with the unit, and while that goes-without-saying, I thought it's still worth mentioning.

Alright, let's talk audio performance with the Hel versus the Fulla 3. Now, I loved what I heard with the Fulla 3. It gave a really nice punch to my overall audio experience and added a noticeable boost to the audio quality. So, how does the Fulla 3 size up to the Hel? Well, the Hel simply blows the Fulla 3 out of the water when it comes to boosting your audio experience. It was honestly quite shocking.

I decided to jump into DOOM Eternal with my AIAIAI custom headphones, and what I heard was nothing short of incredible. The Hel really kicked things up a notch and just talking on a power level, I couldn't get the Hel passed the 12 o'clock point on the volume dial. I cranked my Windows volume to 100% for the testing and put the gain switch on low-gain. If I increased the volume past the 12 o'clock point, I felt like my head was going to explode.

The most impressive part is the fact that the Hel was pushing this much power through just two micro USB's. Usually, to get this much power, the Amp requires some sort of power brick, but that Hel doesn't, it has true power. The Fulla 3 has some good power, but compared to the Hel, it's made to look like a child's toy. If your budget is less restrictive, and you are looking to push what gaming audio can really do, the Hel is for you. 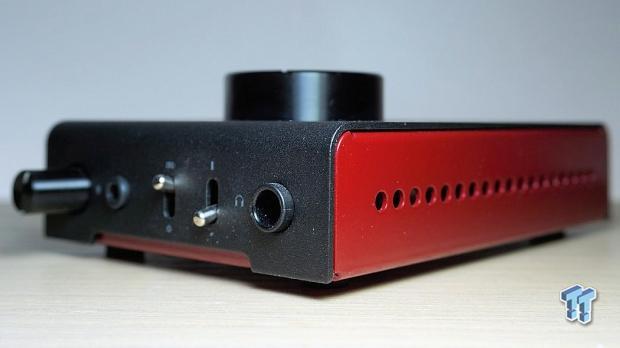 Ok, so how does the Hel do with music? For music testing, I slapped on the DOOM Eternal soundtrack, played System of Down, Beatles, Red Hot Chili Peppers, and Pink Floyd. What did I hear you ask? Simply put - sweetness. The Hel really pushed all of the ranges to their maximum, and paired with my AIAIAI headphones, I was sitting in heaven.

The power of this DAC/Amp combo cannot go understated, and you really do get a feel for it once you have used it.

The Hel gives the user a true power boost to their audio experience. The unit itself is very aesthetically pleasing, and the functionality that comes with the unit cannot go unnoticed.

Schiit really missed an opportunity to add to the unit's overall aesthetic by not including an LED glow around the volume knob. The unit also doesn't include a bass boost switch, which is something I would have really liked to see.

So, you are looking to upgrade your gaming audio, and you are deciding between the Fulla 3 and Hel, which one do you get? 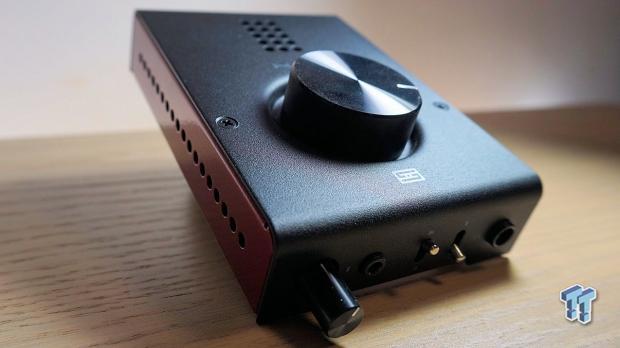 For me, this answer is a no-brainer, but it really comes to down what features you are going to be using and how much money you are willing to spend. If you don't want to spend more than $100, but want to give your gaming audio experience the kick it needs, and you aren't going to utilize the features on the Hel, then get the Fulla 3.

But, if your wallet is less restrictive, and you really want to take your gaming audio experience to the next level, then the Hel is a steal for its price. Honestly, I really thought the Hel was a much more expensive DAC/Amp combo, as it feels like it's meant to be in the price range of $250-$300. All-in-all, the Hel is significantly better than the Fulla 3, and Schiit should be really proud of the product they have created here.

If you are in the market for a DAC/Amp combo, both of these products have my full recommendation, but if you asked me which one to go for, and the price wasn't in question, I would say you need to go to Hel.

Schiit has really taken things to the next level with the Hel. You are going to struggle to find a better DAC/Amp combo for the price of $189 that brings the level of quality that the Hel does.