Late last year, we were introduced to the new Extreme Pro from SanDisk, sporting an all-new enclosure design that was both aesthetically pleasing and durable, thanks to the choice of materials. This year, we have an all-new lineup that shifts the 10Gb/s USB 3.2 technology in last year's Pro model to the mainstream solution we have in house today.

As mentioned, the new SanDisk Extreme is a USB 3.2 Gen 2 solution behind a USB-C connection. It is offered in one colorway with several capacities, including 500GB and 1TB, with a larger 2TB model expected later in the year. Performance is rated at 1050 MB/s read, followed by 1000 MB/s write while being water-resistant with IP55 certification. 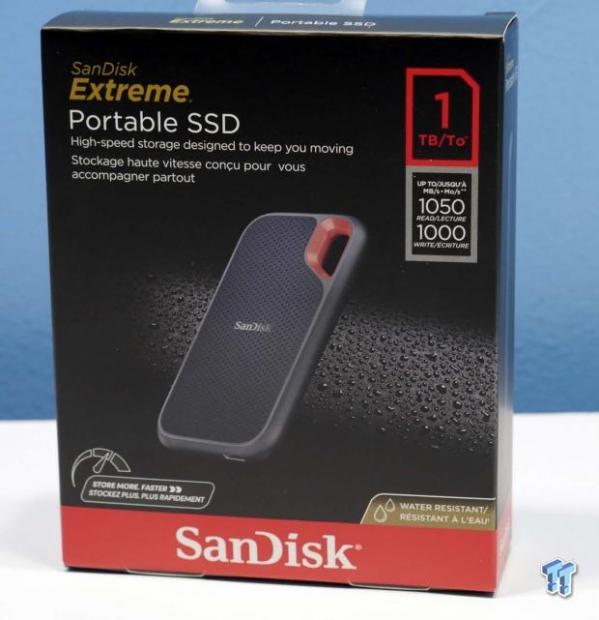 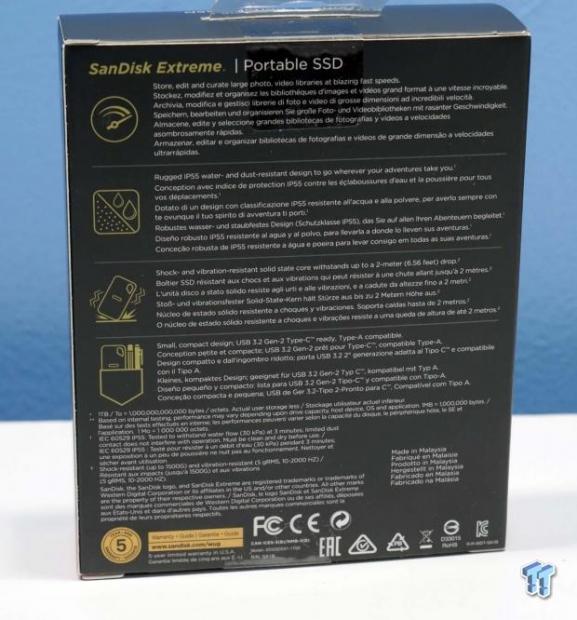 The back offers further detail on the IP55 certification, along with other marketing features. 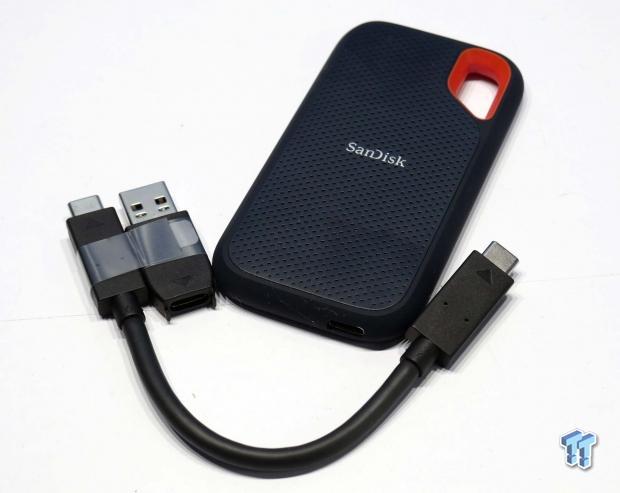 Unboxing, the Extreme comes with a short USB-C cable, adapter on the end for legacy connections. 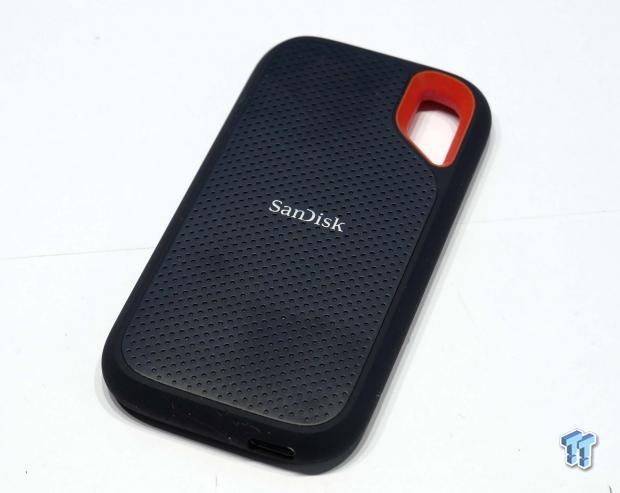 The Extreme design is very similar to last year's Pro model, with more plastic being used in the current solution. 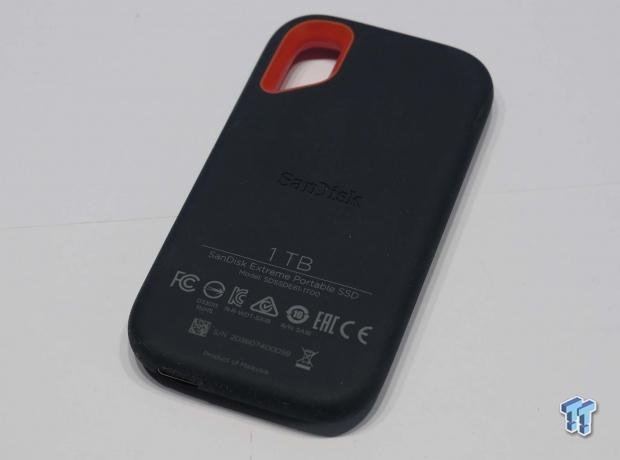 Flipping it to the back, the Extreme shows its capacity along with regulatory information. 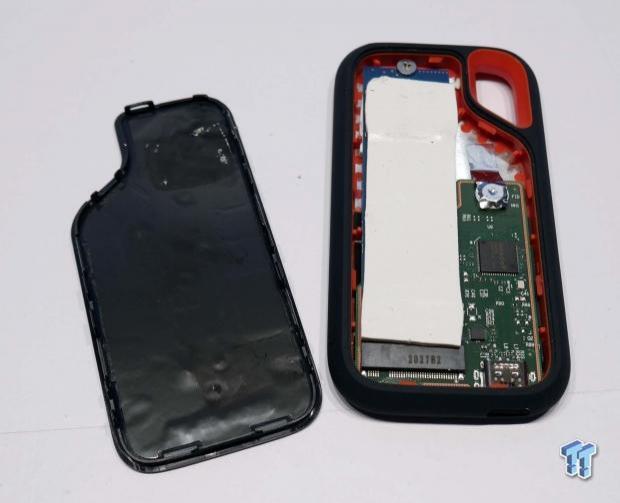 No review would be complete without showing the internals, so here we have the PCB absolutely caked with white thermal pads; ASMedia 2142 to the right. 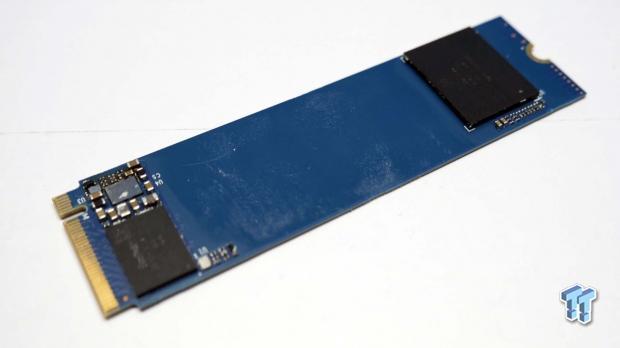 For the internal drive, we have a Western Digital SN550. 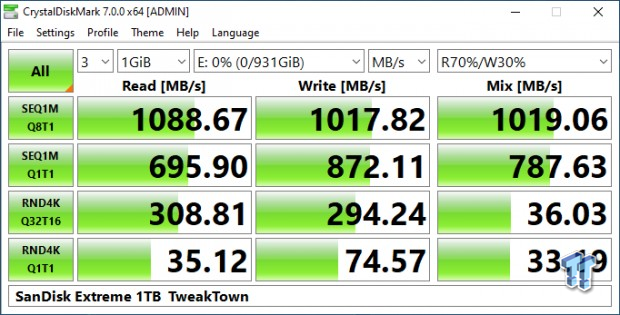 CDM is a staple in performance testing; version 7 has seen some updates in the workloads used for testing. Sequential Read is quite good for the Extreme, 1088 MB/s read and 1017 MB/s write. 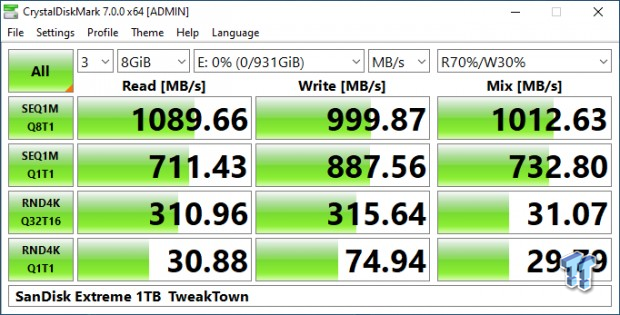 Throwing a larger workload at the Extreme produces similar results with only a very small loss of performance. Sequentials, in this case, reach 1089 MB/s read and 999 MB/s write. 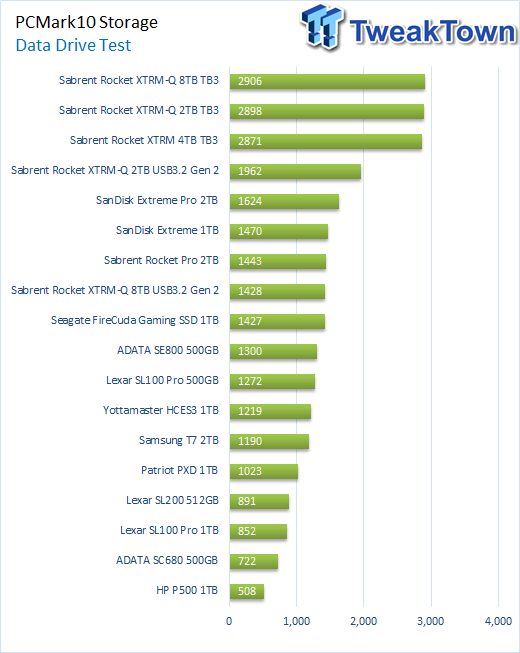 PCMark10 Data Drive lands the Extreme in the 6th spot from the top, just behind the Extreme Pro and batch of Thunderbolt-powered Sabrent solutions. 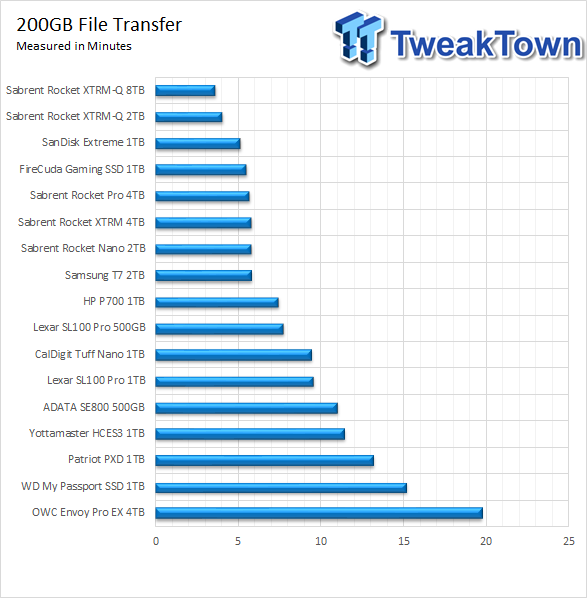 Throwing 200GB of data at the Extreme was nothing as the drive was easily the best USB 3.2 solution tested. Transfer time ended just over five minutes at ~600 MB/s. 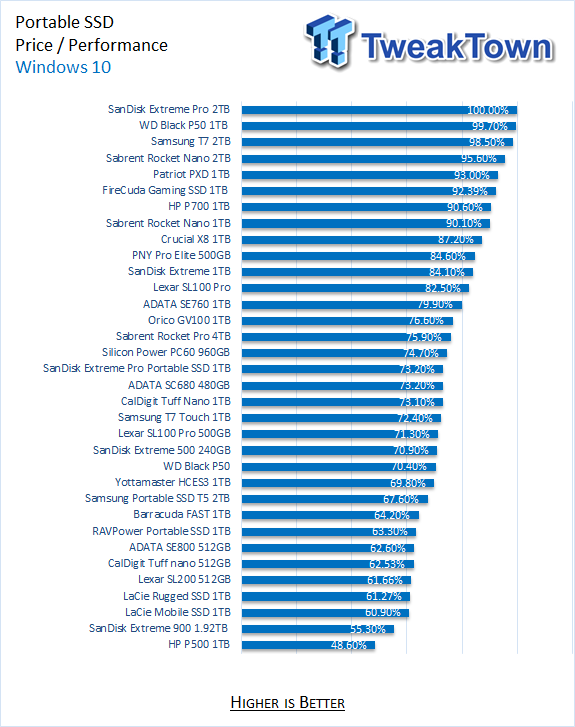 Price/Performance of the Extreme is on the higher-end due to its MSRP, 84.1% in our charts.

SanDisk's new lineup really has me excited for the simple fact that we finally see a major player in the market push a 10Gb/s USB 3.2 device as their mainstream solution. This means the market moves forward for portable storage solutions, and legacy 5Gb/s solutions should start to die out as there isn't enough value left in them.

The build quality of the Extreme does have some corners cut, mostly in materials with a full plastic build that has a silicone over-mold for added durability. The internal drive used in this solution was a top choice as the SN550 itself is a highly regarded solution.

The performance was fantastic for 10Gb/s solution. We found top of the line numbers on both the 1G and 8G workload in CDM reaching over 1000 MB/s read. Moving into PCMark 10 Data Drive, the Extreme beats out some pretty high-powered drives, including the Rocket Pro and XTRM-Q 8TB from Sabrent. Once again, our real data test showed the Extreme is a really great solution moving 200GB of data ~600 MB/s in just over five minutes.

Pricing might be the only barrier to hold the new Extreme back. At $199.99 MSRP for the 1TB model, it's priced a bit higher than most 10Gb/s drives in the 1TB capacity. Then again, no other drive has this level of performance and is backed by a five-year warranty - the SanDisk Extreme is legit!

SanDisk continues to impress offering a new range of portable SSDs that both push the market forward and offer tremendous value for the consumer.