Not a bad drive by any means, but the pricing is simply out of control for the NM610.
Buy at Amazon

The SMI 2263XT is one of the most popular controllers found in current market NVME solutions. With the XT being the DRAMless setup, these drives are intended for entry-level use cases.

The NM610 is Lexar's entry-level solution, as you have likely figured out by now, it is a 2263XT platform that is paired with 64L Intel 3D NAND flash.

Marketing performance lines up with past XT platforms that have come through at 2100 MB/s read and 1600 MB/s write. Capacity options include 250GB and 500GB, along with 1TB for those wanting a bit more, all built on the NVMe 1.3 standard. Drive endurance is rated at 250TBW for the 500GB solution in house or 0.46 DWPD. 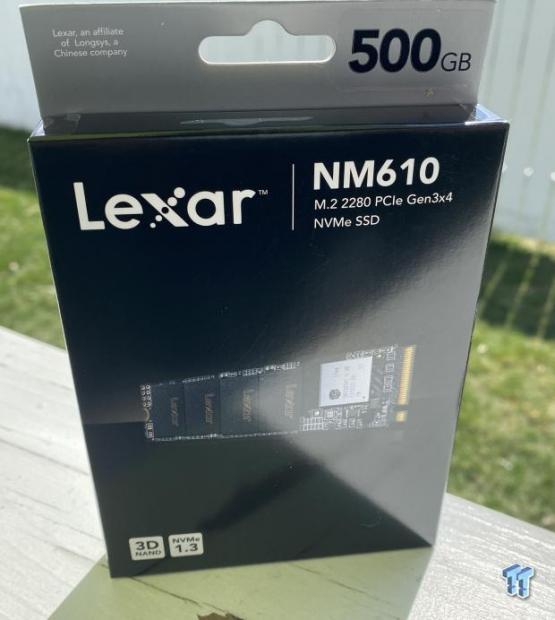 Packaging still has the feel of a Lexar box, for the NM610, a black and silver colorway with an image of the drive below. Capacity is listed top right along with model identification. 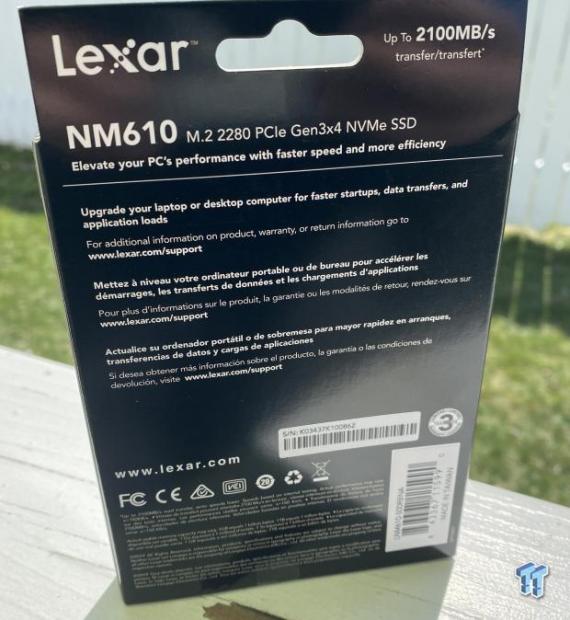 The back goes into more detail with dimensions of the drive along with box contents. 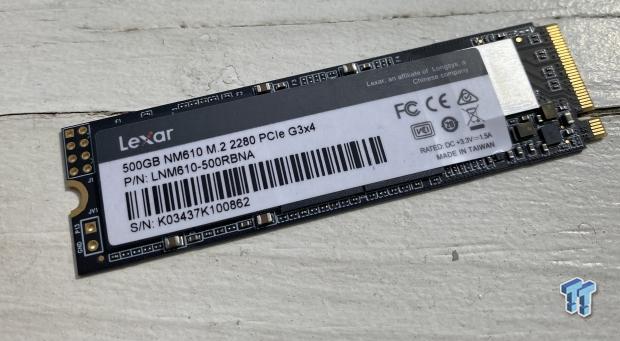 The top or front of the NM610 has a pretty basic sticker with identifying information. 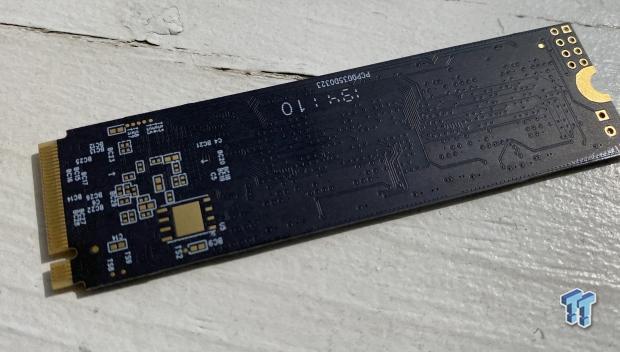 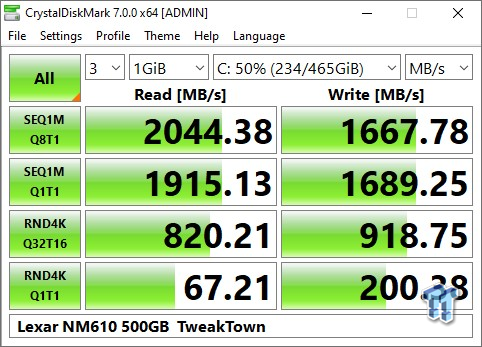 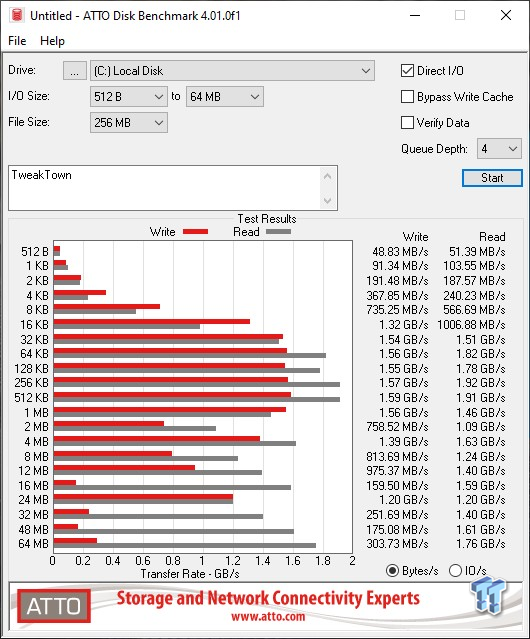 ATTO gives us a breakdown of the performance over varying file sizes. The NM610 has a range between 16K and 1M where it performs the best. 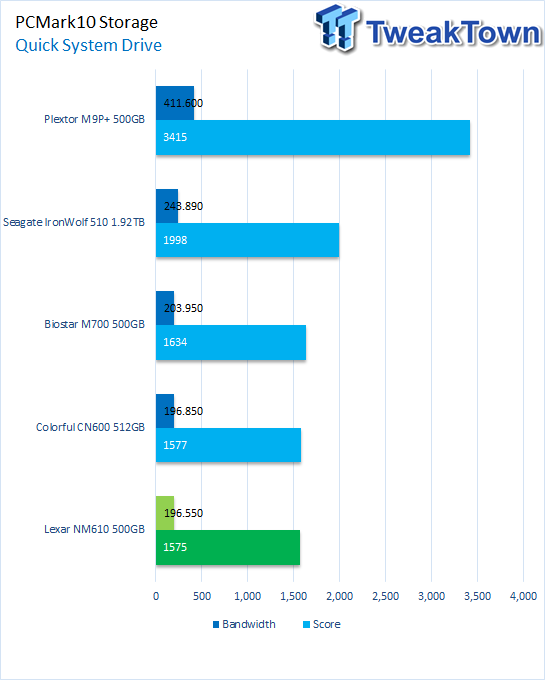 Diving into PCMark10, we see the NM610 at the bottom of our chart in the Quick System Drive test, with a score of 1575. 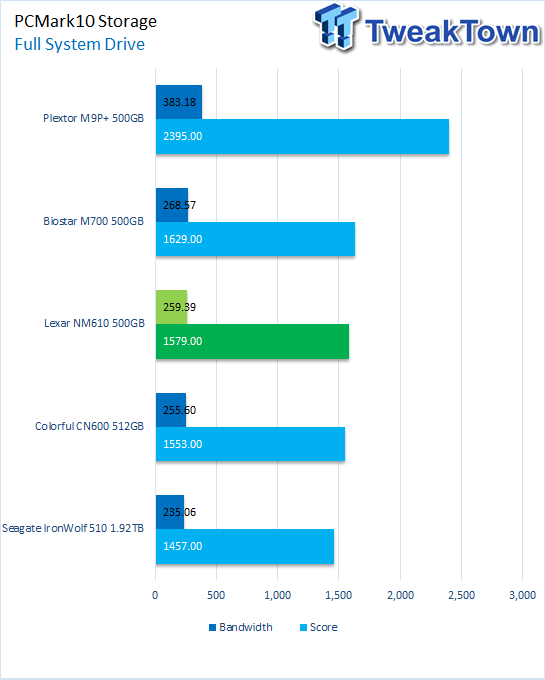 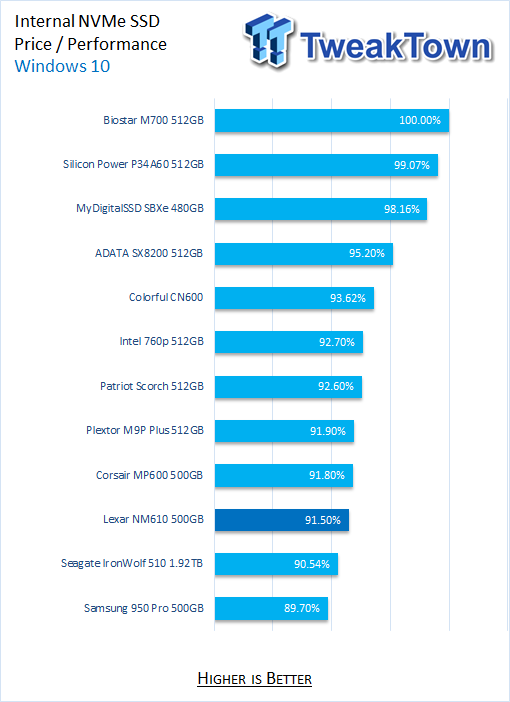 Price/Performance is not very kind to the NM610 due to its MSRP much higher than competing drives. That said, it's not at the bottom, but rather three up at 91%.

Closing this out, the NM610 is equal in almost every way to most 2263XT platform solutions we have tested. In fact, nearly all of these drives are using the same NAND as well, putting it down to packaging and price or brand loyalty, perhaps. 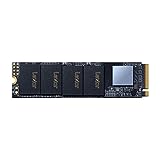 Not a bad drive by any means, but the pricing is simply out of control for the NM610.