Ending the saga on a satisfying note is a tough ask, and Rise of Skywalker doesn't gel into a cohesive whole. But in 4K, it looks and sounds great.

Wrapping up a nine act, 42-year-old film series would be difficult in any normal circumstance, but in the case of Star Wars, infinitely more so. It's true that no-one hates Star Wars quite like Star Wars fans and at this point, the fan culture is so splintered and hopelessly unsalvageable, with every element subject to an unhealthy amount of debate and conjecture. But through it all, there remains a deep and abiding love for the franchise which just won't quit, such that even the most stubborn will find at least something to enjoy in the franchise's swan song The Rise of Skywalker. 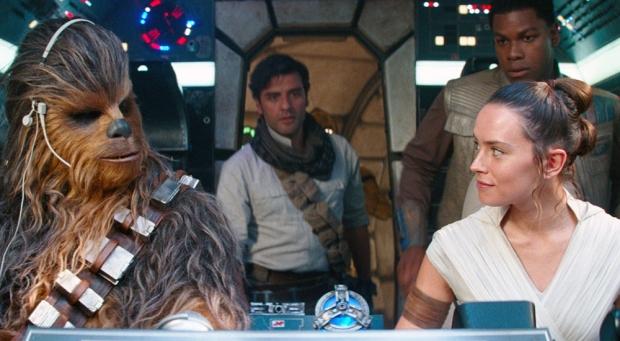 The dead speak! If things weren't already dire for the resistance following the events of The Last Jedi, Emperor Palpatine (Ian McDiarmid) has somehow returned from the beyond, poised to offer a way for Kylo Ren (Adam Driver) to seize control of the galaxy finally. But a spark of hope remains, with Rey (Daisy Ridley) continuing her training under General Leia (Carrie Fisher, via cut scenes) and a trail of breadcrumbs left by Luke Skywalker (Mark Hamill), which might yet change the destiny of the galaxy.

Even with a few warning signs, J.J. Abrams The Force Awakens was a pretty satisfying reboot which seemed to get Disney's sequel trilogy off to a stunning start and reinvigorated fans and casuals alike. But a hard turn provided by The Last Jedi dashed the setup in favor of a bold new course, which split the fanbase again means that Rise of Skywalker had two possible paths, and a returning J.J. Abrams has taken the safer one.

With the triple act arc now complete, it's hard to really see how it contributed to the wider Star Wars saga in any meaningful way and if I'm honest, probably squandered the immense potential and enormous goodwill of fans which can now never be repeated. It's a shame because much like a conflicted villain, there is good in him. But when it's all said and done, it's hard to see redemption for this one. 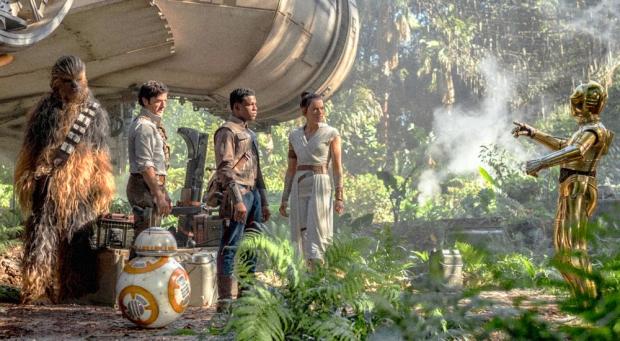 The Rise of Skywalker is presented in its original aspect ratio of 2.39:1, encoded with H.265 compression, and finished with a static HDR-10 pass.

Eschewing the digital photography Star Wars creator George Lucas pioneered with the prequel trilogy, Rise of Skywalker was lensed on a combination of 35mm and 65mm film, edited digitally, and finalized in a 4K digital intermediate. Although it's highly likely that at least some of the CG effects were rendered in sub 4K resolutions, a 4K digital intermediate is still something of a rarity for modern Hollywood blockbusters, and, as such, this is a bit of a treat.

From the get-go, it's clear that Rise of Skywalker is one pristine beast, with a video transfer that doesn't disappoint. The image is sharp and clear, with wonder color saturation and a restrained HDR pass, which makes highlights and bright whites pop suitably. While some might observe that the image is a tad dark, I can reassure that this essentially replicates both the IMAX laser and standard digital theatrical experiences, and there's still plenty of gradation in the shadows - there's no black crush here.

While the leap from the 2K presentation is more subtle than most, the 4K UHD presentation of Rise of Skywalker stands heads and shoulders above any other presented thus far. 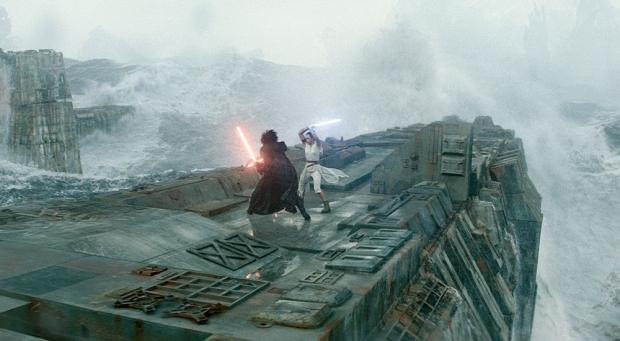 The Rise of Skywalker is presented with a Dolby Atmos object-based audio track.

Thanks to the punishingly high standards pursued by Star Wars creator George Lucas, the franchise has always been a torch-bearer for sonic quality, and that fittingly extends to the final film in the saga.

Rise of Skywalker features a full-blooded and aggressive mix which will wring every ounce of power out of whatever system you have - be it a soundbar, a modest 5.1 system or a fully-fledged Dolby Atmos equipped home theatre. Dialogue is crisp and clear, bass is deep and tight, ricocheting lasers bounce around the surrounds, the height channels support detailed ambiance and cutting through it all is John Williams signature commanding score which envelopes it all into a tight, cohesive mix.

The sound designers haven't missed any opportunity to show off, but just watch out for the Christopher Nolan-esque bwaaaam when Palpatine unleashes force lightning. I can imagine that doing some damage! 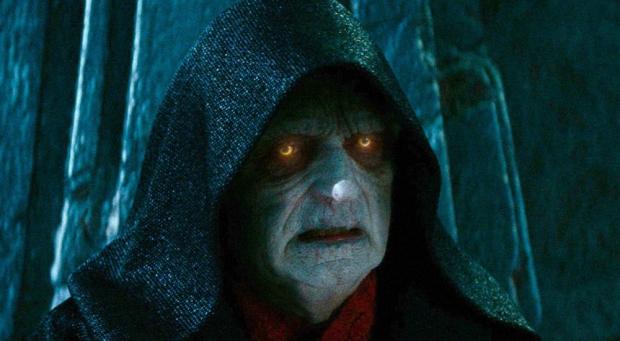 While streaming platforms and the decline of physical media have almost totally killed off Blu-ray collectors editions, Disney has nonetheless been reasonably generous with The Rise of Skywalker, even if the absence of an audio commentary or deleted scenes raises the specter of a future re-release.

The set is headlined by the two-hour-long The Skywalker Legacy Documentary, which despite being a very glossily produced, Disney approved feature, works very effectively as a bookend to the 43 year-long Star Wars saga. Interspersed with vintage footage, much of which this long-term fan has never seen, the documentary really shows the love and attention that went into the making of the film, such that even those who didn't care too much for the final product can probably find something they appreciate.

The remaining bonus features include the featurettes Pasaana Pursuit: Creating the Speeder Chase, Aliens in the Desert, D-O: Key to the Past, Warwick & Son, Cast of Creatures, which amount to around 37 minutes of footage.

Ending the saga on a satisfying note is a tough ask, and Rise of Skywalker doesn't gel into a cohesive whole. But in 4K, it looks and sounds great.