Iron Man's 4K debut is a great reason to return to where the Marvel Cinematic Universe begun, but the package isn't as amazing as it deserves.

A whole lot can happen in 12 years. When it comes to Marvel, that timeframe can lead to a substantial seismic shift for cinema, the ramifications of which are set to continue for the foreseeable future. Returning to the one that started it all; 2008's Iron Man, reveals a fun action-adventure film that's held up considerably but doesn't exactly hint at the huge, sprawling sub-genre that's churned out nearly $20 billion for Disney in the intervening years. 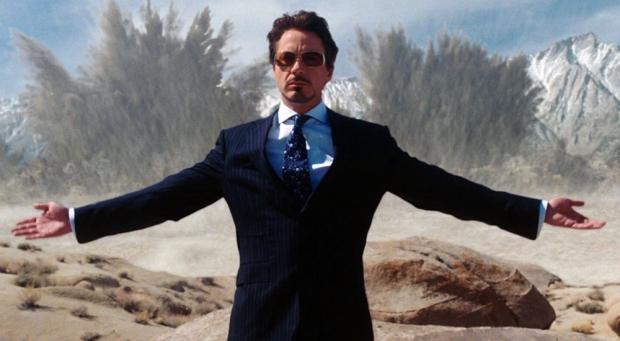 When billionaire industrialist Tony Stark (Robert Downey Jr) is kidnapped and forced to manufacture a nuclear weapon for middle-east terrorists, his creation of an iron suit as means of escape sets in motion a life-changing decision to divert his considerable talents, wealth, and company for good.

Grossing just shy of $600 million worldwide off a $140 million budget, Iron Man proved to be a solid success for its backer studio Paramount Pictures. It gave rival studio Disney the confidence to purchase the cash-strapped comic-book maker and its stable of properties the following year. Factoring in ancillary products such as action figures, video games, home video and yeah even comic books, their $4 billion investment has proven to be a very wise investment indeed.

But even so, it's taken a lot of work by some very talented individuals, including Marvel super-producer Kevin Feige, and several talented directors and cast members to tie all the loose ends together and craft an amazing sandbox for all these adventures to take place in. Many others have attempted to replicate their success (enter exhibition items; DC and Universal's Dark Universe), but most have failed.

Twelve years from its initial release, Iron Man stands as an engaging theme park ride which through a risky, yet inspired casting choice in Robert Downey Jr, a solid director in Jon Favreau, and a script that wasn't afraid to take some chances ("I am Iron Man") still stands up as one of the better entries in the entire run of the Marvel Cinematic Universe. 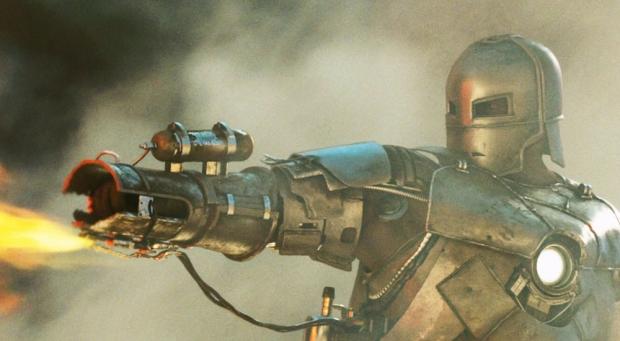 Iron Man is presented in its original aspect ratio of 2.35:1, encoded with H.265 compression, and finished with a static HDR-10 pass.

Even though it was originally shot on film, Iron Man was locked to a 2K digital intermediate in the edit bay, which does mean that this 4K release has indeed been upscaled from the source and expectations for a massive visual upgrade should be kept in check.

As it stands, the 4K presentation is on the whole very good, with bright and bold colors that are well served by the addition of a new HDR pass. Regrettably, Disney has ramped up the digital noise reduction just a little too much, giving the film a much smoother presentation than the previous 1080p release, which makes the film look a little more artificial than a movie shot on film should look.

On balance, this is a tough one to recommend, and really will come down to whether your tastes favor HDR vibrance, compared to a more organic and balanced image. For me, it does. But only just. 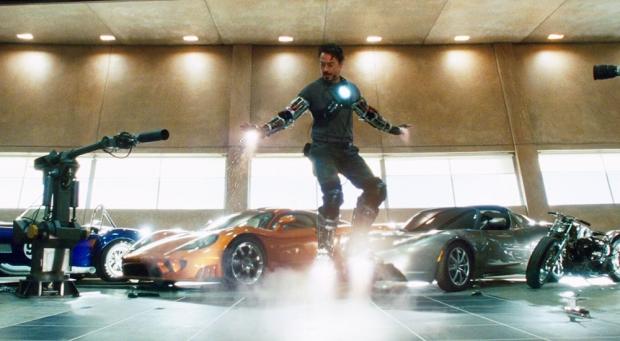 Up against the thoroughly decent 5.1 Dolby TrueHD mix from the original Blu-ray, this new Dolby Atmos mix has big shoes to fill. While it never really capitalizes on the opportunities to leverage the overhead height channels for any real consequence, it doesn't do any harm either. This is a very dynamic track that has excellent clarity and balance, and which teases you to turn up it just a few decibels more. While Disney has a habit of throttling some of the low frequency on their recent Atmos mixes, thankfully, this isn't the case here. I'm only slightly embarrassed to admit that in my viewing for this review, our neighbor knocked on our door and asked us to turn it down.

Overall, this is a nice mix that builds ever so slightly on the original 5.1 mix but luckily doesn't trade off any of its aggression. 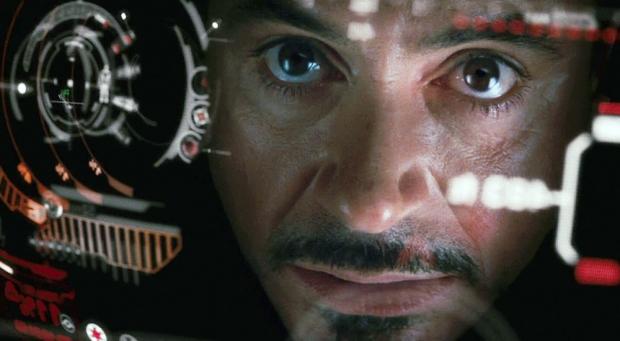 Unlike its release in literally every other country, Disney has again elected to release Iron Man without a pack-in Blu-ray disc in the Australian market. Which is a real shame, because the two-disc Blu-ray released back in 2008 by Paramount was a very generous package, with hours of behind the scenes featurettes, deleted scenes, and more. Suffice to say, fans will want to hang on to that set to complete their collections.

Iron Man's 4K debut is a great reason to return to where the Marvel Cinematic Universe begun, but the package isn't as amazing as it deserves.