The ThunderBay has been one of the more popular software RAID platforms we have reviewed over the years. Now with several iterations on the books, OWC is set to update the ThunderBay 4 mini from Thunderbolt 2 to the latest 40Gb/s tech.

Nearly three years ago, we had our first look at the ThunderBay 4 mini in its first iteration using Thunderbolt 2. With the update to Thunderbolt 3, the performance of the four-bay solution has been increased along with the number of SKUs. Performance for the ThunderBay is now offered up to 1556 MB/s depending on the model with both HDD and SSD models available ranging from enclosure only to 16TB for HDDs and 8TB for SSDs.

You also get the option of choosing between a RAID 0 model that can also run JBOD and RAID 1 or a RAID 5 model that can run RAID 6 as well. The difference is in the SoftRAID platform, with a $70 premium going towards the model with RAID 5 compatibility.

The MSRP of the ThunderBay 4 mini with 2TB of SSD capacity reached $849.75 with a three-year warranty. 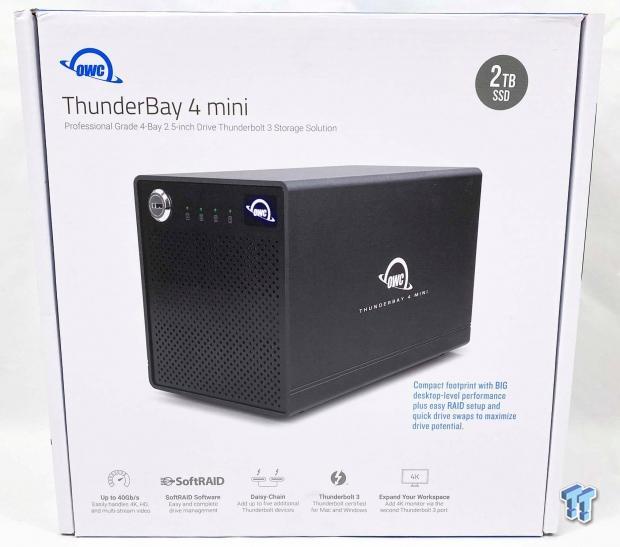 Packaging has not changed one bit in the last three years. We have the enclosure pictured on the front with the performance indicated below, along with compatibility. 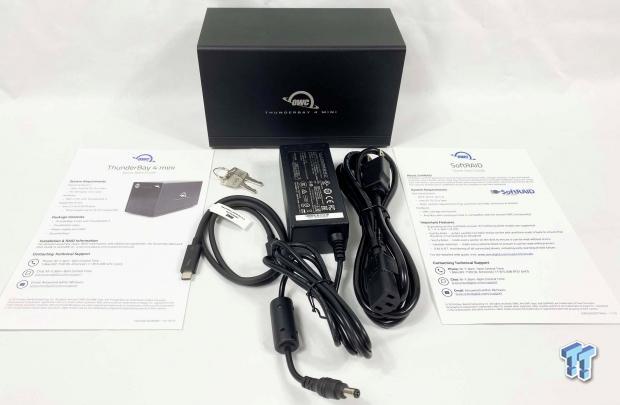 Unboxing, we have a full kit with a power adapter and Thunderbolt 3 cables. 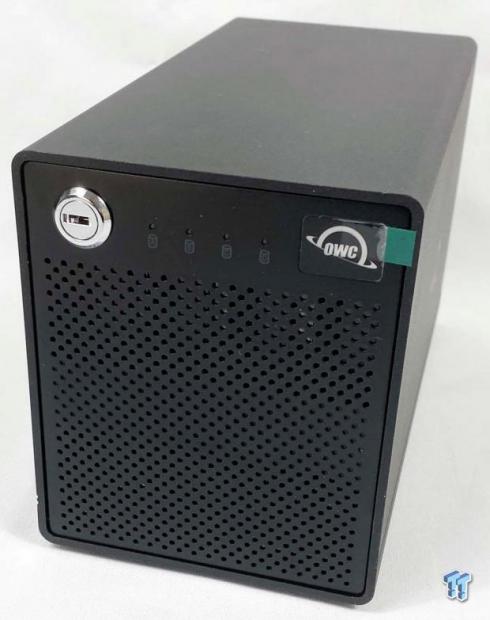 The front of the enclosure offers a black mesh front panel with LEDs to denote each drive. 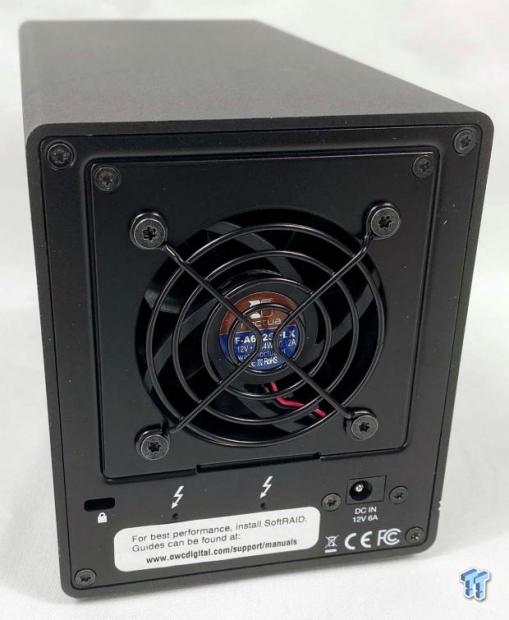 The backside does offer two Thunderbolt 3 ports along with power input, above a Noctua 60mm FLX fan for cooling. 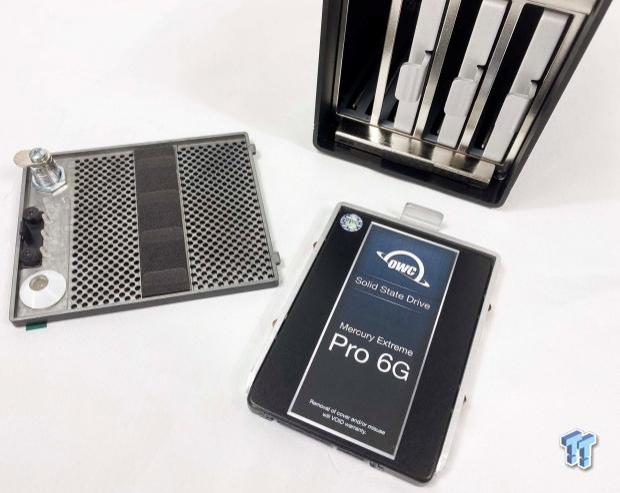 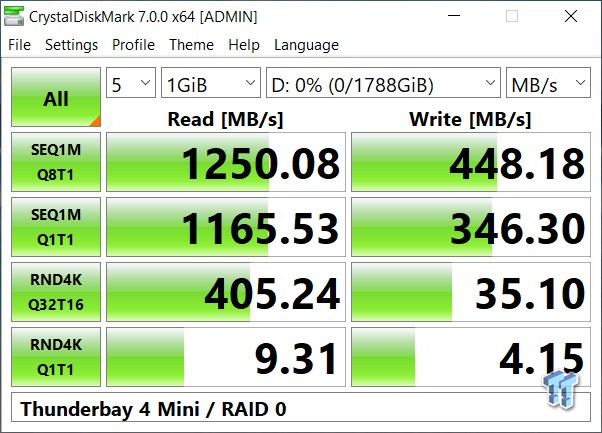 To start testing, CDM starts things off. Once again, it's important to note this is a RAID 0 unit tested on a Lenovo Yoga with a x2 Thunderbolt 3 interface. Our current test system is undergoing some changes to add full 40Gb/s Thunderbolt 3 support. 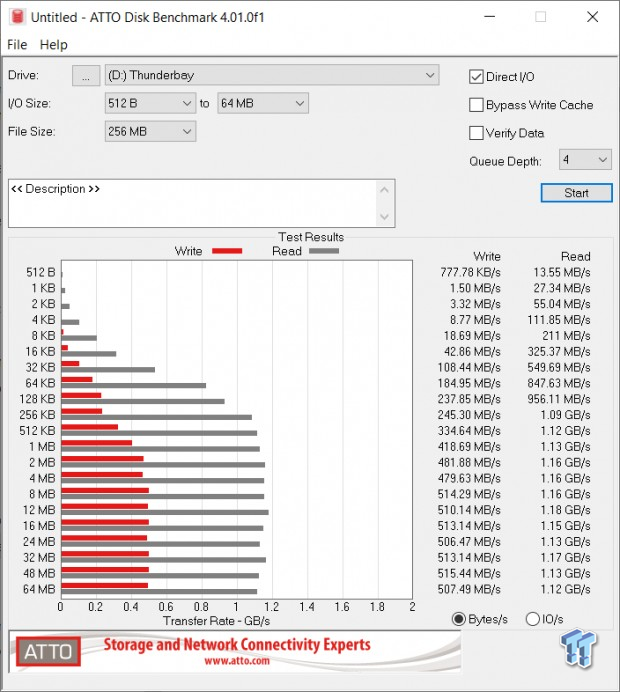 I'm going to feel like I'm repeating myself here because, as far the ThunderBay 4 mini goes, not much has changed. The enclosure is a solid design top to bottom, locking mesh front panel with ample LEDs to keep you informed. If I had only one gripe, it would be the drive trays.

The performance was on par with my own expectations of this unit, coming in just shy of the 1556 MB/s prescribed using a single port x2 Thunderbolt 3 connection. ATTO offered a similar look at performance with a solid 1.1 GB/s from 256K through 64M. Write performance was down in both CDM and ATTO, and for the sake of troubleshooting for hours on end, it appears to be a soft RAID issue.

When it comes to four-bay Thunderbolt 3 RAID storage, there a very few players in the market. OWC swallowed up AKiTiO, which was probably its best competition in the consumer market. We then have Areca and CalDigit that offer 3.5" options, which makes for competition for the ThunderBay 4 and 6. This leaves the door wide open for OWC, and they indeed take advantage with a fantastic amount of options ranging from enclosure-only to 16TB hard drive models and 8TB SSD models.