As 802.11ac winds down, I fully expect to see the last products trickle out from each vendor before we go full bore into Wi-Fi 6. For Netgear one of these solutions is the Nighthawk RS400 Cyber Security.

With the ever-increasing threat of cyber-attacks, Netgear has revamped its Genie firmware to offer Circle by Disney for Parental Controls and in partnership with Bitdefender a new solution called Netgear Armor.

MSRP of the Netgear Nighthawk Cyber-Security comes in at $299.99 with 3-years of Armor Cyber Security and a one-year hardware warranty. 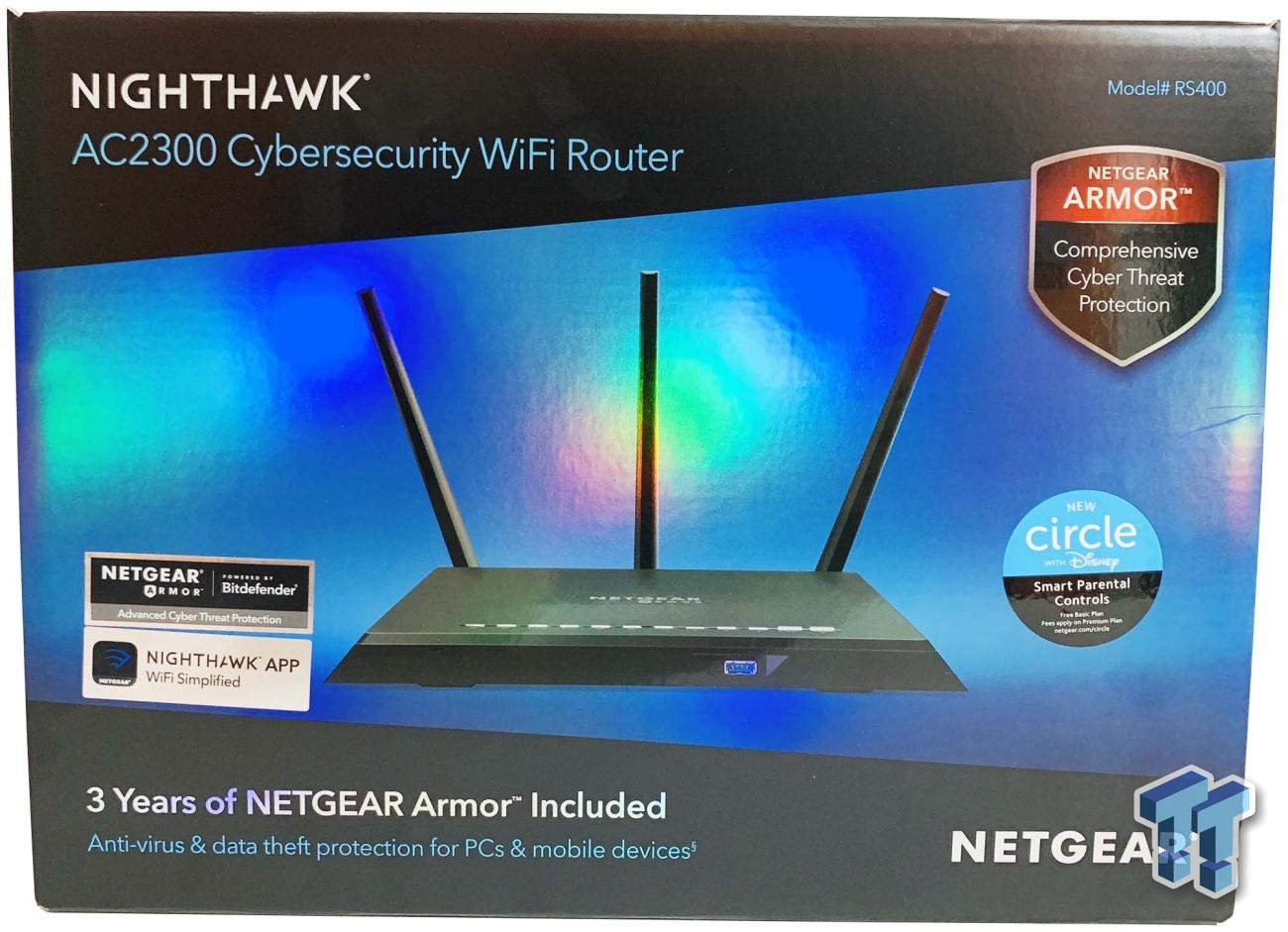 Starting with packaging, Netgear has went all out to let you know this is a secure solution. We have a large shield to the right Disney logo underneath and Bitdefender to the left. 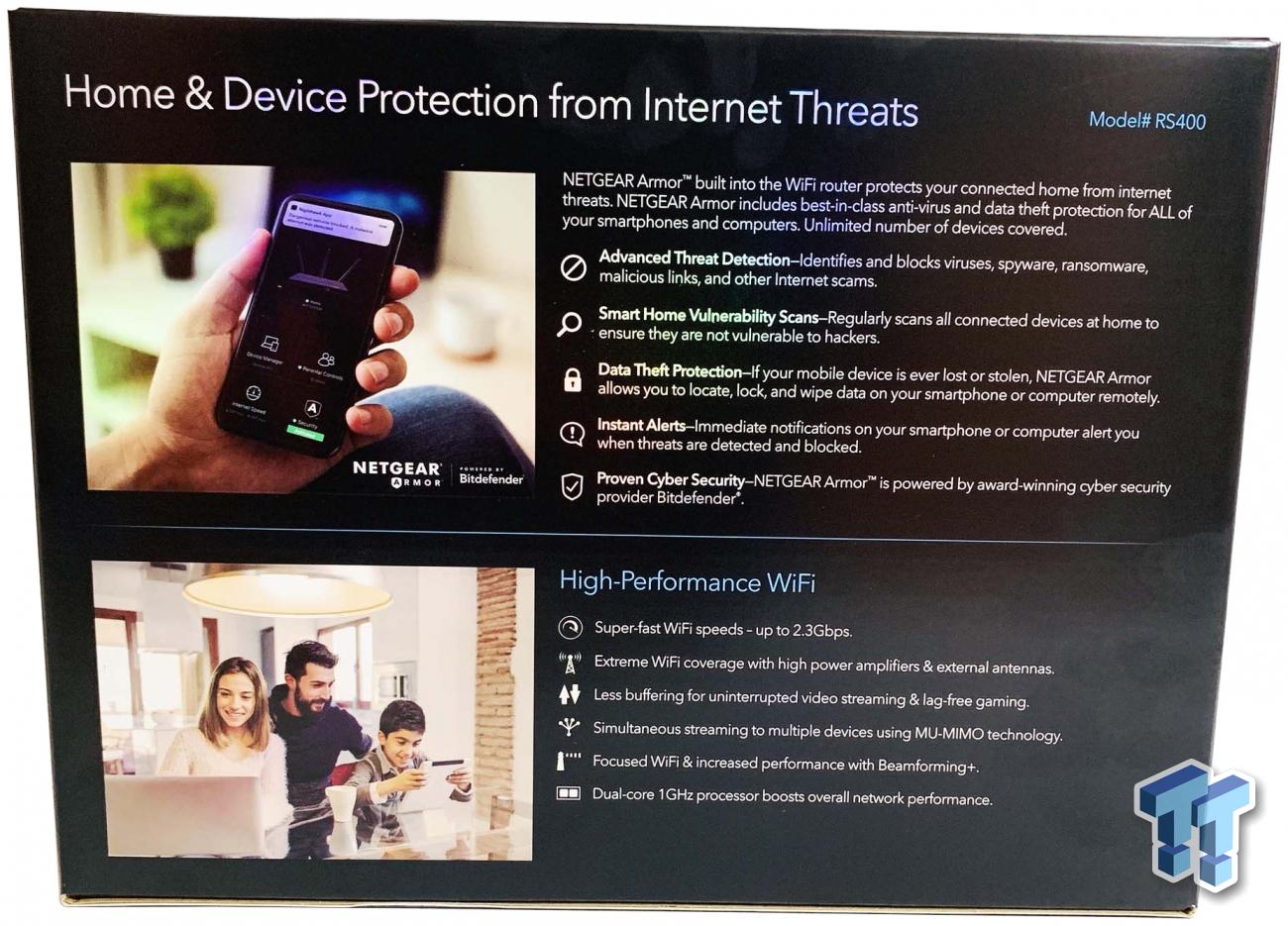 On the backside, we go into further detail and Netgear Armor at the top with performance detailed at the bottom. 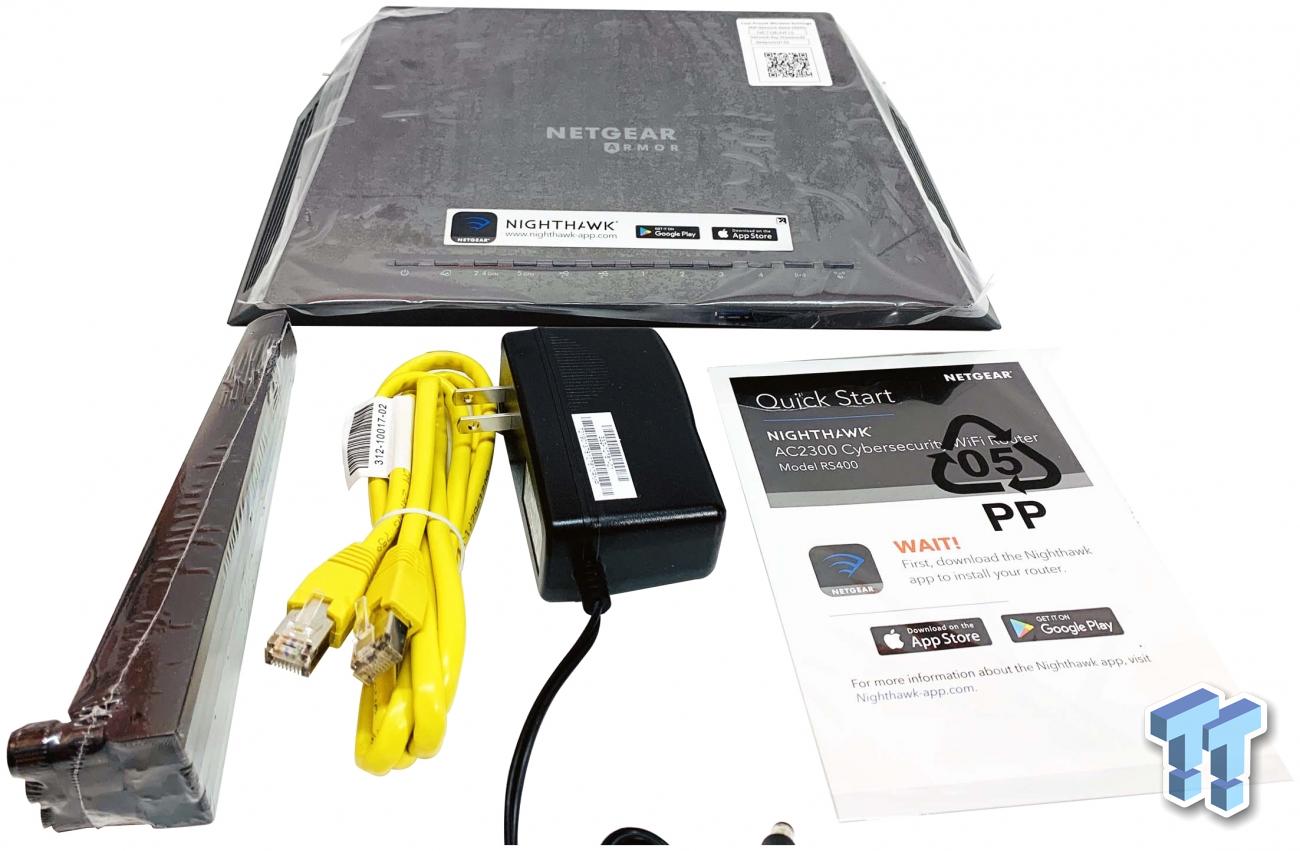 Scope of delivery includes, the router, antennas and ethernet cable along with power adapter and reading materials.

The RS400 has removed the Nighthawk branding from the router itself and opted for Armor instead. Otherwise we have the same R7000p layout with activity LEDs along the front.

On the backside, we have four Gigabit LAN in black and a single WAN in yellow along with three antenna connectors. 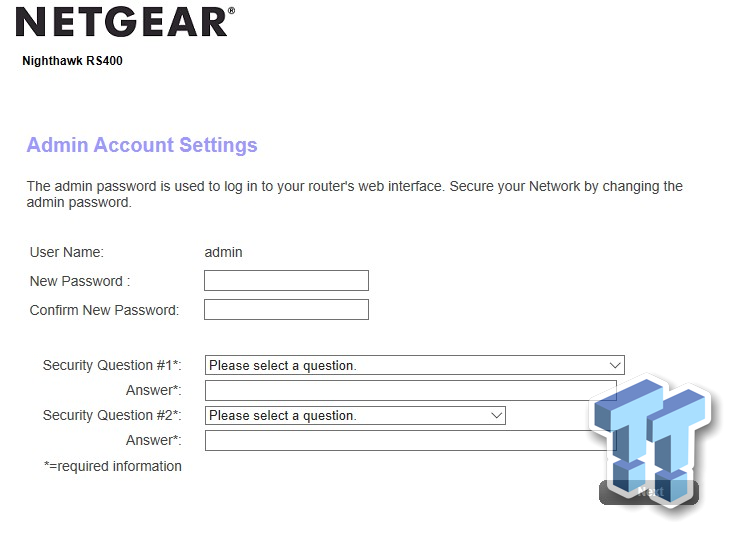 Setup hasn't changed a bit over the years. We start by creating and account with security questions. 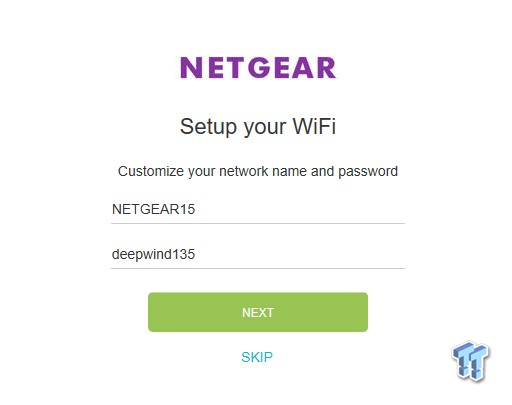 Following up step one, we move to SSID and password. 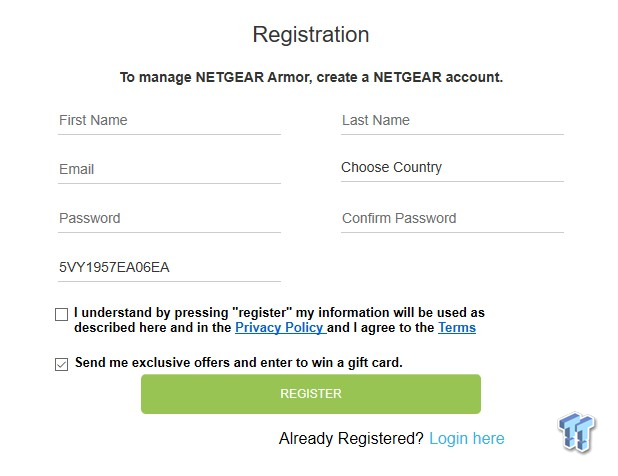 A Netgear account is required for Armor setup, you can do that in this step. 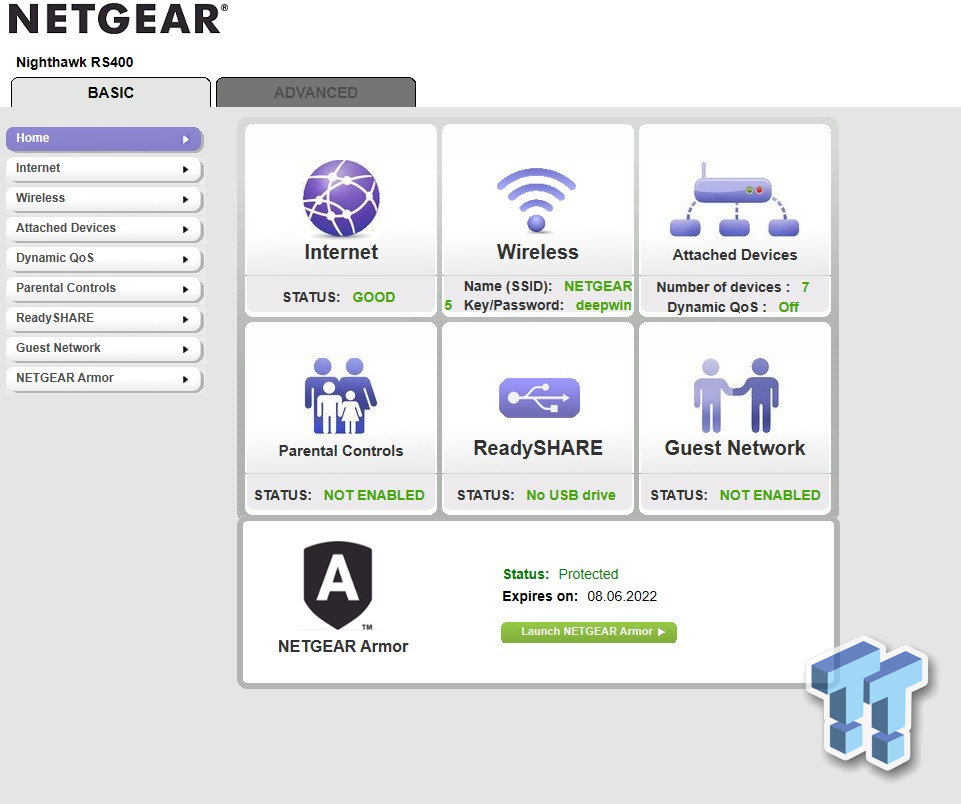 Finally, we land with a familiar interface; advanced and basic options at the top and sidebar to the left. In the center we get a quick glance at the system and new Armor tab at the bottom.

Moving through settings, we have the ability to customize Wi-Fi including SSID, password, channels and security options.

Netgear Genie still has dynamic QoS and built in speedtest available or you can manually define your connection rate.

To use Circle by Disney you will need to enable it in the router and download the app.

Running through Armor setup, as you can see above, we have our router detected and devices listed on the sidebar. 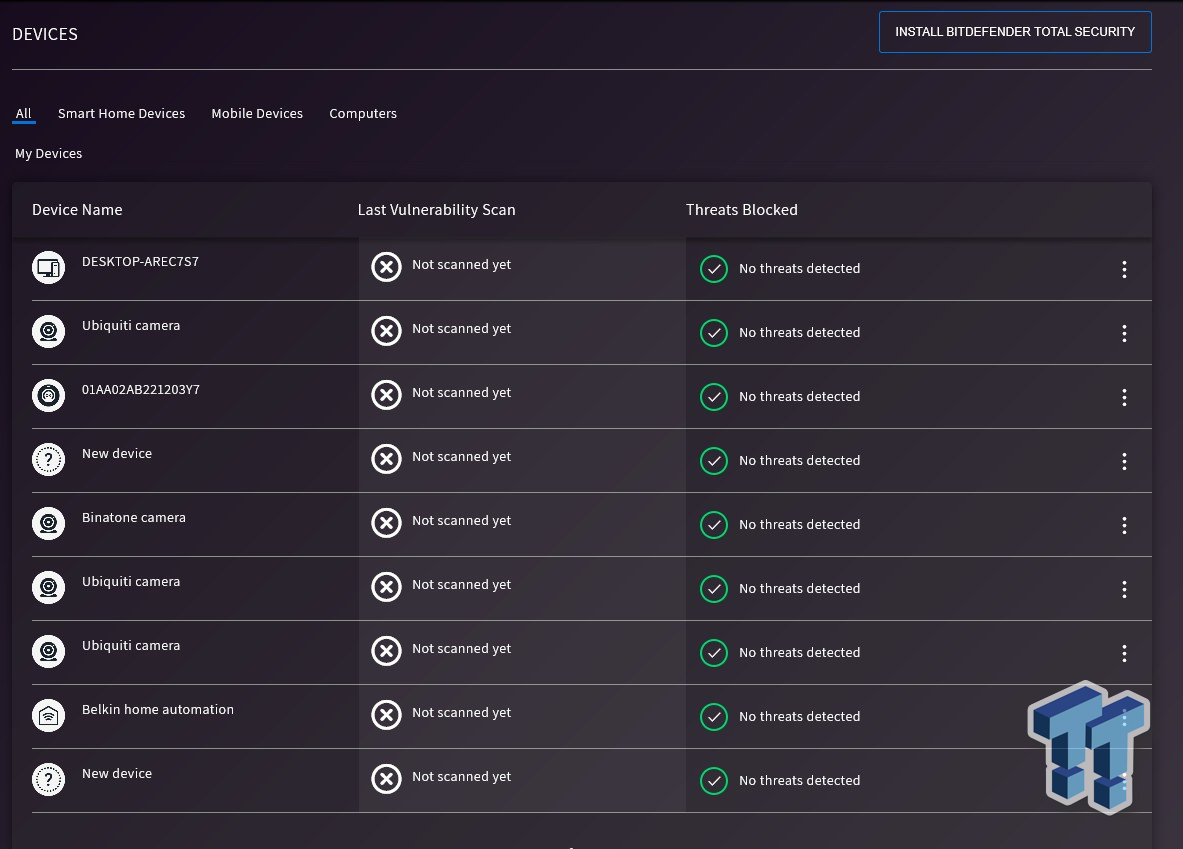 Clicking on the device list, we can see all devices connected to the router and when they were last scanned by Bit Defender. At the top you have the option of downloading Bit Defender total security for each device. 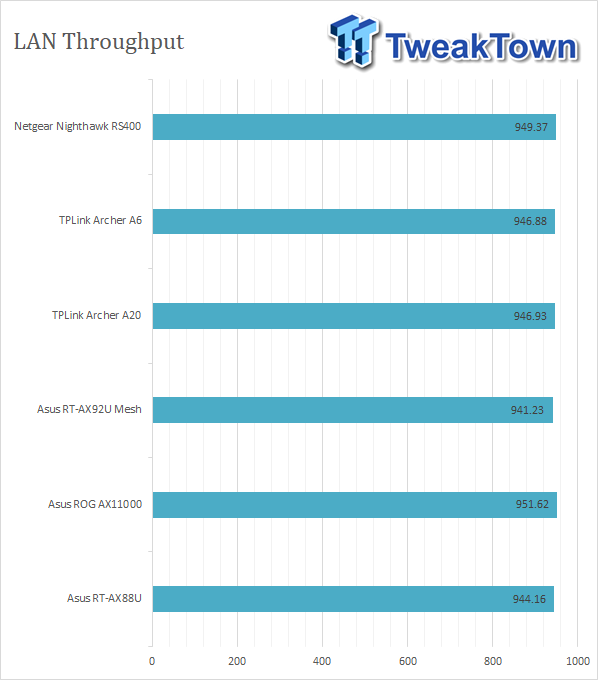 The Wireless throughput chart is getting pretty long at this point, holding nearly five years of router test results. That said, the RS400 sits near the top offering 80MBps for 2.4GHz and 593Mbps for 5GHz. 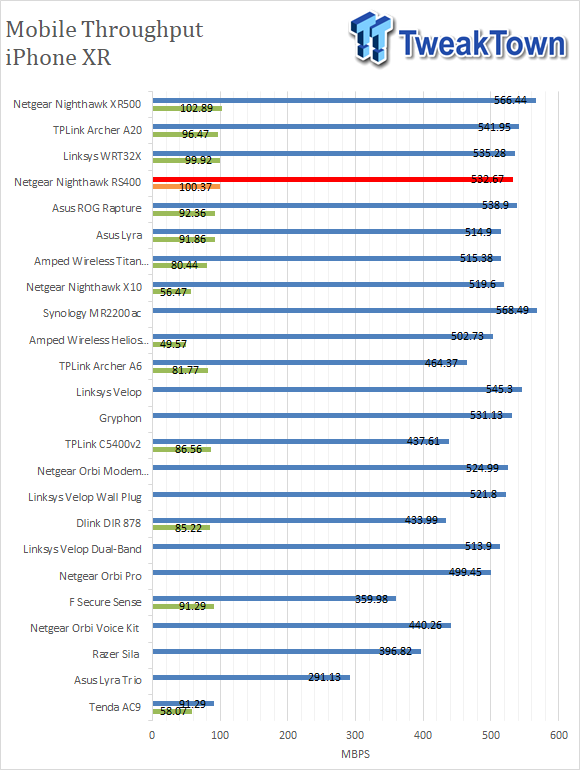 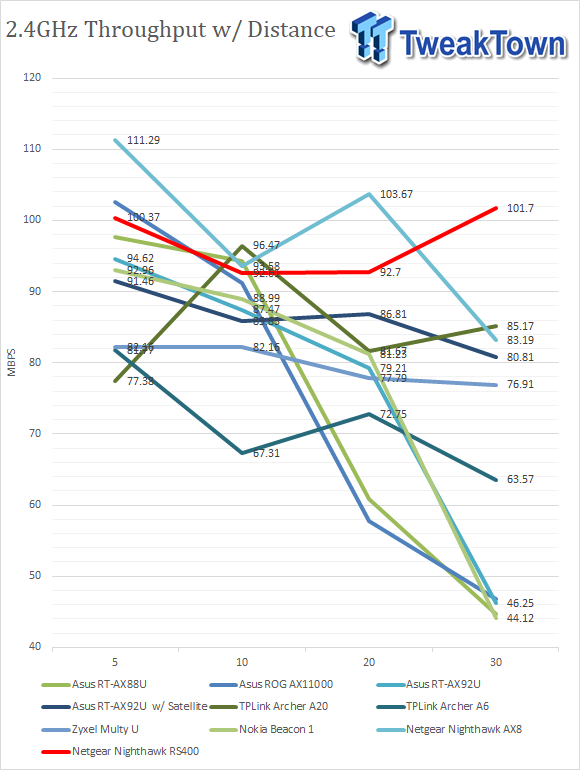 Moving into range testing, we see the RS400 near the top with 2.4GHz holding its performance through 30ft. 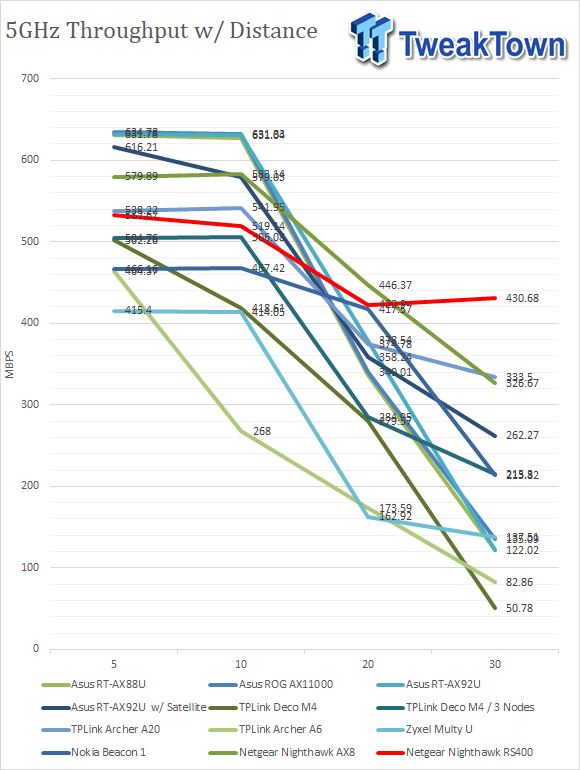 Looking at 5GHz performance with range, we see 532Mbps at 5ft holding through 10ft. At 20ft, performance drops to 422Mbps finishing at 430Mbps.

Closing this out, many of you are already thinking what I ran through my head many times. What's the difference between the R7000p and RS400? Especially since the R7000p is much cheaper to purchase and has the exact firmware loaded on the unit.

As stated the hardware is nearly identical between the 7000p and RS400, so its only natural to expect performance to match. With this I wasn't disappointed as the 400 was able to reach 949Mbps in LAN testing, 100Mbps with 2.4GHz and 530Mbps in 5GHz. As for range, 2.4GHz was amazing holding its performance past 30ft and 5GHz, started at 530Mbps and lost only 100Mbps at 30ft.

There are also quite a few value-added features to this router, including the basic "Genie" features such as traffic monitor, where you can set your monthly limits and have the router LED change color when you encroach those. You can also have the router shutdown internet access after you reach that limit. Of course, we have access to Disney Circle for advanced parental controls and Netgear Armor with Bitdefender available for all systems on your network.

If you are a parent or concerned about your security on the internet, the NETGEAR Nighthawk RS400 AC2300 Cyber-Security wireless router is a solid solution that offers the performance of a Nighthawk router and the security of Bitdefender.