Our first view is of the left side of the Alloy FPS RGB, where we see a few things worth a mention. First of all, we can see the plastic lower half and the steel top plate which makes the frame-less enclosure. The second thing is that the switches are exposed, and the bodies of said switches are clear. The last thing to note would be the angle of attack for the keys, as the first three rows angle away from the user, while the back three angle forward. Glancing at the layout of the seventy-four keys of the main section of a keyboard, we see an easily readable font used, and other than the HyperX logo on the space bar, there is little to distract you. The F-keys, on the other hand, do offer dual functionality, as seen with the various icons on them.

F1, F2, and F3 are used to switch profiles. This can also be done in software, but when in the moment, a need may arise that you don't have the time to open the software. While holding the Function key, you can easily swap to whatever profile is required at that time.

We then skip ahead to the F6, F78, and F8 keys, where the multimedia functionality starts. F6 will play the previous track, F7 is the play/pause button, and F8 selects the next track. Again, you must also hold the Function key to use these.

Continuing down the line, we then see F9 used to mute the PC, while F10 and F11 lower and raise the volume respectively. The F12 is used for Game Mode, where keys are disabled so that exiting the game is very limited, unless done through the game menu or more complicated combinations of keys, not just a single press of a key, accidentally. Moving back a bit, we can see the entirety of the right end of the keyboard layout now. Everything you need is there, from commands, to arrow keys that also address LED intensity. Far to the right are the lock LED indicators next to the HyperX name, as well as a full number pad, with optional arrow keys on it.

As we turn the corner to look at the right edge of the Alloy FPS RGB, we also flipped out the feet. Much of what we saw on the other side is found looking here, but now the first three rows of keys are flat, while the back three lean even more forward than before.

Making our way to the back edge of the keyboard, we quickly run into the charge port and the mini-USB port for the detachable cable. These are located just between the command keys and the number pad for reference.

The bottom of the keyboard is flat, but the plastic is textured. There are angles at the edges as well as around the feet, but the main reason to look under here is the product sticker. If you happen to bin the box, should an issue come up after some use, you will need the model and serial numbers found there for support. The pair of feet at the back edge flip out and are well supported by the frame around it. We do like that the bottom of the feet have a rubber pad on them for added grip, but this can make the feet collapse if you find yourself shifting the keyboard around on the desk a lot. 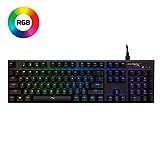