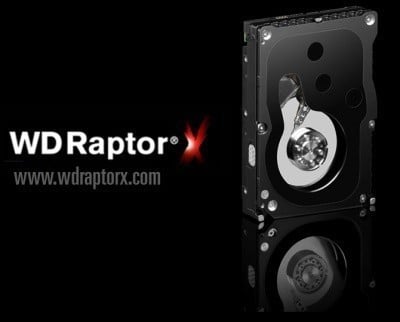 When Western Digital first let rumours fly back some three years ago of a desktop hard drive that would operate at 10,000RPM (something that was reserved for the server market) tongues were wagging, hoping to see this come to fruition. Western Digital didn't disappoint, and so the Raptor series was born.

The original Raptor series come in two flavours - a 36GB and a 74GB model. They used server platters, drive motor and heads but the SCSI interface was replaced with Serial ATA interface. These drives managed to slaughter any other hard disk on the market, simply because of the extra RPM speeds they were capable of pushing out. While they were fast, there was simply one problem - price. You could buy two 250GB drives for what one of the 74GB Raptor drives would cost - price per GB, they were the most expensive drives available.

Now we come to today's world, where pure speed isn't everything. Today a 74GB Raptor is slower than some of the 7200RPM SATA-II drives with NCQ, so something had to be done to give the Raptor some more bite and possibly take back the market reputation of being the quickest thing money can buy.

Western Digital has been working on this for the past year, and now we have seen the release of a new member into the Raptor family dubbed the Raptor-X. What does this drive have to offer? Let's have a look.

Rather than going into huge detail about the Raptor X drive, we will discuss a few of the technical details in brief.

The drive itself comes in only one form - Serial ATA interface with a maximum size of 150GB. The drive is simply a re-design of the Western Digital SCSI drives to use Serial ATA rather than SCSI or SAS. The drive supports Generation 1 SATA specs with support for NCQ. This means you are limited to a 150MB/s transfer rate between the SATA drive and the Host Bus. While the 300MB/s would be nice, Western Digital released a press statement saying that the 150MB/s would be sufficient, as the 300MB/s is only between the cache and the motherboard SATA controller. 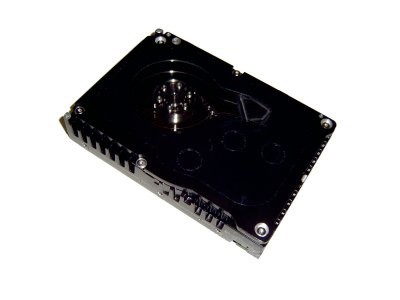 When it comes to the Raptor X series of drives, it's definitely one for the books. The physical dimensions of the drive are no different than that of any other on the market; however, this is where things end. The drive weighs in quite heavy. To hold this drive and a drive from Seagate in your hands, the Western Digital feels like a brick compared to the Seagate drive.

On the side of the drive are cooling fins, since this drive runs at a massive 10,000RPM's and heat builds up very quickly. To combat this, the drives outer casing is designed to flow air across the drive to keep things cool. For best results, placing this drive at the front of the case just in front of the intake fan will keep this drive very happy. 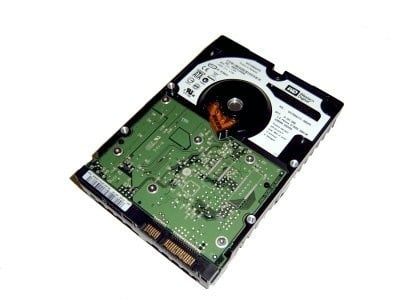 The bottom side of the drive reveals the controller circuitry. This drive is totally different in terms of its layout compared to other Western Digital Hard Disks. Normally the PCB of a WD Hard Disk extends almost half the drive with very cheap power connectors to the drive motors. The Raptor X uses a similar circuit layout to their server drives. All of the controller chips as well as the cache modules are sandwiched between the drives lower casing and the PCB. 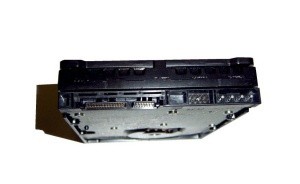 The back of the drive houses the connectors. Western Digital provides two power plugs, one SATA and one Molex. If you don't have a PSU with the SATA power ports as standard, you can use the Molex HDD power connectors instead. The SATA data port uses the new click connect attachments. While having the layout of a SATA-II drive, the Raptor X doesn't support the 3Gbps transfer rates that the new standard provides. The Raptor X does add support for Native Command Queuing, something that was lacking in the last generation of Raptor drives. 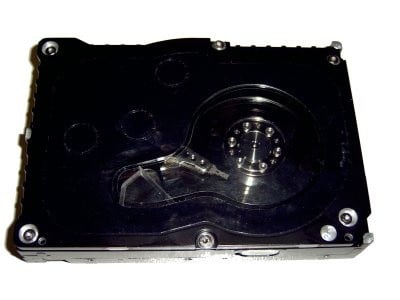 The Raptor X is the first drive of its type for the case modders. There have been users in the past who have done their own window mods to their hard drives but Western Digital have gone a step further and done it for you. While they may look good, these home modified drives are doomed to a quick death.

Hard drives are vacuum sealed from the factory to prevent the entry of foreign matter on the drive platters. When you open a drive you allow air, moisture and foreign matter into the drive, which results in bad sectors, data corruption and eventually, rendering the drive totally useless. The Raptor X has a factory built in window allowing you to view the drive platters and heads at work, which is a much safer option than doing the mod yourself.

In our testing we will put the Western Digital Raptor X up against two other drives, first will be a Seagate Barracuda 7200.9 drive as well as a Caviar SE SATA-II drive to see just how well this drive is able to perform its tasks.

Here we can see that the Raptor X with its 10,000RPM speed manages to take the lead in our first synthetic test.

Here we see again that the Raptor X takes the lead. Even with its lower host transfer speed, it is able to remove the Seagate 7200.9 with its SATA 2.5 specs from the top of the crowd. 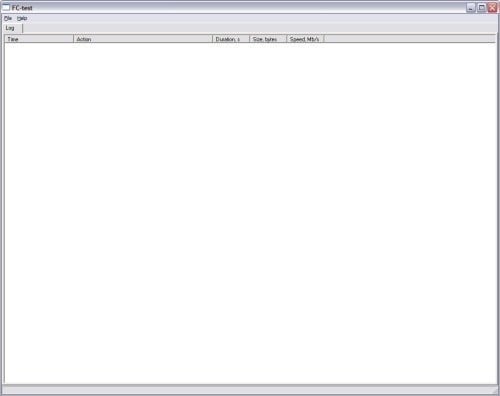 This is where the Raptor X really shows its true colours. With the higher plater rotation speed, it's a lot quicker to read and write data to and from the drive.

We loaded our test maps in Half Life 2, Doom 3 and Quake 4. We did the tests over three attempts on each and used the average time to give a fair example. Due to the human factor, there is a light reaction time delay because no one is able to hit the button on the exact millisecond, however, all were right on the point of full load in each map.

Game loads don't show much advantage, though the less time it takes the better.

It is clear that Western Digital has introduced to the market the ultimate in magnetic storage drives, once again. The Raptor range when first introduced sold well, despite their high price per gigabyte. With the emphasis on larger storage mediums in the digital world we are now in and consumers wanting to spend as little money as possible, the question is will the Raptor X be the bomb or a dud?

What we can answer is that these drives have the fastest read and write speeds, a larger capacity than its predecessor and supports Native Command Queuing, allowing the drive to take advantage of some of the new SATA 2.5 specifications. It also has some funky features like the see-through window so you can see how the drive works and some inclusions to help keep the drive as cool as possible.

Overall the Western Digital Raptor X is definitely not one for quiet PC users, as the 10,000RPM speeds make this drive whine like a small turbocharger at times and if you put this into a small enclosure, you will find the drive overheating very quickly.

Surely the new Raptor X series of hard drives will be popular with enthusiasts who don't mind spending a little extra money (try almost $600 USD for a 300GB RAID 0 setup) but others might opt for a different drive like the new 7200.9 series from Seagate which is much cheaper per gigabyte but still offers acceptable performance.


Rating - 8.5 out of 10 and TweakTown's "MUST HAVE" Best Performance Award