It's almost hard to picture it now, but 2008's Iron Man was a big roll of the dice for Marvel (then in partnership with Paramount Pictures), featuring a character that was hardly of the caliber as big hitters like Batman or Superman, and an actor who was a washout just a few years earlier. But its success quickly paved the way for more - and as they say, the rest is history. Unfortunately, the trajectory for DC's stable of characters has been far more tumultuous, with only last year's Wonder Woman enjoying both critical and financial success.

Like Suicide Squad before it, Justice League has endured a painful birth, with reports of diabolical test screenings, a director stepping down in the middle of post-production, significant reshoots and even a new composer. With $300 million tied up, this was a project too big to fail. But the seams are painfully obvious. There are no two ways about it - Justice League is a mess. 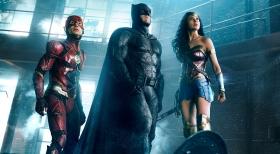 When Earth becomes threatened by the alien warlord Steppenwolf and his army, Batman (Ben Affleck) must fill the void from the death of Superman (Henry Cavill) and unite the Justice League to prevent Steppenwolf's plot to unleash the powers of the mother boxes and terraform Earth into his Armageddon-like homeworld. 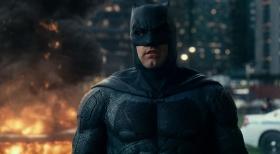 In contrast to the decidedly mixed reactions received by Batman v Superman and Suicide Squad, the fresh and upbeat Wonder Woman instilled confidence in many that the DC Universe had turned a corner, but in many ways Justice League feels like a big step backward. Even with its pricey rescue package, I can't help but conclude that this is the worst DC film yet. 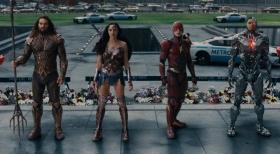 As the films unfolds in a clearly disjointed and scattergun approach, it becomes abundantly clear that this version of Justice League is missing some key elements. In quick succession, subsequent sequences continue to pummel the audience with new locations and characters, which reinforces the industrial cuts that have been made to shoehorn this behemoth into a two-hour runtime.

While Zack Snyder retains sole director credit, there's little doubt that the version of Justice League that's hitting the big screen has been heavily modified by the studio and its completion guarantor Joss Whedon. Coming with a solid track record in bringing ensemble superhero films to the big screen, the fact that Whedon hasn't been able to shape this film into anything resembling a cohesive whole only serves to indicate how foregone the whole venture was. Up against the previously announced release date, and with huge amounts of CG work to complete it, he's taken on a completely thankless task and done probably the best job he could. Would have Snyder's original vision been better? We'll never know. But it's hard to see how it could have been much worse. 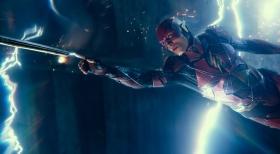 There's no denying Zack Snyder's strong visual sensibilities, but I've long had huge problems with Zack Snyder's storytelling in the DC franchise. To me, his heavy-handed interpretation of Superman in Man of Steel seemed to belies a fundamental misunderstanding of the character and the universe he occupies, and Batman v Superman amplified it's worse transgressions, culminating in an excessive, bloated and ultimately boring experience. Of course, both are not without their fans, but it's fair to say they also overwhelmingly failed to resonate with the general public, in the same manner as the majority of Marvel features have been embraced.

With budgets continuing to spiral north (Justice League is said to have the second highest budget of all time - not to mention marketing costs), these films really have to hit a bullseye to become profitable for the studio. Unfortunately for Warner Bros., it's now all but impossible for this film to turn any profit. And for a film that's filled with some of the most beloved and well-known superhero characters of all time, that's nothing short of a complete and utter train wreck. 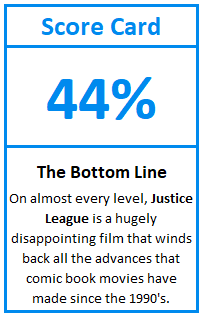