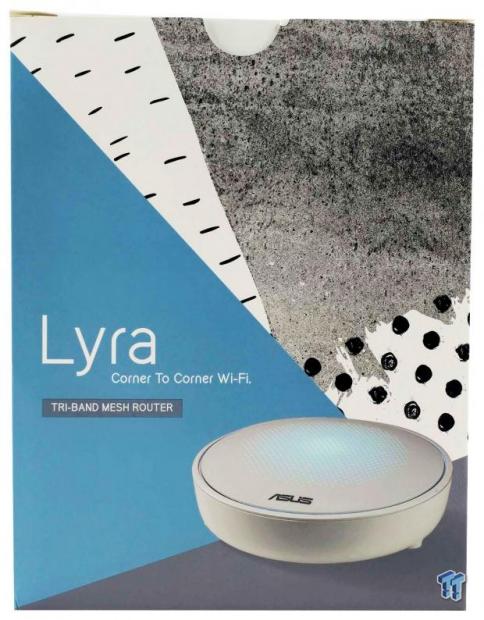 At CES 2017, ASUS unveiled their entry into the mesh networking market with the HiveSpot. That platform has now been rebranded Lyra, and we finally get our hands-on it in today. Lyra is one of only a few mesh platforms on the market to utilize tri-band technology with both Linksys and Netgear be two others. Tri-band platforms have a distinct advantage in that they use the second 5GHz band for a Wi-Fi backhaul. This, in turn, gives a more satisfying user experience to clients that may be connected to a second or third node.

Lyra is a three-node system, but it is customizable. You can buy a single pack Lyra and just use it as a standard Wi-Fi router and later add on if needed. Each unit has a 400 Mbps 2.4GHz band and two 867 Mbps 5GHz bands. One of the 867 Mbps-capable 5GHz bands acts as a backhaul between each node. 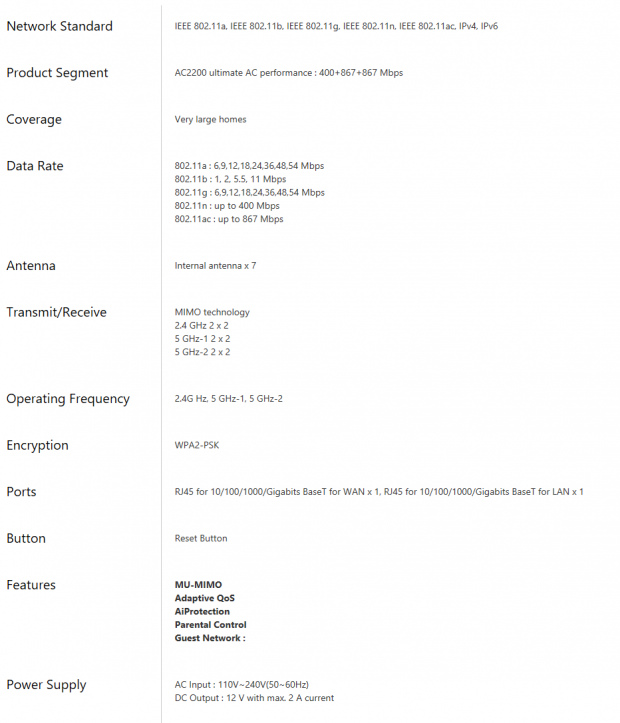 Like many ASUS routing solutions in the past, this too has been outfitted with Ai Protection from TrendMicro. This protects your network from unwanted intrusion along with infection detection and block along with the ability to block access to malicious websites.

The MSRP of the three node Lyra Mesh platform comes in at $399.99 with a two-year warranty.

The packaging does steer away from what we typically see with ASUS. With this being a broad consumer product instead of gaming, it is nice to see the modern appeal on the box art. 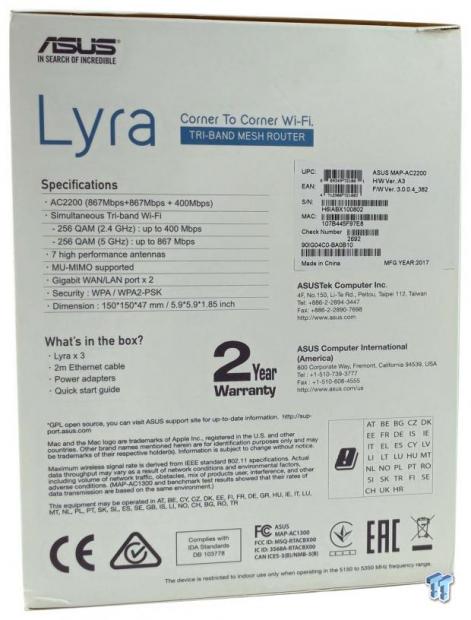 The back houses a full specification sheet for the router. 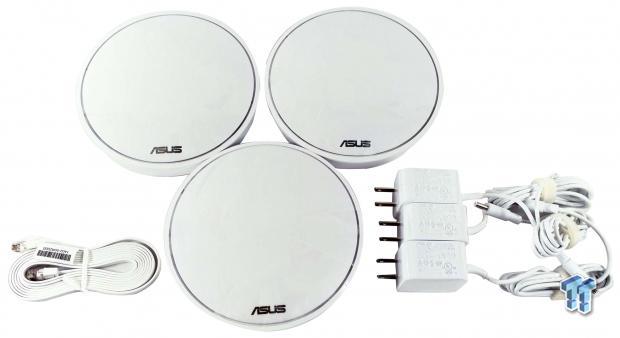 In the box, we find three Lyra units, three power adapters, and one ethernet cable. 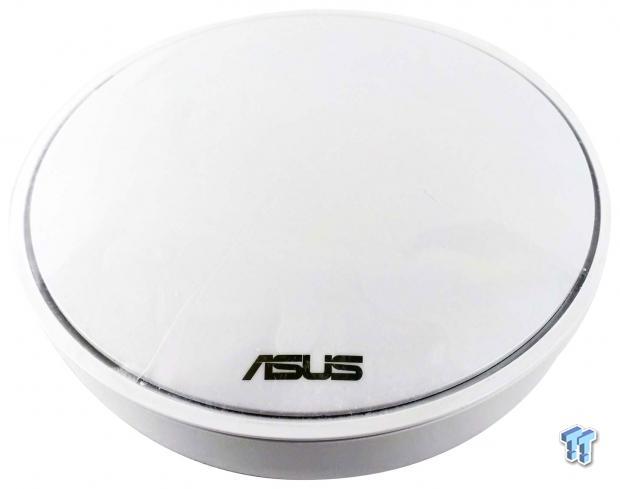 Lyra may be one of the best-looking mesh platforms currently on the market. Each small puck has ASUS branding on the front with an RGB LED on the top.

The side of each node houses a pairing button for setup.

The backside gives us both ethernet ports and power input. 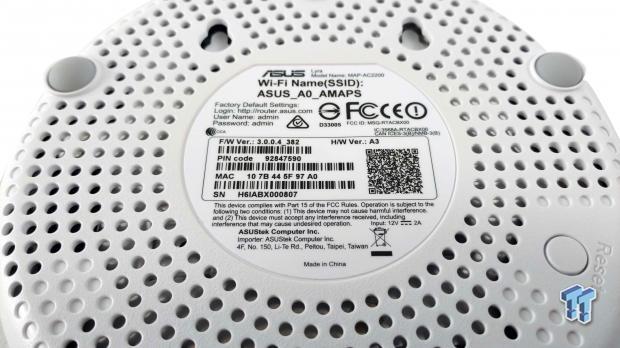 The backside houses regulatory info and model info. At the top, we have wall mounting notches built into the frame of the node. 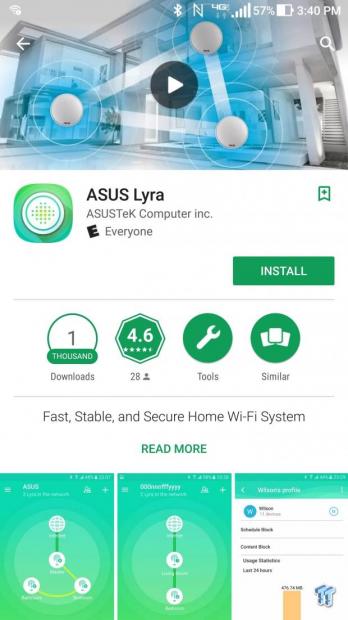 Like many new platforms, Lyra is controlled via an app available for iOS and Android. I am using the iOS version. 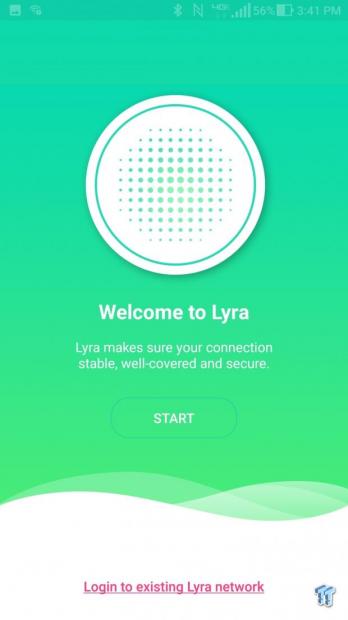 Setup starts with a quick welcome before we push on to the next step. 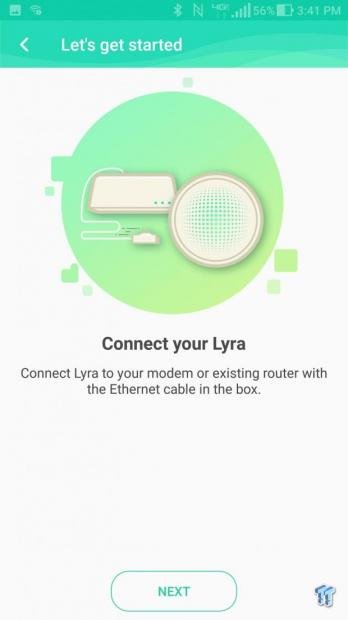 We then set up and plug in our first node, connect to our modem, and continue in the app. 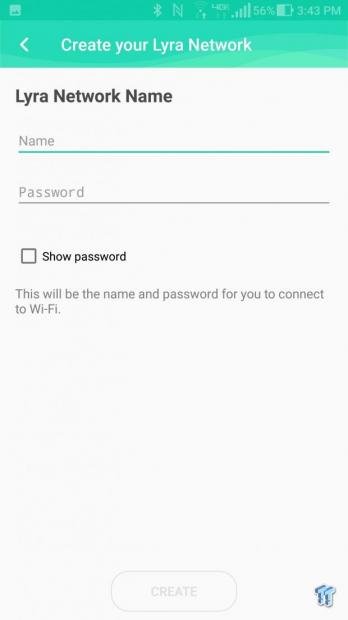 We choose our SSID and password here in the next step and move towards the finish line. 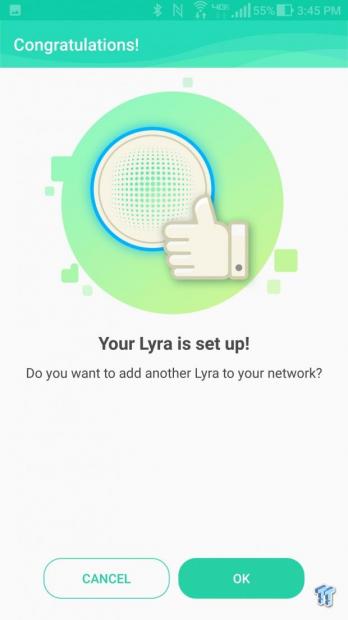 Lyra setup is complete. Adding additional nodes will take you through those same few steps again. 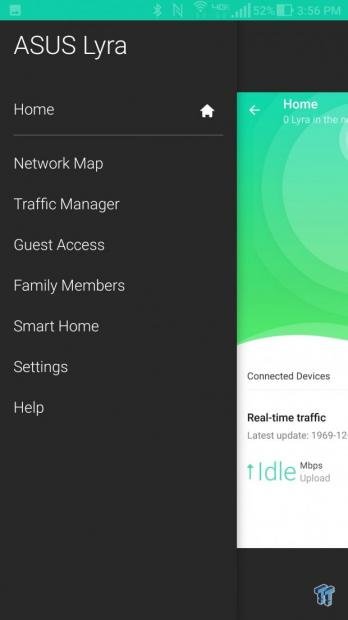 The dashboard for Lyra gives access to a network map, traffic manager, and guest access on the left side. 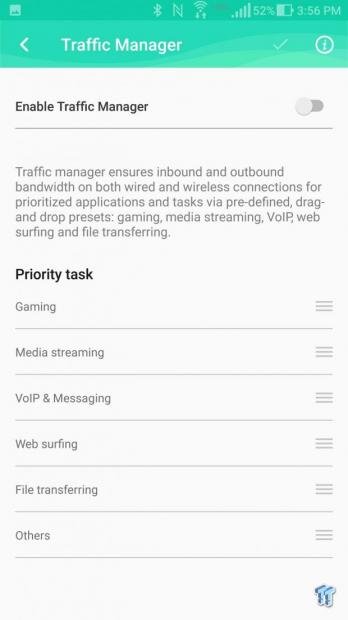 Traffic Manager enables you to prioritize Lyra for certain tasks. 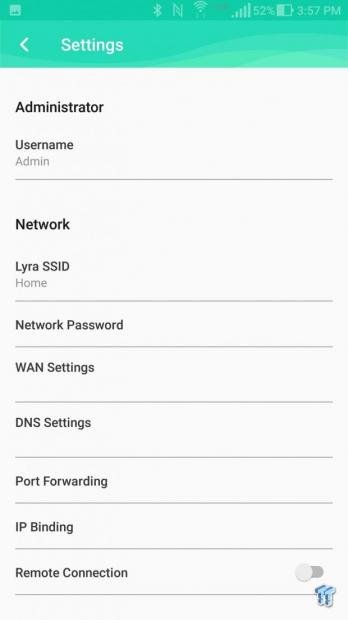 The settings menu gives you access to the SSID, password, and WAN settings. Advanced controls include port forwarding, IP binding, and remote connection. 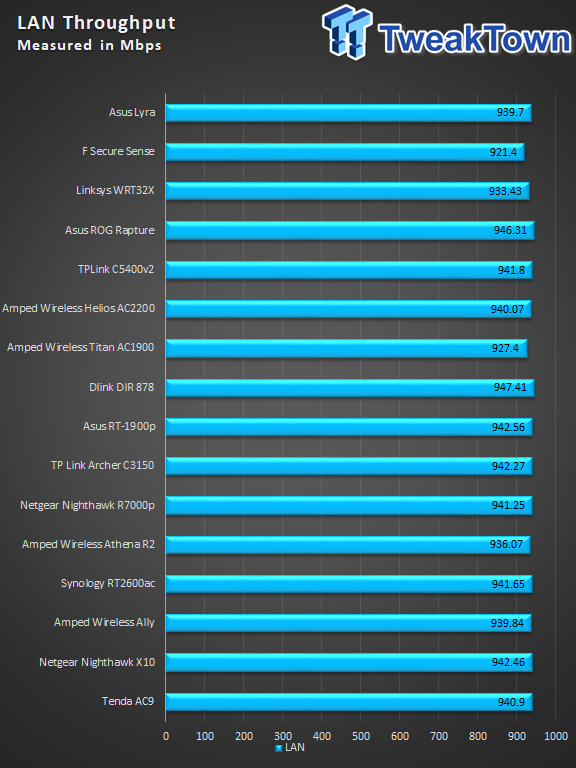 Testing Lyra, I could get solid throughput via LAN reaching 939 Mbps. 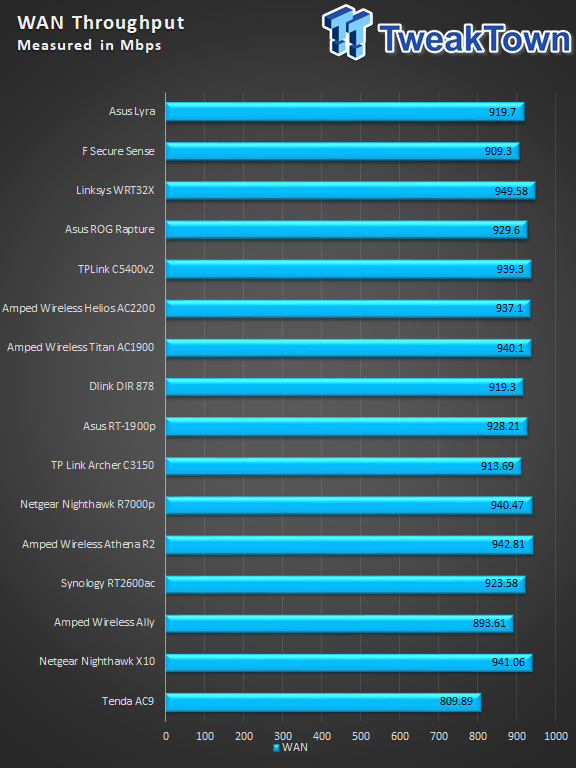 WAN throughput was only slightly lower at 919 Mbps. 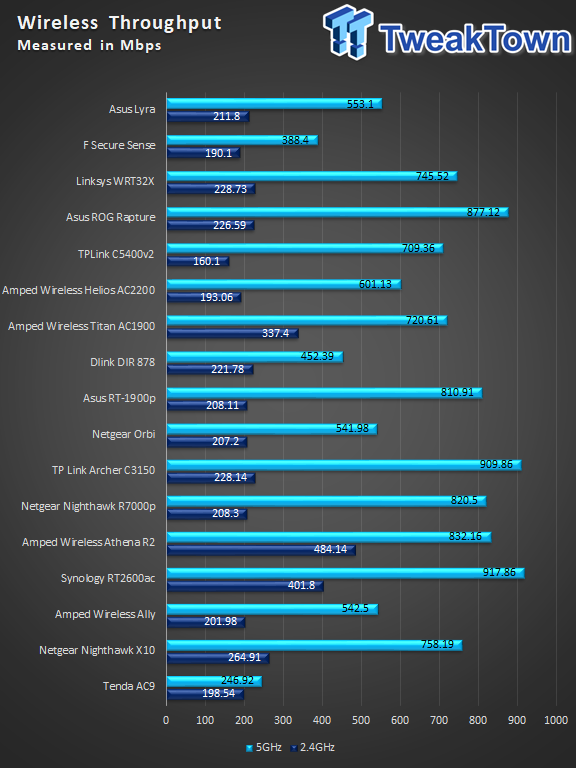 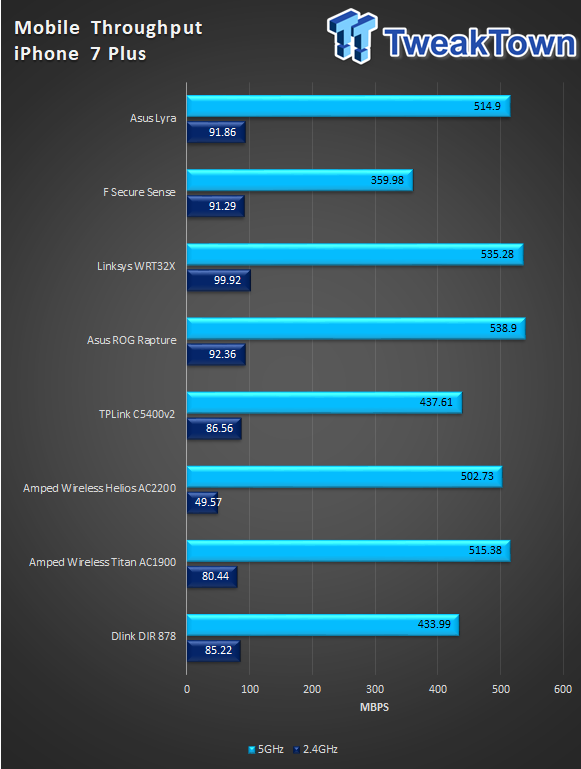 Moving over to our iPhone, we found mobile throughput to reach 91 Mbps with 5GHz again doing quite well at 514 Mbps.

Our next test for this new setup sees how range affects performance. With this, we start at 10Ft and move out to 30Ft. Routers are tested in their default configuration for this part; the client device is the iPhone 7 Plus. 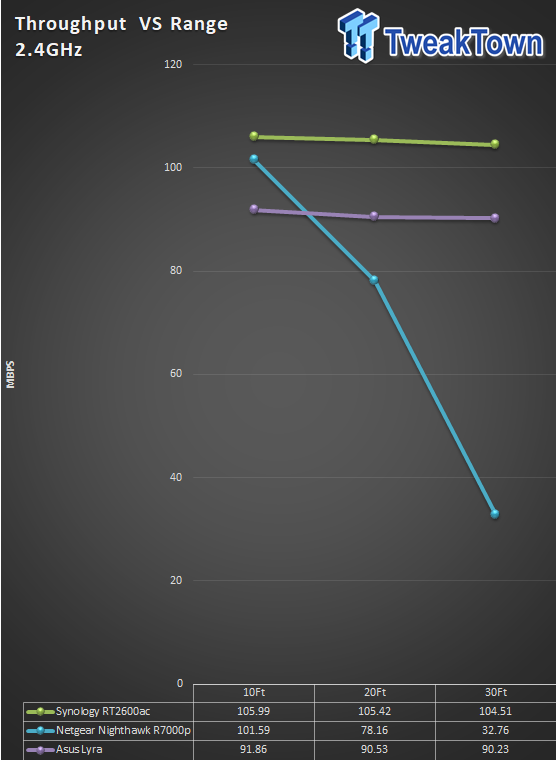 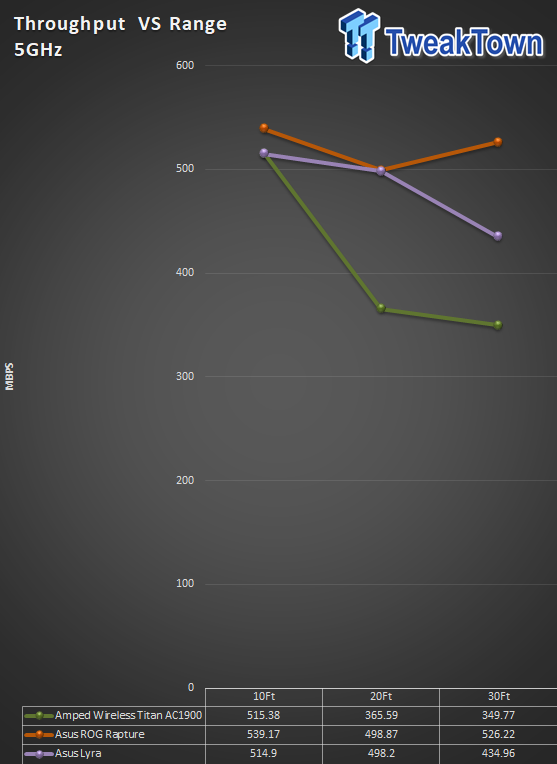 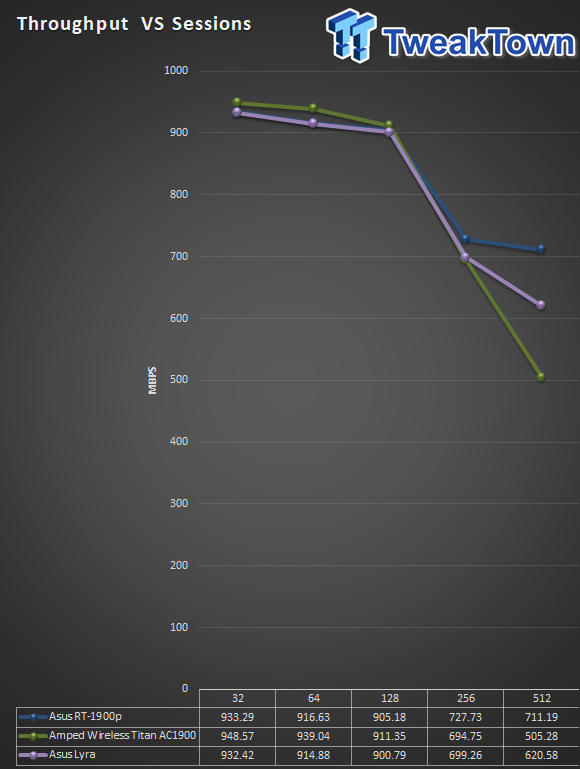 The Lyra did amazingly well in our sessions test and as you can see in the chart above ended right in the middle between the best and worst routers we have tested.

For this test, we started at 932 Mbps and at the halfway point were down to 900 Mbps. We finished this test up with the Lyra still holding on at 620 Mbps.

I've been using the Lyra in my own home for a slight bit over a month now, and I must say it's really one of the most stable mesh platforms I have used. That's saying a lot because we have had nearly all platforms come through at some point, albeit most were tested within days of launch.

Build quality is superb and what I would expect from ASUS or any notable vendor for that matter. The plastics fit tight together, and the small form factor allows you to tuck them away with ease. Adding to that, ASUS made Lyra wall mountable, so you can take things a bit further and set up your home with nodes on the ceiling or wall, wherever you have power. The only drawback I found during my testing was I couldn't turn off the LED on all nodes, just the base node.

The performance was some of the highest we have seen from a mesh platform too - it's right up at the top with Netgear Orbi from earlier in the year. In LAN, we topped out at 939 Mbps, WAN reached 919, and Wi-Fi 211 Mbps and 553 Mbps, respectively.

Moving into range and mobile throughput, I found equally pleasing results with Lyra holding its 2.4GHz throughput the full 30ft run we test in. 5GHz did lose some performance down to 434 Mbps, but in a full node environment, it would be less.

The app is one of the cleanest I have seen, offering a simple setup procedure and modern dashboard feel. The Lyra does lack many of the advanced features you would find on a typical single node router, but ASUS was sure to keep Ai Protection, and port forwarding along with a slimmed down version of QoS with Traffic Manager.

The Bottom Line: With so many mesh platforms on the market, the ASUS Lyra stands out as a top three solution for those that want an easy to set up and very quick mesh platform for their home network.