Valerian and the City of a Thousand Planets Movie Review

Perhaps best known to western audiences as the visionary directory behind the flawed, yet still dazzling 1997 sci-fi hit The Fifth Element, Luc Besson makes a grand return to the genre with a massive $230m budget and the latest in CG tools to do the ambitious visual stylings justice.

Based on the French graphic novel series 'Valérian and Laureline' which enjoys cultural impact in Europe some 40 years after its debut (despite little awareness elsewhere on the globe), Valerian and the City of a Thousand Planets goes head to head against better-established properties from the likes of DC and Marvel in a risky, but ballsy, move - the likes of which we don't really see in an increasingly risk-averse Hollywood. 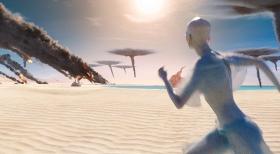 Seven centuries in the future, alien species from across the universe have converged to call the city of Alpha home; a sprawling melting pot where planets share and coexist in harmony for the betterment of all. But during a mission which finds them called to hunt down a rare, and priceless prize, agents Valerian (Dane DeHaan) and Laureline (Cara Delevingne) become embroiled in a conspiracy which could spell doom for Alpha and all that's been built. 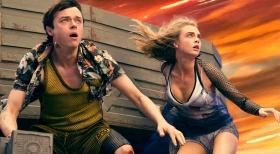 Before turning in each theatrical verdict for you fine TweakTown folks, I try and keep a wide berth of other reviews so I can formulate my opinion free of any preconceived notions. But every now and again there comes a film with such an attached stench of impending death that it's hard to avoid. From the disappointing advertising campaign to the absence of established star power, Valerian was always facing an uphill battle, and so it's come to pass. Currently sitting at 51% on Rotten Tomatoes, it's clear that the film has evenly split the critical class and audiences alike. Personally, I found it a highly entertaining and polished piece of entertainment. 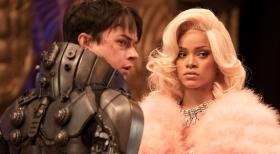 While she might hold the attention of teens everywhere, I can't say I've ever been much of a fan of model-turned-actress Cara Delevigne (or her eyebrows) and her role in last summer's Suicide Squad did little to sway me either, but I've got to say she's actually pretty good here, with plenty of charm and a believability that belies all those green screens and cut out heads on poles that she was no doubt acting to behind the scenes. Similarly, Dane DeHaan, whom I only really know from the previous Amazing Spider-Man reboots does a pretty good job at carrying the forward momentum for the film. Sure, their unfolding love story is a little cliché, but it's clearly a throwback to a simpler time, in a 'Star Wars' circa 1977 kind of way, and it works. 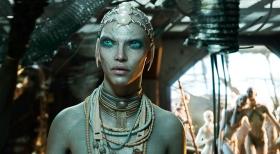 While Luc Besson has a highly regarded filmography that includes modern classics like Leon: The Professional, La Femme Nikita, as well as the more recent Lucy, it's the sprawling visuals of The Fifth Element that first revealed his eye for eye-popping visuals, coming at a time when CG graphics were coming of age, and new found cinematic possibilities were unfurling at record speed. Valerian takes that same propensity for dense, over-the-top visuals and ramps it up a hundredfold (there's even a few winks and nods to suggest both films might even take place in the same universe).

While the visuals are undoubtedly spectacular and set new benchmarks, it's the cohesively designed alien species that truly impresses. Rather than going the Phantom Menace route with a heap of bumbling alien species bringing attention to themselves needlessly, there's clearly been a real attempt to imbue the various species with something resembling humanity. It's not necessarily successful in every attempt, but it's hard to deny the keen artistry that sits behind all those zeroes and ones. And I'll take that over a million soulless comic book movies any day. 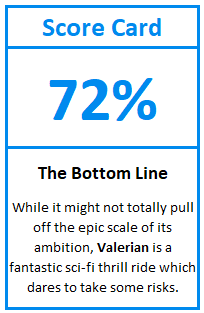