It's almost impossible to recall now, but there was a time before the 2014 release of the first Guardians of the Galaxy that many critics were predicting it would signal the first big Marvel flop, with a relatively unknown property, an untested leading man (and his computer-generated Raccoon sidekick) and that the whole enterprise was just stretching the Marvel formula too far into unbelievability.

Well, not only was it a convincing hit in itself, but the fledgling studio is still awaiting its first flop. Now, three years later the Guardians are all back, and this time they're packing a bigger budget, greater ambition, and even stronger self-confidence. 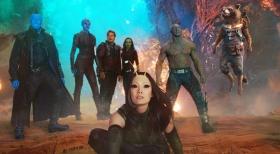 Following the successful conclusion of a mission for an aloof alien species known as 'the Sovereigns' to protect a collection of priceless batteries from an imposing force, the Guardians become the hunted when Rocket (voice of Bradley Cooper) decides to steal a few for himself. With no shortage of weapons and spacecraft at her disposal, the Sovereign leader Ayesha (Elizabeth Debicki) is intent on exacting her revenge, which dovetails with a voyage of discovery for Star-Lord (Chris Pratt), when his long-lost father Ego (Kurt Russell) makes an impactful, but uncertain return. 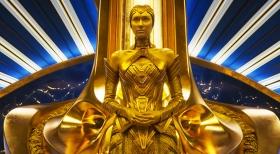 While the 'core' Marvel Avenger films continue to trek down an admittedly entertaining, yet utterly predictable and to be honest, mostly joyless path, the Guardians of the Galaxy franchise serves as a breath of fresh air for the studio, reminding audiences that each series can be part of a whole, but still retain their own unique essence.

Perhaps the most unique of all their offerings, Guardians of the Galaxy shines with offbeat performances, plenty of laughs and a killer 70's infused soundtrack. 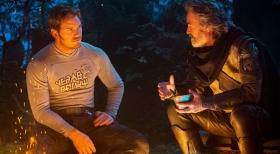 With a tightly knit ensemble cast, it's somewhat difficult to identify a standout favorite, with Chris Pratt and Dave Bautista jockeying for the most laughs, and Zoe Saldana and Karen Gillan battling it out as sis-nemies, but it's the return of a newly miniaturized Groot who undoubtedly steals the show, and who manages to say quite a bit with variations of just three words. Watch out for the frequent cameos, including the obvious Sylvester Stallone and the not-so-obvious Howard the Duck (not to mention the myriad Easter eggs littered throughout) and be sure to stay for the (seemingly) 17 end-credit sequences, one of which lays the groundwork for future films. 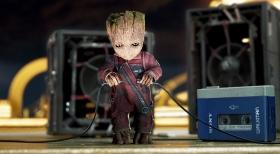 While he came to Marvel with only a few low-budget pictures to his name, Writer/Director James Gunn has not only quickly proven himself as a keenly competent operator with an enviable eye for detail, but also one of the most impressive directors that Marvel can call their own. Despite the plethora of behind the scenes players that inevitably come with such big-budget feature, from all accounts many of Guardians most memorable characteristics have been the sole contribution Gunn, whose brother also returns from his first film cameo to play a more pivotal role this time around. Having already committed to writing and directing the third entry in the series which will apparently round out the series (at least for now), it looks like the future for the series glows quite bright indeed. 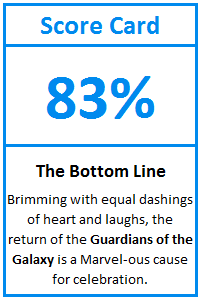