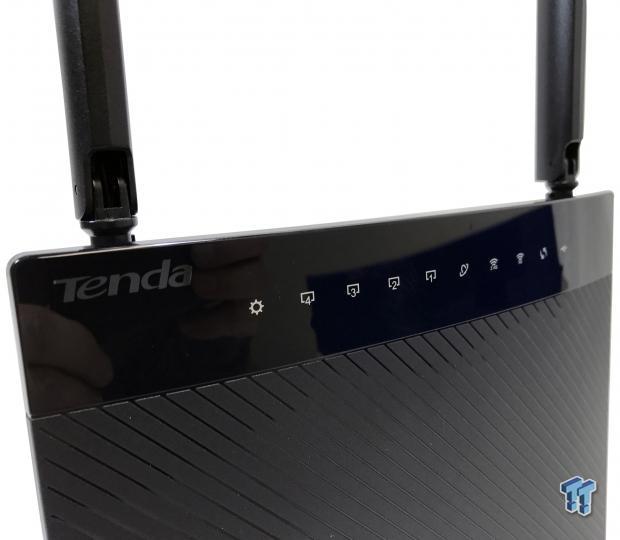 Tenda isn't the most well-known brand in the states, but they do quite well for themselves delivering solutions that are more cost-effective. Not long ago we had a look at the AC15, an AC1900 top-tier offering from Tenda and today we look at the AC9.

The AC9 is an AC1200 solution, and as far as routers are concerned, it's really the lowest you would want to go when upgrading from an 802.11n solution. While any modern router will certainly boost overall network performance when upgrading from older tech, AC1200 is just above the threshold of wireless N.

The Tenda solution carries 300 Mbps capabilities on the 2.4GHz band and 867 Mbps on the 5GHz band, which is complimented by four gigabit Ethernet ports. The base of this platform is running off a Broadcom chipset which is quite popular among entry-level solutions. However, this router is operating at 900MHz with 128MB of DDR3. 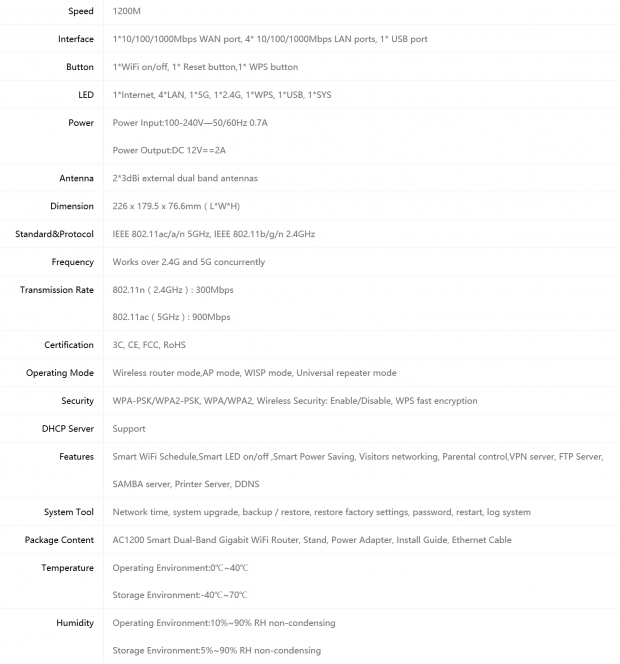 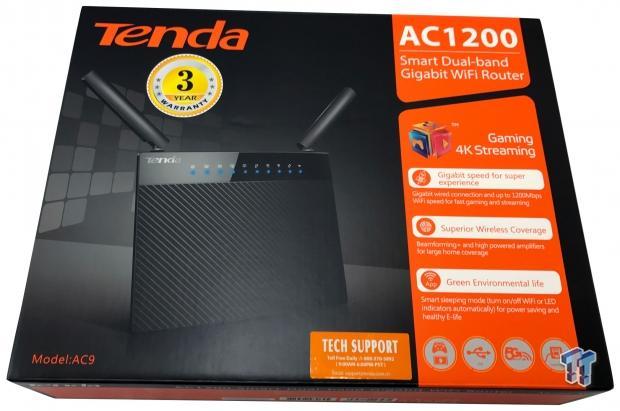 Packaging for the AC9 is quite vibrant with an image to the left. To the right, we have a good amount of marketing including several selling points outlined. 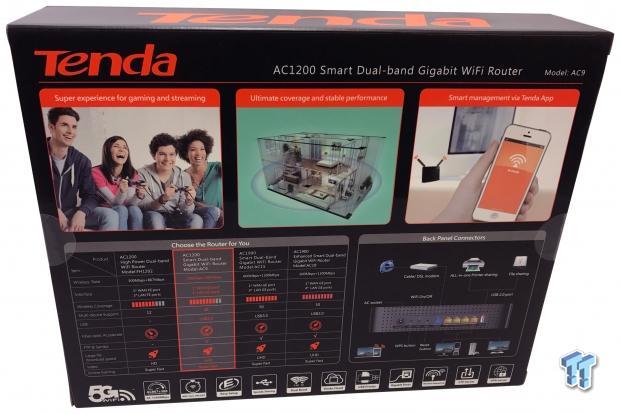 On the back, there is a comparison between routers offered by Tenda with additional features listed above. 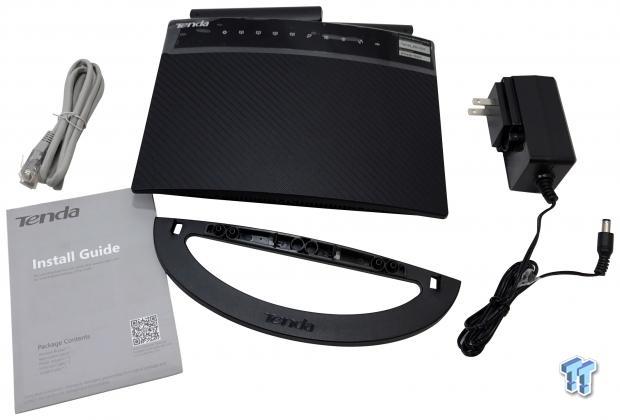 The scope of delivery includes an Ethernet cable, power adapter, and reading materials. 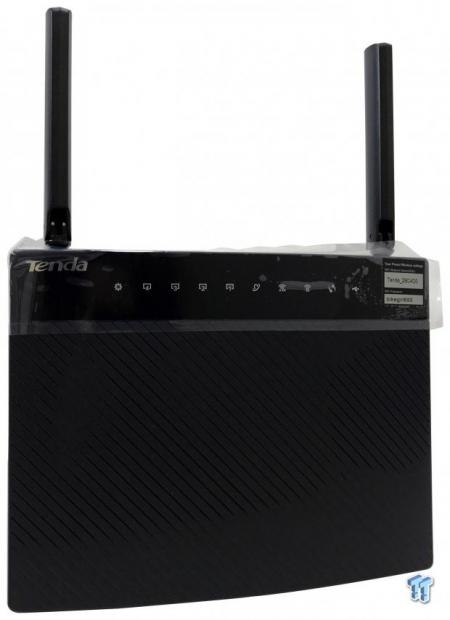 The router itself follows previous design cues from Tenda's lineup. Across the top, we have LEDs for each LAN port and wireless band. 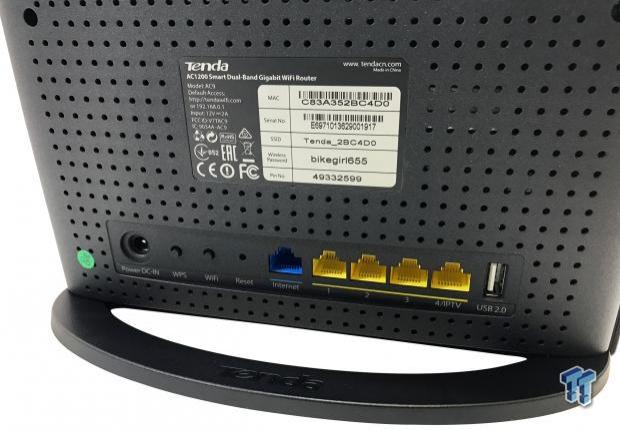 On the backside, we have four LAN ports in yellow and single WAN in blue. The power input is to the far left followed by the WPS and reset button. 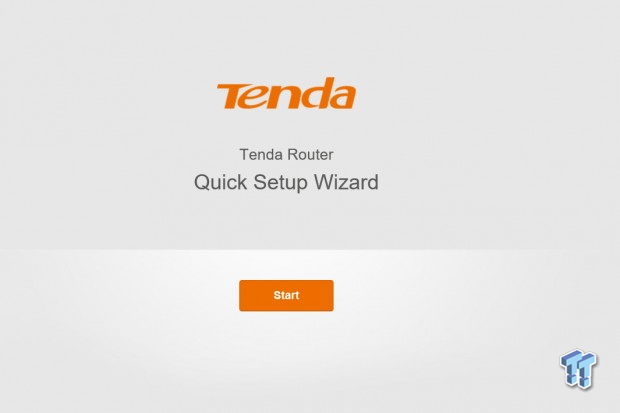 Setup of the Tenda AC9 starts with a wizard, as do most solutions. 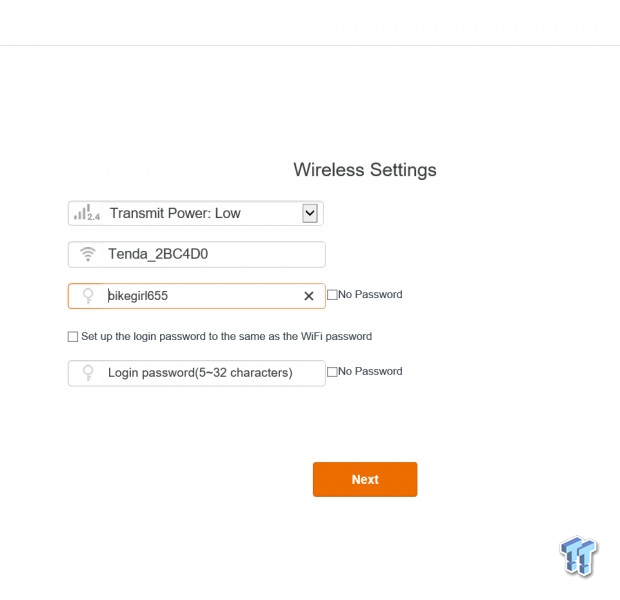 We start with wireless settings, with default settings seen above. 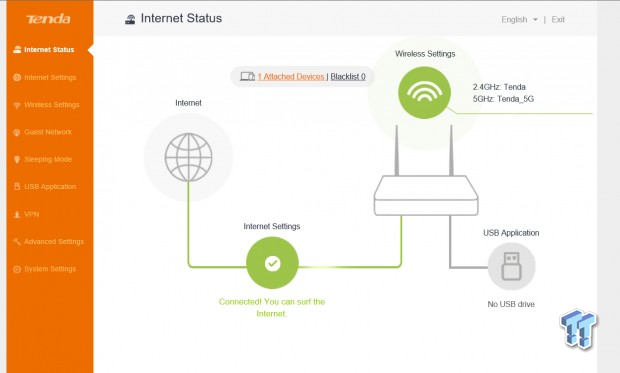 Above, we have the dashboard which has a good overall feel to it. On the left side, we have a sidebar of items to go through.

Going through wireless settings, Tenda has broken each setting into its own category. 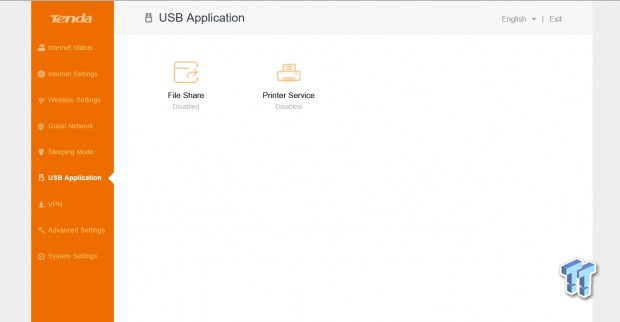 The USB menu gives access to the file sharing menu and printer service. 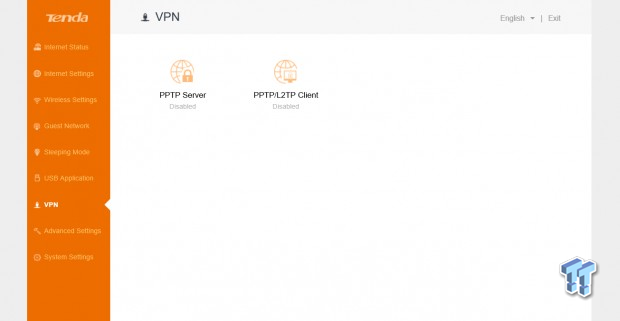 In the VPN menu, we have setup for PPTP server and client.

Advanced settings include a full option list including bandwidth control or QoS, DDNS, DMZ and the built-in firewall.

In the system menu, Tenda has placed all the firmware and maintenance options. 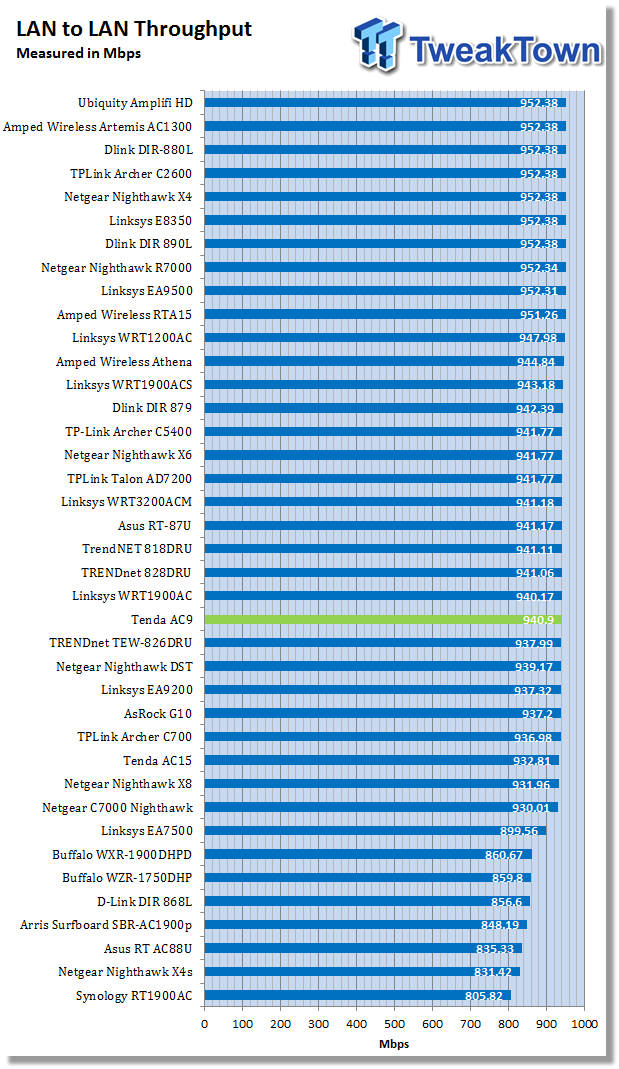 LAN to LAN throughput for the Tenda was quite impressive coming in at 940 Mbps. 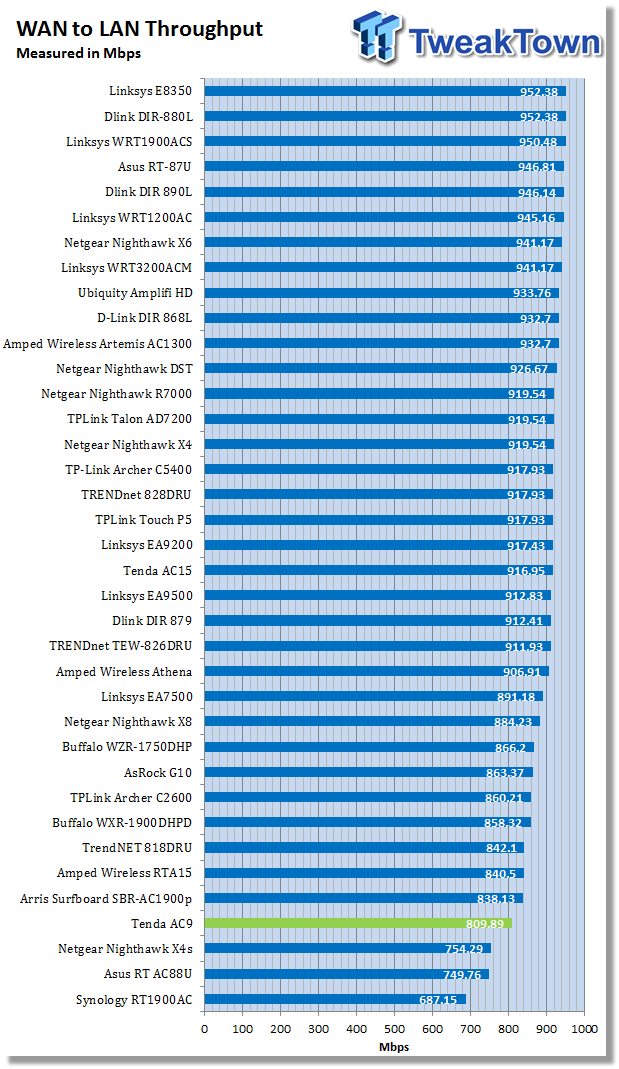 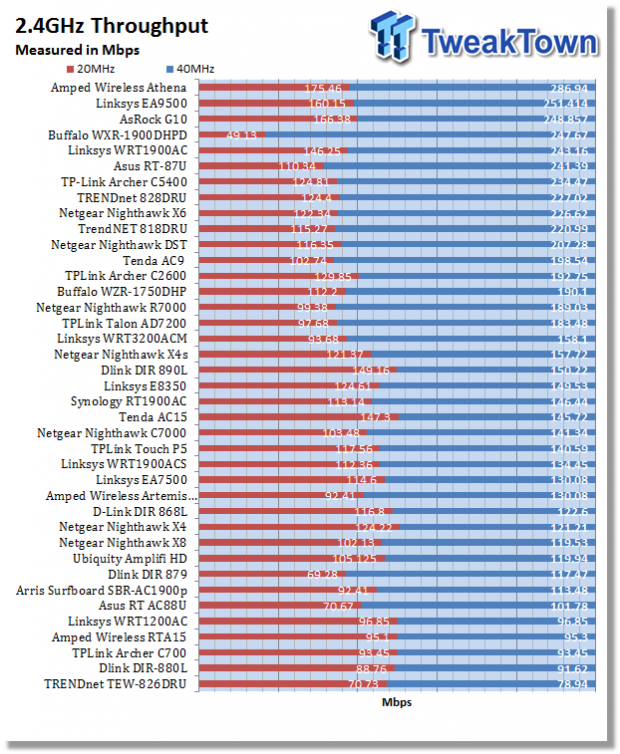 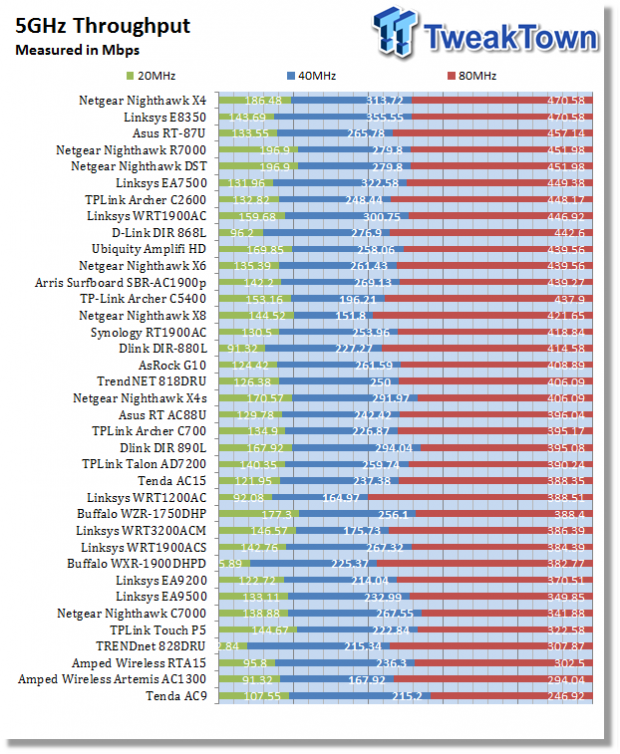 I've added in a few new tests for routers in 2017 that will show the performance as you move away from the router. 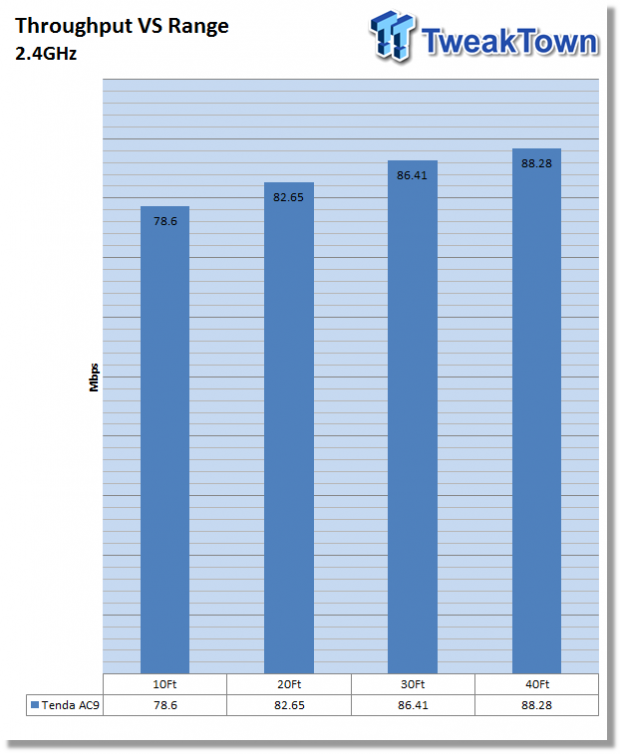 With the AC9, performance started at 78 Mbps and increased as we moved away from the router, to a point. 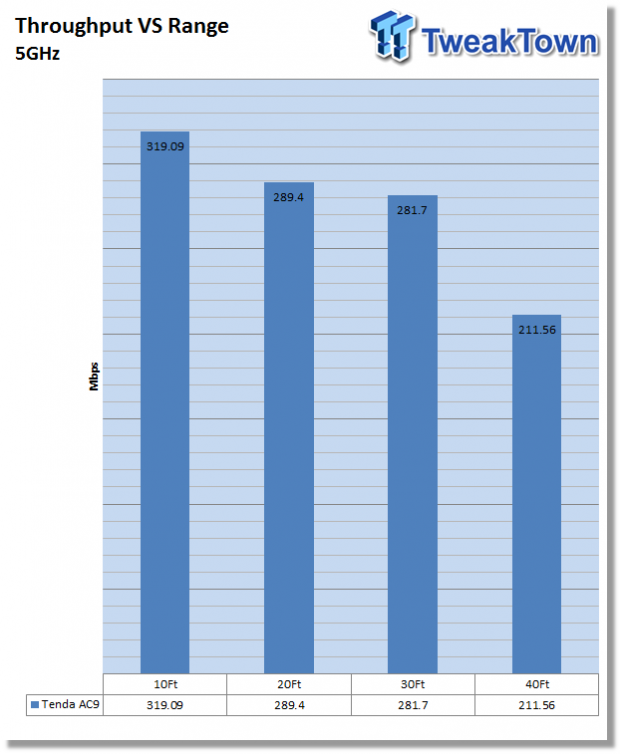 5GHz showed the opposite where performance decreased from 319 Mbps to 211 Mbps as we moved away. 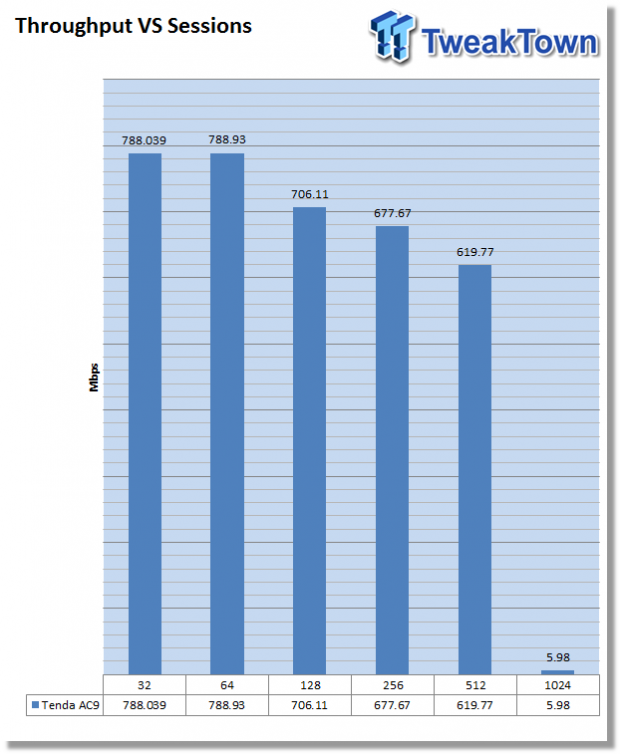 The test above test the number of connections the router can handle before it takes a toll on performance.

As seen above, the Tenda AC9 could handle 64 connection before the performance was affected. The router crashed completely at 1024 connections. 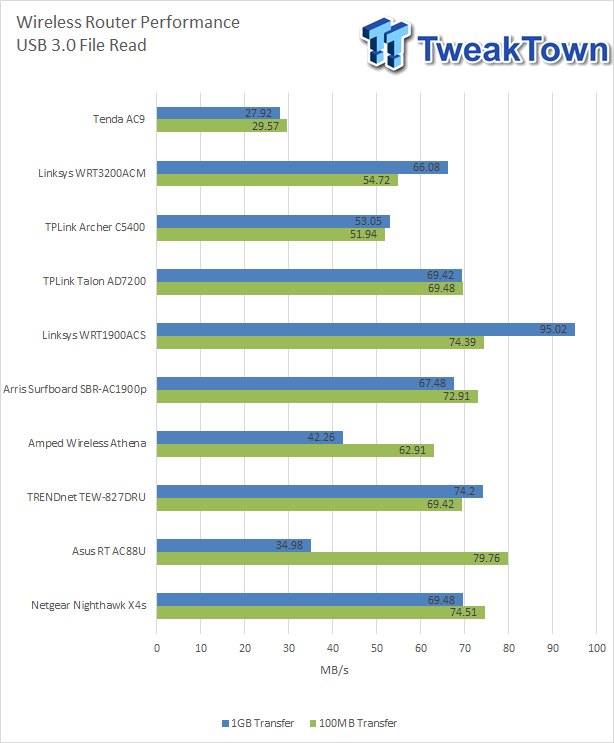 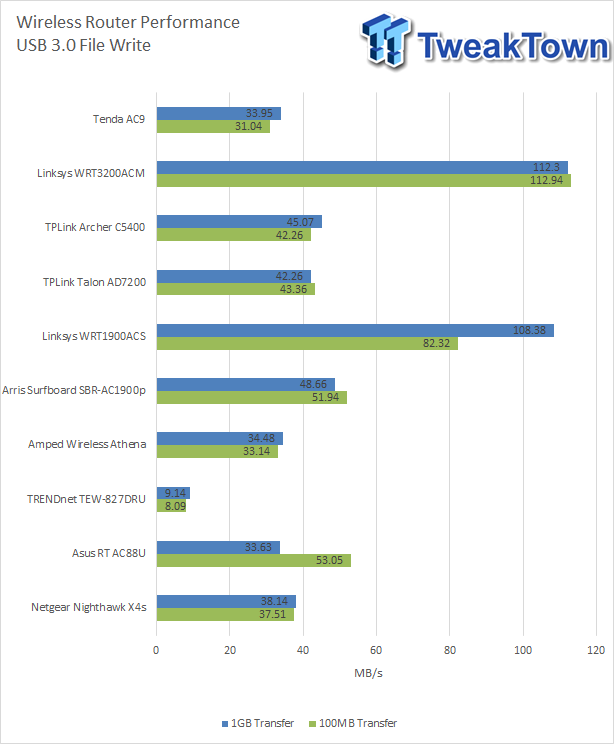 Tenda has done quite well with the AC9 as it represents a true budget platform that nearly anyone can afford. With its MSRP hovering around $39.99, I don't think I have seen a router ever come near this price and offer the level of features this platform does.

The plastics aren't as good as you get with a heavy hitter like Netgear or Linksys and it feels quite cheap in hand, but it's good enough to sit on a shelf and dole out Wi-Fi signals.

As far as performance is concerned, Tenda went through a few firmware revisions with this router before it got to where it is currently. I've had this solution sent to me twice, and the second time all the issues were ironed out and the router ran without issue.

With that, I was able to get a good deal of performance from the LAN ports along with the 2.4GHz band. The WAN performance was towards the bottom of my charts as was the 5GHz 80 performance, but then again, I've only tested a few other AC1200 solutions.

Overall, as an entry-level solution at a great price, the Tenda AC9 works quite well. It's a decent upgrade for those on a budget moving from 802.11b or g and a slight upgrade in processing performance for many on 802.11n. The price is what is going to capture people's attention, and rightly so.

The Bottom Line: Tenda's AC9 is a value-based router that might not be for everyone, but is certainly worth a look if you are on a tight budget and want something that is basic but capable enough.