The merging of Ancient Egypt and sci-fi been a genre owned almost entirely by Roland Emmerich's Stargate franchise, but now we have a new challenger, which on paper has everything going for it: A visionary director behind the lens, solid production values, and a generous budget. So, where exactly did it all go wrong? In the name of science, I strap myself in for the first bonafide theatrical bomb of 2016. 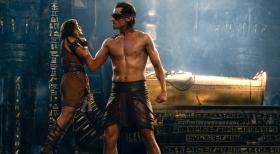 On the happy occasion of the coronation of King Horus (Nikolaj Coster-Waldau), jealous outcast sibling Set (Gerard Butler) crashes the party with army in tow, promptly killing their father Osiris (Bryan Brown), stealing Horus' strength by gouging out his eyes, and promptly assumes the throne as his own.

Soon, the populace become downtrodden, coerced into donating their material objects to pass through to the other world upon death, and forced to work to build a towering edifice to the God Ra. But when the resourceful young peasant Bec (Brenton Thwaites) manages to restore Horus' power, a battle to restore the true heir to the throne is set in motion. 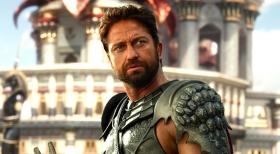 With originality in such absence in modern Hollywood, it feels a little harsh to come down so hard on a big-budget film that isn't a sequel, a prequel, reboot, or based on a graphic novel or book. Even in the banalest films, I like to at least point to one or two merits, and the truth is – there's actually quite a bit to like about Gods of Egypt.

Even if it's not the sum of its parts, it's a film that dares to walk to the beat of its own drum, not scared to have its own vision and revels in some impressive visual effects. But perversely, the film even turns some of these positives into negatives with its excesses unchecked and ambition that it's wholly unequipped to follow through on. 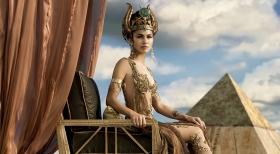 Much has been made about the "white-washing" of the predominantly Caucasian cast, which admittedly doesn't gel with historical accuracy, is in my eyes a little unfair (Ridley Scott's shared far less criticism for the same perceived errors in Exodus). My complaints go more to the attributes of the cast, which apart from veteran Geoffrey Rush seem lost against the digital backlots and bluescreens in a Phantom Menace kind of way.

While Nikolaj Coster-Waldau might be very good in the ensemble Game of Thrones cast, he's hardly leading man material, even if he gives the role his all. In any other film, this would be Élodie Yung's breakout role, bringing ample charm and sex appeal that it's hard to dislike her character, but ultimately serves the same window-dressing effect as the CGI.

Despite a few riveting action sequences, including a giant snake attack right out of a Harryhausen film, there's no heft or weight behind the plot. Nothing feels important. You don't root for the characters. It plays out like Uncharted's never-ending stream of cut scenes, which eventually allow you to take over the character. Except here you never do. 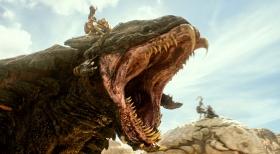 After the dust settles, many will pour over the details of where exactly Gods of Egypt went wrong. Was it the unexciting theatrical trailer and poorly executed marketing campaign? Was it the fantastical, but wholly unrelatable visuals? The cringe-worthy examples of CGI? The B-grade cast and pre-release white-wash campaign? Partially. But the truth is that Gods of Egypt isn't a great film. And a word to the wise - even if 90% of your visual effects are excellent, and the remaining 10% are subpar, it's not going to be the higher percentage that audiences and critics remember. 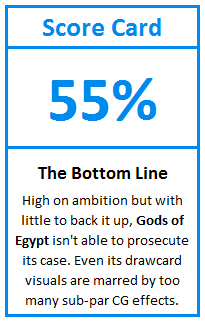