Pitched somewhere between Independence Day and Ender's Game, The 5th Wave is the latest feature film adaptation from the burgeoning 'young adult' book category - a descriptor I've never really understood (my internal cynic says it's a way to write for a somewhat less refined audience). Still, there's no doubt it's a financially lucrative sub-genre, and a means to exploit a pre-existing property, a marketing dream for content-starved Hollywood.

Unfortunately, The 5th Wave's audience is far more narrow than the likes of standout titles such as The Hunger Games or The Maze Runner, which means that it has its work cut out for itself to stand alone. Despite some solid casting and reasonable visual effects, the biggest enemy of the film is its cliché-ridden, pedestrian script and an appalling lack of ambition. 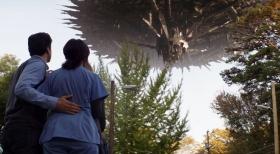 When an alien invasion decimates the population of Earth with four waves of attacks, 16-year-old Cassie Sullivan (Chloë Grace Moretz) needs to rely on her wits and survival instincts if she's to survive without her family in a post-apocalyptic world, where food, help and trust are in equally short supply. With a fifth and final wave of attacks being prepared which should see humankind finally eradicated, Cassie is enlisted by an army training camp which offers protection and a chance for humanity to fight back. But with the ability for 'the others' to take on the form of their enemies, she'll need to question her own loyalties and be sure of who (or what) she ultimately fights for. 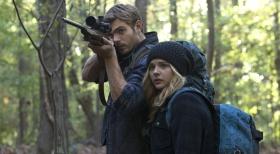 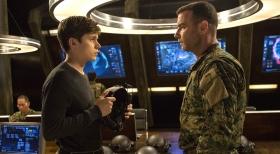 It feels like I've seen The 5th Wave before. It's entirely derivative; a grab bag of better and infinitely more entertaining science fiction films that most definitely isn't the sum of its parts. I can't even point to a single unique or imaginative idea in the film, and that's a real shame. Despite her abundant talent, Chloë Grace Moretz can't overcome a script which seems perfectly satisfied to regurgitate every cliché, right down to a Twilight-esque love triangle.

I must admit to not having read the original book (I read at slower that sloth pace), but I'm willing to bet that most of the flaws originate from the source material, even if the three-man script team which includes veteran writer and script-doctor Akiva Goldsman, which really should have resulted in a much stronger final product. While entertaining enough, all the 'surprises' are telegraphed well in advance, such that the audience is always one step ahead of the characters, which leads to a climax 'twist' which is so unsurprising that I called it during the character's introduction. 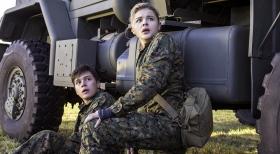 Perhaps signaling their lack of faith in the film, Sony Pictures has chosen to release The 5th Wave in a mid-January dead zone, with precious little promotion and poor audience awareness. In the hands of another studio, the film would have been pumped up like other franchises regardless of its quality; perceived or otherwise. While its paltry $38 million budget is admittedly not much of a gamble, it's been a lean few years for Sony (even pre-dating the crippling hack which toppled president Amy Pascal), such that they can't really afford to take to many opportunities for granted.

Unfortunately for the studio, audience word of mouth and the narrow demographic of the book series won't be enough to catapult The 5th Wave into the big league. And you probably can wave goodbye to seeing the remaining two books on the big screen too. 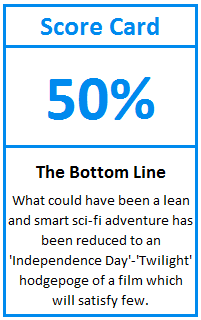