Sonnet's Echo 15+ is the workhorse for creative and media professionals that need a highly available solution that caters to both modern and legacy devices.

For those of you that have never heard of Sonnet, they are a leading provider of storage systems and have been for nearly 30 years. In recent months, we have seen products such as the PCIe Fusion come through the lab offering performance well over 1000 MB/s read and write, and today we look at a docking station like no other we have seen before as this solution aims to be everything you need for 4K workflows.

The Echo 15+ is probably the most unique "docking station" I have seen come through the labs. While we have seen many docks that support gigabit networking and USB 3.0 along with several AV outputs, the Sonnet takes things even further by offering storage of both optical and NAND flash onboard.

The level of connectivity that is offered with the Echo 15+ isn't sustainable via USB 3.0, possibly 3.1 Gen 2. This solution takes advantage of Thunderbolt 2, taking that bandwidth and, in turn, offering consumers two eSATA, four USB 3.0, a single Firewire 800 port along with audio in and outs and, of course, the additional Thunderbolt 2 for daisy chaining your devices.

Compatibility of the Sonnet Echo 15+ includes both OS X and Windows platforms with 7, 8 and 10 support along with 10.9.5+ and El Capitan. MSRP of the Echo 15+ in the configuration sent to us for review which includes a Blu-ray optical and two 500GB SSDs is set at $999.99. And the Sonnet Echo 15+ is available in many configurations including diskless versions in both DVD-RW and Blu-ray for $469.99 and $499.99, respectively. All Echo 15+ solutions carry a one-year warranty. 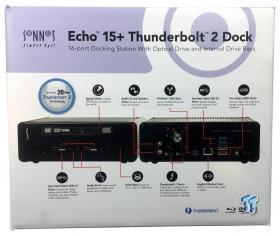 Above we have the packaging for the Echo 15+. As you can see the front houses a layout schematic for the docking station pointing out all the interfaces supported. 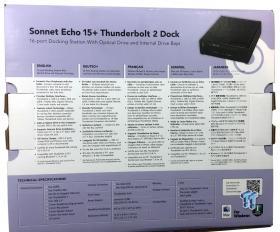 On the back of the box, things go into a bit more detail with several languages and technical specifications listed at the bottom. 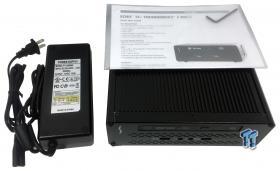 The scope of delivery for the Echo 15+ includes a 100w power adapter along with reading materials and the dock itself.

A quick look at the docking station reveals the Blu-ray optical drive with two 1.5A USB 3.0 ports below.

On the backside of the docking station, Sonnet has laid out audio in and outs next to the dual Thunderbolt 2 and Firewire 800. Gigabit Ethernet sits next to dual USB 3.0 and eSATA.

As I most often do, I opened up the Echo 15+ to see what kind of components were used in the design of this docking station. As you can see, Sonnet has used a somewhat modular design meaning you can replace the optical and two SSDs if they ever fail. 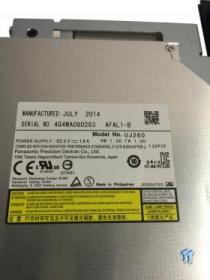 The optical drive used in our sample was the Panasonic UJ260. 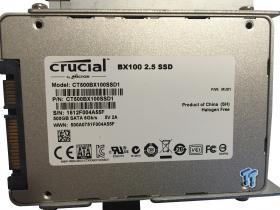 Both of the installed SSDs were from Crucial carrying the BX100 model and a 500GB capacity. 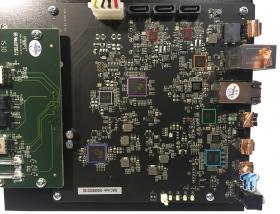 As of late, when opening up these docking stations and other devices, I have been going into further detail marking and labeling the main ICs on the boards. As you can see above, I have done the same thing here with the Echo 15+. The main chip here apart from the DSL5520 Thunderbolt controller is the Pericon PCIe interface which gives each of the other controllers a PCI Express connection. 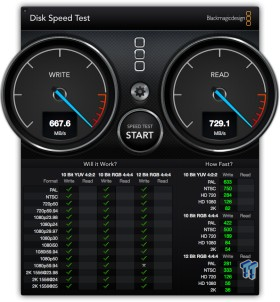 To start off our testing, using our Late 2013 MacBook Pro and OS X Yosemite I put both of the 500GB SSDs in an Apple Software Striped RAID. As you can see, I was able to reach 729 MB/s read and 667 MB/s with this array. 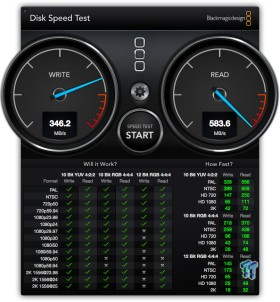 After completing RAID 0 testing on the Echo 15+, I switched the array over to a mirrored array and re-ran some testing. As you can see above, the results allowed 583 MB/s read and 346 MB/s write. 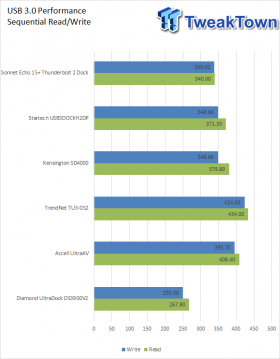 Moving on with testing, I used a 480GB Intel 730 SSD in a USB 3.1 enclosure to test the USB performance of the Echo 15+. The result came in with an equal 340 MB/s read and write for this solution. 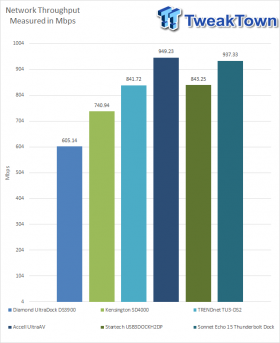 Testing the network throughput of the Echo 15, I quickly found it to be one of the quickest we have tested with peak throughput measured at 937 Mbps.

In the past six months, docking stations have become increasingly popular as they enable the consumer to gain both additional and legacy functionality in one solution. With devices like the Echo 15+, this has never been so prevalent. While this solution enables internal SSDs, a Blu-ray drive and USB 3.0 it also adds legacy functionality such as Firewire 800 and eSATA. With this functionality alone, this solution is a solid purchase for anyone wanting to clear up their desk with an AIO dock. Add to the solid build quality and modular design and this docking station is sure to last for many years.

The performance for this solution was solid on the networking side with the Ethernet throughput reaching 937 Mbps. While on the USB 3.0 side these are all 1.5A port enabling smartphone and tablet charging, the throughput wasn't quite the best I have ever seen but alas was quite good at 340 MB/s.

The onboard drives included with our unit are solid quality with Crucial supplying the SSDs and Panasonic with the Blu-ray optical drive. Overall, this is probably one of the best all-around docking stations you can buy, but it does require a Thunderbolt connection and it does carry a steep price tag.

The Bottom Line: Sonnet's Echo 15+ is the workhorse for creative and media professionals that need a highly available solution that caters to both modern and legacy devices.