In a time of seemingly endless movie sequels, franchises, cinematic universes and book to film adaptations, very occasionally you'll get an unknown, untold gem of a story reinvigorates the love for cinema in a powerful way. The Walk might not be flawless, but not only is its heart in the right place, but executes it so well that even if you know the outcome of the true life story, it leaves you hanging on the edge of your seat (doubly if you caught a 3D session). The Walk speaks to that part of everyone that's free of cynicism, passion and never-say-never optimism. 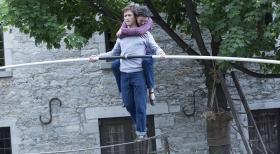 Inspired by an article on the construction of New York's World Trade Center, destined to be the two tallest structures in the world, French tightrope walker Philippe Petit (Joseph Gordon-Levitt) hatches an obsessive plan to walk the 110 ten storeys in mid-air. But with multiple obstacles in the way including building access, security, injuries, personality clashes and self-doubt, it won't be an easy one to pull off. With construction due to soon be completed and a change in seasons exacerbating the pre-existing challenges, it's now or never for "le coup". 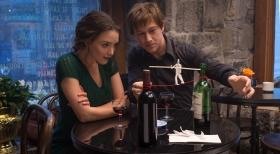 There's no way you can start to address a movie where the World Trade Center plays a part and not address its loss. September 11, 2001, is forever deeply ingrained in our cultural memory that almost 15 years later it's an unavoidably uncomfortable image. For the years after the terrorist attack, Hollywood avoided its depiction famously removing the towers from the teaser trailer for the first Spider-Man film, Ben Stiller's Zoolander and numerous other films in production. But now we come full circle; audiences are finally ready to celebrate the memory of the towers and a relatively unknown and miraculous story can now be told. 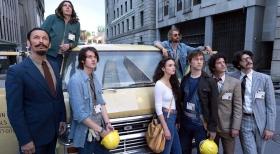 While Director Robert Zemeckis has some massive hits behind him, including the Back to the Future trilogy, Who Framed Roger Rabbit and Forrest Gump, the last decade and a half have found great technical advancements, particularly with motion capture CG in Beowulf and The Polar Express but received a lukewarm response. The Walk signals a fine return to form for the director, imbuing the film with character, heart and genuine emotions.

The film is shouldered almost entirely on Joseph Gordon Levitt's shoulders, and while he doesn't necessarily pull off a French accent flawlessly, it's good enough that we forgive the odd drop. He's a fine young actor who's chosen his roles with extreme care, and it's easy to see his career going from strength to strength. Bit players such as Charlotte Le Bon as Petit's girlfriend Annie and Ben Kingsley as trainer and mentor Papa Rudy are just as strong, and contribute equal parts gravitas and authenticity. 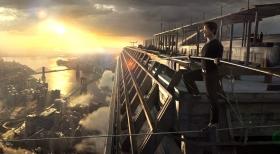 The Walk is not just an extraordinary film based on an astonishing, and an unknown human feat in history - it's also a moving love letter to the World Trade Center, and 1970's New York City, ensuring that while the structures might be gone, the memories, and the events they participated in, aren't lost to time. 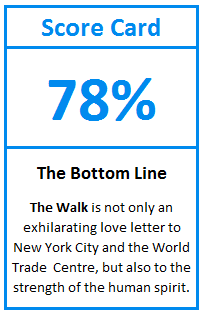