Once a staple genre in the 1970's and then again from the mid-to-late 1990's, there's only been a smattering of disaster films released in the last fifteen years since the September 11 2001 terrorist attacks changed the viewing public's taste for events that weren't just relegated to the cinema - they were now being beamed to televisions worldwide. But with the likes of San Andreas, Mad Max: Fury Road, and upcoming sequels such as Independence Day 2, it seems that studios are ready to resurrect the disaster film genre. And it's not a moment too soon. 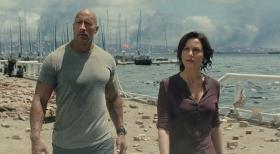 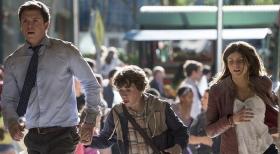 It's probably an indictment on modern Hollywood budgeting that films such as San Andreas that come packing a 100 million dollar budget aren't seen so much as 'big-budget', but something more mid-budget, which suits increasingly wary studios. Still, San Andreas is doubtless an impressive looking film, with every single dollar obvious on-screen, thanks in part to its reliance on a combination of old-school in camera practical and CG visual effects. In fact, the gob-smacking imagery frequently look more convincing than films with double the budget (I'm looking at you 2012 and Avengers: Age of Ultron). But as George Lucas once ironically said "a special effect without a story is a pretty boring thing" and it's certainly true that disaster films aren't known for their character or narrative development. San Andreas doesn't change that at all, but it also doesn't try to - it knows exactly what it is.

Much like his portrayal in Furious 7, Dwayne Johnson mercifully doesn't take his role too seriously and plays it pretty light, but also gives the film his best when it launches into The Rock vs The Earthquake mode. Carla Gugino is a solid actress and does her best with the material, but it doesn't really stretch her abilities.

TV actress Alexandra Daddario is perhaps the real star of the film, shining in her role of saving and being saved with equal parts charisma and vulnerability. British actor Ioan Gruffudd is utterly wasted in a role that requires little more than falling into the atypical new-partner-who-reveals-his-true-colours archetype, being capable of far more. 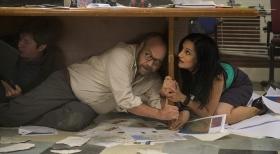 The film has been accused by some critics as having no real dramatic weight, with no care given to peripheral characters. I get that. But I think that they're missing the point. Innocent bystanders in disaster films going all the way back to the original War of the Worlds in 1953 have always been portrayed as superfluous elements of collateral damage.

The difference is San Andreas doesn't dwell on the body count such as to derive the audience of the enjoyment and spectacle of the film. San Andreas is the very definition of a roller coaster cinema, which gives the audience exactly what they paid to see - in spades. 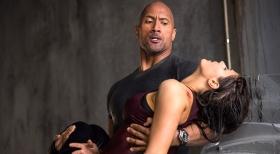 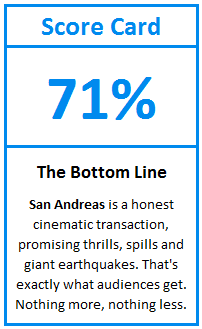