Sentey has proven that they can compete with big name brands in the gaming headset scene, and with a few small improvements, they're destined for greatness.

As touched on in the summary, Sentey blew us away with their $29.99 Symph USB headset, coming to the conclusion that the price must be so low due to the brand being unknown and sales pressures. 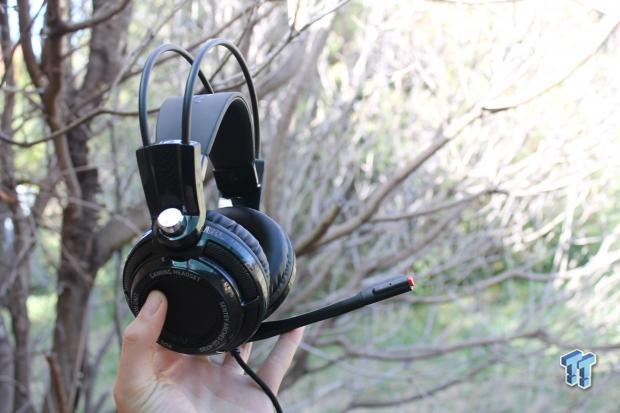 We've also been provided with a Sentey Arches digital 7.1 headset to review, coming in at $79.99 with free shipping. Can this product live up to the hype of its smaller sibling Symph? Read on to find out.

Also providing you with 7.1 Digital sound as seen with the Symph, this product offers "noise cancelling surround sound deliciousness". 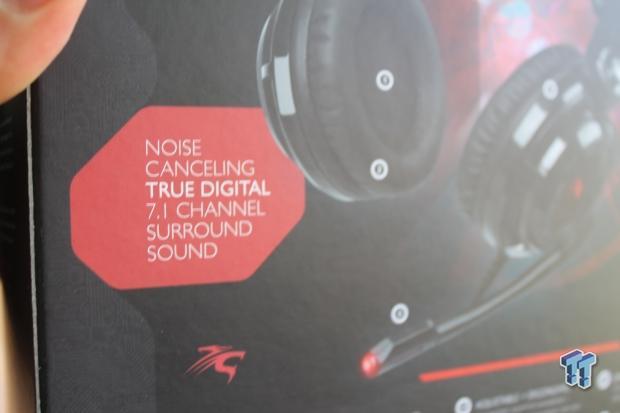 Sentey has provided a 6.5FT braided and thick USB 2.0 cable for connection to help push out the impedance of 32 Ohms and a frequency response of 20 ~ 20KHz. The ear cups are made of synthetic leather and the headband is adjustable through the expanding bridge design, alongside an in-line control box being provided for volume and microphone control.

The microphone itself has a red LED on the tip, contains own sensitivity of -36 +- 3dB and nominal impedance of 2.2 kO which all runs through the USB PC input.

Coming in at a mid-range gaming headset price point of $79.99 when priced on Amazon, this relatively unknown brand has a lot more to answer for when asking for this kind of cost from consumers. We'll be comparing it with similarly-priced components like the Tt eSPORTS Dracco Captain.

Featuring a simplistic package of the product itself and a user manual, unfortunately no carry bag has been provided with this device. It's also devoid of the awesome Velcro cable tie that we saw with the Sentey Symph and seeing as it's over double the price, this confuses us a little. 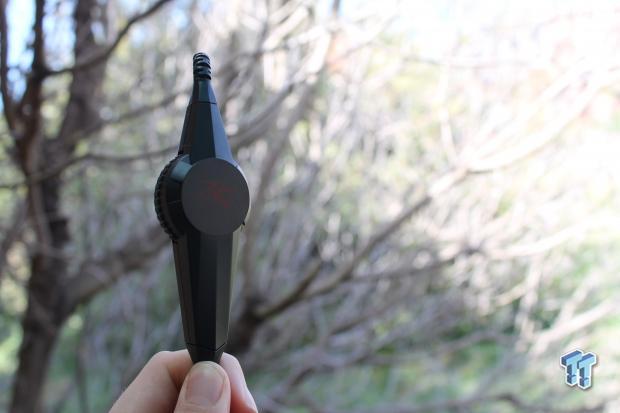 The driver mini-CD is once again recommended if you're nursing a slow connection as Sentey drivers are between 50-100MB in size. If you don't have a CD drive, it's not a massive ask as Dota2 often releases patches bigger than this.

PRICING: You can find the Sentey Arches for sale below. The prices listed are valid at the time of writing but can change at any time. Click the link to see the very latest pricing for the best deal.

United States: The Sentey Arches retails for $39.99 at Amazon.

The construction of this headset is certainly much more solid than the previously-reviewed Symph, but still doesn't quite rival the sturdy feel of the Tt eSPORTS Dracco Captain. 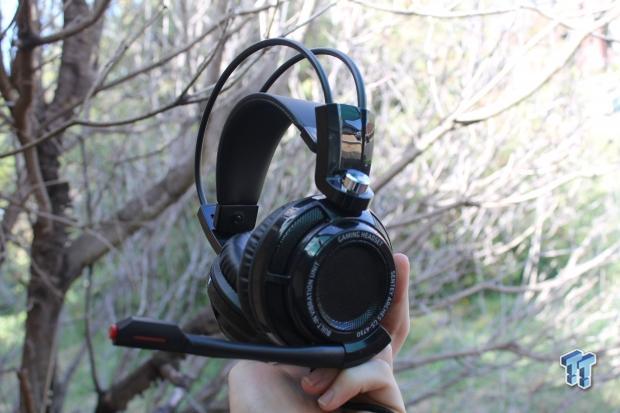 The main advantage of this headset is that it doesn't clamp tightly on your head, even from the beginning. Four hour Dota2 gaming sessions reported back no discomfort whatsoever, however, the lack of passive noise cancelling due to a lighter and thinner frame did disrupt me a little.

As stated previously in the Sentey Symph review, the fact that it has leather ear cups is a major plus. Leather in my opinion is much better as it provides more comfort, is easier to clean and can better withstand the test of time. There's nothing worse than sweating into a cloth sponge for years, whereas a simple wipe with a damp cloth all over will see the headband and ear cups cleaned completely. 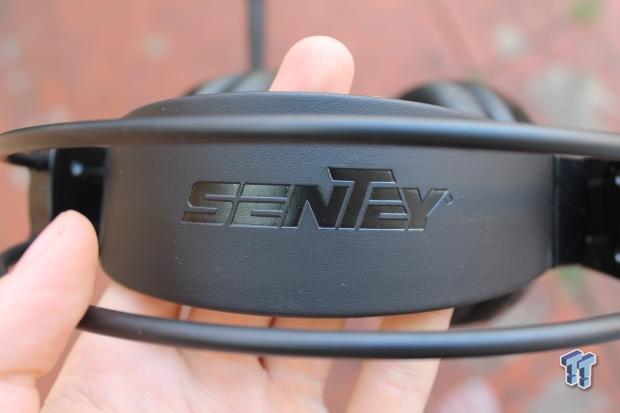 The microphone in Skype and Mumble sounds as good as or even better than my Kingston HyperX Cloud II headset (worth over $100) and is a slight improvement on the Sentey Symph model. However, the red LED on the tip of this microphone is extremely annoying and I catch it in the corner of my eye quite often when not gaming - meaning that when full concentration isn't on your screen, it's likely to cause issues. 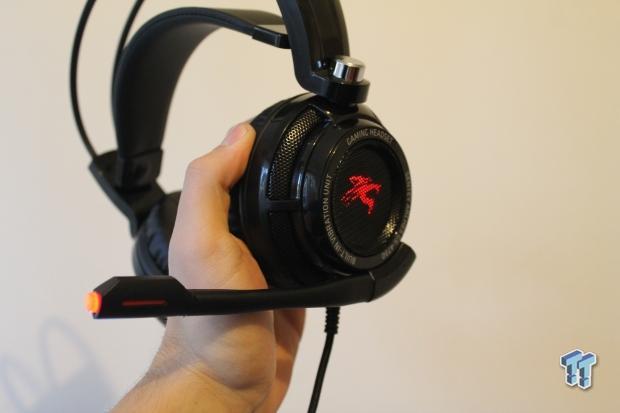 As for improvements, I'd love to see slightly softer and thicker (see: plush) ear cups to help provide some more passive noise cancelling and complete removal of the microphone LED - it looks tacky and devalues any headset.

I can't get enough of Dota2 right now. I've played around five games with this headset 'in-hand' and I must say the experience has been quite good - it's no $29.99 shocker as seen with the Symph, but the $79.99 price tag is certainly extremely reasonable for the sound output. 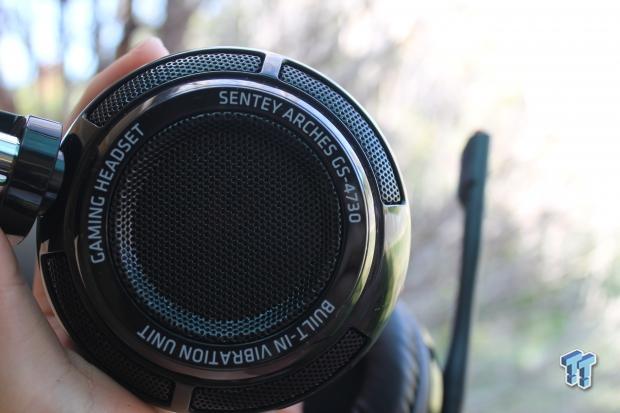 The meaty whacks of Spirit Breakers' auto attacks and roar-to-slam of his ultimate ability resonates well, alongside the meaty sound of Tidehunters' massive ravage ultimate ability.

When comparing this headset to something more highly rated like the Kingston HyperX Cloud II, the clarity is lacking a little, however, the bass isn't too overpowering for the most part and it's quite well balanced.

There is one major niggling fact that I must bring up, though. When you're getting smashed by heavy bass like when my friend decided it was a good idea to play Dota2 when on Skype and while using speakers, the bass will vibrate the headset heavily due to the in-build vibration unit as pointed out on the outside of the frame.

Music is around me 24/7 and I'll be using the same songs as seen in previous reviews to provide a similar comparison throughout all different offerings. There's something special about pumping your favorite tunes in the background, while slaying noobs in different games, and below is my experience whilst doing so. 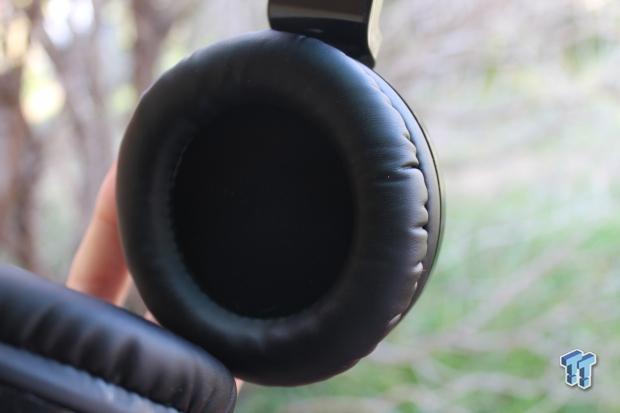 Listening in to Pink Floyd's 'Shine On You Crazy Diamond' reports back a much better experience than expected. The clarity closely matches my previously-reviewed HyperX Cloud I headset, but it's obviously not quite the same.

Skipping to a completely different genre of music and listening to 'Ayy Ladies' by Travis porter and Tyga up loud once again produces the vibrating headset feature. Some people might enjoy this, don't get me wrong, but the predominantly right-sided vibration of the cone on my ear is quite annoying to me and added to this my ears are quite small, meaning that those with larger ears will have further issues.

If you're looking for a vibrating experience like my car with twin-10" sub woofers this headset is great, otherwise if you're wanting a vibration-free experience, you should to steer clear.

Comfort in the long run: Due to the slightly cheap build, you're going to be comfortable for hours on end. 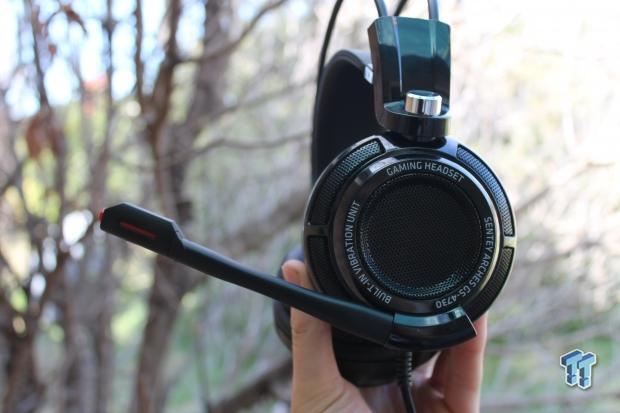 Easy to clean: Sentey has used leather in the Arches' ear cups and expanding bridge headband, meaning a quick wipe with a damp cloth will keep your headset smelling nice and looking clean.

The price: It's reasonably priced in the middle range at $79.99.

A little fragile: As mentioned, this headset is a little cheap in construction, treat it nice, keep it clean and you'll come out a winner - those with gamer rage must steer clear. 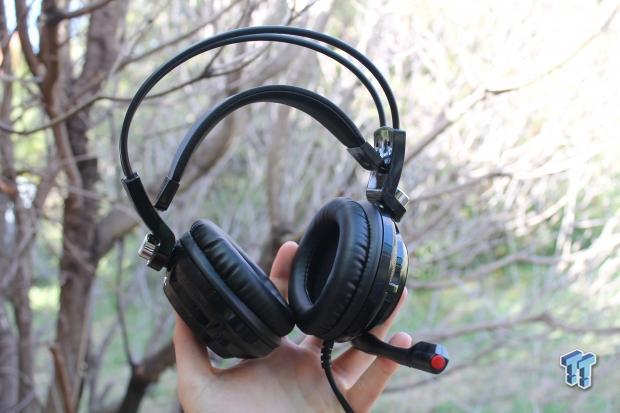 Treble clarity: Seen with basically even single gaming headset that isn't by Audio-Technica, Sennheiser or HyperX, the clarity in treble is just not really there. It's close, but no cigar.

The microphone LED: I'm considering coloring it in with a black marker or covering it in sticky tape. It's annoying.

Reasonably priced, good sound but with some small annoying niggling issues basically sums up this product. Sentey has proven to me that they can make a competitively featured and priced headset product in the market, so here's hoping their marketing takes off and more gamers begin adopting this brand. 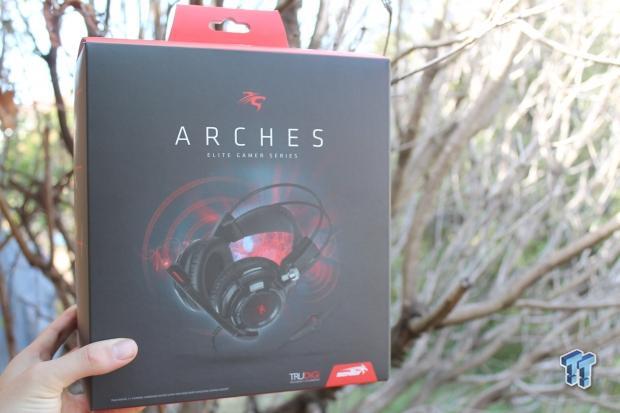 If you're a fan of USB-connected devices, I recommend you take a look at this product for your own personal collection, just be sure that you're aware of the bass-vibration and annoying red LED issue.

PRICING: You can find the Sentey Arches for sale below. The prices listed are valid at the time of writing but can change at any time. Click the link to see the very latest pricing for the best deal.

United States: The Sentey Arches retails for $39.99 at Amazon.

The Bottom Line: Sentey has proven that they can compete with big name brands in the gaming headset scene, and with a few small improvements, they're destined for greatness.