Looking sleek, sexy and streamline, Justin's Ultra Slim Portable portable battery could be more popular with $5 off the asking price and a 3,000 mAh capacity. 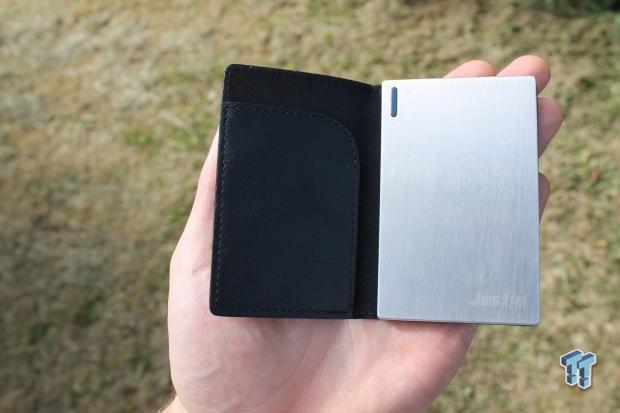 I seriously can't go far without a power bank these days. Whether you're travelling on business, simply visiting clients, or out for a fun-filled day without a wall-socket available, you'll find your phone running extremely low even with 'general use'. Think about a public transport (train) trip into the CBD for example, this is some of the stress your phone will be under:

5pm rolls around and you hear the well-known 'bloop bloop' of your smartphone informing you that you only have 15% of battery storage remaining. Furious, you open up the control menu only to find that GPS, Wi-Fi, 3G and full screen brightness is still activated - never fear, the Justin Portable Slim is here! Whip it out of your pocket, plug it in and feed on the sweet, sweet glory that is 2,000 mAh of life-saving juice.

With the TYLT 5,000 mAh being my current potable option of choice, can the Justin 2,000mAh overtake this? Read on to find out.

Featuring 2,000 mAh of internal storage, a brushed metal finish, and a handy leather carry pouch, this charger comes with the ability to rock it solo (without the pouch) or be easily stuck on if you see fit. We found it online for sale for around $40. 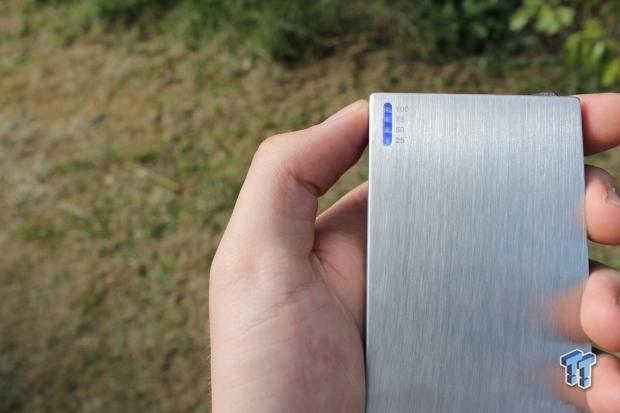 It's also got one of the best battery capacity meters I've ever seen with clearly displayed LED's marking 25%, 50%, 70% and 100% levels on the exterior of the device. Most other chargers have one, two or three randomly displayed or colored lights that loosely represent different battery levels, making it generally very hard to see where they stand exactly.

Of course, because this is only 2,000 mAh, don't expect to round up your mates and pump all of their Galaxy Note's full to the brim - 2,000 mAh will equal realistically about 1,850 mAh when injected into your phone thanks to losses in power, meaning that by my calculations this equals:

Alongside the unit itself and some short manuals, included is the synthetic leather carry case, designed for holding the small charging cable that comes with the device - set to utilize the one included cable to complete various tasks including charge and discharge of the battery thanks to a range of adaptors included within the box. 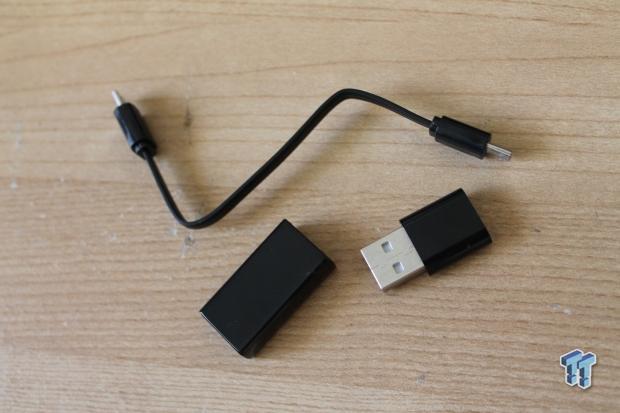 Complications then come with alternative devices. For example, if you have an iPhone, you will have to either get your own micro-USB to Apple cable, or you could use their micro-USB female to USB female converter - adding your pre-existing Apple cable into the mix. Confusing? Yes. Handy? Also yes. However, this makes for quite a lot to carry - nullifying the small, light and simple design. 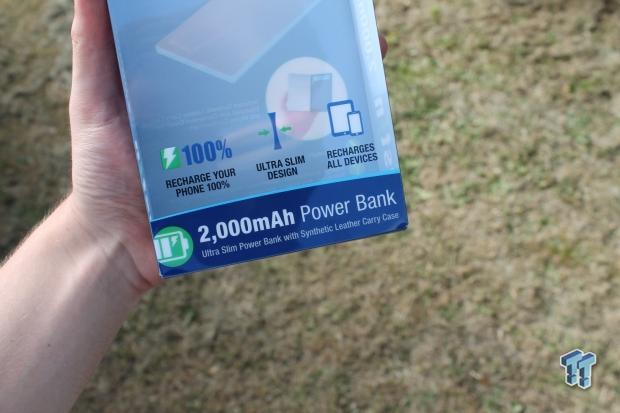 The actual box itself is nicely produced and displays the product well, without you having to open and flaps or really dig deep into the exterior.

The included pouch is big enough to fit in two or three cards of choice, meaning you can pack away an ID, credit and debit card when travelling or spending a night away from home. However, the issue comes when you're trying to include the cable into the mix. It seems that only the cable and one card could be used at a time. 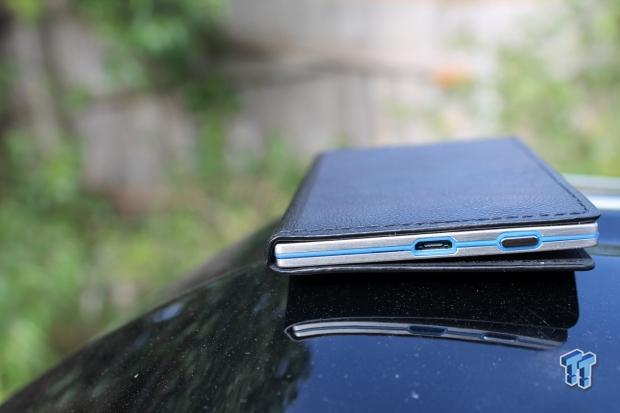 The obvious solution to this issue is to carry the whole device alongside your normal wallet, however, I feel that it removes a lot of the appeal for this product in the first place. It would be awesome if they could include different cover options with the product, either packaged in the same box, as different inclusions when purchasing or as a bonus-purchase option at a later date.

As mentioned before, if you've got an Apple product, you're going to have a bad time - seeing either third-party cables needing to be utilized, or a wide string of cables, adapters and cables again to connect from this device to your Apple device of choice. In the end, this removes the whole 'clean and simple' aspect completely. 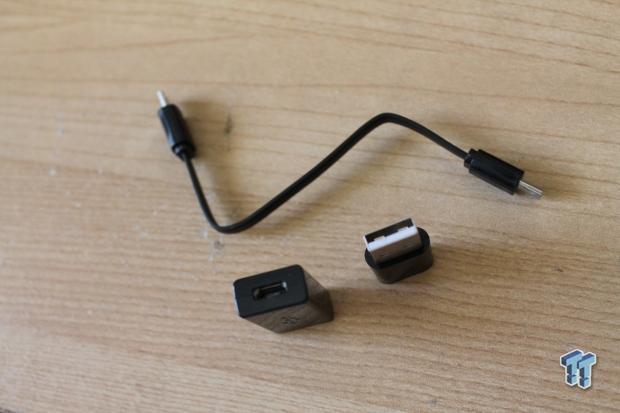 How does it perform in the wild?

I took this charger on my trip to go and watch Nosiecontrollers perform live as part of an Australian tour. As mentioned previously, the battery pack covering was simply not large enough to fit in my driver's license, bank card and small amount of cash - meaning, I threw it in my string backpack and wandered off to the event. 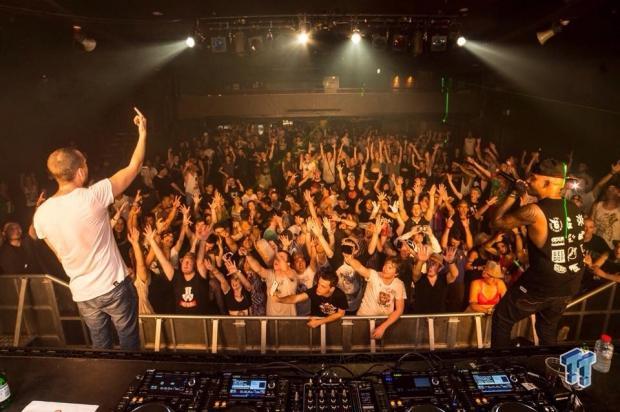 By around 3am my phone was hurting - this was thanks to poor signal within the club, various Facebook Messenger updates from late-arriving friends and Snapchats flying left, right and centre. I found it extremely easy to use this charger whilst operating my phone normally, as it sits very nicely behind my Samsung Galaxy S4 held all-in-one hand. Obviously, I wouldn't use the charger mid-dance, however, when sitting in the cool nightly breeze, I was able to use the charger without any issue.

The second test was at a small house-party that happened on Australia day. 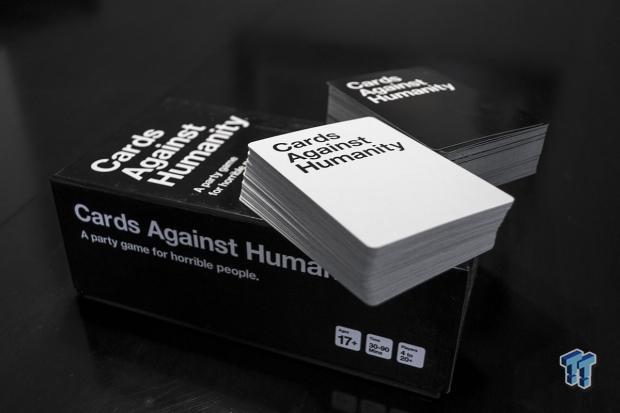 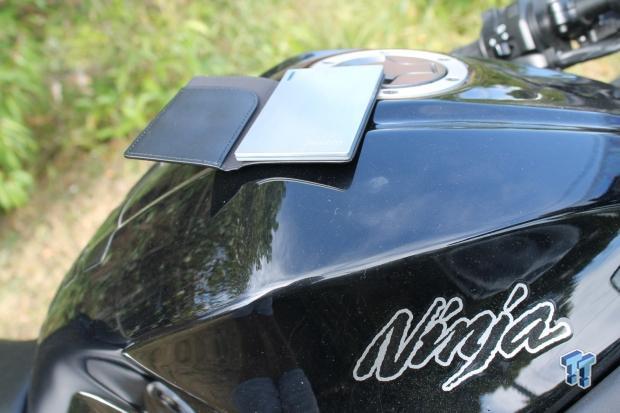 Easy to use all the time: As I mentioned a few times in this review, I was surprised how easy it was to use this device to charge my phone, while continuing to operate my device as per normal.

Portability: There is no issue fitting this product in your jeans, shorts or handbag alongside your other general items like keys, smartphone and wallet.

Tricky connections: If you already have a micro-USB cable to charge the device itself and if you're currently using Android product, you're set. However, if you're on the Apple side of life, expect some complications when trying to use this device. 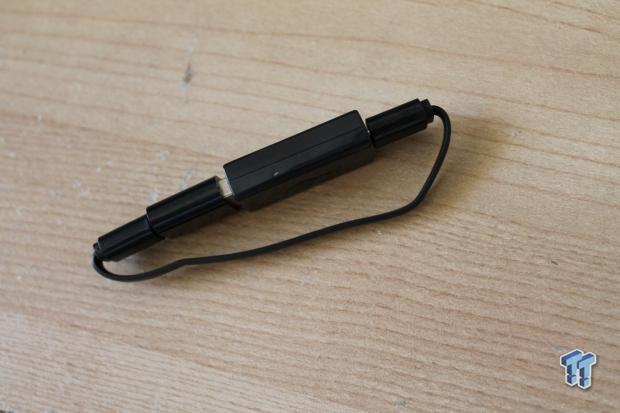 The leather carry case: This is really a hit-and-miss inclusion. Sure, it looks awesome, can fit a small amount within and really ties-off the product - it's just simply not big enough and can't hold enough within. Once again, unless you've got a standard Android micro-USB charged device.

If you've got a micro-USB charged device, you seriously would find it hard to look past this offering. As most battery packs contain crazy-large amounts of mAh located within, it means they're large, bulky and take a long time to charge. However, this device is simple to carry, easy to use and comes with a cool pouch that will let you store some simple items within - do you realistically need between two and six charges of your phone while you're out on a day-trip? 2,000 mAh should do just fine. 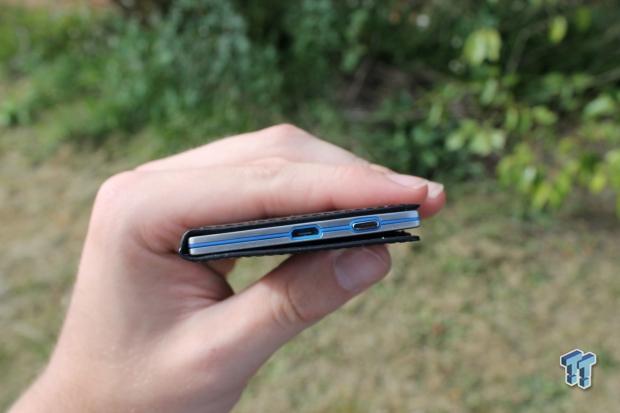 Besides the little pouch being too small to suit some people's needs, you shouldn't have much trouble carrying the product alongside your general additions to the pants-pocket or handbag: your keys, wallet and mobile phone. If Justin could only drop $5 off the asking price, this product could make it into many more people's possessions.

The Bottom Line: Looking sleek, sexy and streamline, Justin's Ultra Slim Portable portable battery could be more popular with $5 off the asking price and a 3,000 mAh capacity.