Tt eSPORTS has released what I'm happy to call the best-value PC gaming headset on the market. The Cronos is a great headset with an amazing $50 price tag, with just some minor flaws.

Tt eSPORTS is a name that should come to mind when thinking about PC gaming headsets, and the PC gaming community as a whole. The company does a kick ass job with being involved at the ground level with PC gamers, and the competitive PC gaming environment. There aren't many companies like this, but it's becoming a much bigger thing these days than it was just five years ago. 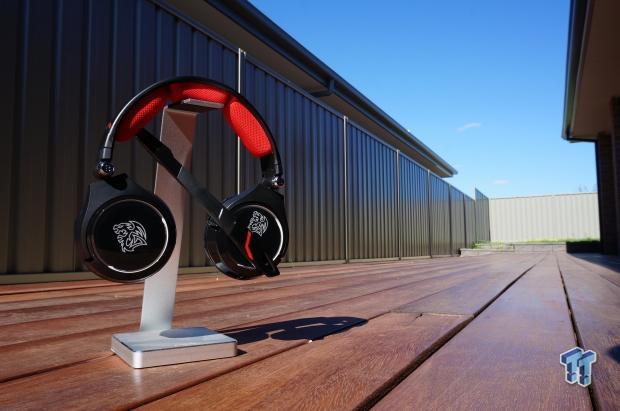 We have companies like Razer and Tesoro involved, but Tt eSPORTS has been there since the beginning and feels like a relatable company, where you can reach out to their community managers and talk to them, or even hang out with them at a LAN. Tt eSPORTS has a slew of gaming accessories, with today being a look at the new Cronos gaming headset.

Tt eSPORTS is aiming this at a specific market, so we don't have balls-against-the-wall specifications here, but what we do have, is a very nice headset. Let's dive right into those specs, showing you the back of the box to marvel at all of those numbers. 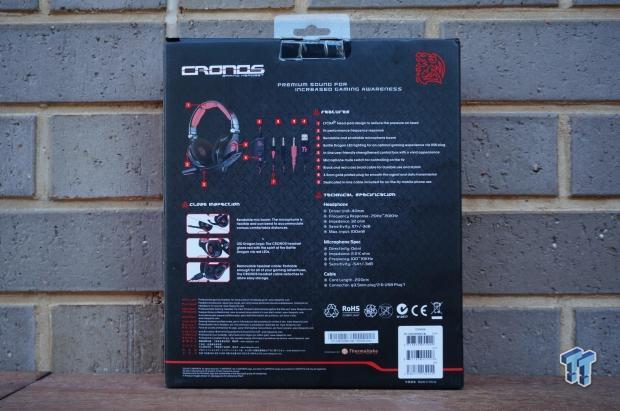 Speaking of the box, let's take a look at the front of it. 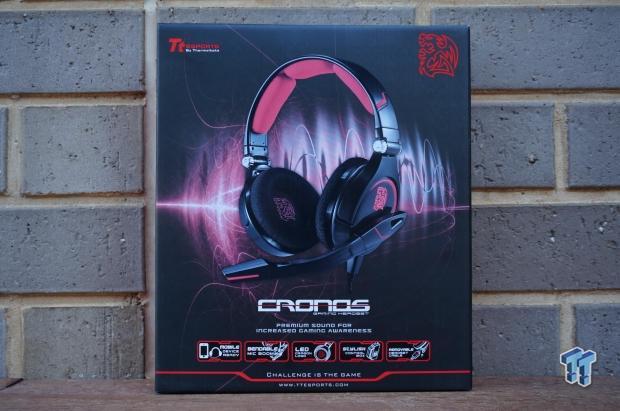 As for pricing and availability, the Tt eSPORTS Cronos is sitting on Amazon right now for $49.99 in two colors: black, and white.

In the box, we have the Cronos headset, Users Guide, 3.5mm to USB cable, a larger USB to 3.5mm jack (headphone and mic) cord, and carry bag. The inclusion of a carry bag is great, especially when it's priced at $50.

PRICING: You can find the Tt eSPORTS Cronos Gaming Headset Black HT-CRO008ECBL for sale below. The prices listed are valid at the time of writing but can change at any time. Click the link to see the very latest pricing for the best deal.

A Closer Look at the Cronos Headset

Let's take a tour around the Cronos, starting at the top. 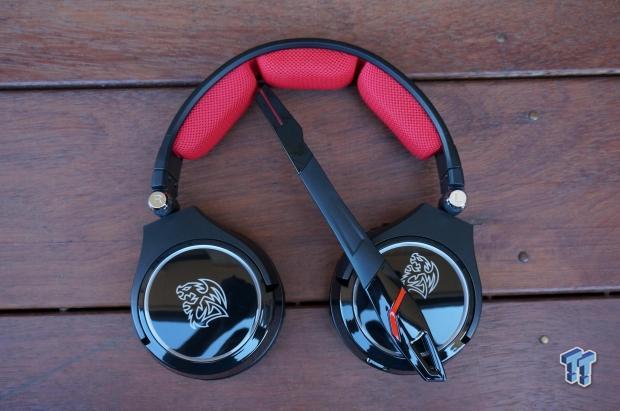 Taking the Cronos out of the box, we have a fold flat design, which is something that I'm really coming to terms with. It's a great way to store your headset, especially when travelling to those LAN parties. 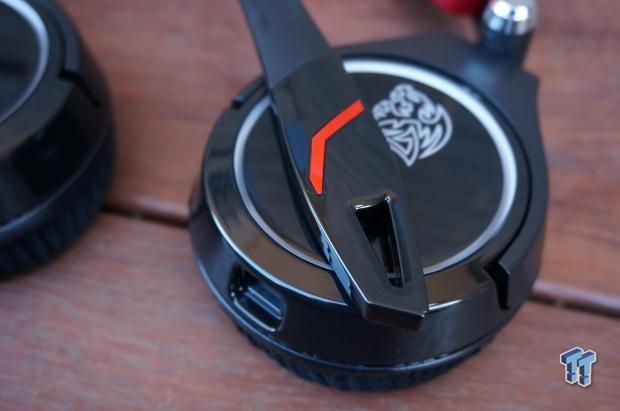 A closer look at the base of the microphone. 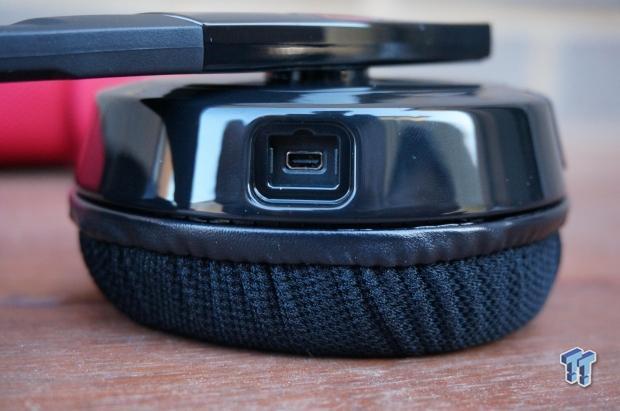 The connection for the headset to your PC. 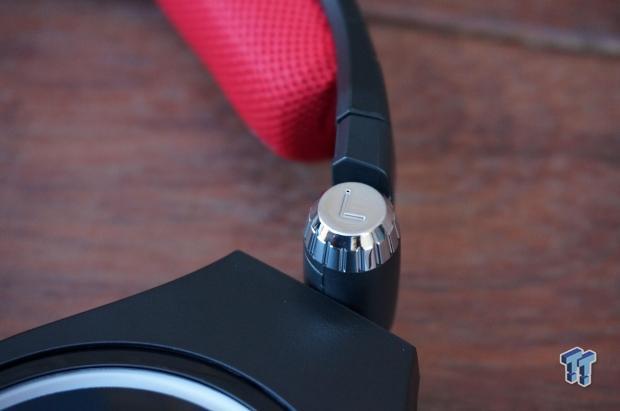 There's some great styling on the Cronos, with a nice silver finish on the L and R badges of the headset. 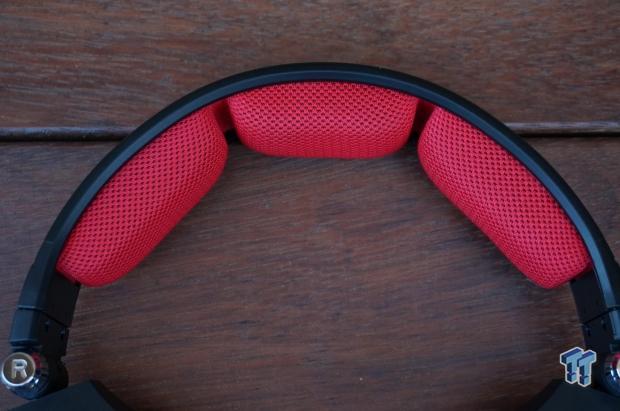 Here we have the uber-soft headband. 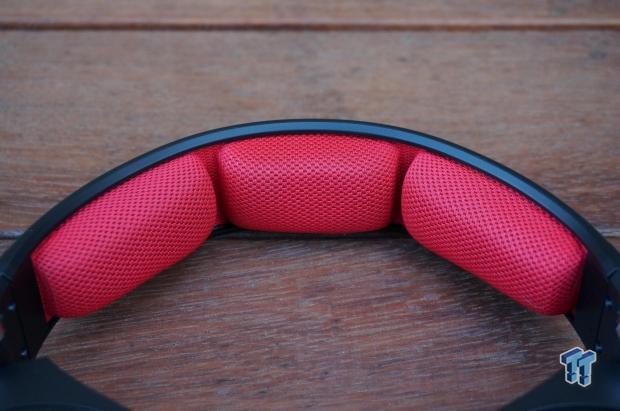 A closer look at that ample cushioning. 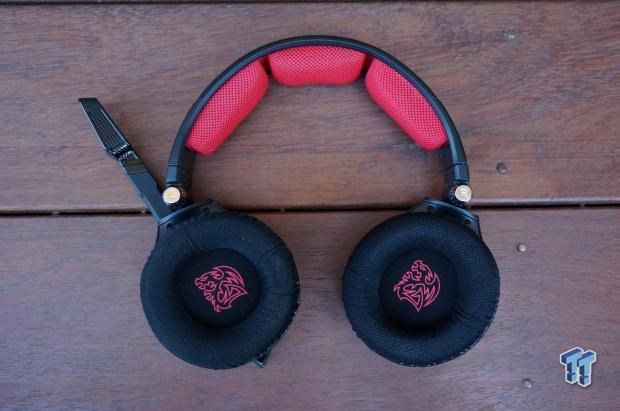 Here we have the Cronos opened up, taking a look at the inside of the ear cups thanks to its fold flat design. 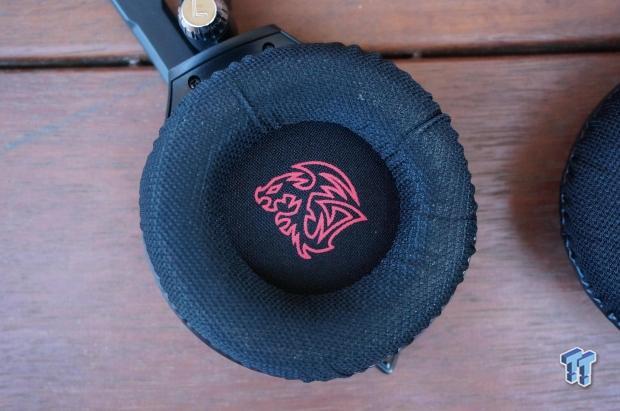 Here you can see the ear cups up close. 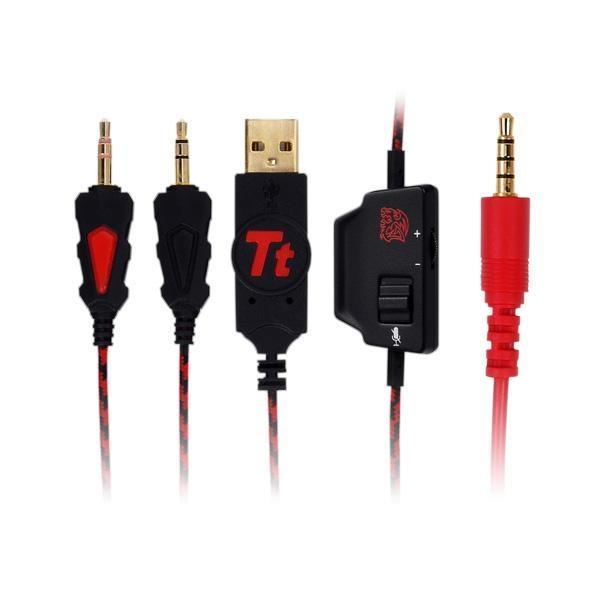 Tt eSPORTS has been kind enough to provide two removable headphone cables - the first of which is for the usual PC gaming, while the other is there for use on mobile devices.

How They Feel On My Head

For $50, Tt eSPORTS is aiming at the mainstream PC gamer, who has a $500-$800 gaming PC and a smaller budget to buy a headset. The comfort levels provided for the price were actually a heck of a lot better than I thought they'd be, and while it might not be the most comfortable headset you'll wear, the price is low.

For hours of gaming, I didn't have many problems with the Cronos; I adjusted them a few times, as I would any headset, but they definitely weren't the type of headset you put on your head and leave them in that single spot.

I didn't expect much from the $50 headset, but I was really quite surprised at how well the Cronos performed when I was playing games. My game of choice Battlefield 4, which sounded really quite crisp and tight. 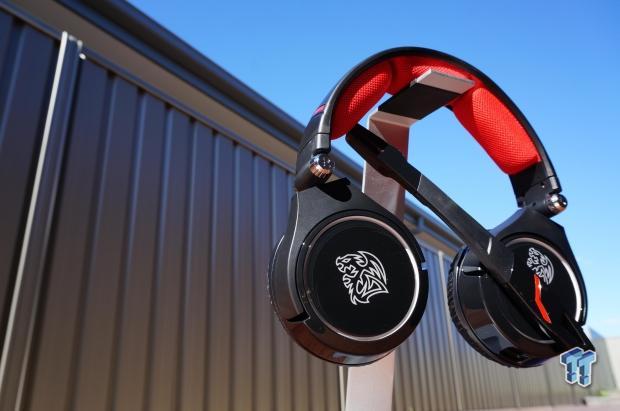 Rockets whizzing past, bullets hitting my chopper and all sorts - all of which sounded great. Everything was nice and tight, very clear, and a surprising amount of bass for a headset this cheap. Sure, we could've had better, but it's under $50, folks.

I listened to quite a lot of music on the Cronos, with tracks like Psy's 'Gentlemen' having a really defined bass track. Even on a $50 headset, this sounded great - a very, very nice surprise. Hans Zimmer's work on the 'Inception' score was also a nice highlight, with nice highs with the trumpets in the background, and more of Zimmer's work with 'Man of Steel' sounded just as good. The Chronos definitely punches far past its own weight.

For those who want to sum up the entire review in a few points, the What's Hot and What's Not part of my review will help you. Skip right to this bit if you want a quick read, or if you want to find out what I found to be the most notable parts of the Cronos, we're going to jump into that right now. 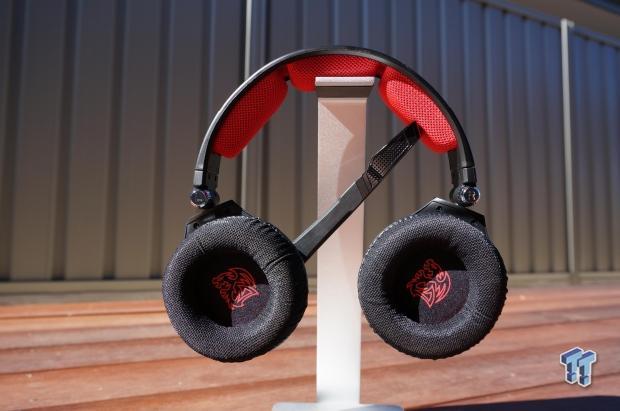 Fold Flat Design: This is a great part of the Cronos, as it makes it perfect for LAN gamers. Not just that, but travelers, or those who commute to work or school on public transport.

Super Soft Headband: The Tt eSPORTS Cronos was really quite soft on my head, even after a few hours of gaming or listening to music.

Great Price: $50. This really is the biggest point here, is the Cronos' price. It's one of the best value PC gaming headsets, that's for sure.

Convenient Volume Control: Another part of the Cronos experience that I didn't expect, but hey - it's there! Volume control and mic on/off buttons on the cord make things much easier to manage.

More Comfort?: While the Cronos was comfortable, it could've been more comfortable. I found myself really irritated after a few hours, but while I was gaming I was engrossed so much that I didn't notice it. Sitting here typing or watching a movie, I could feel it clamping down on my head a bit, though. 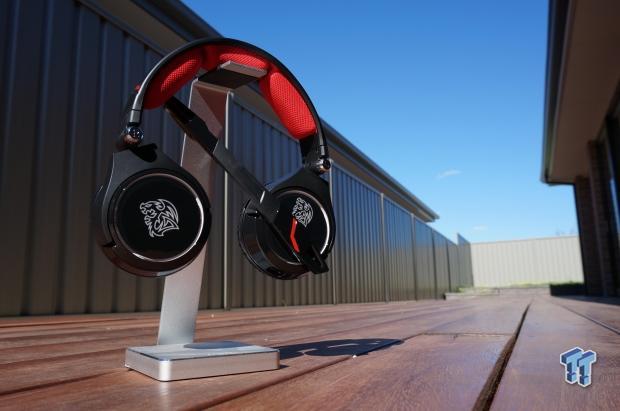 For $50, you're getting one of the best headsets in its class, so for budget-minded gamers who are after a new headset, this is definitely the one that should be right up the top of your to-buy list. Ramping up into Christmas, this is the perfect gift for that gaming partner, friend, son or daughter. $50 won't break the bank, and they'll love you for it.

PRICING: You can find the Tt eSPORTS Cronos Gaming Headset Black HT-CRO008ECBL for sale below. The prices listed are valid at the time of writing but can change at any time. Click the link to see the very latest pricing for the best deal.

The Bottom Line: Tt eSPORTS has released what I'm happy to call the best-value PC gaming headset on the market. The Cronos is a great headset with an amazing $50 price tag, with just some minor flaws.