Akitio has been pushing Thunderbolt storage solutions since the beginning, and as the technology has started to catch on, it now has a full Thunderbolt ready portfolio.

One of their newer products coming to market is the Palm RAID Thunderbolt. This device houses two mSATA SSDs inside an aluminum chassis slightly larger than a standard 2.5 inch drive. The kicker of this product is not the performance, but rather that the device is bus powered. One of the biggest downfalls of almost every Thunderbolt product we have reviewed over the last year has been the added heft of having to plug the device into the wall for power; so it's a welcomed design to have our first bus powered Thunderbolt SSD solution in-house.

Compatibility of the Akitio Palm RAID Thunderbolt extends to OS X 10.7+ and even Windows 7 and 8 via a driver available on Akitio's website. 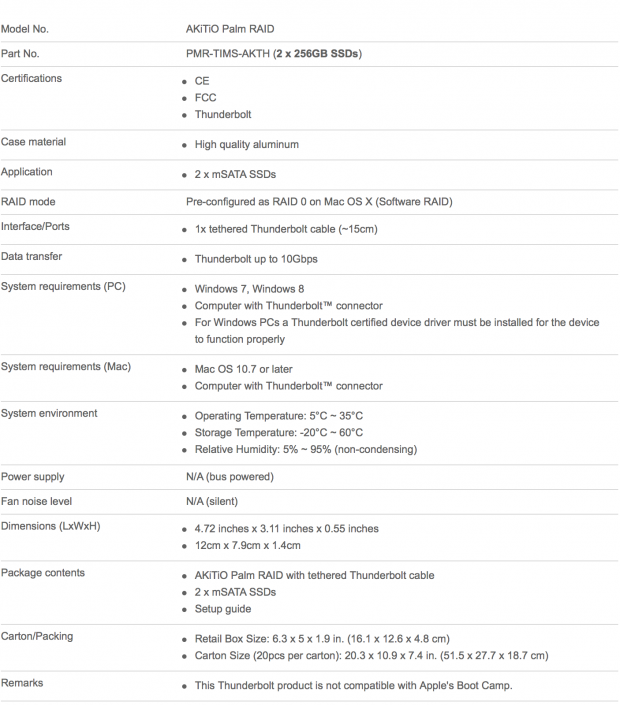 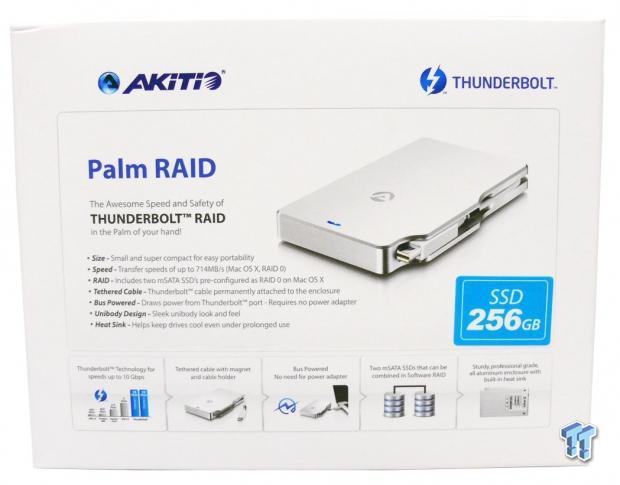 Packaging for the Akitio Palm RAID is rather elegant. Here we have an image of the drive centered, with marketing information surrounding it. 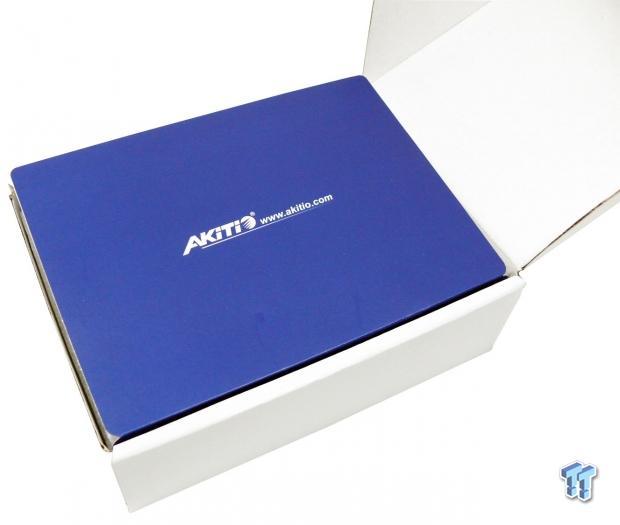 Upon opening the packaging, we found an insert adding to the elegance. 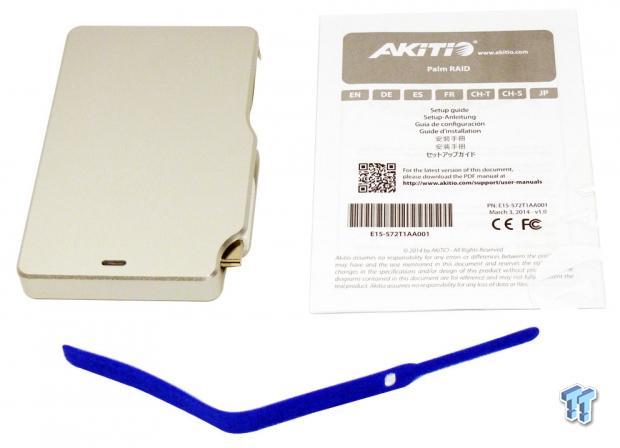 Scope of delivery includes the Palm RAID, reading materials, a Velcro strap, and a few stickers. 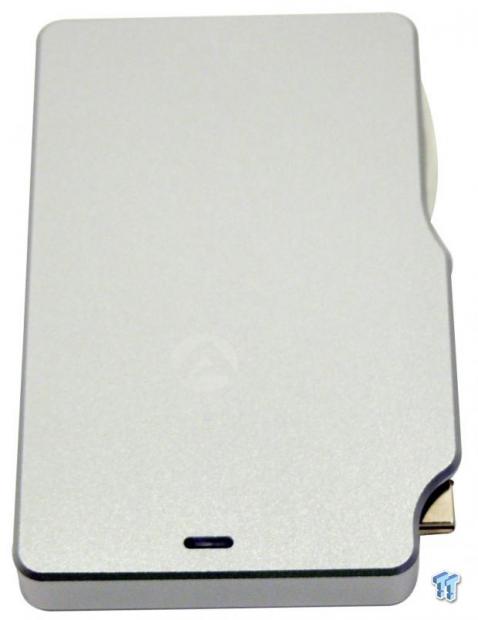 Looking over the Palm RAID, I like the idea of having the Thunderbolt cable tucked into the side of the enclosure. At the bottom we also have a LED for activity. 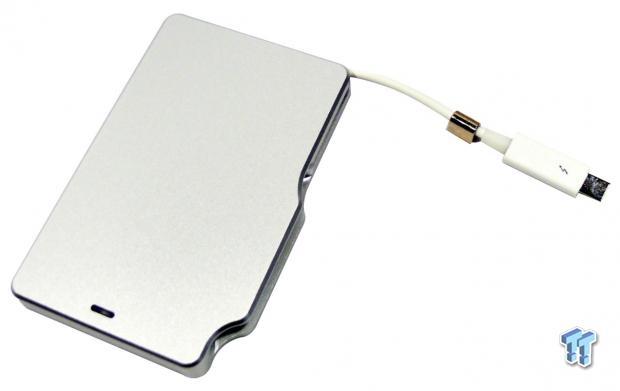 Here you can see the aforementioned Thunderbolt cable. 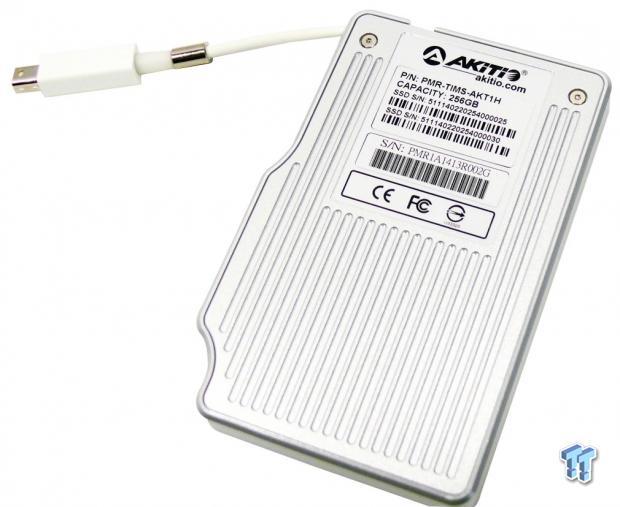 The back of the enclosure carries drive information, including serial numbers of both internal mSATA SSDs. 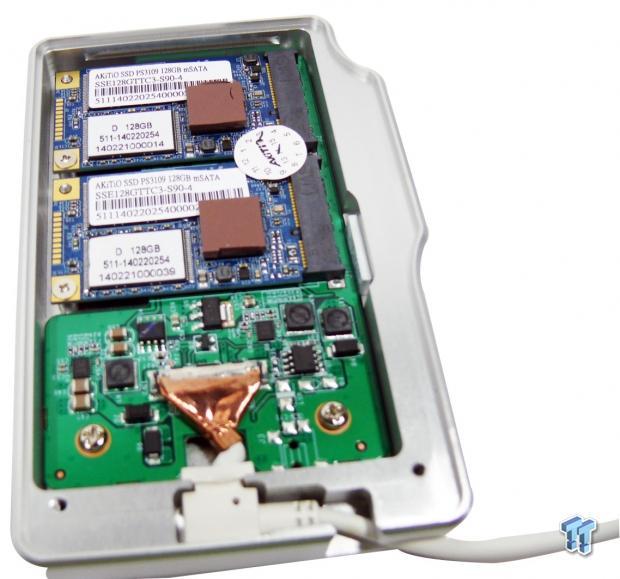 In testing the performance of Thunderbolt storage solutions, we utilize the Apple MacBook Pro Retina Late 2013 model, which, as of this article, is running OS X 10.9.1. Full system specifications are available above. To create RAID volumes in OS X, I use Apple Disk Utility with 64K stripe size for RAID volumes. 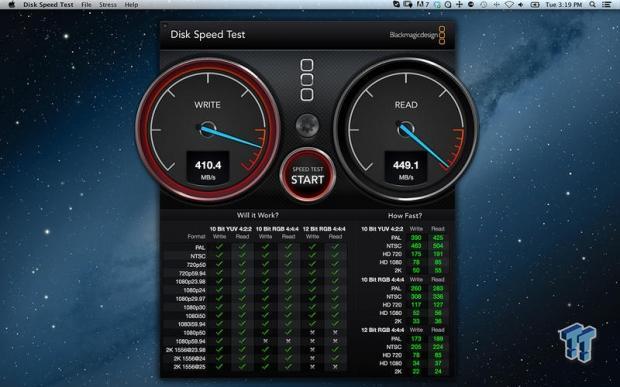 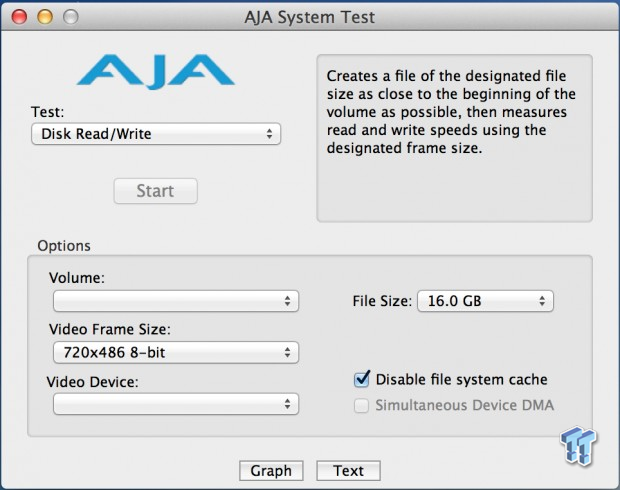 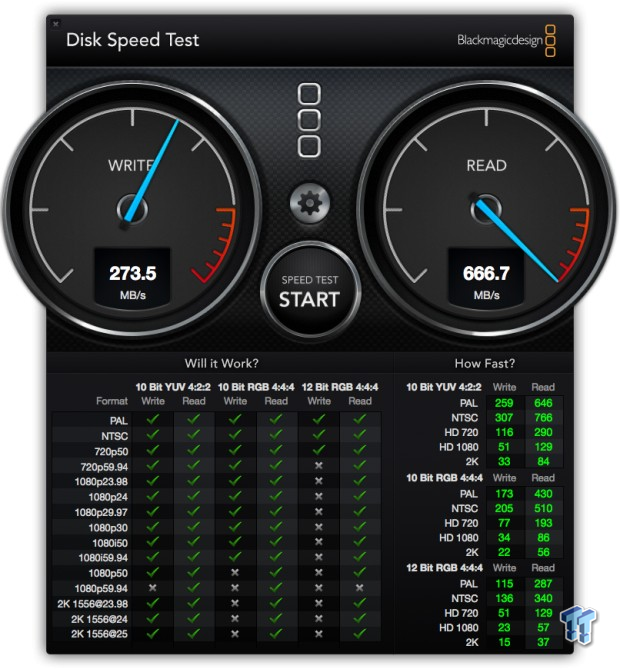 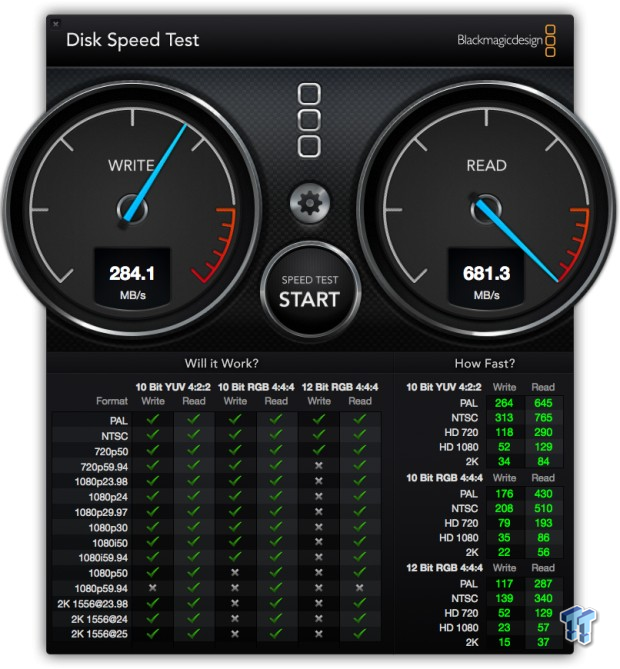 All testing with AJA System Test is done with a 16GB file size. 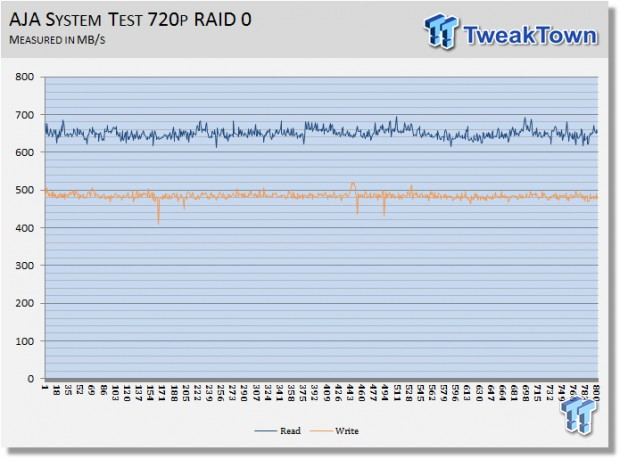 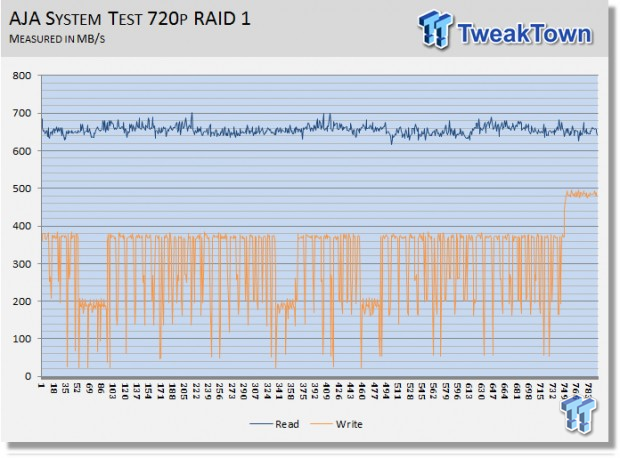 Moving to RAID 1, read performance was about the same at 650 MB/s, but write performance dropped off to around 400 MB/s with some variability in there. 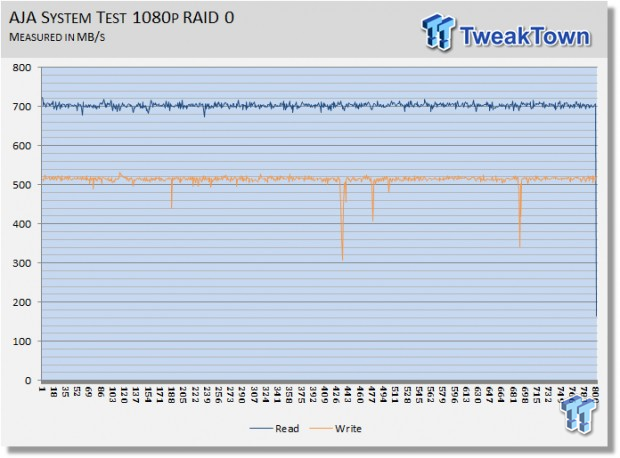 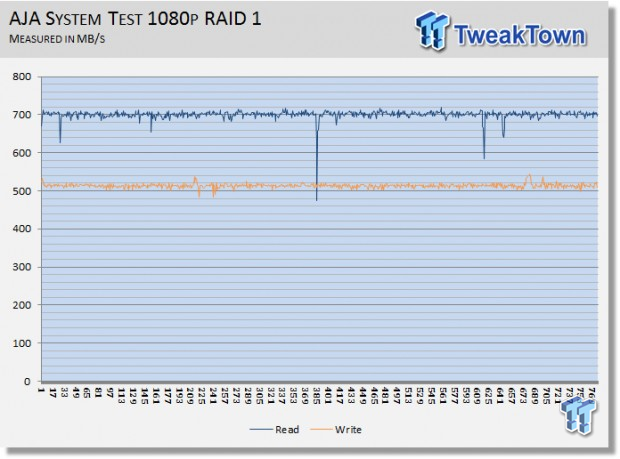 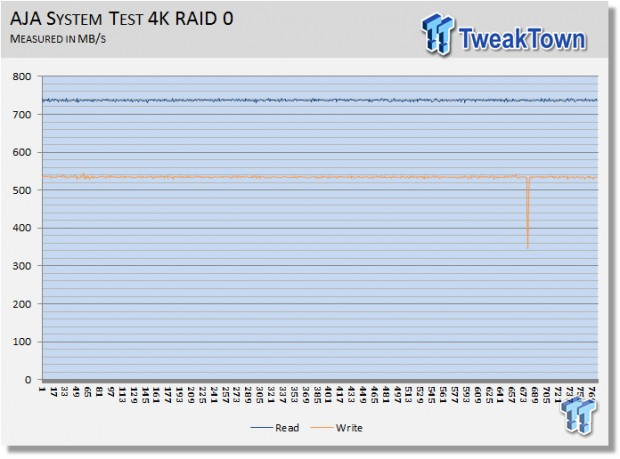 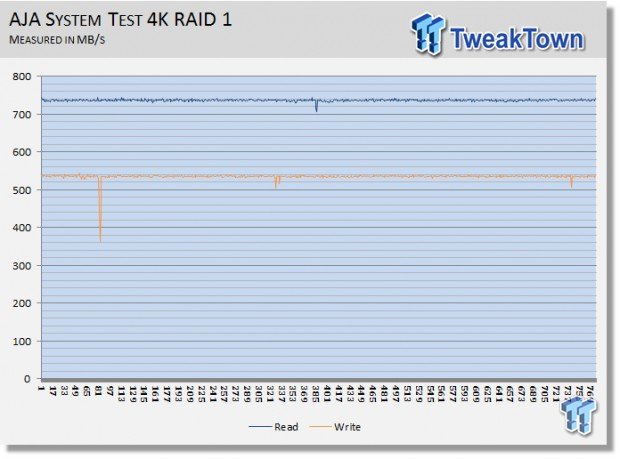 RAID 1 with 4K had the Palm RAID similar to what we saw with RAID 0. 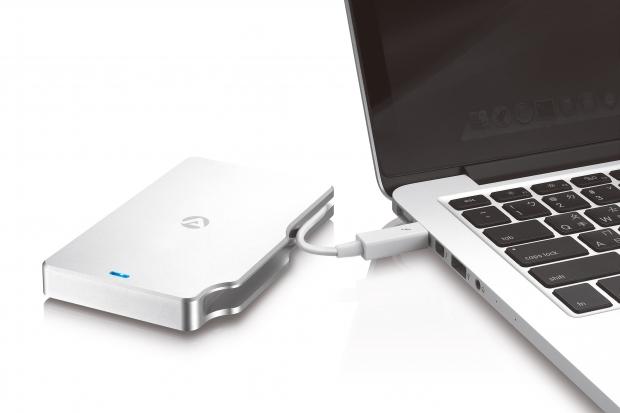 On the Performance side of things, the Palm RAID did quite well in testing. Black Magic had the drive right around 600 MB/s read, and 280 MB/s write. In testing with AJA things were even better; 720p managed 650 read, and 500 write, while 1080p and 4K allowed a little more room for the Akitio to open up. At its peak we measured 740 MB/s in RAID 0 from the Palm RAID Thunderbolt.

The MSRP for the Akitio Palm RAID Thunderbolt in the 256GB capacity is set at $399.99 with a two-year warranty. 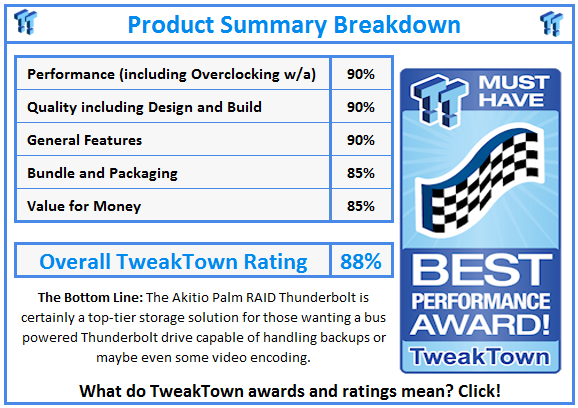