In this day and age, the word 'reboot' needs to join death and taxes in the certainties of life. Whilst Author Tom Clancy might have recently departed this mortal coil, his character Jack Ryan, lives on in its fourth incarnation. Previously portrayed by Alec Baldwin, Harrison Ford and Ben Affleck, the latest sees Star Trek's Chris Pine step into the shoes of the CIA operative. 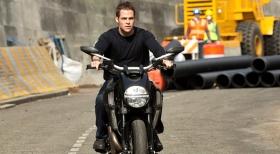 After witnessing the New York terrorist attacks on 9/11, economist student Jack Ryan (Chris Pine) is inspired to join the Marine Corps and upon deployment to Afghanistan is critically injured in an attack on his chopper convoy. A decade later and following rigorous rehabilitation by his doctor, turned wife Cathy (Keira Knighley) Ryan, now a CIA field operative, is embedded to a stock broking firm where he has uncovered evidence pointing to significant financial embezzlement.

Dispatched to the institutions Moscow headquarters, Ryan is quickly upgraded to an agent after an attack on his life, which may or may not have been perpetrated by the shady fund head Viktor Cheverin (Kenneth Branagh), whose plans have grave repercussions for the security of the U.S. economy.

Starting life as a spec script entitled 'Moscow', at some stage a bright spark at Paramount thought it could be turned into a vehicle to return Jack Ryan to cinema screens for the first time since 2002's The Sum of All Fears, which was received with a resounding thud.

The latest reboot of Jack Ryan is a solid effort that for the most part entertains quite reasonably. Unfortunately, under the light of hugely successful reboots, including Casino Royale and Batman Begins, and compared to the high octane thrills of the Mission Impossible and Bourne franchises, Ryan seems quite limp and anemic indeed.

The cast, including Paramount's new favourite son Chris Pine who is quite dashing as the all-American patriot are all quite solid and reliable leads. Keira Knightley looks a little lost at times, but she is more than adept at handling the role of intermediary to Kenneth Branagh, probably most known to younger audiences from his brief but memorable recurring role in the Harry Potter series despite his wider filmography being substantially more impressive.

Branagh took a uncharacteristic leap behind the camera for Marvel's Thor in 2009, which despite kick starting the franchise fine enough, showed little evidence of the artistic or even Shakespearean flair that he is quite adept at. In Jack Ryan, Branagh is both in front of and behind the camera, neither of which will prove to be on his career high points in the years to come.

A product of two processes; lensed predominantly on film, with some shots captured using the RED EPIC system, before being converted to a 2K digital intermediate gives Jack Ryan a more gritty and realistic visual look than some of the more shiny and crisp releases of late. Happily, this translates nicely to the small screen.

The image is crisp and clear at all times, with appropriate color balance that takes on a slightly desaturated appearance from time to time. Some shots exhibit occasionally soft or hazy appearances, but I suspect these are a reflection of the cinematographer's decisions in anamorphic lenses and thus intentional. The fine layer of film grain, which becomes slightly more noticeable during low light segments is unobtrusive and adds to the films look. I didn't detect any video encoding nasties such as macroblocking or aliasing.

Overall, this is a pretty impressive result from a studio that normally does right by Blu-ray fans. 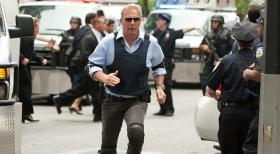 A few years ago, a technically proficient track such as this would be exceptional and we'd all be gushing about it. Now, I won't needlessly knock Jack Ryan, but these days, now that we're all a little more jaded and probably spoiled, it doesn't seem to make the same impression. Nonetheless, the track is an efficient and impressive one, which is capable of great impact and for a keener ear; many subtleties. There's some really nice sound effect placement, which really brings environments to life and help to immerse the viewer and ground the film in a realistic manner.

Audio sync is fine throughout, and there's no obvious ADR sticking out of place. Low frequency is deep and distinct, responding with a satisfying thump where appropriate and helping to underscore the film's score in some of the more tense sequences. 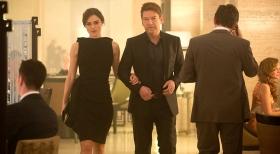 Paramount has cobbled together a small but nonetheless pleasing collection of extra features for Jack Ryan, so let's take a look at what's included.

First up is an Audio Commentary by Director Kenneth Branagh and Producer Lorenzo di Bonaventura which is moderately engaging, yet a little too dry for my liking. Hardcore fans only need apply.

Next is a range of featurettes which look at the behind the scenes aspects and which total around 30 minutes of footage. The first, Jack Ryan: The Smartest Guy in the Room, discusses the history of the character, the creation of the newest iteration and making him relevant to today's geo-political situation, whilst Sir Kenneth Branagh: The Tsar of Shadow Recruit looks at the dual roles of the director and actor. The last, Jack Ryan: A Thinking Man of Action, is concerned with the production of the films showcase actions set pieces.

The best element of the package is undoubtedly the 20 minute Old Enemies Return featurette, which examines the west's often pained relationship with Russia, both in the past and more recently, today.

Finally, we have five minutes of Deleted Scenes, which includes a slightly alternate ending. 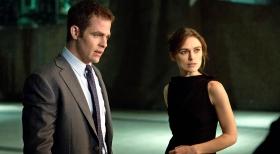 PRICING: You can find the Jack Ryan: Shadow Recruit (2014) Blu-ray for sale below. The prices listed are valid at the time of writing but can change at any time. Click the link to see the very latest pricing for the best deal.