Just a decade ago, the Lego Company was on its knees and literally months from bankruptcy. Despite the relative success of Star Wars tie-ins, fuelled by the release of the prequel trilogy starting in 1999, a perfect storm of issues coalesced for the Danish company, including the development of complex and costly new products, reduced sales, and the introduction of a series of ill-advised toy-lines that strayed precariously too far from the company's core products.

Flash forward to today and with yearly revenues of nearly $5 billion, it seems Lego is now more popular than ever before. Nothing exemplifies the company's renewed success more than the premiere of The Lego Movie. 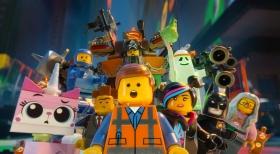 In a land where creativity has been oppressed by the evil Lord Businessman (Will Ferrell), happy-go-lucky construction worker Emmett (Chris Pratt) is recruited by fringe dwellers Wyldstyle (Elizabeth Banks) and Vitruvius (Morgan Freeman) and hailed as the prophesied "special," the hero destined to thwart Lord Businessman's plan to freeze the world with the terrifying power of the super glue 'Kragle.' Teaming up with the master builders of the Lego world, including Batman (Will Arnett), Metalbeard (Nick Offerman), and Unikitty (Allison Brie), Emmett offers the denizens of Cloud Cuckoo Land the best chance of defeating the forces of evil, but what hope do they have if the prophecy proves incorrect? 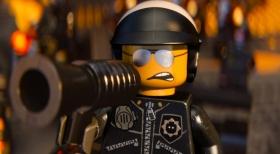 Whilst it's easy to dismiss The Lego Movie as a cynical, $100m advertisement for the minuscule slabs of plastic, there's no denying the entertainment value and theatrical opportunities that the line offers, probably surpassing that of other products whom have transitioned quite well, including Transformers and G.I. Joe.

The CG animation is unique and features a lot more attention to detail than might be instantly obvious, taking on an almost stop-motion style, with the characters movement carefully emulating that of the Lego figures themselves.

Writer/Directors Chris Miller and Phil Lord have produced a whip smart script full of in-jokes, pop culture references, and other irreverent humor with breezy abandon, and the film manages to enthrall for three quarters before disappointingly stalling towards the finish line. Having cut their teeth on animated and live action productions such asCloudy With A Chance of Meatballs and 21 Jump Street, their attempts to bridge the animated and live action world's in The Lego Movie simply to deliver a schmaltzy message about the importance of play and creativity proves unnecessary. A disappointment to be sure, but it seems that others might just have enough goodwill stored from the sheer fun of the first 90 minutes to overlook this. 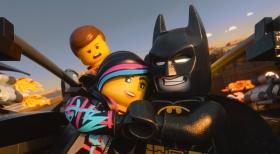 For the second time in as many months, I can't overlook the film's glaring Australian release delay, which comes some nine weeks after the release of the film in the U.S. Sure, I can see the appeal of leveraging off school holidays and the onset of Easter, but in this day and age of digital distribution, there's no excuse whatsoever to treat Australians as third-class citizens. Worse, this is a film that was significantly produced in this country (and presumably with generous tax breaks). I'm a huge supporter of intellectual property rights, but it's hard to defend and feel empathy for a studio system that is culpable in such anti-consumer behavior. 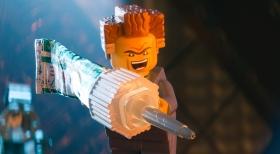 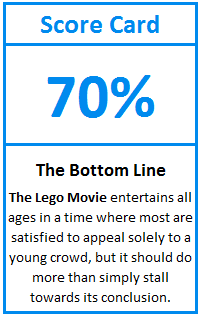