Director Hayao Miyazaki is certainly no unfamiliar name to the animation world, having nearly single handedly bought recognition to Studio Ghibli both in and outside of Japan and molded it into a powerhouse brand, not unlike Disney, synonymous with quality family entertainment--whilst simultaneously touching very adult matters. Miyazaki's directing career has run the gamut of subjects and themes, however, in this, his latest (and apparently his last), he takes us on an emotional ride through a very touchy subject and, in doing so, proves how controversial it still proves to be. 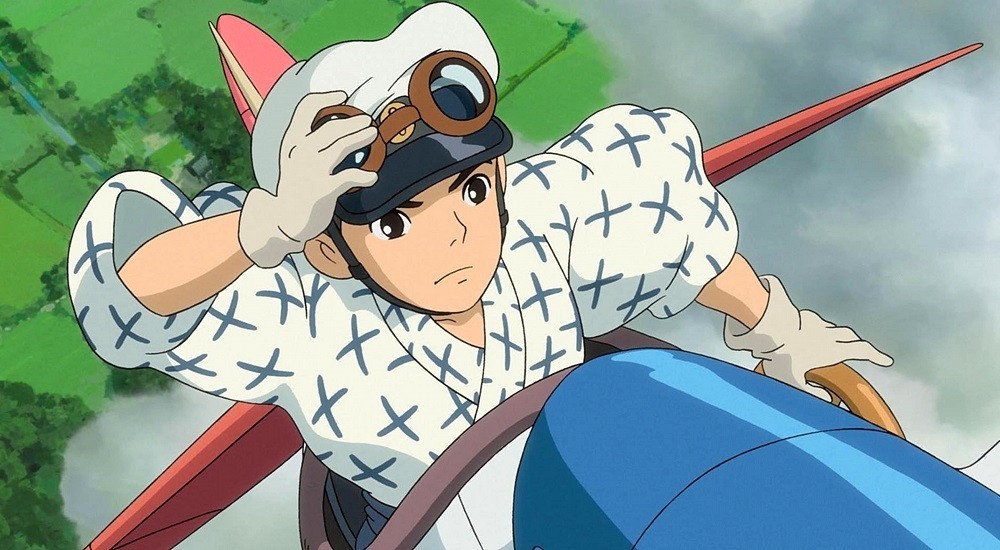 As a young boy, Jiro Horikoshi (voiced by Hideaki Anno in the original Japanese version) is fascinated by air flight, with his dreams constantly revolving around meeting influential Italian plane designer Giovanni Caproni (Nomura Mansai), a desire that exponentially grows after obtaining aviation literature. As times passes, evident through Jiro's wardrobe and mannerisms, Jiro now pursues engineering at University, soon finding employ at Mitsubishi airplane manufacturing, where he is heralded as a genius, rising through the ranks for his design nous and problem solving savvy.

Whilst saturated with the demands of work, Jiro's attention becomes diverted by his fiancee Naoko (Miori Takimoto) who is privately succumbing to the rigors of tuberculosis, but, as the winds of war become darker, Jiro is assigned to head the project that becomes Japan's secret weapon--the fast and agile Japanese Zero fighter planes of World War II. 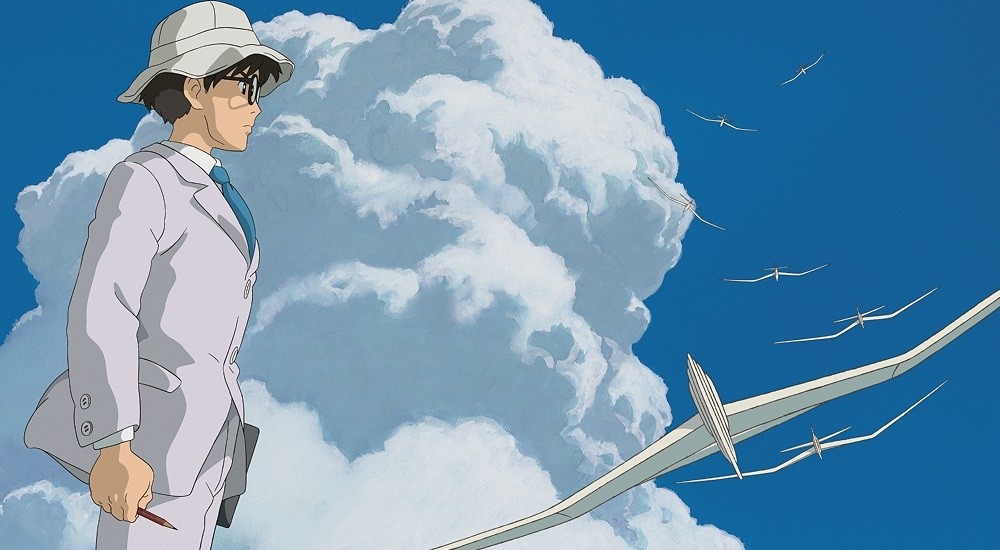 A Miyazaki-helmed Studio Ghibli film comes with an unshakeable set of inbuilt expectations, and I'm pleased to say that The Wind Rises met most of mine. The animation style is signature Ghibli: simple, yet beautiful in its simplicity. Joe Hisaishi's score is appropriate and moving. The film is quite long for animation (at least by western standards) but, short of a few dips and troughs, mostly unfurls at good pace.

Like all dramatizations, The Wind Rises is guilty of bending fact to its will, although from the dreamy opening sequence, it is obvious it is to be played out through the viewpoint of Jiro's dreams and internalizations. However, at least to my knowledge, the core story remains overwhelmingly true to real life events. 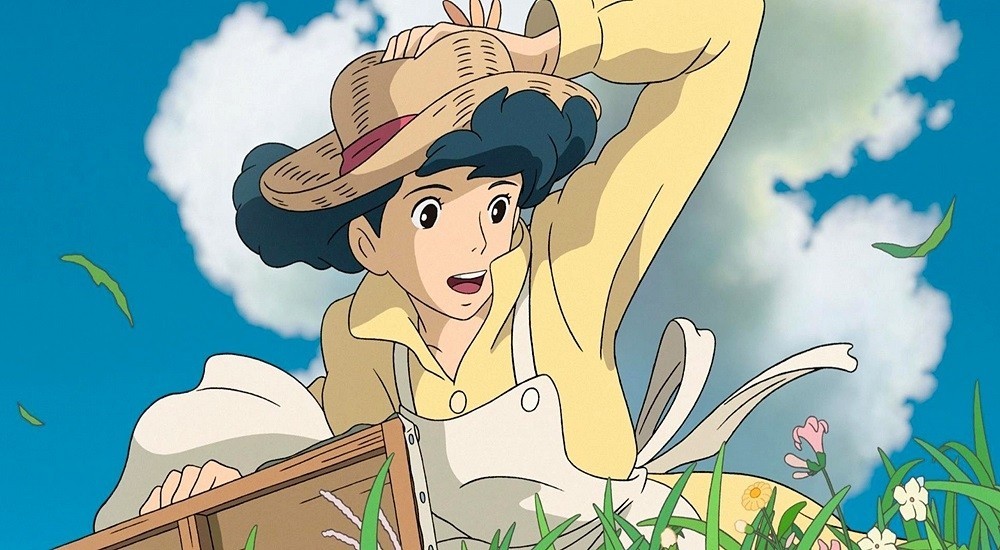 On the surface, the film seems somewhat detached to the greater war effort, a subject that Studio Ghibli passionately looked at in Grave of the Fireflies. However, if one looks closer, there are glimpses, and, in this manner, Miyazaki's selections have upset some circles, a testament to the strong emotions held even as we approach 70 years following the last world war's conclusion. In this review, I don't wish to critique these choices. Rightly or wrongly, this is Miyazaki's vision, and he has the right to air them, just as critics have the right to point out any perceived discrepancies. To me, however, this is simply a portrait of one man and his dogged devotion to perfection and serves to prove Jiro's somewhat naive outlook to the ramifications of his creations.

However, I can't help but feel after a career of such wondrous highlights such as Spirited Awar, Howl's Moving Castle, and My Neighbour Totoro, Miyazaki seeks to close the door on his amazing career with the decidedly downer The Wind Rises. Nor am I convinced of the wisdom of courting such a controversial picture as Ghibli's international status grows exponentially.

Ultimately, I suspect that ten different viewers will take ten different lessons out of The Wind Rises. Those that come with a bit more baggage and pre-conceived notions of war culpability likely won't have their mind changed by this picture, and I would suggest they should probably look elsewhere. 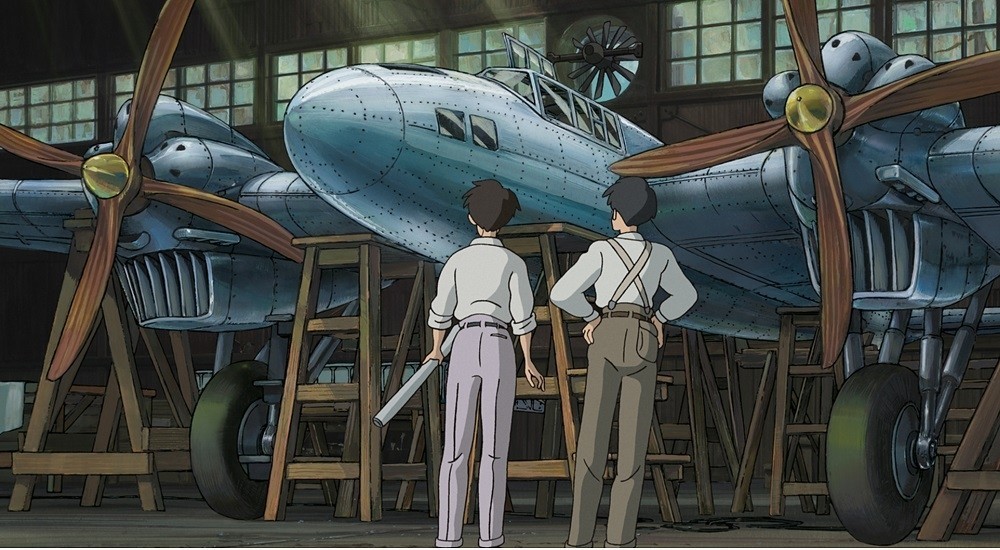 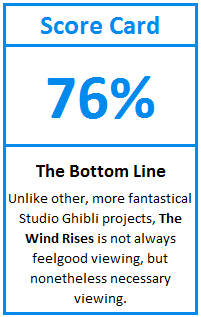