Director 'McG', otherwise known as Joseph McGinty Nichol, has a career littered with bombs such as This Means War, disappointments like Terminator Salvation, and downright clunkers, including Charlie's Angels: Full Throttle. It's a real shame, too, because the former music video director has an obvious eye for visuals and good sensibilities for action.

It's just that short of his first film, the hyperkinetic Charlie's Angels some 15 years ago, he hasn't really found a vehicle to channel his talents all that successfully. However, in 3 Days To Kill, which just happens to be his lowest budgeted film ever (at just under $30 million) and coupled with Writer and Producer Luc Besson, McG finally seems to be suitably matched. 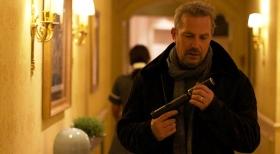 Despite nearly capturing an internationally wanted terrorist known only as the Albino (Tomas Lemarquis) in a foiled plot, CIA Agent Ethan Renner (Kevin Costner) has been felled by cancer that has left him with a decidedly negative prognosis: only a few months to live. Ejected from the agency, Renner shuns his formerly nomadic life to return to his wife Christine (Connie Nielsen) and young daughter Zoey (Hailee Steinfeld) to spend his remaining time.

Connecting to the young teenager proves difficult when it is obvious he knows little about her, as he missed almost all her life milestones. Just when his affairs begin to come into order, Renner is approached by sultry CIA agent Vivi (Amber Heard) promising an expensive and experimental drug that could extend his life in return for completing his final mission and bringing the Albino to justice. 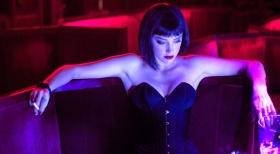 3 Days To Kill has been knocked around a bit critically, at this point enjoying the dubious honor of a 31 percent rotten rating on Rotten Tomatoes. Whilst I'm cognizant of standing out amongst my compatriots, I feel the need to break rank on this one. I found 3 Days To Kill to be overwhelmingly entertaining of the heavily salted popcorn variety. The hand of Luc Besson is more than noticeable, with much of the action harkening back to the likes of The Transporter and Lockout.

Coming just a few months after the disappointing Jack Ryan reboot (which also featured Kevin Costner), it's interesting that 3 Days To Kill features a similar concept with a wildly divergent tone. Whereas Jack Ryan illustrated the outlandish with stony-faced seriousness, Ethen Renner is just as quick to offer a comedic quip as he is to take out a villain or focus on family life for an extended period as he is to blow up a building in spectacular fashion. 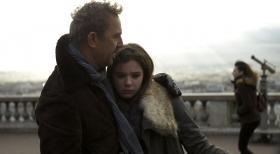 Kevin Costner is, of course, an old hand at the type of material, but he sure looks like he is having fun. Hailee Steninfeld does an admirable job at coming around to her formerly absentee father. However, the highlight of the cast is the downright gorgeous Amber Heard, whose career seems to be on an upward trajectory. Every scene she is in instantly grabs the interest and keeps the film kicking along.

3 Days To Kill isn't an action classic for the ages and probably resides towards the bottom of Kevin Costner's filmography, but for an infinitely entertaining Saturday night actioner, you can do much, much worse. 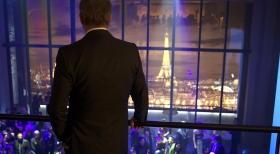 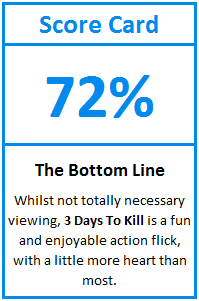