In this day and age, the word 'reboot' needs to join death and taxes in the certainties of life. Whilst author Tom Clancy may have recently departed this mortal coil, his character Jack Ryan, lives on in its fourth incarnation. Previously portrayed by Alec Baldwin, Harrison Ford, and Ben Affleck, the latest sees Star Trek's Chris Pyne step into the shoes of the CIA operative. 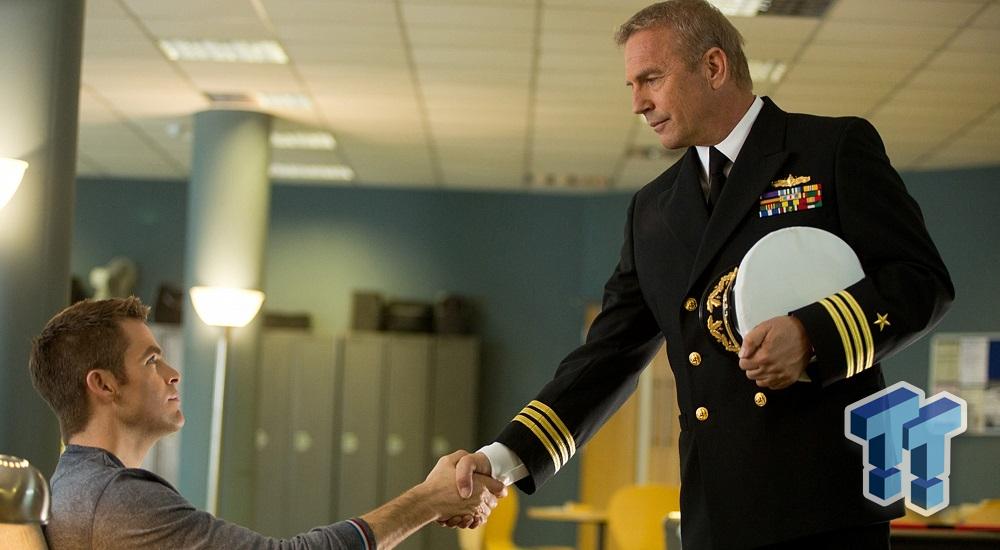 After witnessing the New York terrorist attacks on 9/11, economics student Jack Ryan (Chris Pine) is inspired to join the Marine Corps, and upon deployment to Afghanistan is critically injured in an attack on his chopper convoy. A decade later (and following rigorous rehabilitation by his doctor turned wife Cathy (Keira Knighley) Ryan), Jack Ryan, now a CIA field operative, is embedded to a stock broking firm where he has uncovered evidence pointing to significant financial embezzlement.

Dispatched to the institution's Moscow headquarters, Ryan is quickly upgraded to an agent after an attack on his life, which may or may not have been perpetrated by the shady fund head Viktor Cheverin (Kenneth Branagh), whose plans have grave repercussions for the security of the U.S. economy. 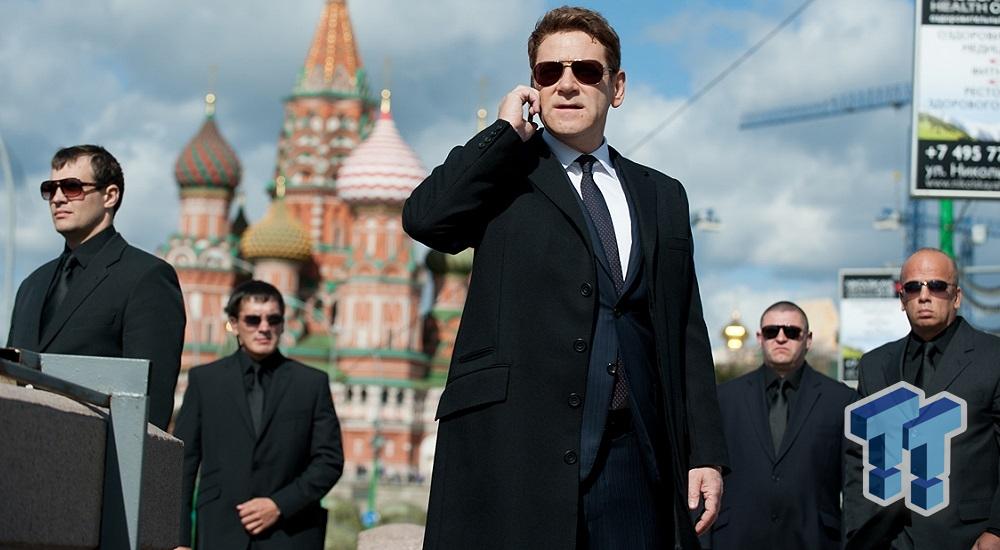 Starting life as a spec script entitled 'Moscow,' at some stage a bright spark at Paramount thought it could be turned into a vehicle to return Jack Ryan to cinema screens for the first time since 2002's The Sum of All Fears, which was received with a resounding thud.

The latest reboot of Jack Ryan is a solid effort that for the most part entertains quite reasonably. Unfortunately, under the light of hugely successful reboots, including Casino Royale and Batman Begins, and compared to the high octane thrills of the Mission Impossible and Bourne franchises, Ryan seems quite limp and anemic indeed. 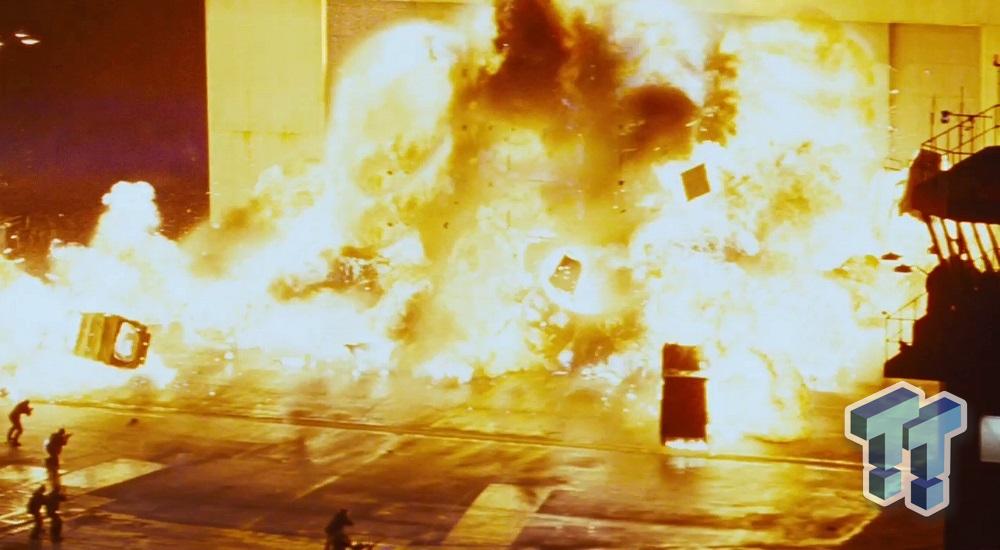 The cast, including Paramount's new favorite son Chris Pine, who is quite dashing as the all-American patriot, are all quite solid and reliable leads. Keira Knightley looks a little lost at times, but she is more than adept at handling the role of intermediary to Kenneth Branagh. Branagh is probably most known to younger audiences from his brief, but memorable recurring role in the Harry Potter series, despite his wider filmography being substantially more impressive.

Branagh took a uncharacteristic leap behind the camera for Marvel's Thor in 2009, which despite kick starting the franchise fine enough, showed little evidence of the artistic or even Shakespearean flair that he is quite adept at. In Jack Ryan, Branagh is both in front of, and behind the camera - neither of which will prove to be his career highpoints in years to come. 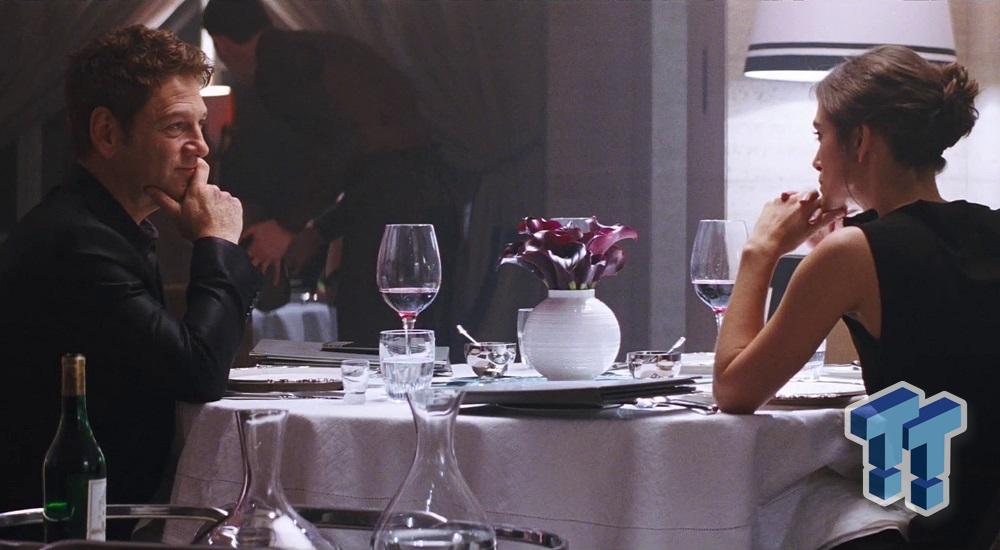 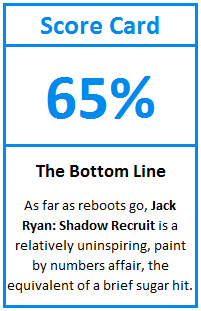