Despite critical indifference to the first new film from The Lord of the Rings juggernaut in nearly a decade (including a backlash against the innovative high frame rate 3D presentation), The Hobbit: An Unexpected Journey pulled in a very impressive billion dollars at the international box office; well and truly earning back the production costs of all three entries, which have completed principal photography.

Following the trend set by The Lord of the Rings trilogy, we return to the tried and true strategy of unveiling a new entry at the conclusion of the year. So, how does The Desolation of Smaug compare to its somewhat maligned predecessor? Read on, dear reader! 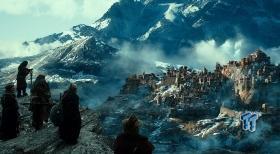 The Dwarf fellowship, led by the Hobbit Bilbo Baggins (Martin Freeman), continues on their quest to liberate the Lonely Mountain from the conquest of the greedy dragon Smaug (voiced by Benedict Cumberbatch), and return the Arkenstone to the Dwarves. Their quest is made all the more difficult by the band of ruthless Orcs, led by Azog, who nip at their heels and track them throughout the lands; including the hallowed ground of the Elves.

New friendships are forged, including with the Bard (John Bell), and even a romance begins to blossom. But, a new and extremely powerful force reveals itself to the wizard Gandalf the Grey (Ian McKellen); a force which will bend Middle Earth to its evil will. 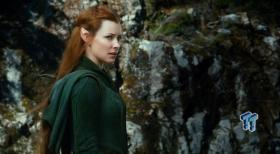 The key cast returns once more (although some emphasis is shifted away from key characters such as Bilbo and Gandalf), whilst the villainous Gollum, who proved a highlight of An Unexpected Journey and helped to strengthen the links to the original The Lord of the Rings trilogy, is totally absent.

Still, the dragon Smaug picks up some of the slack. Smaug is voiced impeccably by Benedit Cumberbatch, whose Hollywood stock continues to rise with rapid ascent. Smaug is an interesting character that might lack subtlety, but more than makes up for it in sheer impressiveness and threat. The inclusion of the Elven warrior Tauriel (Evangeline Lilly), a new character that never existed in the original Tolkien story, might upset some of the purists; however, her inclusion does serve to provide some much needed cross-sex appeal. 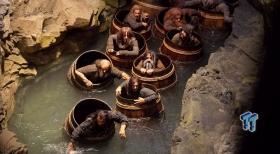 Some key sequences, including a rousing wine barrel escape down rapids, and a rerun of the memorable spider attack from The Two Towers, are hugely compelling, and exceed the highest heights of An Unexpected Journey.

Unlike the drawn-out run time of the its predecessor's theatrical release (a lumbering and indulgent cut which had more in common with the more expansive DVD extended cuts for hardcore fans), The Desolation of Smaug thankfully runs for a comparatively breezier 161 minutes; some 20 minutes shorter than the last film. As such, it's pretty clear that Peter Jackson has worked hard to rectify some of the complaints leveled at An Unwanted Journey; certainly admitting as such in conjunction with the lambasted high frame rate presentation. This cut feels much more restrained, easier to digest, and far less forced; furthermore, it's coupled with a story that is much meatier and filled with significantly more action, which should make it a lot more palatable to mass audiences - myself included. 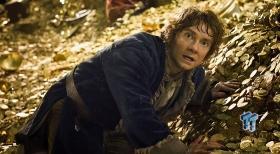 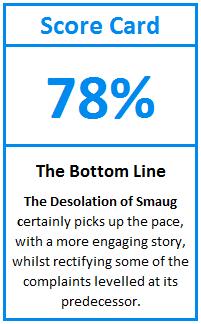