The new Nexus Wireless Charger is great-looking, magnetic-connecting wireless charger, with a very, very small footprint. Let's take a look around the box. 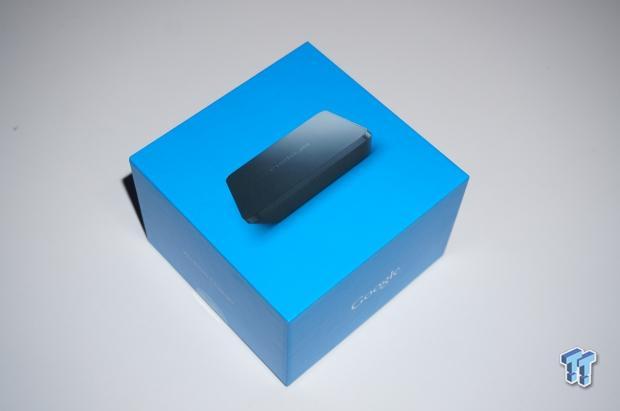 The box that it comes in is the same styled box, and color choice, that Google opted for its Nexus 5 smartphone, and Nexus 7 (2013) tablet. 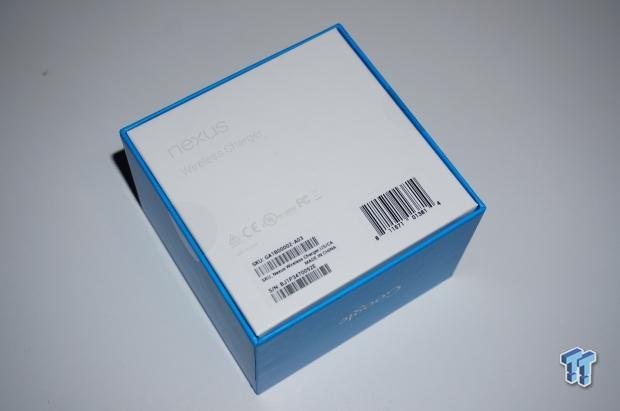 There's not much going on when we flip the device on its back. 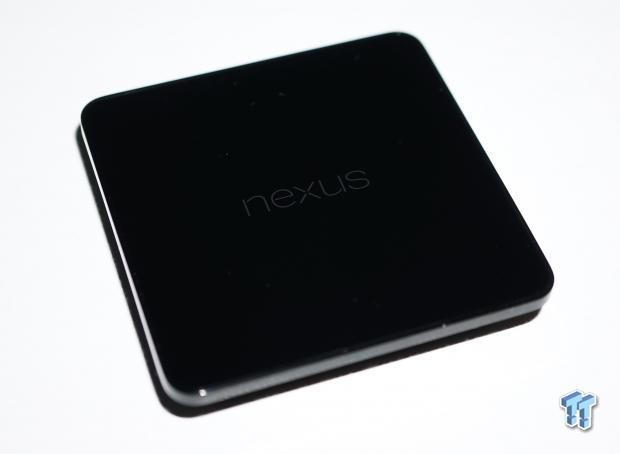 Up close, it has a gorgeous mirror finish - but right out of the box I found a tiny hairline scratch on mine, which was really disappointing. 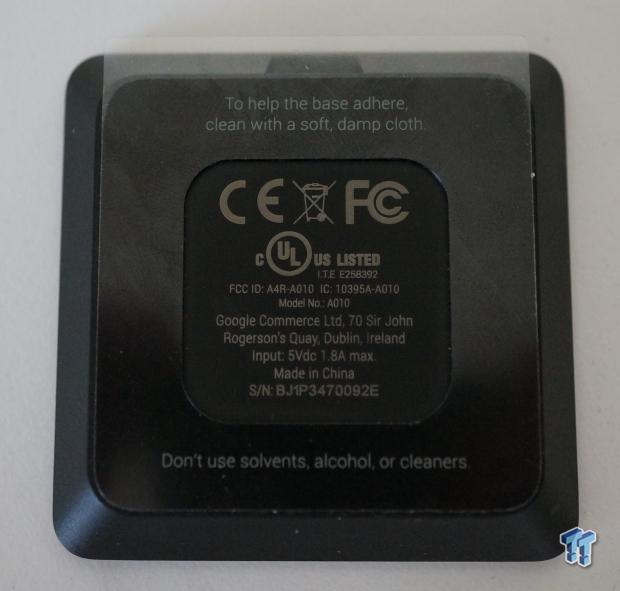 On the back of the charger, we have a sticky pad - something that is really unique. I never pulled the plastic off of it, as I didn't feel like having my $400 smartphone charging wirelessly, hanging vertically. But, for those that want to do this - it's a great option with the new Nexus Wireless Charger. 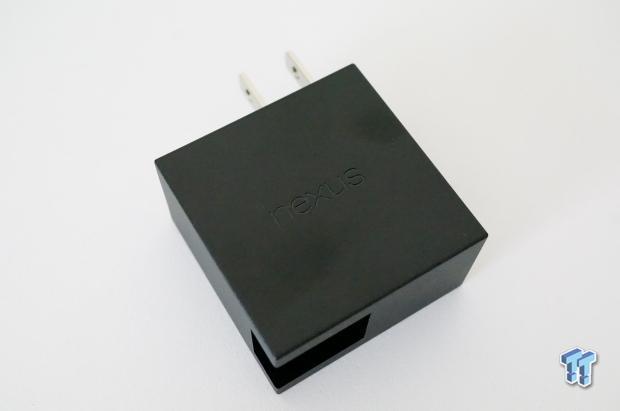 A closer look at what powers the Nexus Wireless Charger. 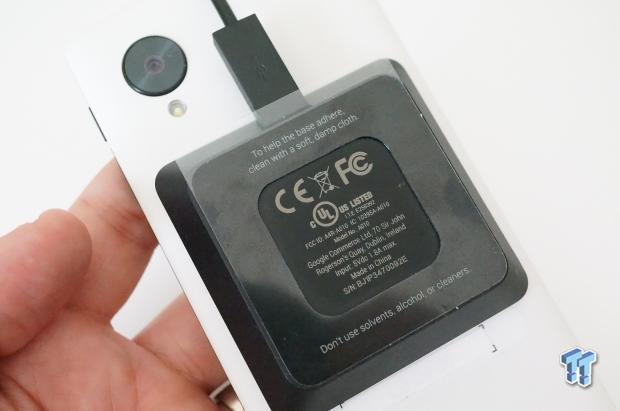 This is the Nexus Wireless Charger magnetically connected to the rear of my Nexus 5. It connects very tightly, and even takes a bit of muscle to pull it off. 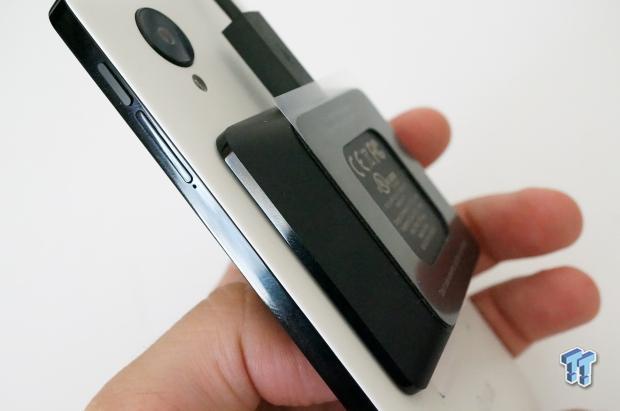 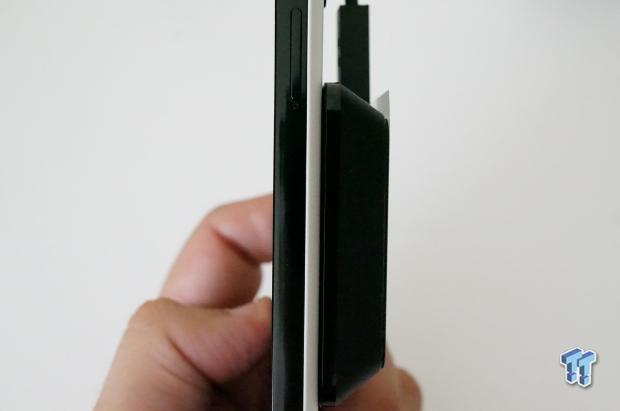 Next, we have two shots of the Nexus Wireless Charger attached to the Nexus 5 again, to give you a sense of just how thin this wireless charger is. 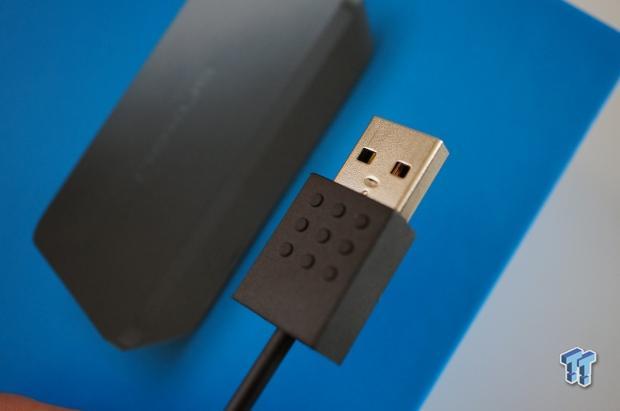 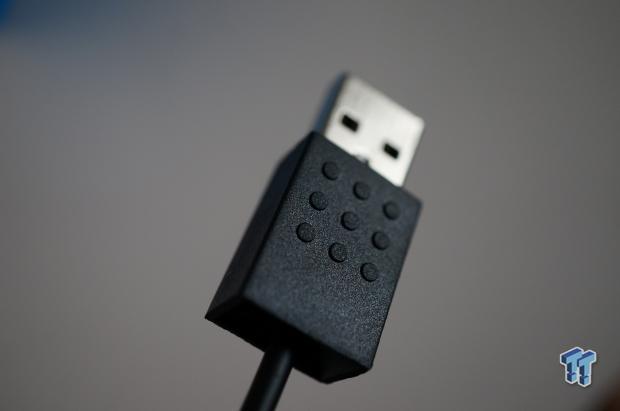 Google concentrated on the design of the Nexus Wireless Charger, everything looks great - from the packaging, to the USB cable included itself. It all looks great, and just works perfectly without any configuration needed apart from plugging the cables in and placing your Nexus smart device onto the charger.

This gave me a fully-charged smartphone every time I left my desk, and without a USB cable being plugged in every time, the convenience is just perfect. Charging our Nexus 5 smartphone was nearly as fast as having a physical cable plugged in, charging the Nexus 5 from around 20% charge to 100% within a little over two hours. Considering the Nexus Wireless Charger works so easily be placing your Nexus device on top of it, there's no excuse to not have a fully charged smartphone when you're sitting at your desk.

I also took the time to fully charge my Nexus 7 (2013) tablet, which had been sitting with absolutely no charge for around two weeks. From 0% to 100% full charge was a scrape under three hours, which is nothing short of impressive, considering the charge is completely wireless!

I don't think there's anything else I need from a wireless charger, Google seems to have nailed it down. Sure, it could feature an adjustable height or angle - like the Tylt Vu Wireless Charger, but that's just clutching at straws for something to complain about.

Google pricing it at $50 might seem like a bit of a stretch, but considering its top-of-the-line smartphone costs just $400, for $450 you can get a Nexus 5 and Nexus Wireless Charging package, and still save hundreds of dollars from buying something similar from Samsung or Apple.

If you were looking at getting a Nexus 5, or already have one - you simply need to buy the Nexus Wireless Charger, you will not be disappointed.