Talk about a dark horse, Gravity arrives in Australian cinemas within hours of the U.S. release with little publicity or fanfare, but with a whispered campaign of the films brilliance reaching a crescendo on cue, in what can only be a PR staffers dream come true. But, in the case of Gravity it's all true - it's one of the most brilliant films of the year and completely understated to boot. 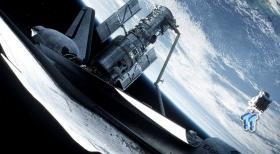 During a routine maintenance procedure on the Hubble space telescope, Astronauts Ryan Stone (Sandra Bullock) and Matt Kowalski (George Clooney) become caught up in a satellite debris field, which rips apart their shuttle; the Endeavour, kills the remainder of their crew and leaves them stranded and floating out into the blackness of space and separated from mission control (voice of Ed Harris).

Utilizing a thruster pack, Stone and Kowalski attempt a nail biting journey to the nearby International Space Station with oxygen supplies rapidly dwindling and the debris field making a return trip under gravitational forces, threatening the only chance they have of getting home alive. 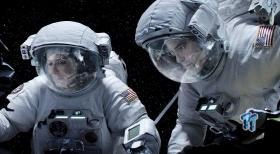 Much has been made of the technical brilliance of Gravity - in the same vein that Douglas Trumbull's effects in 2001: A Space Odyssey wowed audiences in the 1960's (and continues to do so). The effects are utterly convincing and not once did I stop to think "nice digital matte" or "beautifully rendered skylines". No, George Clooney and Sandra Bullock are truly floating in zero gravity - and that is all there is to it. If the digital artists don't bag the Oscar in this area, something is seriously, seriously wrong with the Academy. 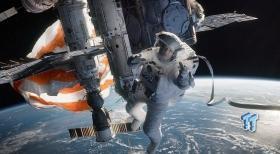 However, as good as the effects are, Clooney and Bullock are even better - they really sell the effects. Whilst Clooney has form appearing in Steven Soderbergh's zero gravity thriller Solaris in 2002, I had much more concern for Bullock in the role of a high achieving astronaut, especially after being subjected to her whiny tones in the films theatrical trailer so many times. Suffice to say, she is utterly superb, and carries the weight of the film on her shoulders through large patches with aplomb. It's amazing that nearly 20 years after her star making role in Speed, she continues to develop and grow as an actor. 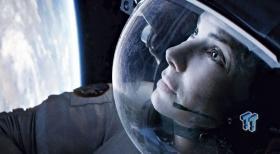 Ultimately, Gravity is perhaps the most pleasurable surprise I've yet encountered in this year's theatrical releases, and despite releasing with a whispered campaign of brilliance, the film will become a juggernaut that speaks for itself. 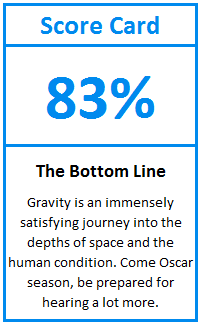