Once a parent company of Cirrus Logic, and later gobbled up by the Micron machine, Lexar Media as its now known is a top tier provider of NAND flash based products ranging from USB flash drives to Compact Flash memory cards.

The product we will be looking over today falls into the Compact Flash category, labelled the Lexar Professional. This drive with its speed demon rating of 1000x carries specifications that allow a minimum sustained read speed of 150MB/s utilizing the CFA 6.0 UDMA7 spec, and is said to support 1080p Full HD video as well as 3D video from today's high-end DSLR cameras. 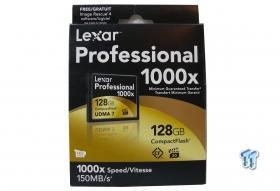 Looking over the packaging, Lexar has leveraged the gold coloring and large print "Professional" to make it stand out on retailers' shelves. Along the bottom we find the 1000x speed rating listed next to the capacity, which for our sample is 128GB. You will also find the CF membership logo as Lexar is an executive member of the association and all of their products are certified. 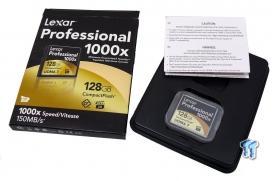 Opening up the packaging we found the card packaged in a plastic retainer with paperwork regarding a necessary firmware update for card readers to support UDMA7. 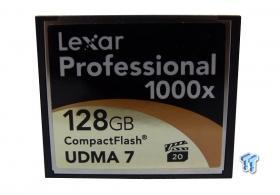 Looking over the card itself we find the design on the packaging has been translated to the card. The use of gold is common among manufacturers looking to catch the consumer's eye with their top-tier offerings. We saw the same concept used in our review of the SanDisk Extreme Pro. 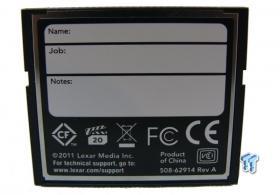 The back of the card gives the end-user space to record what data is on, or has been written to the card. 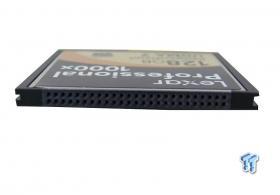 The interface used on the Lexar Professional is Type I 50 Pin. 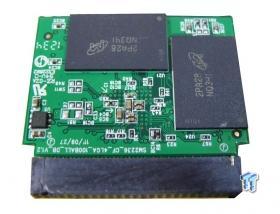 Internally the Lexar uses a 32 x 4 NAND configuration, each package is branded Micron and is asynchronous. 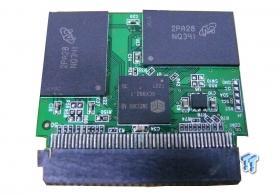 The NAND controller used in the Lexar is the Silicon Motion 2236, a 4 channel controller with Global Wear Levelling capabilities to extend the life on the NAND.

To test Compact Flash cards we utilize the same benchmarks we use for Flash Drives. These include CrystalDiskMark, ATTO and DiskBench. The card reader utilized in these test is the SanDisk ImageMate AIO. 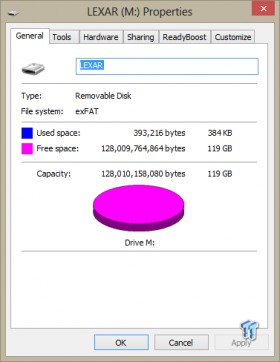 Our first look over the card shows its storage capacity of 119GB formatted in the exFAT file system. 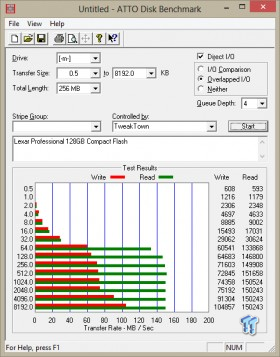 Running the Lexar Professional through ATTO Disk Bench in its FOB (Fresh out of Box) state we achieved 150MB/s read and 104MB/s write. 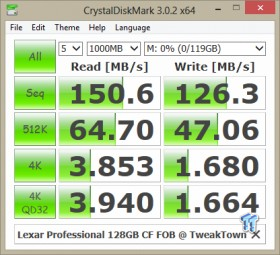 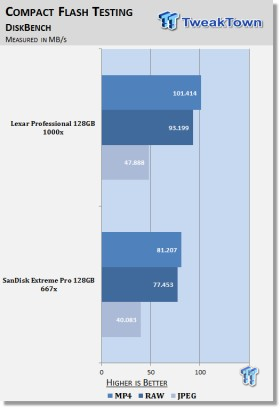 Looking over our chart above, while being rather empty at this stage, we see the speed comparison between 667x and 1000x rated drives in real-world applications. In the RAW image format we see a 16MB/s difference between the two speeds and that is closely followed by the 20MB/s difference we seen in MP4. JPEG results are very close with just 7MB/s between the two.

The Lexar Professional Compact Flash is as visibly appealing as a card can get. The gold touches would, in my mind, catch your eye in the store, enough to at least get you to pick it up off the shelf and take a closer look. This is where you would read the marketing Lexar has strategically placed on the packaging, more specifically its UDMA7 capability and 1000X speed rating.

With so many brands of cards on the market, it is certainly difficult for manufacturers to differentiate themselves. Lexar has done a great job with this, first marketing there card properly and then living up to the performance specifications. As we seen in our testing the Professional did quite well in our real-world testing, and even the synthetics to be honest. One thing that I would point out is the 150MB/s is marketed as sustained read speed and not write speed. So you won't necessarily see anything more than the 100MB/s we reached in ATTO using this card in your camera, and that's if your camera is one of the more modern DSLRs that support UDMA7.

Pricing of the Lexar Professional Compact Flash in the 128GB capacity we received is $659.99 at the time of writing. Lexar covers this and all there compact flash products with a limited lifetime warranty. 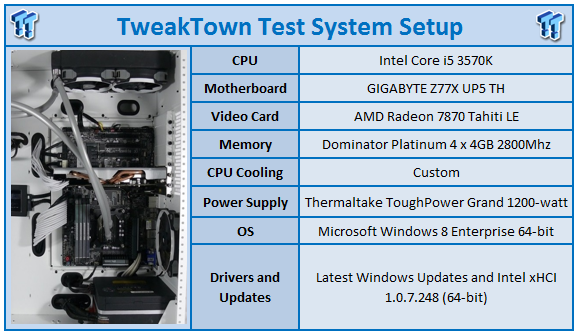