For some time, the biggest criticisms leveled at modern Hollywood revolve around the dearth of new ideas and reliance on sequels that can tap into prior knowledge and an in-built audience. But ever since Tim Burton's 2000 reboot of the Planet of the Apes, we've seen a curious spin-off; the 're-imagining'. 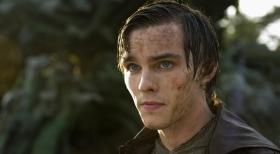 Bryan Singer's take on the Jack and the Beanstalk tale in Jack the Giant Slayer aims to tap into recent financial successes in re-working classic stories such as Alice In Wonderland and Snow White and the Huntsman. Whilst the film suffers from similar flaws, especially a rather rocky first half, once the film found its footing Jack the Giant Slayer turns out to be a competent and entertaining experience - albeit an unmemorable one not befitting such a huge budget. 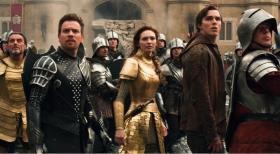 In an unnamed medieval kingdom, Jack (Nicholas Hoult) whilst in the town square to sell his horse, is made an offer by a harried Monk; a promise that the beans in his possession, stolen from Lord Roderick (Stanley Tucci), can be on-sold for a reasonable sum. Jack agrees and is unsurprisingly admonished by his uncle upon returning home, who throws the beans on the ground. Unbeknownst to him, the beans begin to germinate in the soil under the floorboards, causing an immense beanstalk which sprouts into the sky and into another world above the clouds. Unfortunately, the beanstalk takes Jack's home with it, along with the King's Daughter Isabelle, who was sheltering from the deluge.

King Brahmwell (Ian McShane) assembles a fellowship (no, not that fellowship) including the brave Elmont (Ewan McGregor) to retrieve his daughter, but when she's held captive by a band of vicious giants, they'll need to fight a force of strength well beyond their own, not least one assisted by a turncoat of their own. 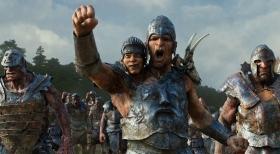 I'm a big fan of director Bryan Singer and especially loved his romantic love-letter to the iconic DC superhero in 2006's Superman Returns. Whilst Zach Snyder gets to pick up the mantle to the character later this summer, Singer has floated between projects, including the aborted attempt to remake the 1970's sci-fi film Logan's Run, eventually boarding the project that eventually became Jack the Giant Slayer.

Over seven years in development, the film fell victim to multiple re-writes by some six scribes in order to rectify issues with demographics and budget. Sadly, this has taken a toll on the film itself - the tone swings substantially and the initial half of the film plods along somewhat listlessly. 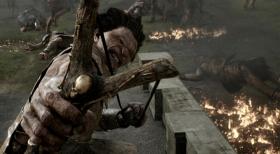 Whilst the film does admittedly pick up some slack in the latter half, clearly the damage has already been inflicted. Amongst other issues, characters have already been established as bland and generic, so it's hard to rekindle the audience's interest in their plight. The cast uniformly do the best they can, including Ewan McGregor who has had significant blue screen experience under director George Lucas and despite some solid special effects and all the intent in the world, ultimately, this is either a film that you'll like or hate - I can't see many loving it, nor wanting to return to it. 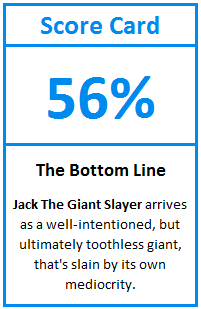