As a huge fan of Adam Reed's 2006 Adult Swim animated series Frisky Dingo, who was disappointed by the cancellation of spin-off series The Xtacles after just two episodes, I was elated to see Reed return with the James Bond spoof Archer which is just as, if not funnier than his first series. And it seems others agree too, with the series enjoying much wider distribution and name recognition, along with critical acclaim. 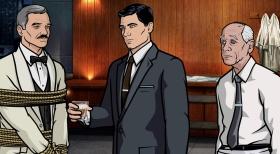 To those not in the know, Sterling Archer (H. Jon Benjamin) is chief secret agent at espionage agency ISIS, along with his inept cohorts who sometimes complete the mission as tasked, whilst at and other times failing spectacularly. Archer holds a particularly solid role at ISIS, no doubt solidified by the CEO role of his mother, Malory Archer (Jessica Walter), which generally allows him to indulge outrageous behaviors and side benefits, namely women and booze.

The third season of Archer picks up from the conclusion of series two, which finds Archers fiancee Katya Kazanova turncoat KGB agent, murdered by former agent, now cyborg; Barry. The 13 episode run of episodes are consistently solid and further the show, which sadly can't be said for the shows decidedly average fourth season.

Twentieth Century Fox should be congratulated for releasing the popular series on Blu-ray as well as DVD, along with the previous season two release, also on Blu-ray. However, conspicuous by its absence is the shows first season, released in the United States on a Region A locked disc, but in no other markets. Get to it, Fox! 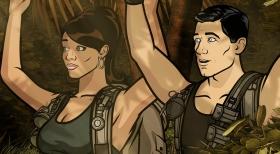 Archer: Season Three is presented in the original aspect ratio of 1.78:1, encoded with AVC MPEG-4 compression.

Archer has a very specific animation style, utilizing a mixture of rotoscope and CG elements and animated rather simplistically with Adobe After Effects. Video encoders love thick blocks of chunky color and compress the image here with ease, even with the generous bitrate allocated. Subsequently, Archer on Blu-ray looks spectacular.

The transfer is very crisp and sharp, although the style of animation is not overly detailed. I did spot some occasional aliasing on some digital animation elements that have clearly been upscaled, but these don't interfere too much. Color balance is very good, with bright and vibrant hues.

Overall, a good transfer, but one that would have admittedly been harder to break than to present well.

The sound design of Archer favors the front sound stage, so this is hardly going to become a new Blu-ray demo disc. It is however perfectly competent and does its job without creating any problems.

Dialogue comes across well, from the talented voice cast. Audio sync is about as good as expected from animation. The surrounds aren't used terribly aggressive, but remain relatively active throughout. The sub channel is called upon at times, but not with any huge bombast. 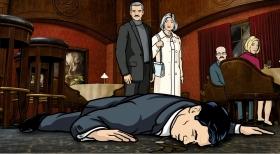 Sadly, Archer Season Three hits Blu-ray with a very scant collection of extra features. The world of Archer has a huge amount of possibilities, but the surface isn't even scratched.

Three episodes feature optional Audio Commentary with series creator Adam Reed, along with various voice artists. Naturally, these are far funnier than they are illuminating - but fans will definitely get a kick out of them.

Next up are a few very brief featurettes; Book on tape Fail which is a thinly veiled advertisement for the tie-in book, albeit one that's fully animated in the same style as the show proper. Cooking with Archer is a three minute parody of cooking shows, and the Gator 2 Trailer, Archer's home-made pitch for a sequel to Burt Reynolds' 1976 feature, is the payoff to the recurring joke.

Finally, we have a three minute Archer Season Three at Comic-con 2012 clip, although it's a real shame that the entire 30 minute panel wasn't included. It is however readily available on YouTube, equal parts funny and illuminating. To quote one of the user comments: "This is the greatest panel ever. It's just like watching the show!" 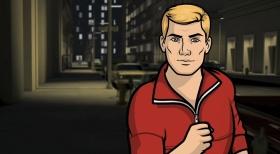