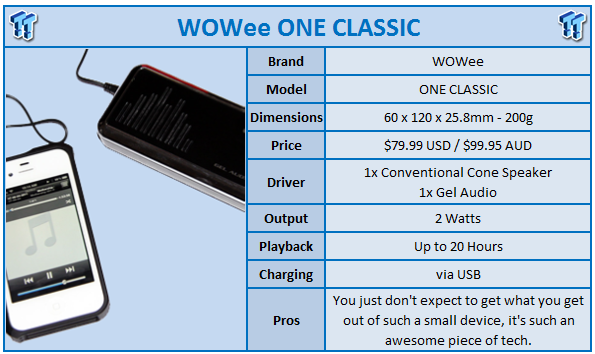 As I stare into what seems like a hollow pit of X79 motherboards, I must say that I'm the first to admit it's nice to step away from them for just a moment and have a look at something a little different. Well, the WOWee One Classic Power Bass Portable Speaker is certainly different and as the long name tells us, it's of course a portable speaker.

Starting with the package, there's not heaps to the WOWee One. Apart from the device itself, we find ourselves staring at a bit of paperwork and a pair of cables that round out the bundle. 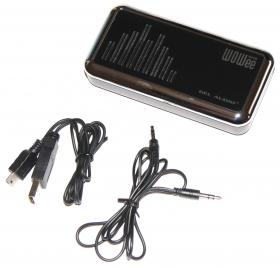 The two cables on hand are a mini USB to USB one and an auxiliary cable. The USB one is used to charge the 3.7v Lithium Ion battery that offers us up to 20 hours of playback, while the auxiliary cable is used to connect the WOWee One with any device that has a standard headphone jack on it.

This puts the WOWee One in that iDevice category with support for iPhones, iPads and of course iPods and this is where I thought the WOWee one was going to be most useful to me. Before we get talking about the performance of the WOWee One, let's take a closer look at the device itself. 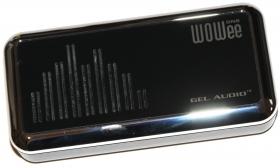 There's not heaps to the 200gram device which comes in at 60 x 120 x 25.8mm. Inside sits a conventional cone speaker that delivers the mid to high frequencies, while the Gel Audio driver delivers the low end bass frequencies. 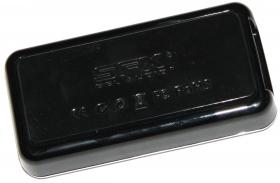 Turning the device over, we've got this massive rubber pad that covers almost all of the device and as soon as you plant the WOWee One on a desk or any surface, you get the feeling that it's not going anywhere. To be honest, one of the places I loved to use the WOWee One was in the car. If you find yourself sitting in the car a bit while waiting for stuff, you can turn the car off and listen to stuff through your iPhone without having to worry about running the battery flat. The small size also makes it really handy as you can just put it in the glove box once you've finished with it.

Taking a look around the WOWee One, you're not going to find much else. The only other notable inclusions are the 3.5mm audio jack and mini USB port on one side. There's no power button and instead when you plug in the audio cable the device turns on and you can see that via a blue LED behind the music note symbol. 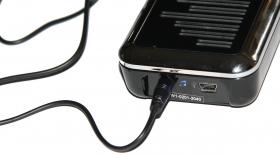 The same happens for the USB side of things. If you plug the WOWee One into your PC to charge it, the little USB icon will light up via the LED behind it. The lack of any power button or syncing makes the device really easy to use; you're only an audio cable away from getting up and running.

The WOWee One really looked the part and on the specification front it looked like it could do a good job. But honestly, words like 'Portable' and 'Bass' just don't seem like they belong together in the same sentence. 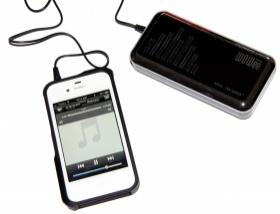 Plugging the WOWee One into my iPhone 4S, though, and firing up some Skrillex, to say I was shocked by the performance would be an understatement. At the bottom of the previous column you get a good idea of the size of the device and the power it puts out is really cool and surprising.

When you think of portable speakers, you think of this slight upgrade from what is in your phone. The amount of times I've cranked my phone up to full volume, though, and still had to put it close to me to hear what's going on, I couldn't count. At 3/4 volume, though, the WOWee one sounds great.

So often you'll find yourself in these situations where you can enjoy music or video playback without the need to be wearing headphones. This is where we see the WOWee One really shine as it really gives you that freedom to enjoy the music you have on hand without needing to wear headphones.

One of my favourite things about the WOWee One, though, is probably the variety of colors that are available. While we've got the Black / Silver combination on hand, we've also got a Matte Black model, White / Silver and White / Pink.

The color combinations really mean we have a WOWee for anyone. If you also hit up the WOWee One Site you can find a bunch of accessories including a case or an adapter pack which makes the WOWee One compatible with a large line of phones from Sony Erricsson, LG, Samsung, Nokia and Motorola, giving even greater compatibility to the device. 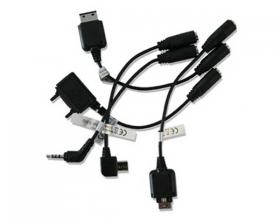 Not everyone is going to need a Portable Speaker and coming in at $79.99 USD / $99.95 AUD, the WOWee One isn't a cheap device. The good news, though, is you can buy it knowing that you're buying a quality device that will probably surprise you beyond your own expectation with the quality of sound it can put out.

The WOWee One Classic Power Bass Portable Speaker ultimately shows us that just because it's a portable speaker, it doesn't have to sound bad and when you get a portable speaker, all you hope for is sound quality that exceeds what the current device is offering. The WOWee one does that in strides.