All NewsBusiness, Financial & LegalCases, Cooling & PSUContests & GiveawaysCPU, APU & ChipsetsDealsDisplays & ProjectorsGamingMotherboardsScience, Space & RoboticsStorageVideo CardsVirtual & Augmented Reality
All ReviewsAll ArticlesAudio, Sound & SpeakersCases, Cooling & PSUCPUs, Chipsets & SoCsComputer SystemsDisplays & ProjectorsGamingMotherboardsNetworkingPeripheralsStorageVideo Cards
GuidesGamingAsk the ExpertsNewsletterAboutForums
Windows 11Halo InfiniteBattlefield 2042Elon MuskGTA 6RTX 3080HDMI 2.1Bitcoin Mining
TRENDING NOW: Largest known comet ever discovered, and we will be able to see it
TV, Movies & Home Theatre
Blu-ray Movies
Your humble TweakTown Blu-ray reviewer is a 24 year old male. To me, the notion of kids is scary enough, not least those possessed by some kind of multiplying virus that causes them to go on a killing spree of those they love. Basically, to me this film is the best contraception that money can buy.

The Children of the film are sweet little kidlets, visiting their uncle and aunt for Christmas on a remote countryside. They clearly love them and their pet cat Jinxie. But when the kids are struck down by a mystery illness, their behavior changes from annoyingly erratic to deadly. Those that can see the disaster unfolding need to flee, but those that can't are in very grave danger.

Evil children have a long cinematic history of horror, from The Children of the Corn, to The Omen. The Children is a fairly well made, albeit obviously low budget flick, with some good performances by the leads, especially the evil kids. I'm just not sure it adds that much to the genre as a whole. 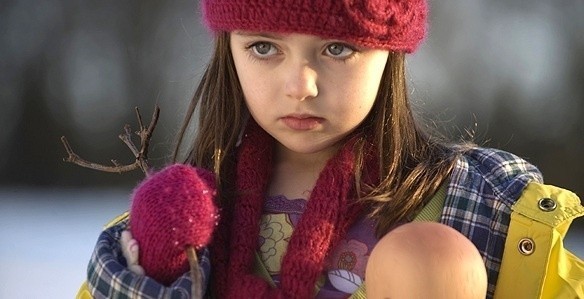 The Children is presented in a widescreen aspect ratio of 1.85:1; its original aspect ratio, encoded with the AVC MPEG4 codec.

For a low budget film, I'm mildly pleasantly surprised at the quality on offer here. Most of the time the transfer is nice and sharp. Colour balance is generally very good. The colour timing in many shots looks relatively untouched, which sometimes makes the film resemble a made for TV feature.

For such a recent film, there's a surprising amount of film artifacts in the form of scratches and white dots on the image. It's even more surprising considering I would have thought that it would have been filmed digitally to keep the budget down - but I couldn't get confirmation on this.

Belying its low budget roots, the sound mix for The Children is not the most aggressive mix ever produced; in fact, it's at times pretty conservative and slightly uneven. Dialogue was mixed a little too low and I had to turn it up a few extra decibels to adequately hear. However, when the action becomes a bit more thick, the audio moves with it, providing a much more enveloping experience.

The score by Stephen Hilton is entirely unmemorable, by-the-numbers stuff, but works well enough to evoke an unnerving atmosphere.

Overall, not a bad mix, but not something you'll want to demonstrate either.

The Children includes a fairly healthy collection of supplements for fans of the film. Let's take a look.

The 20 minute long 'The Making of The Children' featurette is a fairly general purpose documentary that covers a lot of material in a short amount of time. It's a bit concerning to see everyone take the film so damn seriously.

The selection of three deleted scenes are all fairly scant. The first 'The death of Jinxie', shows the dead cat, whose murder by the children was only implied in the final cut.

Five bited sized featurettes are up next, including Working with the children, Shooting on location, Paul Hyett talks prosphetics, Inside Tom Shanklands on set lair and finally, Snow set design. All are brief enough to not lose viewers interest. The latter is the most interesting one which looks at how one goes about creating fake snow and then laying it on a large section of ground. It's also noticeable for having the worst camera work that I have seen for an interview.

Finally, the original theatrical trailer is presented in standard definition. It's a bit of a misnomer considering the film went straight to video in many countries, including Australia, but its inclusion is still welcomed. 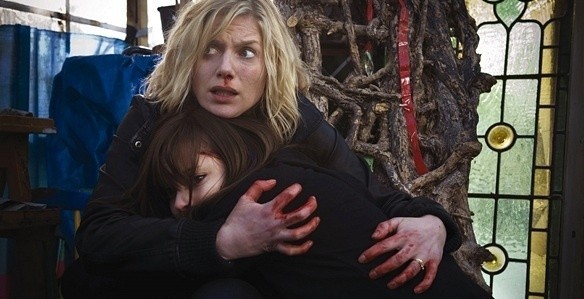