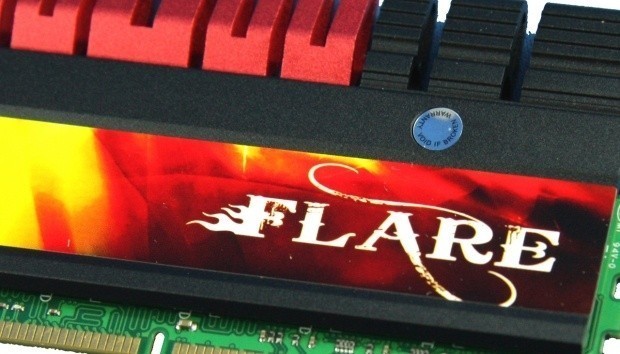 I've had the Flare kit from G.Skill for what feels like forever now. It has been sitting on the top of the to-do pile, but delays with getting an AMD X6 processor and a motherboard capable of achieving the rated speeds meant that the kit kept getting pushed back further and further.

Everything has finally come together and it's time to see what the new Flare series is capable of. PC3-16000, or 2000MHz DDR, might not sound all that impressive in a time which we see kits exceeding 2500MHz DDR. What's different about the kit we're looking at today is the fact that it's designed for AMD systems as opposed to Intel. We've been told that it's a lot harder to get faster kits up and running on AMD systems, but it seems that the new X6 processors have brought new possibilities.

Before we get into the performance side of things, we'll first cover the package and take a closer look at the modules themselves. Once that's done, we'll have a closer look at the specifications and also cover how overclocking went with the kit. Finally, we'll get into the performance itself and then wrap everything up. So without delay, let's take a look at what G.Skill is offering. 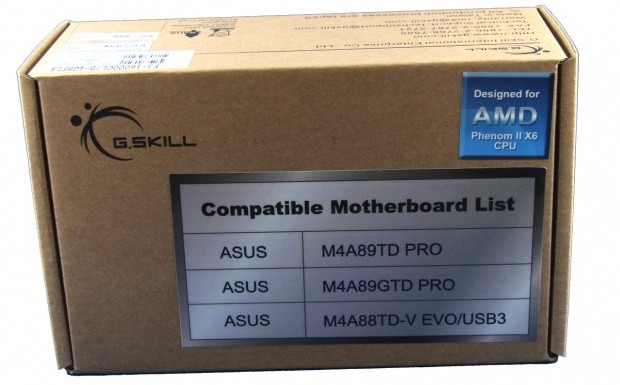 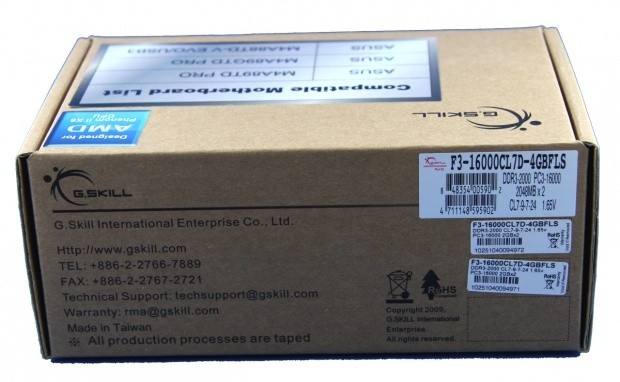 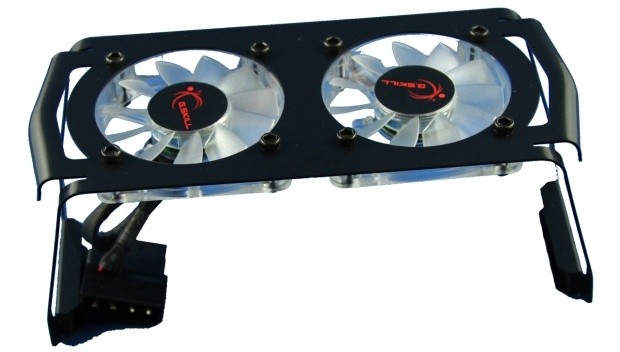 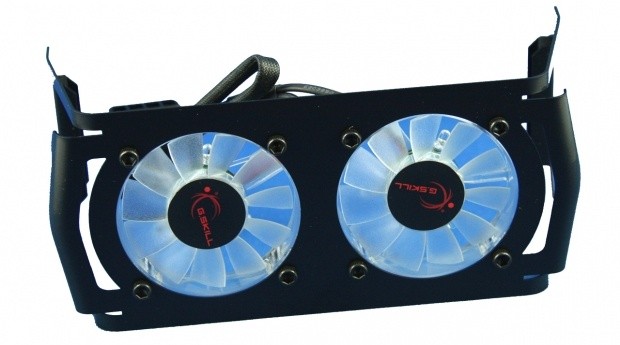 The package itself doesn't have much going for it. We don't mind this all that much as long as all of the important information is present. Along with the modules themselves, a fan is also included that is used to help keep the modules nice and cool. 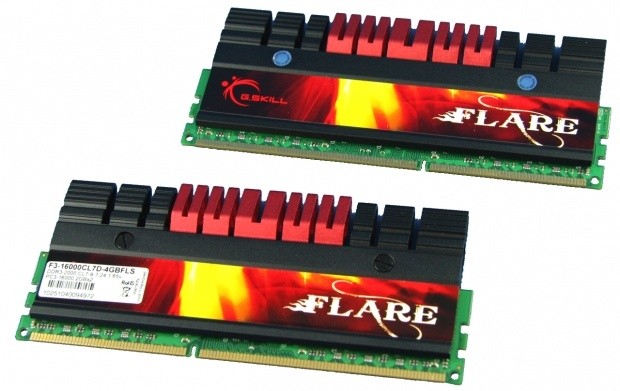 The actual modules aren't anything too fancy. The heatsink design, while slightly different in design to what we've seen in the past, isn't anything too outrageous. We've got the Flare logo on both sides, the G.Skill logo on one side and a sticker giving us the module information on the other side.

The kit as a whole looks and feels good and we like the black and red design. It's a pity that the green PCB looks a little out of place against the rest of the color scheme, though.

G.Skill promises 2000MHz DDR on only a few boards; all of them from ASUS. With our ASRock 890FX Deluxe3 we initially had trouble achieving over 1500MHz DDR. After updating the BIOS we got over 1600MHz DDR, but we were still a far cry from the 2000MHz DDR we needed.

We asked G.Skill what the best board was for this RAM and they said the ASUS M4A89TD PRO was the best pick. With a quick email, we were set up to receive that board. Once the ASUS board was up and running, we managed to get 2000MHz DDR 7-9-7-24-2T straight away. 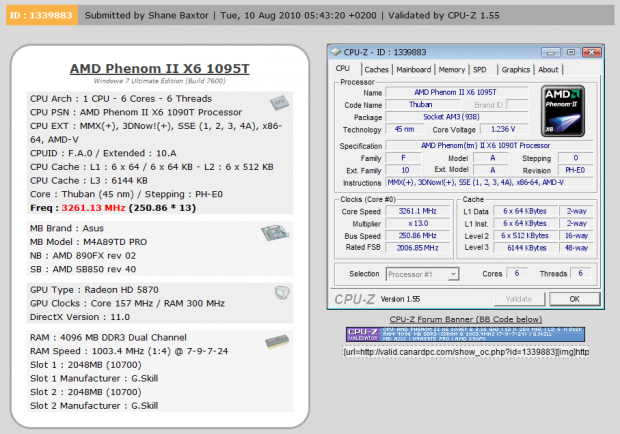 We had been told that 1T should be easy to achieve without changing any of the settings, so that's exactly what we did. Changing to 1T brought with it no issues at all and running our benchmarks was done with ease.

Next we went on to overclocking. While normally we would just stick to the default timings, we thought we would leave the kit at 1T while still using the same 7-9-7-24 setup. 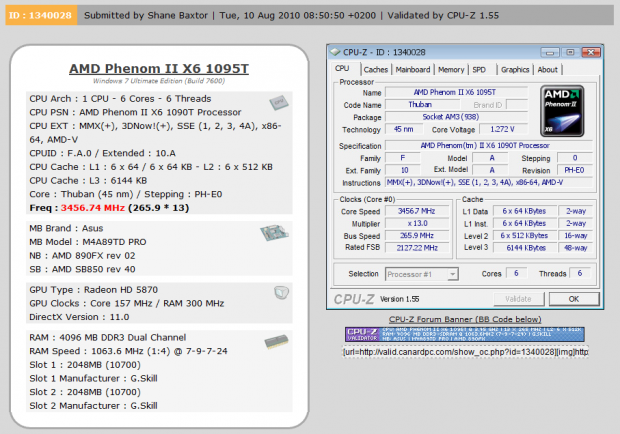 What we ended up with was 2127MHz DDR which is very impressive; not just for the kit but for an AMD system as well. We might've been able to squeeze a few more MHz out of the kit if we went back to 2T, but we thought we would stick to 1T. 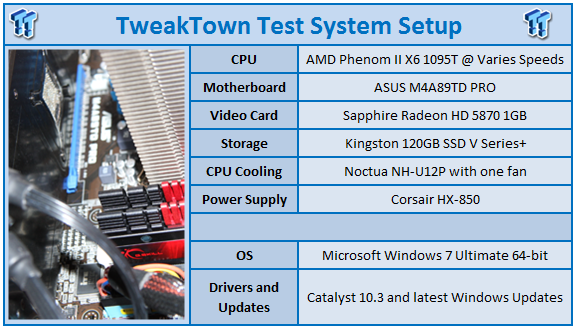 We would like to thank the following companies for supplying and supporting us with our test system hardware and equipment: AMD, ASUS, Sapphire, Kingston, Noctua and Corsair.

Since this is our first AMD rig in a long time, we don't have any other kits on the same system to compare this one against. Instead, we've included some results from our P55 and X58 testbeds using Intel processors. We know that memory performance on the Intel platform is better, but let's see how they compare anyway. We also want to see what kind of performance increase we get as we climb up in speed. 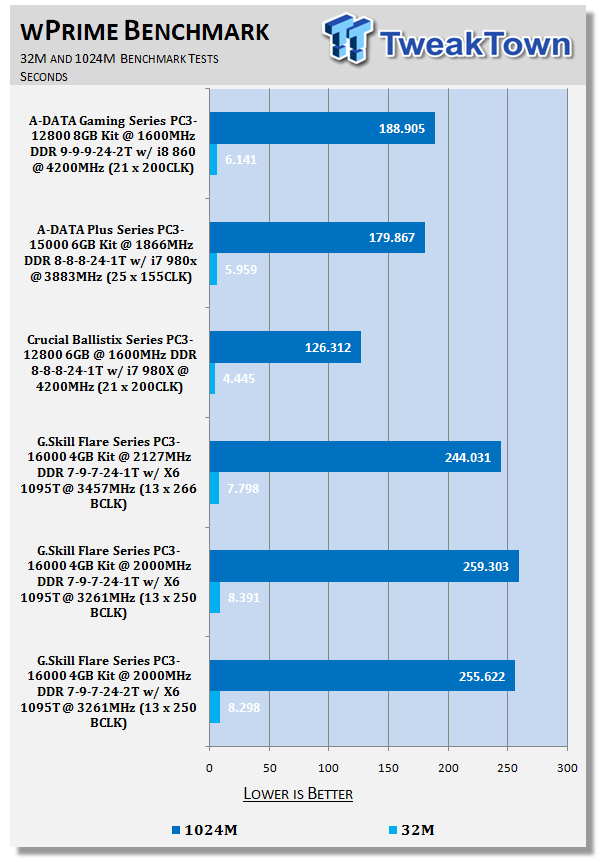 We're a long way away from our Intel setups, but you can see that as we increase the speed of our CPU there is a nice little performance improvement. 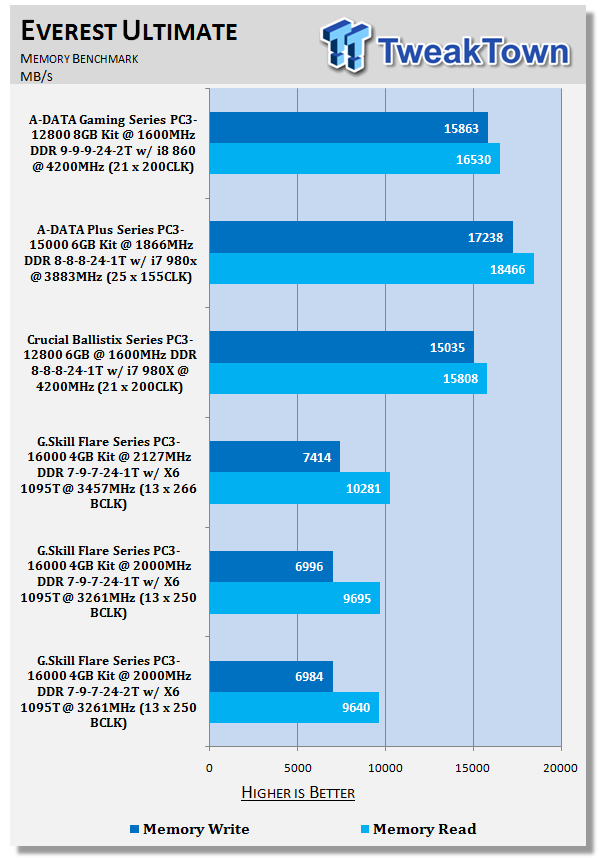 Moving from 2T to 1T brings a little boost, but the best gains are seen when we move over 2100MHz DDR. 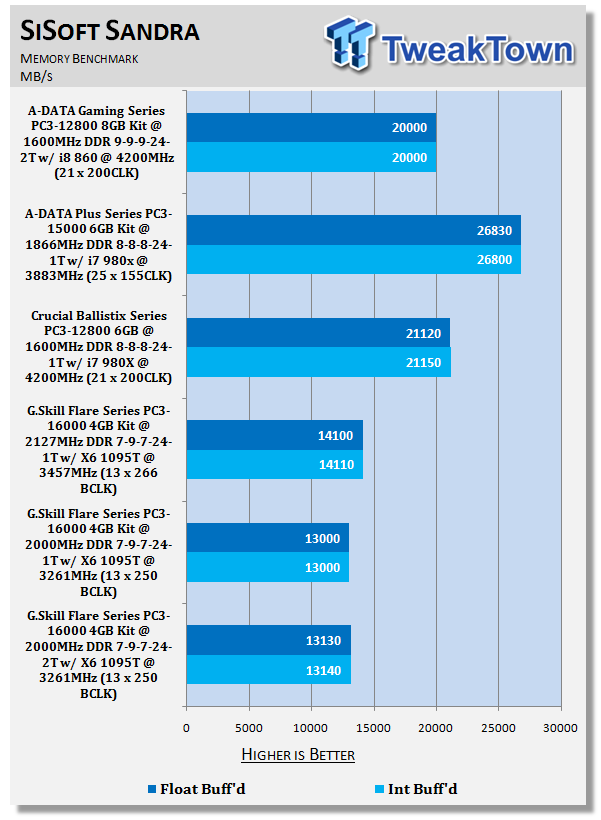 Here we see that 1T and 2T show barely any difference; moving to over 2100MHz DDR again brings the best performance. 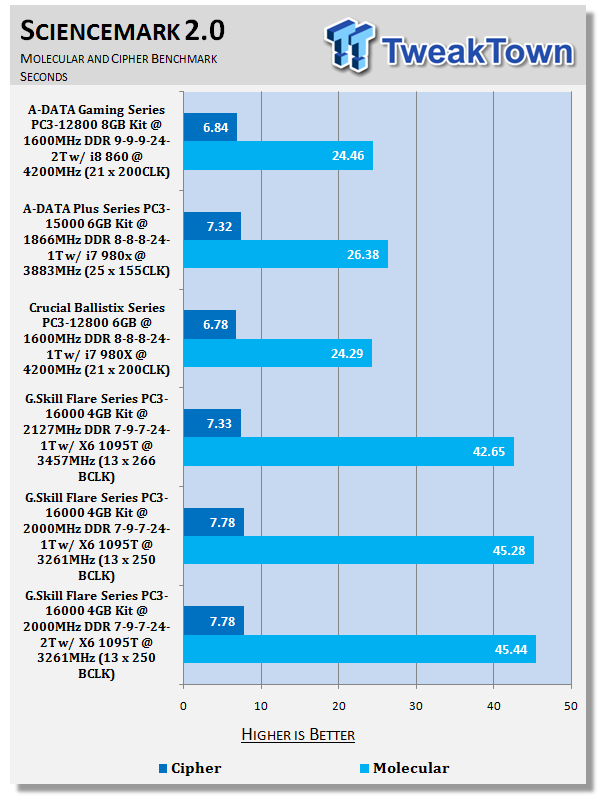 Since ScienceMark mostly concentrates on the CPU, this benchmark is favoring the Intel systems. Looking at the Flare kit by itself, we see performance does become better as speed is increased. 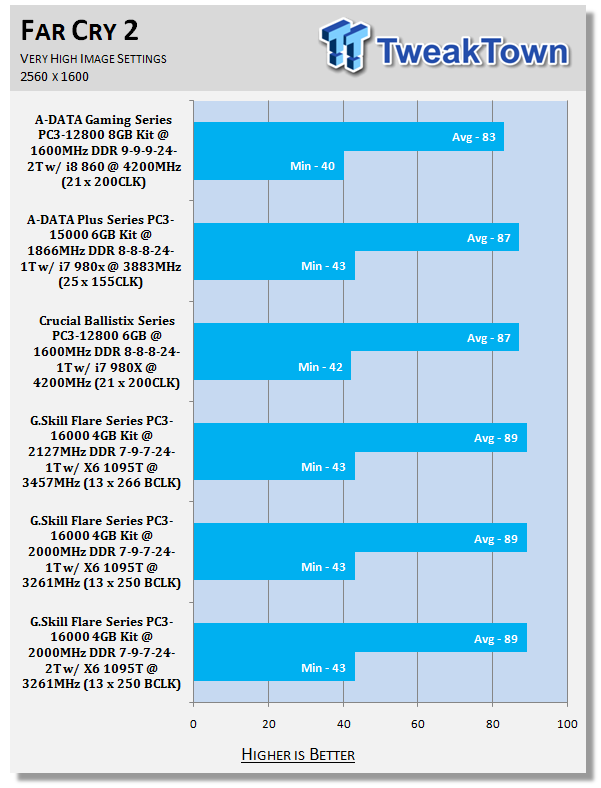 When push comes to shove in gaming performance, it's interesting to see that the AMD system is able to put out similar, and sometimes better, numbers when compared to some of the other setups here.

In comparison to the Intel platforms, the Flare kit doesn't shine as brightly because of the way the AMDs handle memory.

In the event we can't source a price from either, the product will not receive a TVR rating. As with our TPR graph, the amount of memory kits on the list will grow over time and the price of the model won't change from what it was when first reviewed. For this reason, the U.S. $ price that the kit is based off will be included next to the name of the model.

While the Flares may look quite slow compared to Intel when looking at raw performance, the kit still carries some excellent value thanks to its low price tag.

The Flare Series CL7 PC3-16000 kit we're looking at today is a great kit. While it might not look impressive when compared to some other kits running on Intel based platforms, the bottom line is that AMD and Intel aren't on the same level when it comes to memory performance.

Good quality and good speeds on the platform the kit is designed for means this is a good kit. If you're serious about your X6 platform, then I wouldn't hesitate to recommend this kit to you.

The biggest problem for the Flare series is that AMD continues to be fussy when it comes to high speed memory. Outside of the boards that G.Skill recommends, we can't promise that you'll achieve the same speeds.

If you're looking to build an X6 gaming machine with one of the listed ASUS boards, this is going to be a great kit of memory to accompany it. One of the best features is that you're not really paying a premium for the kit. At $179.99 over at Newegg, this kit is well priced considering the speed and timings.