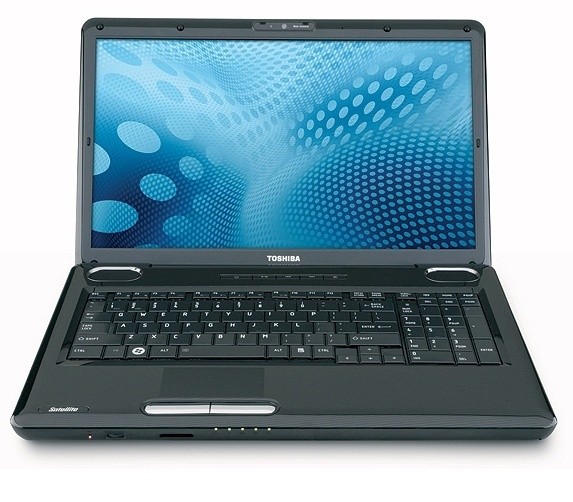 
Today I am looking at one of the latest notebook offerings from Toshiba. Toshiba has been offering some nice notebooks for a long time now, but it's one of the smaller of the major computer makers. As one of the smaller firms in the industry, Toshiba tends to aim at the mainstream market with good pricing and decent performance.

That also means you don't typically see an all out record setter from the firm and the Toshiba Satellite L555D-S7930 I have on my bench today is just such a machine. The notebook is no slouch in performance and it carries a very nice price tag.

If you are in the market for an AMD based notebook with a big screen, decent performance and a good price, this notebook is certainly worth a look. Come along with me as I see what makes the Toshiba Satellite L555D-S7930 tick and find out if it's right for you.

The Toshiba Satellite L555D-S7930 I am looking at today is an AMD machine with a dual core processor, 3GB of RAM, a 17.3-inch screen and more. The machine retails for $619.99. Check out the full specifications below. 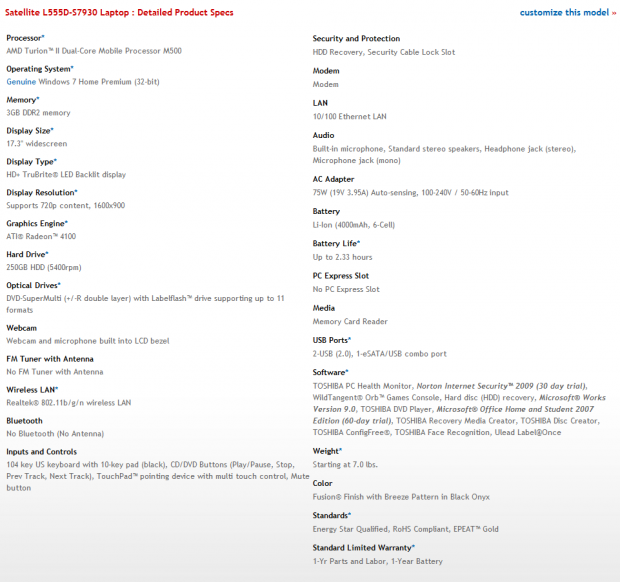 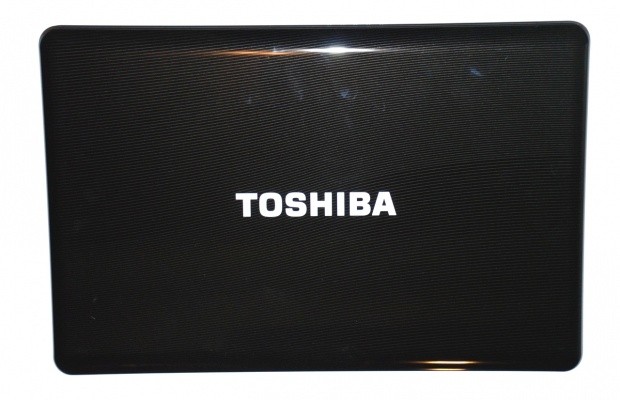 The lid of the Toshiba Satellite L555D-S7930 is glossy black and has some bronze stripes on it. It looks nice, but catches lots of fingerprints.

The bottom of the notebook has cooling grates and covers for the RAM and HDD bays. The battery is rather small looking for such a large notebook.

The right side of the notebook has the optical drive, power port, modem port and a pair of USB ports along with the Kensington lock port.

The back of the machine has nothing to see but the hinge for the screen.

The left side of the notebook is dominated by a large heat vent. This side also has the eSATA port, headphone and mic jacks, VGA out and RJ45 port. That long slot above the eSATA port looks like a PC Card slot, but it's a blank on this machine, or it's glued down.

The front edge of the notebook has the memory card reader, various indicator lights and an analog knob for volume. 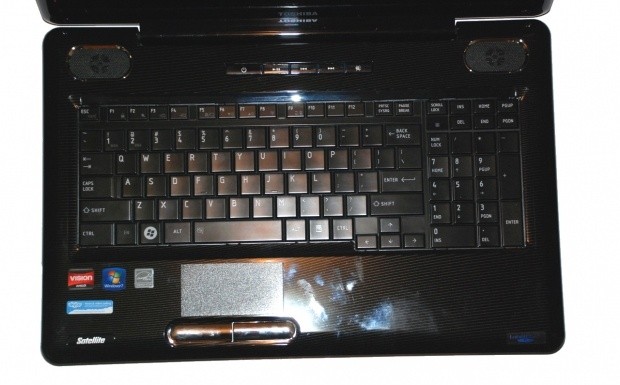 The keyboard on the Toshiba Satellite L555D-S7930 is well spaced and has a full number pad. The track pad works well and you can see the pair of speakers the machine has as a sound system here, too. 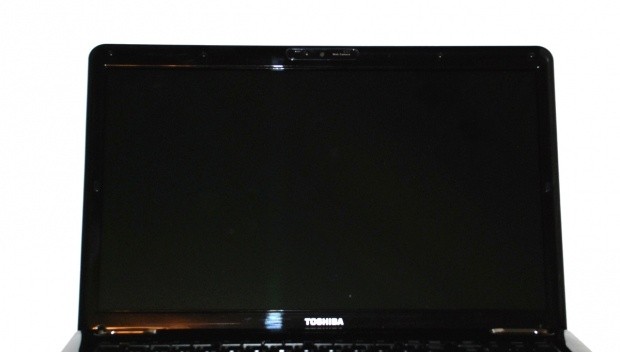 The glossy screen is big and bright, but multimedia streaming isn't the rigs forte, as you will see later. 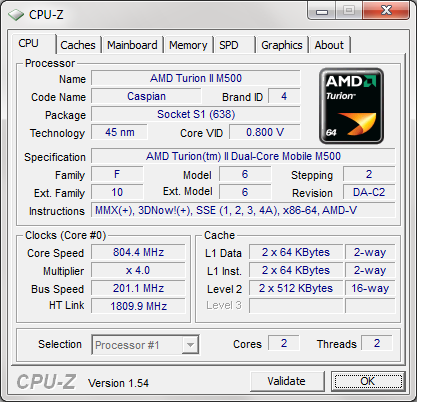 We will be using our iTunes encoding and Battery Eater Pro tests for the Toshiba Satellite L555D-S7930 review today. Our media encoding test has been changed up with a new application that offers better compatibility across the range of machines I am testing. I will be using MediaCoder 0.7.3.4616.

All systems are tested "as is", which means operating systems and drivers can and do vary and some come pre-installed with applications that may or may not affect performance. Any anti-virus or security applications are disabled and uninstalled before any testing is started as they can affect test numbers.

The first test up is my iTunes encoding test.

For the iTunes encoding test I take the Stone Temple Pilots Core CD in MP3 format and encode it to AAC format using iTunes and time the results with a stopwatch. 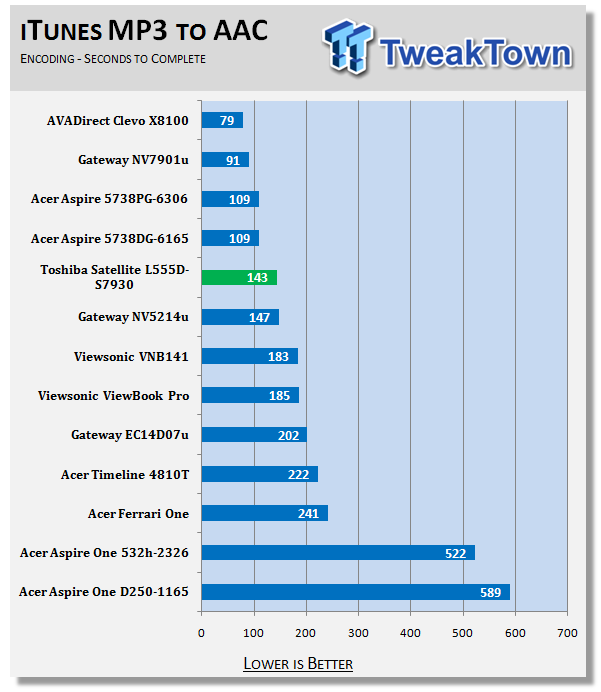 The Toshiba Satellite L555D-S7930 cracked the top five in this benchmark.


For the movie encoding test I take the Microsoft Magic of Flight VC-1 WMV video with six channel audio (1080p HD) and transcode it to XviD (1080p HD) with LAME MP3 two channel audio and a MP4 container using MediaCoder 0.7.3.4616 32-bit edition. Note when comparing times, this is the first benchmark I have done with the new software I will be using going forward. 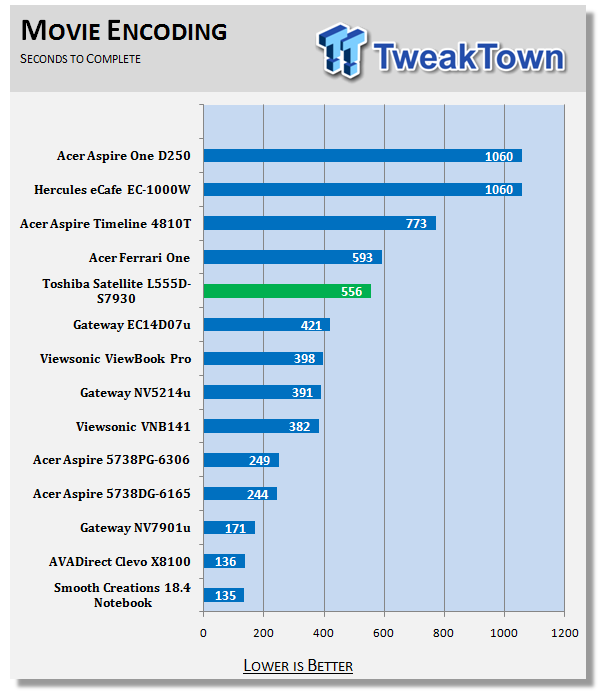 The Toshiba Satellite L555D-S7930 was in the bottom five in this test, which is to be expected considering the price point it sells at.


Battery Eater Pro is very hard on batteries so you are likely to get more run time in the real world, depending on how you use the machine. Since we compare all laptops and netbooks the exact same way, though, it creates a fair and balanced playing field for our comparisons. 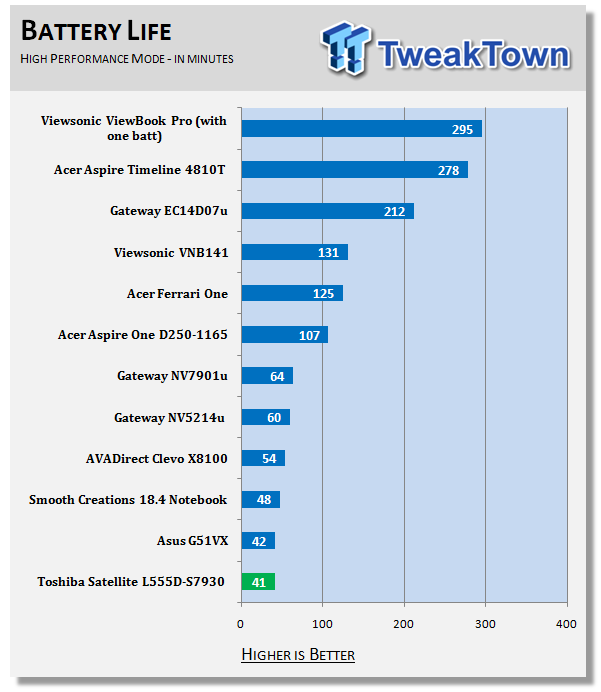 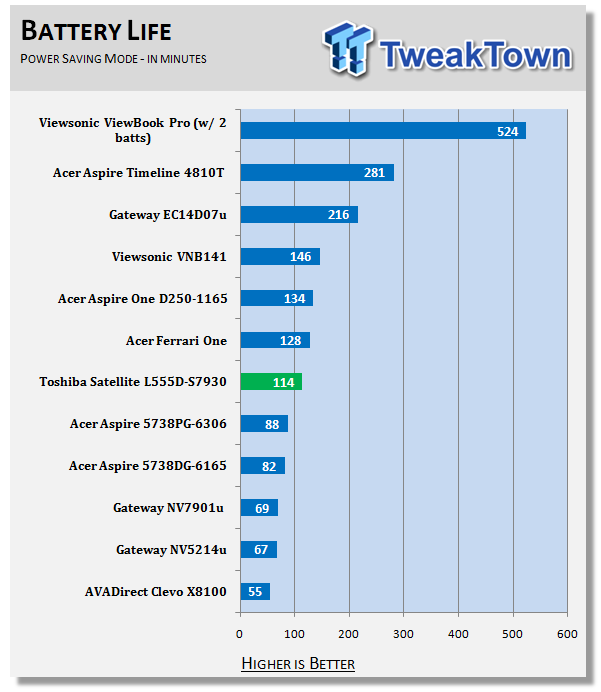 Cheap machines tend to come with small batteries that have low capacity and that shows in the High Performance test with the Toshiba Satellite L555D-S7930 taking dead last in the benchmark. However, Toshiba's Eco mode did help the machine score a mid-pack finish on our power saving mode test.

I am not running 3DMark Vantage on this notebook since it is not a gaming rig. 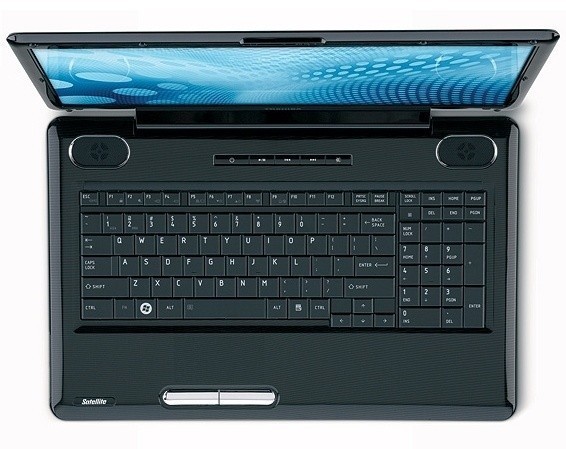 You might be fooled into thinking the Toshiba Satellite L555D-S7930 is a multimedia rig with the big screen, but it's lacking in the multimedia department. Streaming video from Hulu was a stuttering affair that made the episode of House I wanted to watch unbearable. The stuttering was bad enough that I hooked the notebook to my wired network to see if wireless was an issue and the results were no better. The Toshiba Satellite L555D-S7930 simply lacks the graphics muscle to produce smooth video in HD or standard resolutions.

The big screen also means a big keyboard and the Toshiba Satellite L555D-S7930 has a nice one. The keys are large and well spaced with good tactile feel and slight clicks as they are pressed. The full number pad will be a nice feature for anyone who does lots of number crunching. The sound system is average for the notebook class. It has ample volume, but the sound is flat and lacks bass. This is a common fault with 99% of all notebooks I test.

The track pad is in the wrist rest area and is situated a bit left of center and has a nice texture to it to set it apart from the smooth and glossy wrist rest. The track pad is accurate and the buttons have a nice tactile feel. I already mentioned that streaming video from Hulu left a lot to be desired. The screen had noticeable pixilation with video as well. However, color reproduction was good. The viewing angles are tight, though.

Sitting directly in front of the screen, colors are sharp and bright. If you stand up or move much to the left or right of the screen the colors fade and things start to look much worse than when right in front of the machine. That means if you and a couple friends try to bare the stuttering video, the folks on the sides will not have a good picture.

If what you are looking for is a machine with a large keyboard and a big screen to make you more productive in the home or office setting for surfing the web or doing word processing, the Toshiba Satellite L555D-S7930 is more than capable.

The video stuttering issue is a letdown; many will expect this notebook to stream some video at one time or another. At this price, you simply won't get a powerful GPU that is muscular enough to decode HD video. The notebook user who cares nothing for media and simply wants a budget notebook to work on with a big screen is the target market for the Toshiba Satellite L555D-S7930 and will be well served.