All NewsBusiness, Financial & LegalCases, Cooling & PSUContests & GiveawaysCPU, APU & ChipsetsDealsDisplays & ProjectorsGamingMotherboardsScience, Space & RoboticsStorageVideo CardsVirtual & Augmented Reality
All ReviewsAll ArticlesAudio, Sound & SpeakersCases, Cooling & PSUCPUs, Chipsets & SoCsComputer SystemsDisplays & ProjectorsGamingMotherboardsNetworkingPeripheralsStorageVideo Cards
GuidesGamingAsk the ExpertsNewsletterAboutForums
RTX 3090RTX 3080RTX 3070RTX 3060HDMI 2.1Bitcoin MiningBattlefield 6Fallout 76 2021
TV, Movies & Home Theatre
Blu-ray Movies
By the time of the release of the final installment in the Lord of the Rings Trilogy, it was a bonafide cultural establishment. No longer could book lovers stake sole claim to the characters and story; film lovers took to it with open arms, embracing the solid direction, became emotionally invested in the characters and marveled at the (still amazing) visual effects. Even the Academy of Motion Picture Arts and Sciences took to the film, awarding it 11 Oscars including Best Picture.

Whilst Frodo continues his trek to the pit of Mt. Doom to destroy the One Ring, the eye of Sauron is closing in, summoning all manner of evil to thwart his goal. The twisted Gollum continues his murderous intent, leading him on a trail to certain death to once more claim the ring as his own. Weary from battle, the world of Men engage in the last stand against the Orc army amassed to ensure their extinction. The board has been set and the pieces are moving; the stakes far higher than anyone could have foreseen.

A masterpiece for the ages, Return of the King caps off an amazing film series, which transcended its genre and has truly become one of the few films made in the last few decades that can genuinely be termed classic. 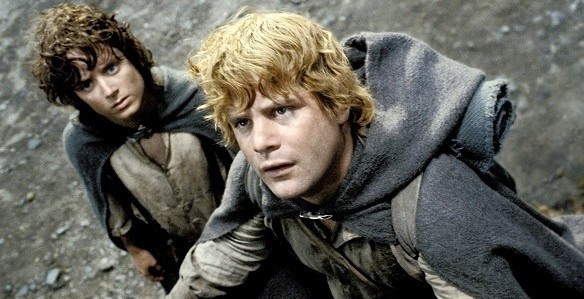 The Two Towers is presented in a widescreen aspect ratio of 2.40:1.

Of all the Lord of the Rings films, Return of the King fares by far the best, jettisoning many of the issues that plagued the first and to a lesser extent, the second films. Gone is the infrequent use of DNR, replaced with a very crisp image. The bright hues of the colour palette are very conducive to the enhanced HD colour spectrum, resulting in an inherently better image than previous releases.

If all the Lord of the Rings movies looked like Return of the King, reviewers would be out of a job. Spectacular.

I was impressed with The Two Towers. I am even more impressed with Return of the King. From beginning to end, the film is constant action and battle and the audio track does a spectacular job of putting you right in the thick of it. Bass is deep and low (if anything, probably a little too low) and ever present. One of the 11Academy Awards was bestowed for sound design and the Blu-ray allows the effects to be heard with clarity previously unmatched. The music score by Howard Shore is once again a stand out, bringing all the themes together in one final glorious cacophony.

Overall, just like Fellowship and Towers before it, this is truly a massive improvement over the DVD; you'll not be wanting to watch that again.

The U.S. release of the Blu-rays have also included a second DVD of content; the same disc of extra features from the theatrical cut DVD. I've been informed that Village Roadshow have only made this edition available to retailer JB Hi-Fi in Australia.

What we do have is four Theatrical Trailers, all presented in high definition and a trailer for the game Aragorn's Quest in standard definition.

Overall, a pretty disappointing collection of extras. But the feature rich extended edition DVD's are still around and no doubt the Blu-rays will be revisited, probably multiple times in the future. 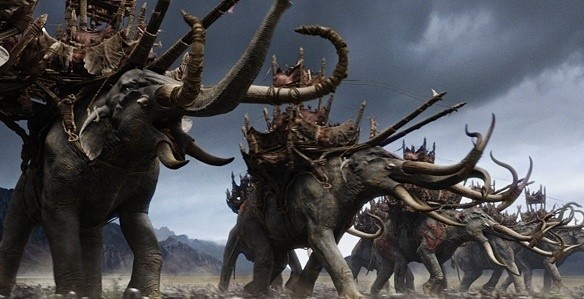