When I think of memory companies that want nothing but speed, only a few really come to mind and one of them would have to be G.Skill. While so many companies these days produce high end memory, we only really see a few leading the pack and when I say that I mean we see the same few companies ahead of everyone with most other companies playing catch up when it comes to speed.

G.Skill came out of nowhere a few years ago which is what most memory companies tend to do. Unlike many others, however, they've stuck around in the sense that we see them in overclockers machines everywhere as being the memory to use. The only other company that probably seems as dedicated to memory speed would be Corsair; both companies execute new models with speed and precision.

While most companies are sitting around the PC3-17600 mark these days, G.Skill as always has kicked it up a notch with a PC3-19200 kit and a PC3-18400 one which we have on hand today. Like most high performance memory kits at the moment, the modules are aimed at P55 platforms due to them coming in dual-channel packets. Let's have a look at the package before having a closer look at the modules themselves. 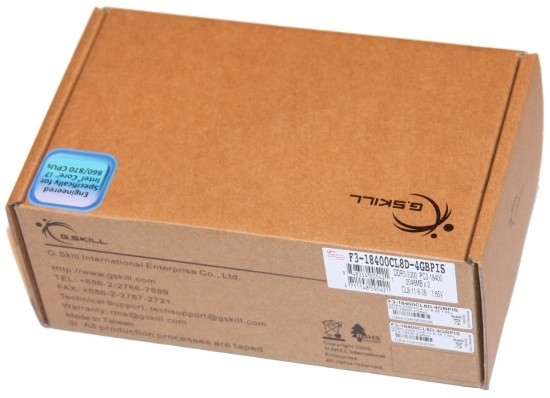 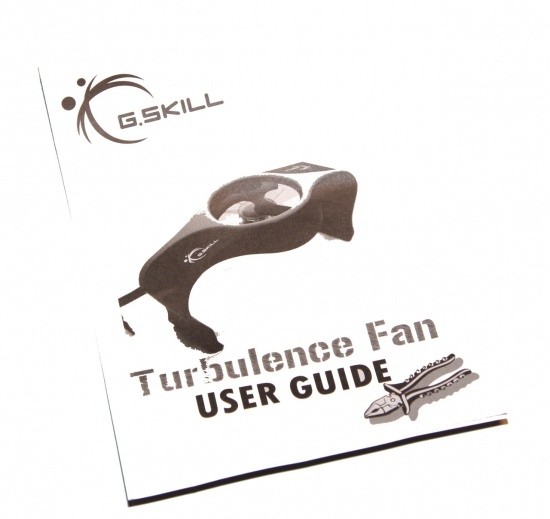 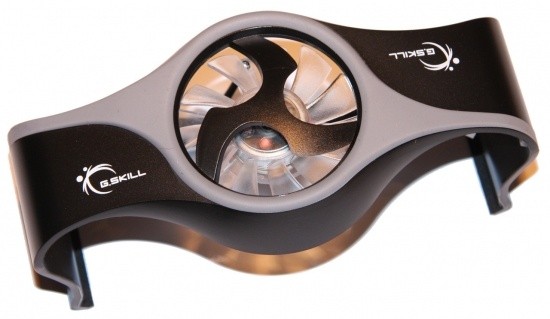 The packaging while being pretty boring does give us all the details we really need. You can see on the side we've got a couple of stickers that let us know all the important specifications.

As for the inside, we've got a manual about the Turbulence cooling fan and of course the fan itself which helps keep the modules running as cool as possible so that we can achieve the biggest overclock.

Like most of the high end kits we've seen from G.Skill lately, this one again sits in the PI Series which has quickly become a recognized series thanks to its high quality and insane speeds. As for the heatsink design, it's not really anything we haven't seen before with a fairly standard fin setup. 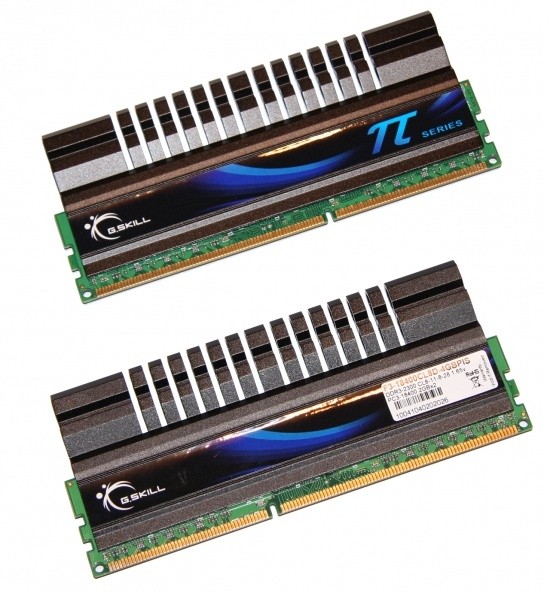 As for the modules themselves, there's not a whole lot to see. Both sides have the same sticker on it with one showing the PI and G.Skill logos while the other only showing the latter thanks to a sticker covering the series logo. 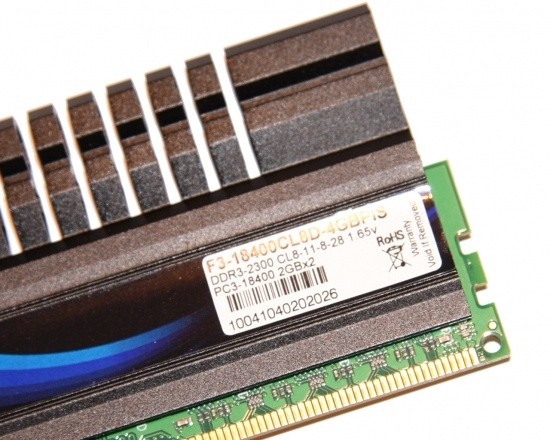 When it came to getting the stock speeds I didn't have a care in the world as I already know the P55 ASRock testbed is good for at least 2400MHz. Getting into the BIOS, setting up the speed and timings, it came as no surprise that we booted straight away and got into Windows without a single issue. 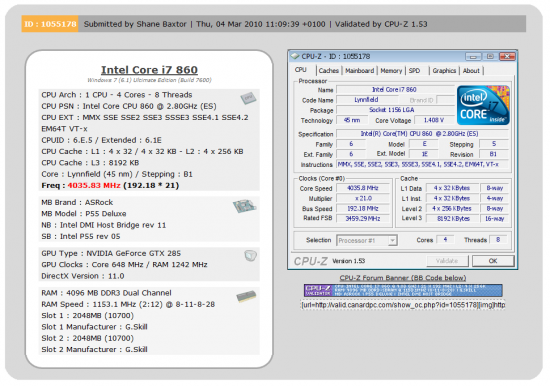 As far as timings go, the kit is semi-relaxed due to the high default speed of the kit. Having a look in the above screenshot you can see our kit at 2306MHz DDR with the default 8-11-8-28 timings. As always, though, we try and spend a bit of time to see if we can get more out of the modules and the good news was that we could. 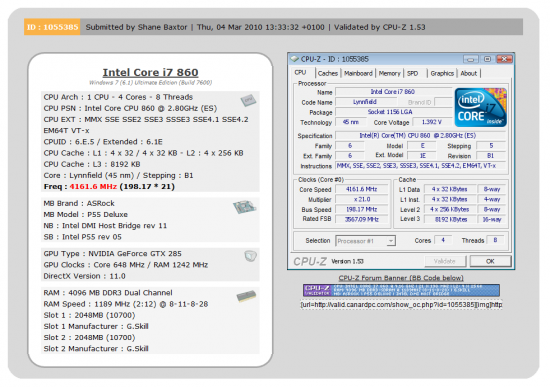 Leaving everything at default including the 1.65V, we managed to bump our memory speed up to 2378MHz DDR which is indeed very nice at the standard 8-11-8-28 timings. This of course meant that our CPU speed went up which is something we always appreciate as well.


When it came to having a look at how the PC3-18400 kit from G.Skill performed, we compared it against the G.Skill RipJaws and A-DATA X Series kits which are both PC3-16000, while also throwing in the Kingston Hyper-X PC3-17066 kit.

As always, we've included the same kit in its overclocked form to find out what kind of extra performance we can get from the kit when we jam some more MHz through it.


Important Note: When modules are overclocked we adjust the BCLK which not only lets us fine tune the MHz out of a module but in turn increases the overall CPU clock speed. While we always make the effort to include the BCLK and CPU Speed in our graphs, please just make sure that you make note of these when looking at the results. In some tests that don't purely test the memory speed the extra MHz on offer from the CPU can increase the result. Of course, it's also worth noting that having faster memory gives you the ability to run your CPU at a higher speed. 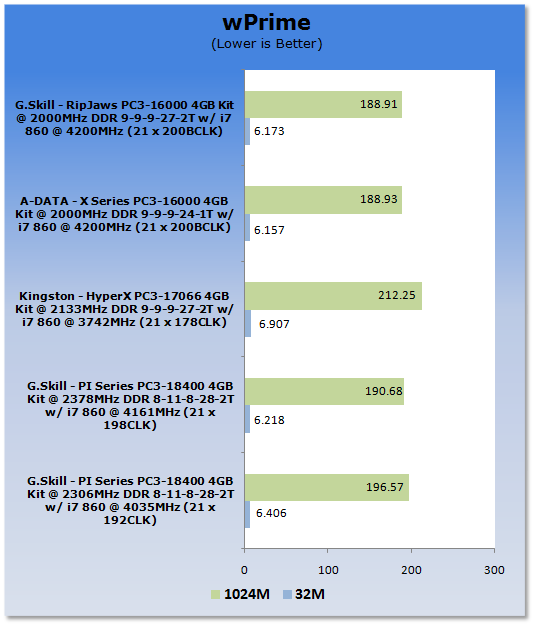 Under wPrime we can see that the kits that offer us more MHz on the CPU are able to pull out the win here. As we overclock the G.Skill kit and we get closer to that 4200MHz CPU clock, performance is right on top of the PC3-16000 kits that are running at 4200MHz. 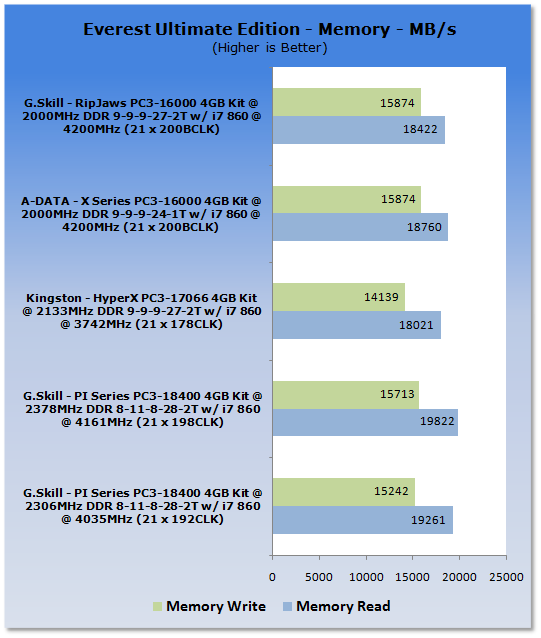 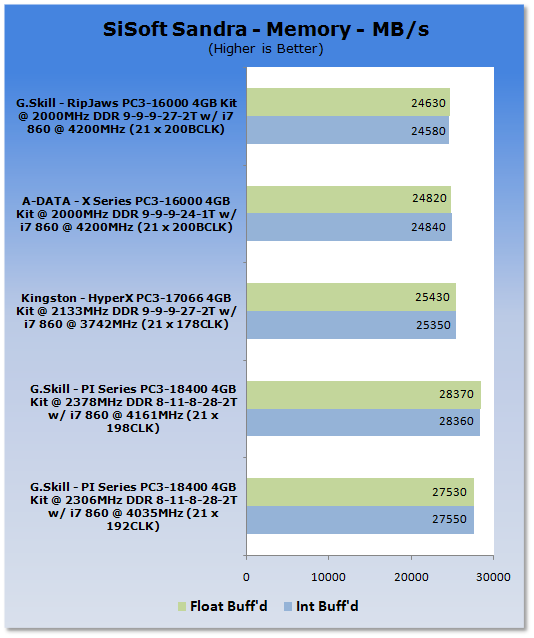 Sandra does a great job of ignoring the CPU speed and just giving us the memory bandwidth. We can see here at 2306MHz the kit out performs everything else. When overclocked, though, those numbers become even greater and the margin becomes even bigger. 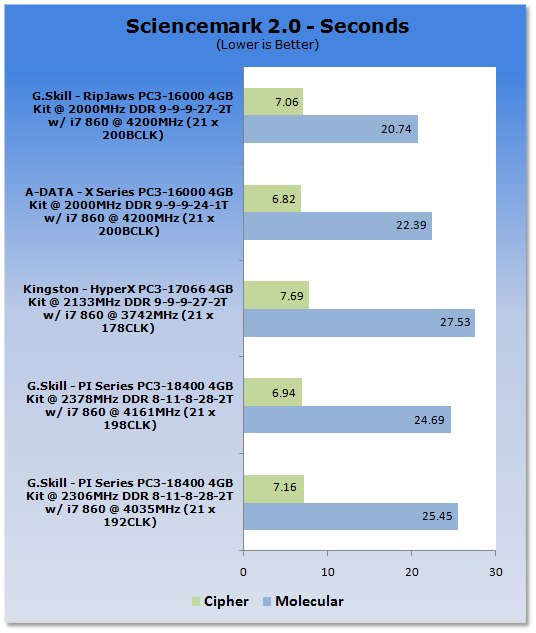 Sciencemark loves the extra MHz on offer from the CPU and here we again see the G.Skill kit fall a little behind its PC3-16000 competitors which are running a higher CPU speed. Again, though, when we overclock the G.Skill modules which in turn increase the CPU speed, we see a nice little performance increase. 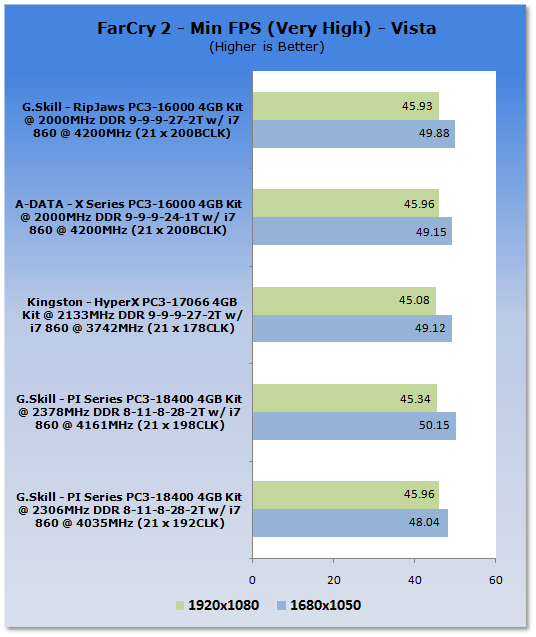 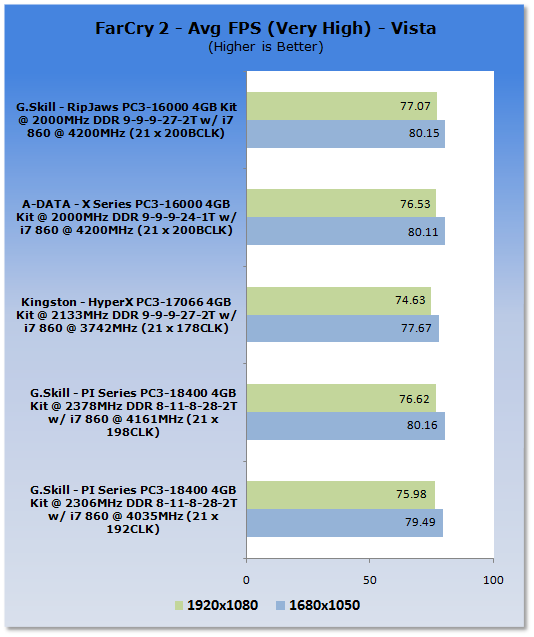 When it comes to gaming we can see that the extra couple hundred MHz on the CPU and the extra memory bandwidth does very little with all setups sitting quite close to each other.

It's clear why the PI Series have become a hit for G.Skill. At around $200.00 it's not a cheap kit with it coming in anywhere from $40 - $70 more expensive than a PC3-17600 kit from G.Skill and other companies. At the same time, it's not insanely expensive either which is typical of G.Skill. What we again see is an extremely fast memory kit that doesn't carry with it too crazy a price.

As always, though, with these high performance memory kits it's important that you do have a bit of an understanding of your BIOS so you really can get the most use out of this memory. Throwing them in your system and running them at 1333MHz DDR is just a complete waste of time and money, so if you don't know what you're doing try and find a friend who can quickly jump in the BIOS and make sure you get the most from the RAM.

Looking at the price; throw in the Turbulence cooling fan and check out the speed the kit is capable of and you're got yourself another fantastic kit of RAM from G.Skill which while not breaking the bank, will break the sound barrier.

You've got the perfect balance between performance and price when looking at this kit. Look at the fact that the heatsink design feels fantastic and it's just really hard to fault this kit.

If all your friends are running around with PC3-16000 memory and you want to have some more speed, skip the PC3-17000 stuff and check out these PC3-18400 modules from G.Skill. With some luck you might find yourself climbing towards 2400MHz DDR as well.