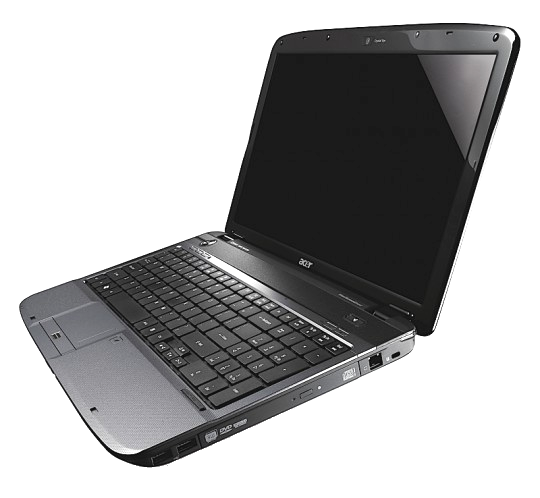 The idea of a touch screen is appealing to many of us, but are we ready to shed our mice and go touch screen only for our notebooks? Read on to find out of the Acer Aspire 5738PG-6306 has what it takes in the touch screen department.

The Acer Aspire 5738PG-6306 I am checking out for you today comes in one configuration only. The machine sells for the same price as the Aspire 5738DG-6165 3D notebook I recently reviewed -- about $780 on Amazon.com. Check out the full specifications of the notebook below (click to enlarge). 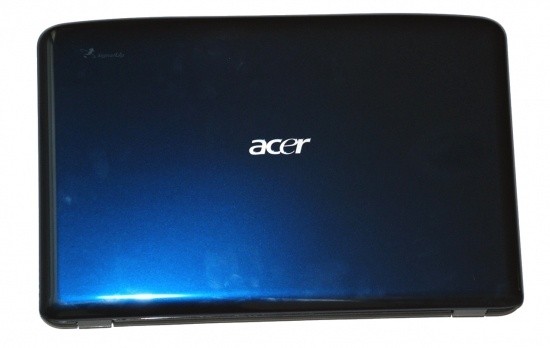 The Acer Aspire 5738PG-6306 has the same glossy blue lid that we are used to seeing on several other computers that catches fingerprints and smudges like a sponge.

The rear of the computer has nothing to speak of other than cooling grates.

The right side of the notebook has the AC adapter port, Ethernet port, HDMI out, VGA out, dual USB ports, and the audio ports.

The left side of the notebook has two USB ports, the optical drive, a Kensington lock port, and the modem jack.

The front edge of the notebook has the memory card reader, unlock tab for the screen and cooling grates. 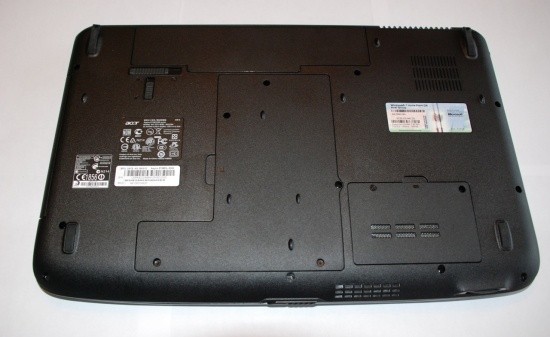 The bottom of the notebook has the battery and covers for the HDD and RAM slots. 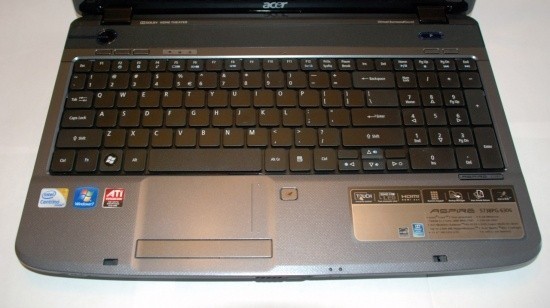 The keyboard is a chicklet style with all the keys in their expected places and it sports a full number pad. 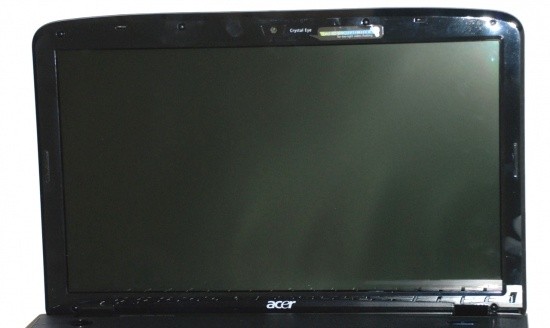 The screen of the Acer Aspire 5738PG-6306 is highly glossy and sports touch technology inside.

It's time for the benchmark section of the review. The Acer Aspire 5738PG-6306 I am reviewing here and the Aspire 5738DG shares much of the same hardware. The screens are the only real difference meaning that the performance is virtually identical. The first test up is Battery Eater Pro.

The first benchmark for the notebook is Battery Eater Pro. This is a particularly rough test on battery life. For the max performance test, I ran the notebook with all power saving features turned off and the screen at 100% brightness. For the Power Saving mode test I used the same settings but turned screen brightness down to 50%. Check out the chart below for the scores; battery life is not the notebook's forte. 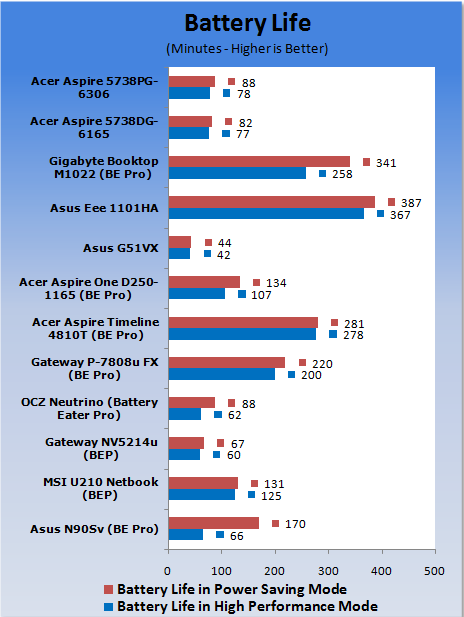 The next test up is my iTunes encoding test where I take an MP3 version of the Stone Temple Pilots Core album and encode it to AAC format. The process is timed with a stopwatch to get the score. Check out the chart below for the test results. 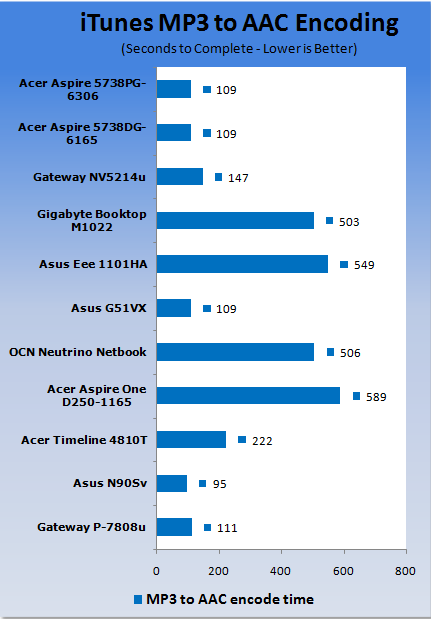 The final benchmark is my movie encoding test where I take the 1080p Magic of Flight video from Microsoft and turn it into a DVD quality video with CD quality sound. Check out the chart below to see how well the notebook did. 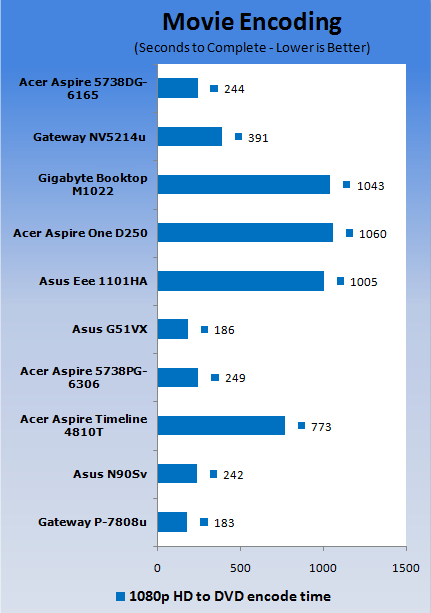 The touch screen works well and does exactly what you expect it to do. The only real issue I had with the screen was that I had to touch things a bit above where my eye told me to touch them. The issue was particularly annoying when trying to pick selections from a drop down list online. After using the Acer Aspire 5738PG-6306 for a bit I got used to where you need to touch items to activate them and things went smoothly.

A touch screen is much better in many instances than using a track pad, but when you need a track pad the Acer Aspire 5738PG-6306 has a very good one. The track pad supports gestures for scrolling and zoom. Two fingers scroll, one finger moves the cursor, and pinch gestures zoom in.

The keyboard is the same chicklet keyboard Acer uses on many of its similarly sized notebooks and there is nothing wrong with that. The keyboard has good typing feel and is laid out well with the keys in the correct places. The keyboard also has a full number pad.

The Acer Aspire 5738PG-6306 is a very nice notebook with loads of performance and the touch screen works well and is very usable for the average computer user.

The screen could have a bit more accuracy in some situations, but overall the Acer Aspire 5738PG-6306 performs well and is a great little machine.