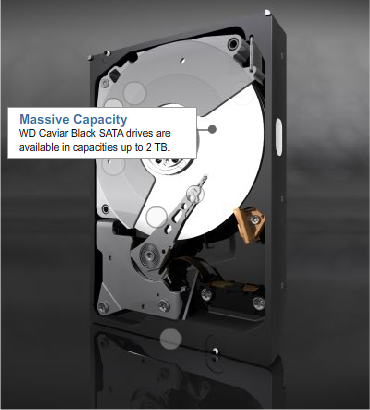 
When Seagate sent over their new SATA 6 Gb/s Barracuda XT 2TB hard drive we were caught off guard. At the time I was neck deep in enterprise products and working with LSI on their new RAID controllers. If the Caviar Black 2TB drive would have been tested before the Barracuda XT, would our final thoughts have been different than they were? Today we are going to put the two drives head to head in a battle of the two flagship 2TB, 7,200 RPM contenders (for your 299.99 each).

We have already tested two 2TB drives from Western Digital this year. The first drive was the Caviar Green. The Caviar Green performed very well, but we didn't like its 299 Dollar price. Since then Newegg has lowered their price on the Caviar Green 2TB and you can now pick up the Green version for 139.99. At that price the drive made our Holiday Gift Guide as a must have (or receive).

Our second 2TB drive review from Western Digital was the RE4-GP, an enterprise class drive meant for near line, NAS and general enterprise duty. While testing the RE4-GP we found that the drive was a little slower than we expected, but once paired with another drive in RAID it was like someone flipped the switch. In RAID, what the RE4-GP was designed for, the drives really came alive, especially in our server tests.

Today we are looking at Western Digital's third 2TB HDD, the Caviar Black. As with all of the company's latest products, the Caviar Black packs a lot of exciting technology, some of which has carried over from their enterprise line-up. Let's have a look!

Compatible - We perform tests on hundreds of systems and a multitude of platforms in our FIT Lab and Mobile Compatibility Lab to give our customers confidence that our drives will work in their systems.

Western Digital currently offers the Caviar Black in 500GB, 640GB, 750GB, 1TB and 2TB capacity sizes. Newegg lists every drive in the series and the prices range from 69.99 for the 500GB drive to 299.99 for the 2TB drive that we are reviewing here today. With the 1TB Caviar Black selling for only 109.99, you will need to be prepared to pay a hefty premium for the largest drive in the series, but we suspect that even though the 2TB Caviar Black is a hot item that often sells out, the prices will start to come down within a few short weeks. 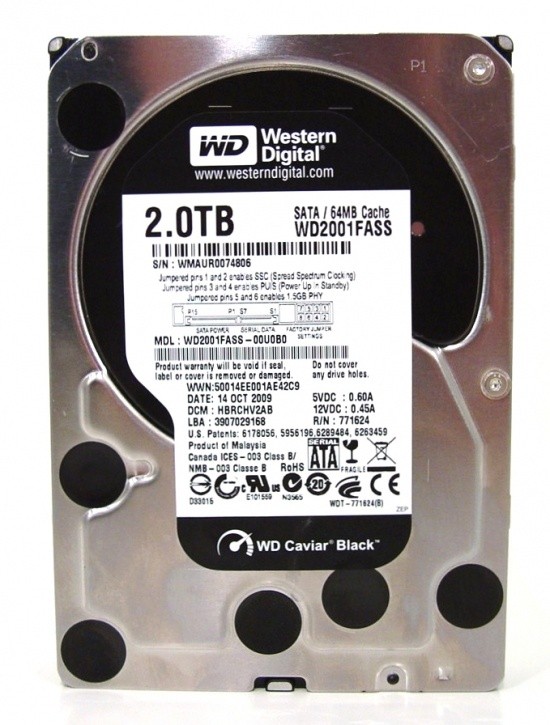 Western Digital sends their media samples in an OEM package, but we have all seen their retail packaging on the shelves of retail stores.

All of the information found on the drive is located on the top cover sticker. Here we see in large letters that the drive is a 2TB model that uses a SATA interface and has 64MB of cache. 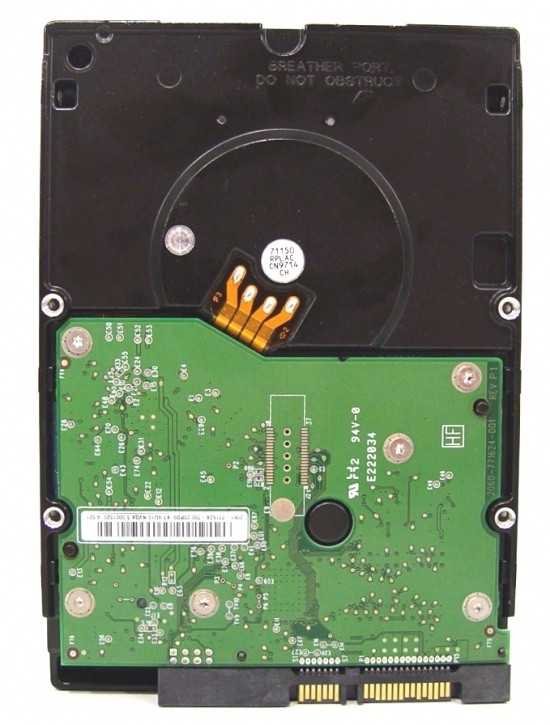 All of the components mounted to the PCB face toward the inside of the drive which helps protect them from accidental abuse (first hand experience here). This gives us little to talk about, but I would rather have a drive that is more robust instead of having something to point to.

A quick glance at the side of the drive shows that all of the standard mounting holes are present.

The Caviar Black also has the power and data ports where they should be. Let's get to the testing.

We have been testing some new products on the GIGABYTE P55A-UD4 lately and put the ASUS P6T7 WS SuperComputer on the shelf for a little while. The P55A-UD4 features USB 3.0 and SATA 6G so we were able to test both the Seagate Barracuda XT and Western Digital Caviar Black on the Intel SATA 3G and Marvel SATA 6G ports. Both drives have 2TB of capacity and are sold at the same 299.99 USD price.

If you are comparing our benchmark numbers to those of other sites, please be aware that several companies are pushing for storage products to be tested with a policy change that is found in device manager under each hard drive. The option, "Turn off Windows write-cache buffer on the device" will give you a small performance increase when the box is checked, but we feel it is dangerous since if you have a power outage all of the data in the hard drive's cache will be lost. Most users do not even know about the enhancement and we are trying to test drive performance as you, the user would see it. 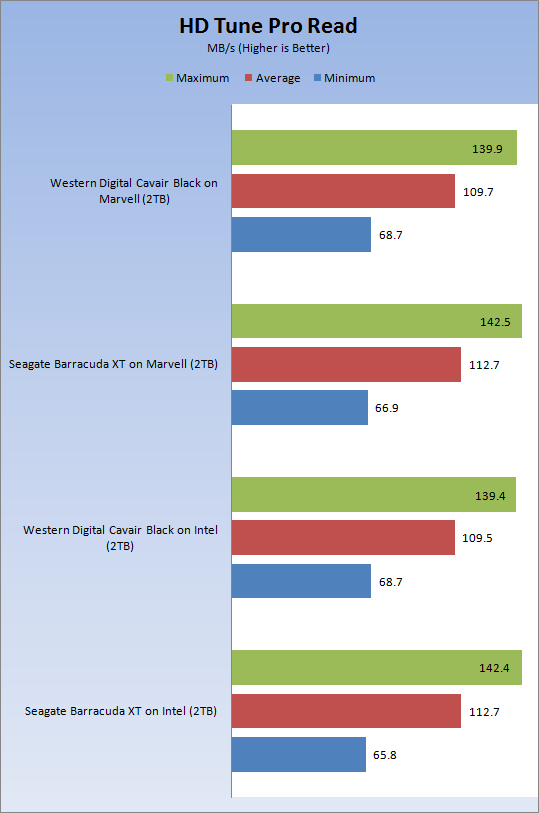 I have to admit that I am fascinated with running different drives on different controllers to see how certain combinations work better than others. Here we see that the controller really doesn't play much of a roll in the read STR speeds. Looking at the averages it appears that the Caviar Black has a higher minimum speed, but loses out to the Barracuda XT in both average and maximum. The numbers are so close together that a consumer will never notice the difference. 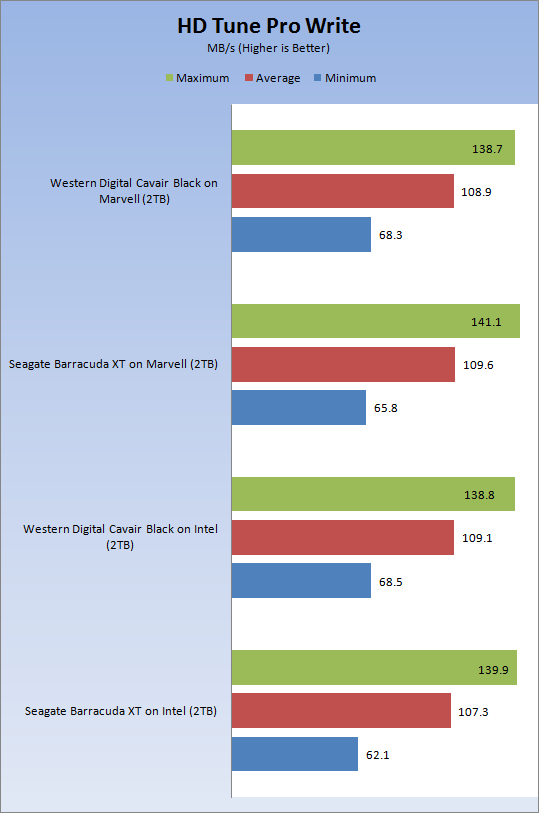 The STR write test gives us the exact same results, the Caviar Black is able to retain its performance better at the end of the run, but the middle and high end go to the Barracuda XT. 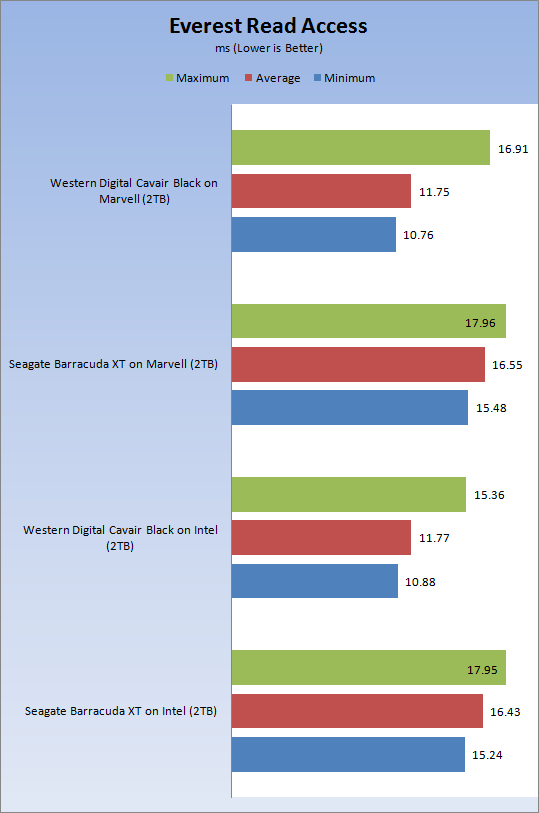 The read access times with the Caviar Black are lower than the Barracuda XT by a good margin. This amount of latency reduction would definitely be noticeable if you were using either of these drives as an operating system drive that you boot off of. 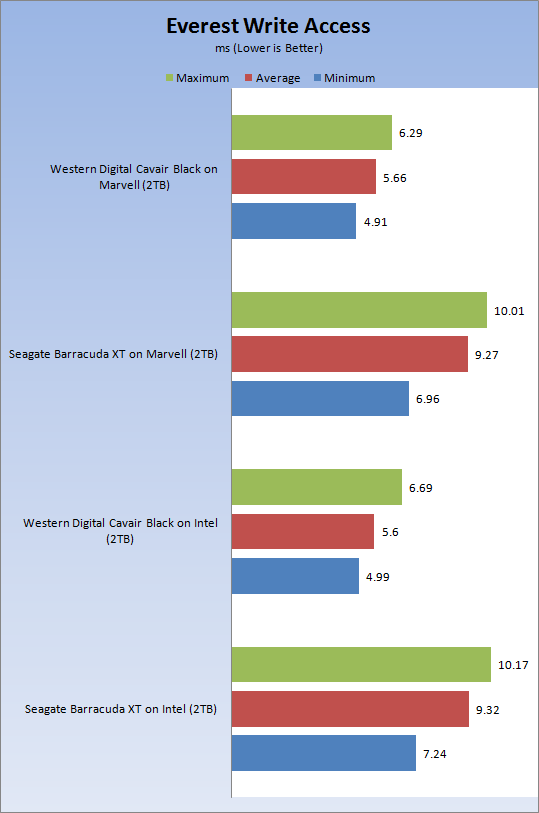 Western Digital has really done a good job with their cache and the chart shows just how much lower the write latency is compared to the Barracuda XT.

In the Windows tests we see that each drive and controller combination has its advantage in certain situations. Overall the performance crown goes to the Caviar Black which beats the Seagate Barracuda XT in many tests, even when the XT is on a SATA 6G controller. 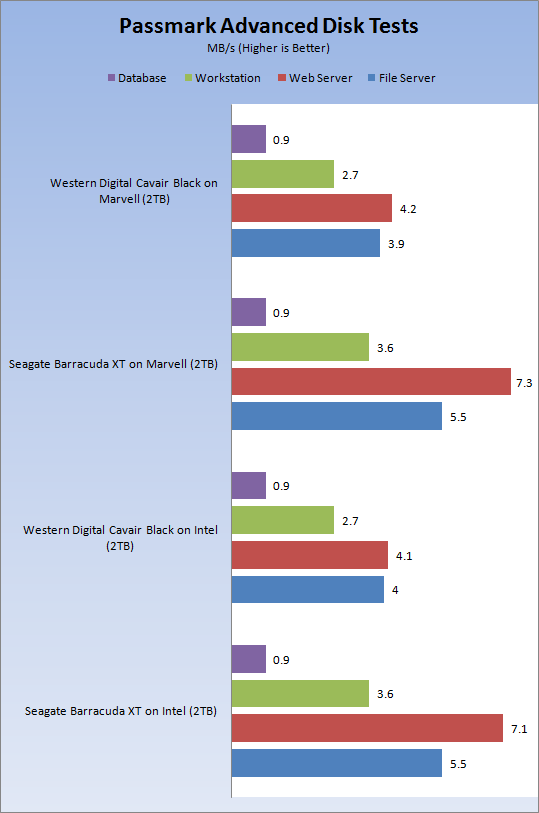 Seagate's bread and butter come from the server market so we are not surprised to see the Barracuda XT outperforming the Caviar Black in these tests. 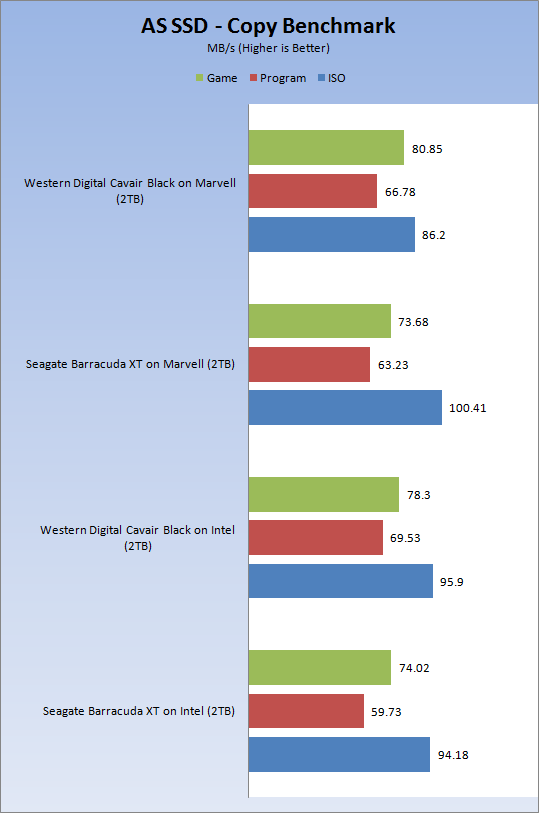 In the copy test we see that the numbers are very close with both controllers.

It is a relief to see that Western Digital was able to deliver a product with best in class performance without the need to invest in expensive SATA 6G products. Just like when the Caviar Green was introduced, we are put off by the initial high cost of ownership, but over time we should see the prices start to drop. Western Digital has been on a roll this past year with their dual controller and other technology advancements and the Caviar Black keeps the steak alive.

SATA 6G is the latest and greatest, but we found out today consumer hard drives are just not ready to take advantage of the increase in available bandwidth. The Western Digital Caviar Black 2TB managed to outperform the Barracuda XT in many of our real world tests despite using an older SATA 3G chipset. Being an apples to apples performance comparison, we can safely say that the Caviar Black is defiantly the way to go if you are looking for a 7,200 RPM 2TB drive.

The only real issue we found with the Caviar Black 2TB is the price. With the 1TB drive selling for roughly a third and the Caviar Green selling for half the cost of the Caviar Black, you are going to have to dig deep in your wallet to get a Caviar Black. At the time of writing Newegg has the drive listed at 299.99 USD, but I think we will see these prices go down at least 10% in the next month or two. With the Holidays coming up we may see a few e-tailers offering the drives for sale, so keep an eye out for sales. The Caviar Black is already a hot item, so when you do see them on sale you will need to act quickly.