The plot of The Dark Crystal is rather involved, but is essentially a classic good vs. evil tale. The evil Skeksis, a race of large bipedal bird like creatures, have annihilated the planet Thra and killed off almost all of the peace loving Gelflings. But the Gelflings have been presented with one final opportunity that may, or may finally eradicate the evil creatures.

My biggest complaint with The Dark Crystal is the lack of any human element. Where Labyrinth had puppets and human characters co-existing, this features solely puppets interacting with other puppets. On more than one occasion, the puppets' unemotional facial expressions reminded me of Team America: World Police. Unfortunately, these two issues effectively killed my enjoyment of the film and massively disconnected me from the story, preventing me from really joining in their world.

Despite the filmmakers best intent and the obvious work to create the world from scratch, ultimately, I failed to enjoy The Dark Crystal much. But I do know there is a small but dedicated fan base for this film and they are going to enjoy this Blu-ray version of the film. 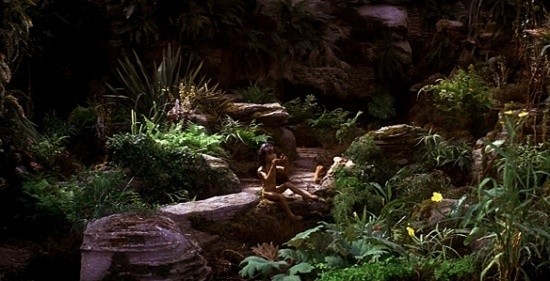 The Dark Crystal is presented in the widescreen aspect ratio of 2.40:1, encoded in AVC MPEG-4 compression.

Due to the more linear filming methods than Labyrinth, (nothing in the way of compositing, which degraded the presentation) this scrubs up a lot better. The transfer is very sharp and has a mostly consistent colour balance. However, it does fluctuate very occasionally. Sharpness is very high, but there is a fairly high amount of haze that obscures very fine detail.

Again, similar to Labyrinth, The Dark Crystal has had some obvious care and consideration taken with the video restoration and looks far better than it ever has on home video. 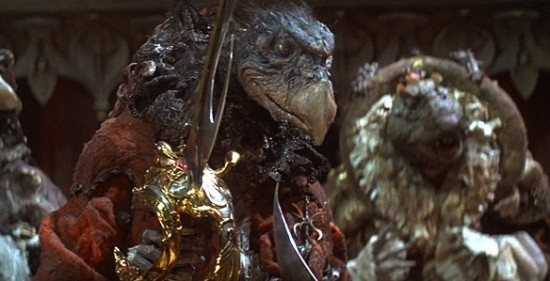 The main audio track is encoded in lossless Dolby TrueHD at 24 bits.

Similar to the audio track for Labyrinth, remastering work has been performed on the original Dolby stereo track and we have a fairly lively 5.1 mix. There's a little distortion in some of the voices, but for the most part, the original recording seems to have been kept in good shape. The score provided by Trevor Jones is mixed nicely, seeping into the rears frequently.

Overall, a pretty pleasing audio track. It would have been nice to have had the original stereo audio track as well, though, an opportunity that was also missed with Labyrinth. 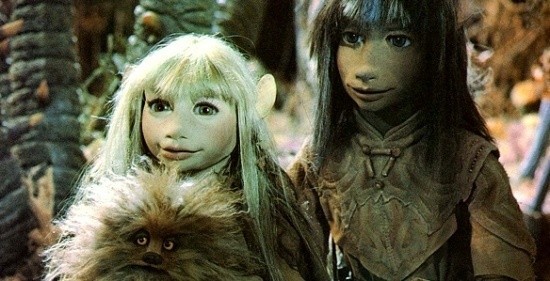 The Dark Crystal has been given a lot of attention by Sony Pictures, evident by the quality and quantity of its extra features.

First up is the Audio commentary provided by Henson conceptual artist Brian Froud. Similarly to his insightful track on Labyrinth, Froud talks in depth regarding his contribution to the film, which he has become best known for. His vision for the film didn't falter and it's why it looks as good today as it did 27 years ago.

The Book of Thra - Dark Crystal Collector Picture in Picture track is a 'follow the white rabbit' type feature which with an on screen prompt, will branch out to relevant behind the scenes snippets. I always like these features and for a world as deep as The Dark Crystals, a lot of useful information is imparted.

The World of The Dark Crystal: Making of Documentary at nearly an hour in length, is a fantastically indepth retrospective look at the film. Many of the principles are rounded up, with an emphasis on Jim Henson and his legacy, and particularly in regard to this film.

Reflections of 'The Dark Crystal: Making of documentary is another, albeit shorter doco, featuring retrospective interview footage, mixed with vintage behind the scenes footage, at around 30 mins in length. This takes a more lingering look at the puppet aspects of the film.

SkekTek's Crystal Challenge is a trivia game which runs over the entire length of the film, asking questions as it goes. I didn't understand the film well enough to do well at this; die hard fans only should apply.

The Picture-in-Picture Storyboard Track leaves little to the imagination. During the film a small window substantiates over the screen, showing character designs, early artwork and other designs. Some of the work is intricately beautiful, while others are hideous and horrifying.

Test Scenes - Original Skeksis Language is 20 minutes of Skeksis gibberish. Apparently their language was going to be a little different than what was settled on.

Unfortunately missing from the previous DVD is the theatrical trailer. Sony did this on Labyrinth and again here. Annoying. 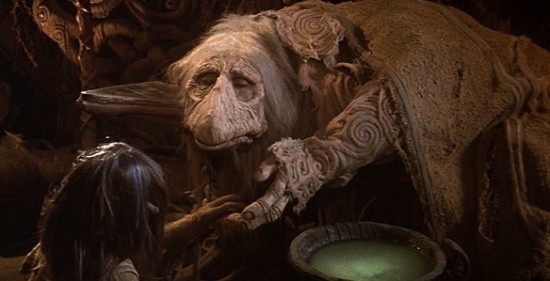