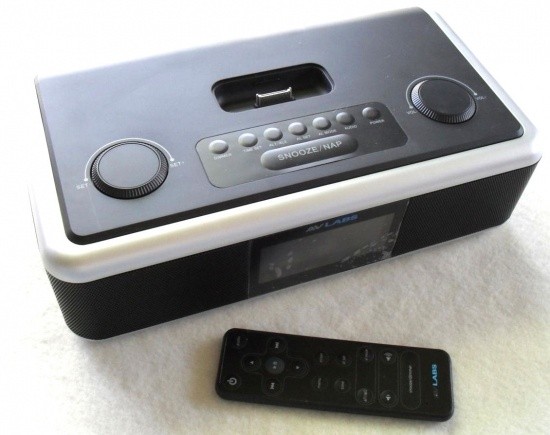 
AVLabs mission statement is to provide "innovative peripherals in world class packaging", which seems an interesting proposition given the budget nature of this product.

Furthermore, they enlist a team of 'young guns' to "expand audio/video and PC consumer convergence", whatever exactly that means; I'm not entirely sure.

Anyway, as they say in the Air Force; "Onward and upward we go!" with another product analysis.

Right then, let's take a close look at the contents of the package and see what's included.

The packaging this unit comes in is quite tough as far as small boxes go I guess. 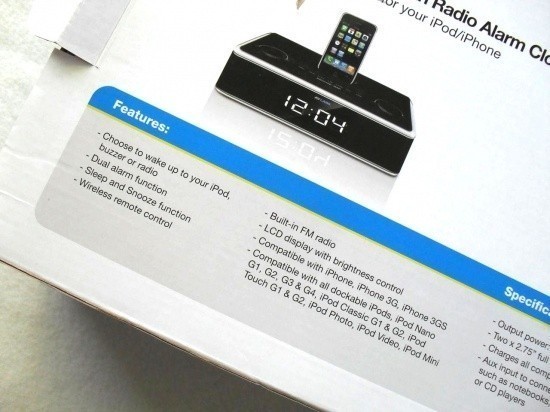 On the front of the unit is a nicely presented photograph of the unit. Unfortunately the thing that gets your attention the most is the iPhone which of course is not included. 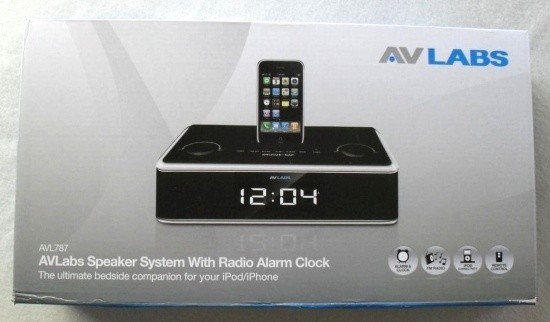 However, without the phone in the picture there wouldn't be much to look at, so I guess that answers that.

The rear of the package features a spec list and run down of what's included and what can be expected in terms of compatibility. Aside from that, though, there is not much else. So let's take a look inside.

Inside the package things are quite well packed, with the unit being the focal point alongside a selection of small cables and a remote, along with a product manual. 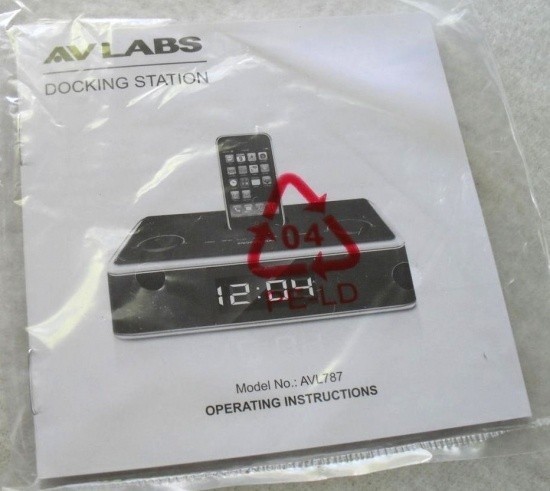 Now, the jury is still out on whether it warrants a mention in the mission statement, but I can assure you that it does not live up to the claim of being "world class" packaging. 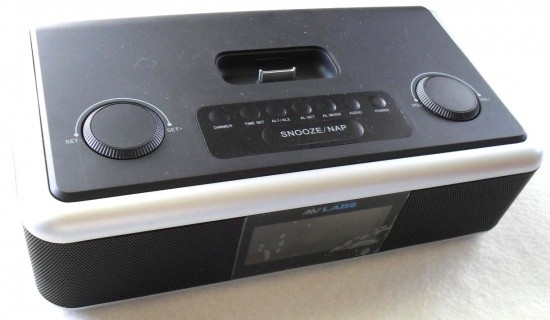 Well, I can see a lot of 'Not Applicable' there, so this could be a record for the shortest 'tech over' I've ever done.


So what do we have to work with here? Well, there are two 2.75" drivers, which are side ported with a small opening on either side of the unit. 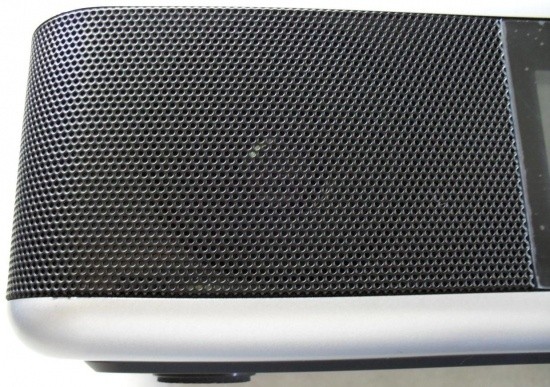 Power figures come in at a hefty 6 watts x2 which could be peak or RMS, but no-one knows because it's not listed.

I have said before that it's not the size of the spanner, it's how agile your wrist is; but not here I'm afraid as these figures just plain suck.

So what else does this do? Well, it's an ipod dock which supports just about every ipod as well as the iphone. It also supports FM radio and has dual alarm, snooze and a wireless remote (wireless remote? Come on, it's nearly 2010). Maybe they make 'colour TVs' too.

It will also charge your ipod, has a dimmer on the LCD, as well as an AUX for MP3 players and other music devices you may have.

Unfortunately there is not a whole lot more to say in terms of audio goodies inside. 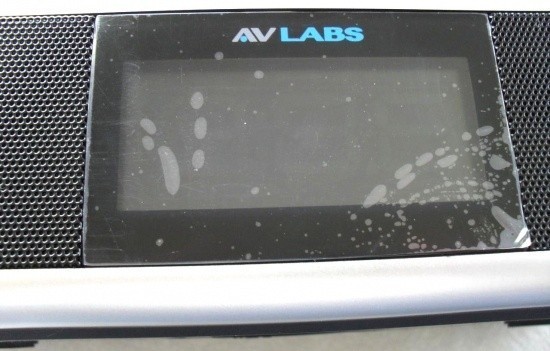 So let's take a look at how the setup and installation went.

Once the unit has been taken out of its package and the cables and remote have also been removed, it's time to setup and see how the unit functions. 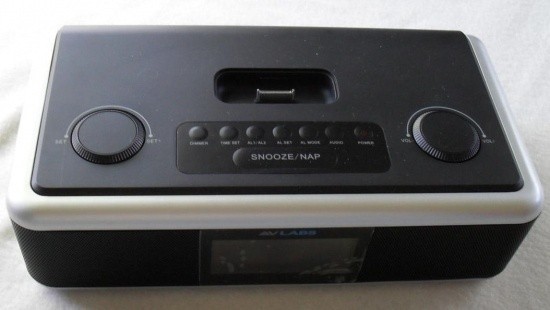 Although this device has a battery compartment on the underside, I would suspect that nearly everyone will use the wall adaptor in order to send it power. 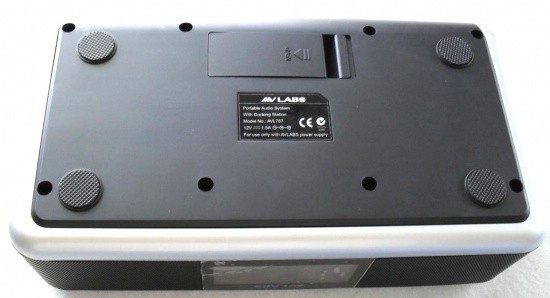 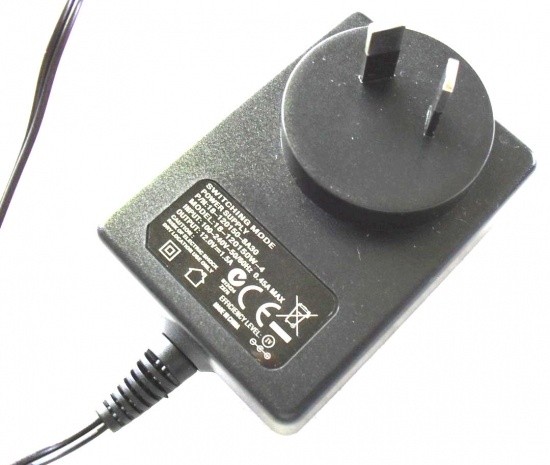 Once the adaptor has been connected and the device has power sent to it, the next task is to decide what you will be listening to. Now, a quick note; this unit supports connection of an aerial in order to listen to the FM radio function, but does not include a built in antenna or an external one with the packaging, so the user must source one out.

For my testing purposes i simply used the supplied stereo mini-jack to connect the unit to my Mac, which is a very simple thing to do indeed and will provide me with everything I need to know about how it sounds. 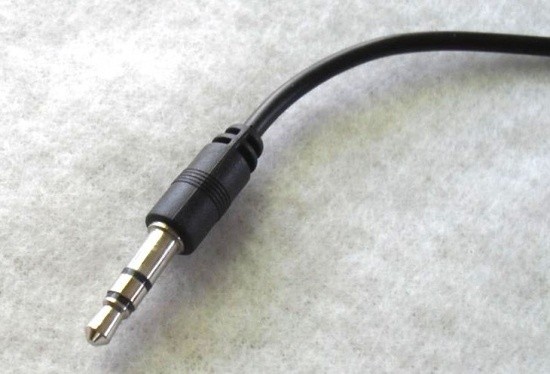 Now, if you are a user of the infamous ipod or iphone, simply dock it into the top of the unit and you're ready to go. Nothing difficult what so ever; I would not expect any user to have problems when getting the unit up and running with whatever source is applicable.

We'll do our best to approach our testing of the AVLabs Bedside Companion whilst keeping in mind that it's targeted at a novelty audience and not a hardcore user. 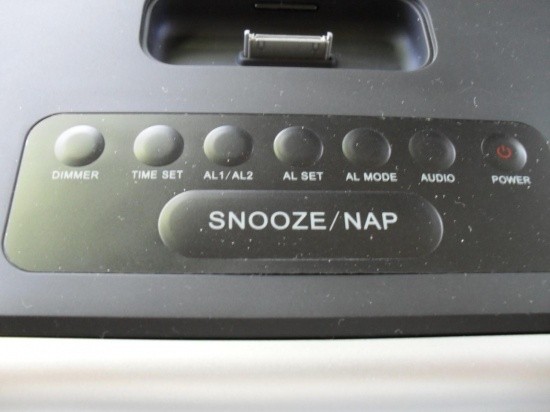 In the case of this unit from AVLabs, we do not have a great deal to work with in terms of dedicated high-end frequency reproduction. The two 2.75" drivers are both full range, meaning they will receive the whole frequency being sent. 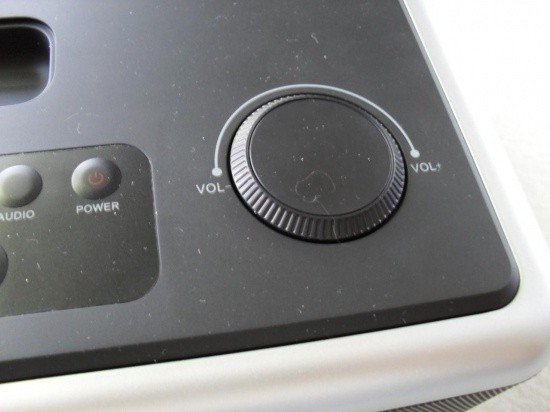 This method is easy to implement and is low cost; simple. One of the ways it achieves this is by eliminating an internal crossover network. Less parts means it's cheaper to make.

So, how well does the AVLabs unit reproduce high end frequencies? The short answer is not terribly well. There is a presence of 'some' high range frequencies, but they are wafer thin and fail to add any emotion to the music. I also suspect they would not venture very high into the upper frequency range, which is why the top end has a harsh and brittle quality.


Middle of the road

Without having dedicated mid range drivers charged with the duty of reproducing mid range frequencies, this little system is going to struggle from the start I'm afraid.

During my testing the mid range sounded as it should, given the specs of the product. And that is it's largely absent from the experience.

But with such a small full range driver, of what I suspect to be marginal quality, the mid range is very hard to appreciate and fails to create any natural musical tones which should have been present during listening.

Bass is an all important factor with any sound system, whether it be for a dedicated music system or multi-purpose home theatre, right the way through to small bedside systems like the one I'm looking at today. 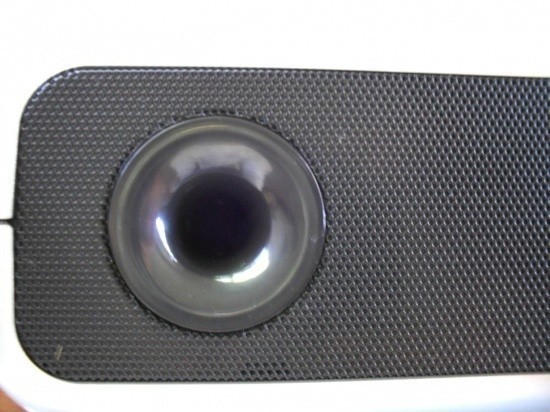 Much in the same way as the mid range frequencies, the low end is destined to suffer a similar fate.

Due to the very small size of the drivers being used here, gaining any useful low end is a pretty hard task. Even with the use of the two small bass ports located on either end of the unit, it's just not going to cut it and does not assist in adding the required punch to allow this to be a quality system for listening to music.

I'm not totally convinced that this 'uber budget' market sector is going to last very long. I personally think that given the design, packaging, shipping costs etc. of a product like this, it cannot be viable to manufacture something of such low quality. I just cannot imagine how it would be worth it in the long run, not to mention how important reputation is with these smaller companies.

Also included with this system is an FM radio, but unfortunately you have to source out your antenna. Why it is not built in is a mystery and further adds to my theories of how much of a low end device this is.

So, if you can be bothered, you have a radio as well as support for your ipod. The unit does feature a small remote control which is very light and does seem to be a bit of an afterthought, although it served its function for me. 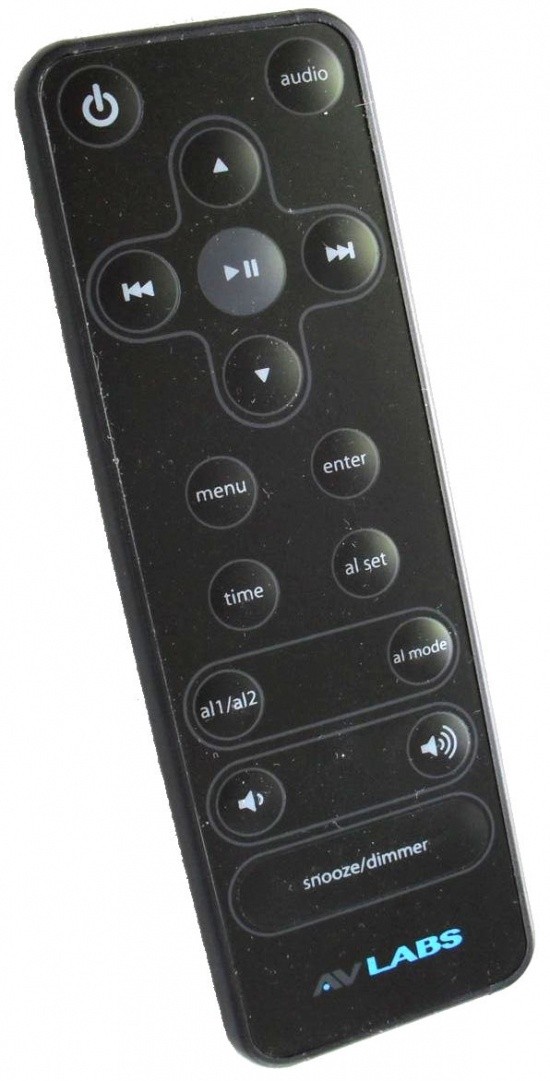 So to recap, there is an aux port at the rear for connecting a music device that is not one of Apple's (i.e. ipod, iphone, etc.). For Apple devices there is of course the port at the top. And as a secondary option there is the FM radio.

Don't forget, though; it's also an alarm clock with a decent sized LCD on the front and it is blue rather than red which most bedside alarms seem to be.

The AVlabs Bedside unit is not a product that I'm going to recommend today unfortunately. 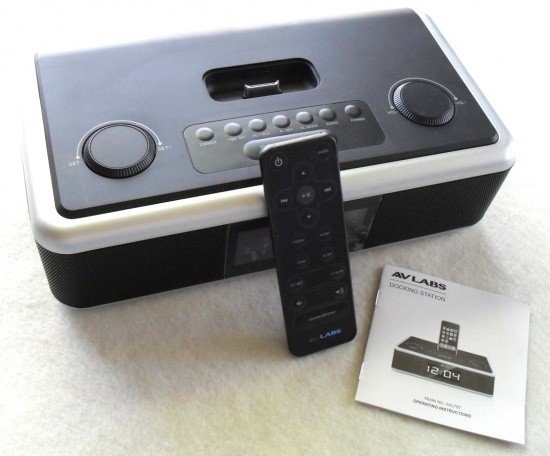 Initially, the price of $150 AUD seems quite enticing, but there are a plethora of shortfalls included with the RRP.

The build quality is really quite low, certainly not in keeping with the product it's meant to be accompanying from Apple. Thin cheap plastic is the order of the day and the control knobs feel ever so cheap and nasty to boot. 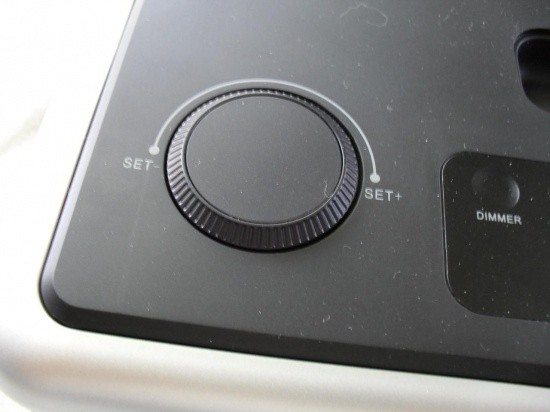 Unfortunately things do not get much better as we moved on to audio quality and the choice of audio equipment chosen. My listening tests were forgettable to say the least, bordering on painful.

I might be considered a bit of a hardliner here. However, I ask; what's the purpose of putting all that energy into the manufacturing process of something of this quality? - In this day and age, there should be green house tariffs regulating the production of this stuff. However, if AVLabs have something in the works of decent quality, bring it on! If not, then next please....