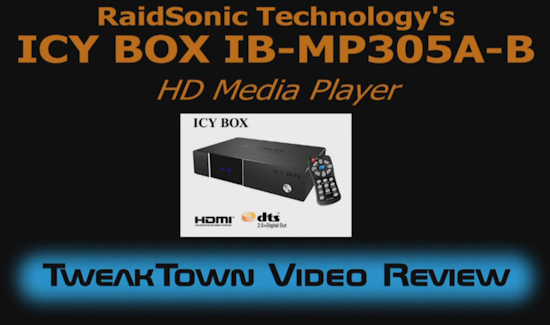 Tagan is a company who became famous by producing a wide range of high quality power supplies in Europe and other regions around the world. The company has since kind of split up a little and created a range of different divisions, one of them being RaidSonic Technology that is based out of Germany.

We recently got the RaidSonic Icy Box IB-MP305A-B Network Multimedia HD player in for some video review action and we put it through its paces to find out if it's any good and if it's worth your dollars or not.

You would think that using the same chipset would make each device very similar. If you did think that, you would be partly correct, as some things are quite similar. However, what's different between each of the media players is the type of output connections you have as well as menu interface and other software based features. This is where the Icy Box jumps out ahead of the pack, in our opinion.